Accessibility links
People Are Trying To Donate To Detained Migrants. Border Patrol Won't Accept It After hearing claims that detention centers are housing migrant children in unsanitary conditions, people are attempting to provide them with supplies. 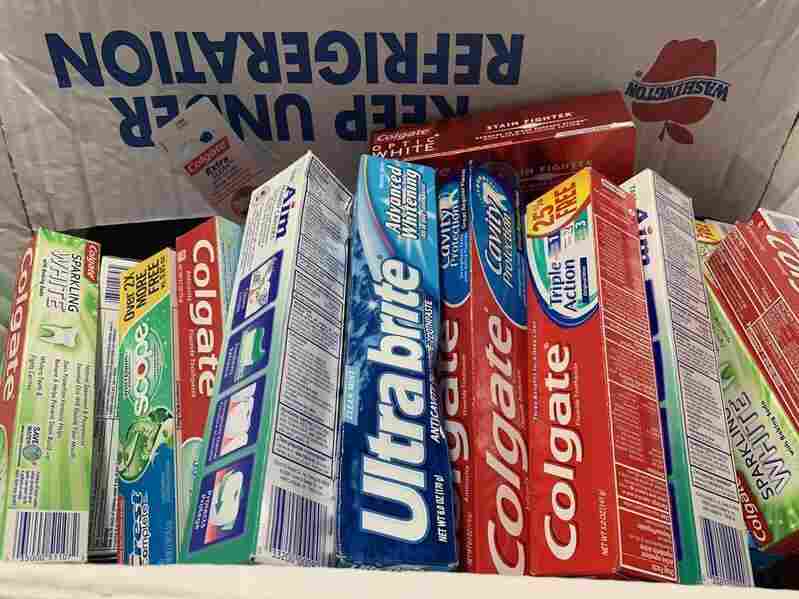 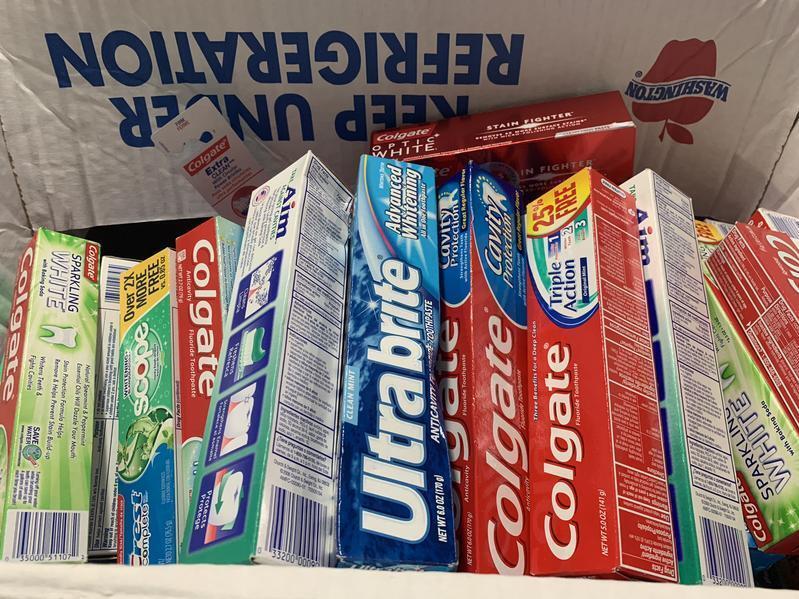 Border Patrol is refusing to accept donations like toothpaste and soap to its detention centers.

When Austin Savage heard about the migrant children who said they didn't have toothbrushes, soap or enough to eat at a nearby Border Patrol station, the concerned resident headed to the store. He loaded up a van full of toiletries, diapers and other supplies and drove to the facility in Clint, Texas.

But he said the agents in the parking lot refused to speak to him.

"The agents were just choosing to ignore us," Savage said, adding that he tried on Sunday to deliver the donations and again on Monday. "And neither attempt was successful."

Savage isn't the only one who says acts of kindness have been rebuffed by the Border Patrol. A state lawmaker also says the Border Patrol informed him that the agency doesn't take donations when he asked how his concerned constituents could help.

The outpouring of concern stems from allegations that more than 300 children — from infants to teenagers — were being detained at the West Texas station without adequate food, water and sanitation.

Advocate lawyers who toured the facility said they saw children who were filthy and older kids caring for infants, and that the children described a lack of basic necessities. The lawyers are allowed into the detention centers under a federal court-enforced settlement aimed at ensuring children aren't mistreated.

A Customs and Border Protection official told reporters on Tuesday that officials were working with the agency's Office of Chief Counsel to determine whether Border Patrol stations can legally accept donations. The Border Patrol did not respond Wednesday to further requests for comment.

The official also denied the allegations that children didn't have access to food, showers and necessities and said the agency isn't running low on supplies.

State Rep. Terry Canales, a Democrat who represents Hidalgo County in South Texas, said when he reached out to Border Patrol officials, hoping to work out an agreement that allows nonprofit groups to donate supplies to detention centers, he thought the response was ridiculous.

Canales said he is concerned the conditions at the Border Patrol station are unsafe and that the children "lack the basic necessities of diapers, toothbrushes, towels because they're not showering."

The CBP officials said that the Border Patrol stations were designed in the 1990s and early 2000s, without showers. He said they brought shower trailers to the site and that children can shower at least every three days. He also said they provide snacks and hot meals including burritos and ramen noodles.

Canales said any child in U.S. custody should be treated with care, and he intends to work with federal officials to change the policy on donations.

Savage isn't either giving up, either. He said he is going to keep trying to get supplies to detained kids.

The Border Patrol is supposed to transfer migrant children within 72 hours to child shelters overseen by the Department of Health and Human Services. About 250 were moved from the Clint station after the allegations surfaced, but 100 were moved back because there wasn't room in HHS shelters.