Enlarge this image
Courtesy of Fantagraphics

When young urbanites move into poor neighborhoods in search of cheap rents and local color, they often get more than they bargained for. What they don't usually get are body parts spilling over toilet bowl rims and face-eating tentacles crawling out of ventilation systems. That's the kind of visceral revenge meted out in BTTM FDRS, Ezra Claytan Daniels and Ben Passmore's comedic horror comic. Daniels, who wrote BTTM FDRS, and Passmore, who illustrated it, wanted to distill the complex politics of gentrification into digestible (well, really fairly indigestible) form. 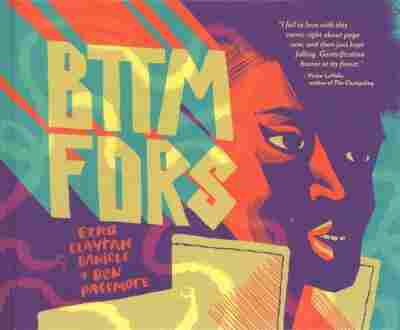 Daniels told me that gentrification was on his mind a lot when he began the project. "I think it's the same with a lot of people living in big cities and dealing with the ramifications from gentrification — not only in terms of finding cheap places to live, but also their complicity in gentrification. This was a way for me to deal with those issues. I wanted the bad guys to get their comeuppance in a way that was cathartic but also entertaining — a way that just doesn't happen in real life."

It's set in Chicago, right? Is Chicago's particular pattern of gentrification reflected in the book?

Daniels: I think so. A lot of the book is a love letter to my time in my early 20s in Chicago. It's very true to my experience of Chicago, which obviously isn't everyone's experience. I moved to Chicago from Portland, Oregon, and I'm a person of color. I was moving to neighborhoods that were cheap because that's all I could afford.

I think it's the same with a lot of people living in big cities and dealing with the ramifications from gentrification — not only in terms of finding cheap places to live, but also their complicity in gentrification. This was a way for me to deal with those issues.

As artists, you both belong to a group that can take the lead in gentrification and can also get pushed out of gentrifying neighborhoods. Have you yourselves ever been gentrifiers?

Passmore: That's really the first wave, things that [cause] blight, like white flight. And then transplants, people like me. I was out of art school, trying to be a professional artist, and I moved to New Orleans, which was a cheap city and also a really culturally vibrant one. And it definitely became hard. I ended up squatting after a bunch of years and part of that was because rents increased as other kinds of people moved in, and I wasn't able to pay the rent anymore.

But I mean, the real way of gentrification is deregulation, or laws that prevent rent stabilization, that make home ownership really hard for certain kinds of people. It's subsidies that go to real estate, you know, like people that are buying property wholesale.

Daniels: The conclusion that I came to is that artists are definitely complicit and play a role in gentrification, but they simply don't have the power or the capital behind them to bear the brunt of the blame. An analogy that I use is, it's like blaming slumping company profits from a company that has a $40 million a year CEO on the bottom tier workers demanding higher minimum wage. 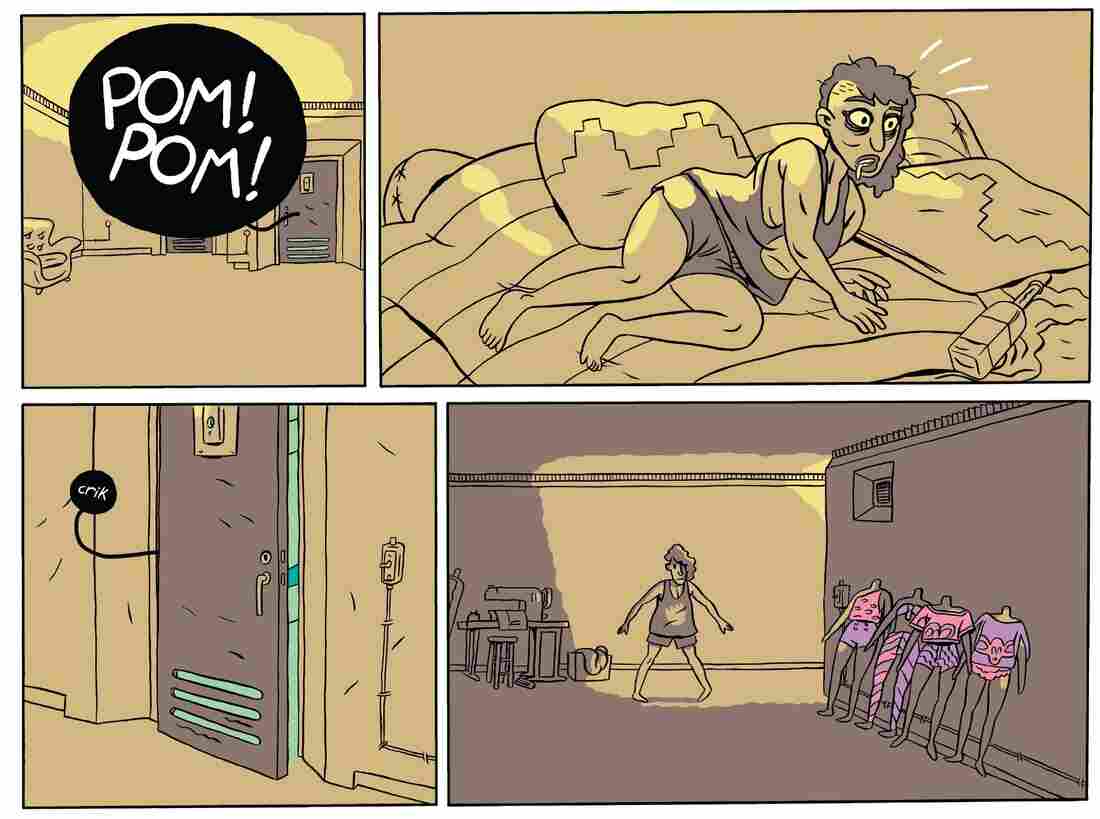 Do you believe that someone who moves into one of these neighborhoods can do anything to compensate for the effect of their presence?

Daniels: Yeah, I think so ... Engage the community and get to know your neighbors in a meaningful way. The most important thing is to keep money in the community, so support local businesses. Don't order all your food from Grubhub from neighborhoods like three neighborhoods over, because you can't get whatever ... fancy deal you want to eat for dinner. I think those kinds of things are crucial.

Ultimately, it's not enough to spend your money somewhere else or learn the local lingo. If people move into the community, they have to commit to those communities.

Passmore: I shouldn't disagree with Ezra in an interview, but I think one thing that has to be acknowledged [is] that there are a lot of black local business owners that help gentrification by selling their businesses or sort of catering to new people. I think the solution for gentrification is to end the logistical benefits of white supremacy. And I think that's a project that requires everybody, white people more than anyone else ... Ultimately, it's not enough to spend your money somewhere else or learn the local lingo. If people move into the community, they have to commit to those communities.

You address these issues through horror and humor in Bttm Fdrs, Ezra. Why choose the horror genre?

Daniels: Well, first of all I just like horror and I feel really comfortable with that genre. But I think historically, horror and science fiction have both been used to approach difficult topics ... look at something like The Twilight Zone, which was historically a way Rod Sterling could approach ideas like race, racial inequality, gender inequality through the sci-fi lens so he could get it past the censors; so he could actually get these ideas aired ... That's always been a huge influence on my work.

Something that I appreciate about this book ... is that it doesn't give people that feel culpable — in things like racism, gentrification, white supremacy — it doesn't give them this avenue to jump [over] being emotionally present.

Passmore: Something that I appreciate about this book and I appreciate about movies like Get Out ... is that it doesn't give people that feel culpable — in things like racism, gentrification, white supremacy — it doesn't give them this avenue to jump [over] being emotionally present, and like the horror of it, and go right to solutions. ... Things like Bttm Fdrs, because it is ... fictional, people just have to live in, like, the horror of the things that people are talking about — in addition to the weird tentacles.

A lot of people these days say horror is having a "moment." Do the two of you think that's true, and if so, do you think it's good for horror?

Passmore: A lot of black men my and Ezra's age found visibility in the wings, outside of the mainstream culture ... and it seems like genre culture is generally part of the main culture now. 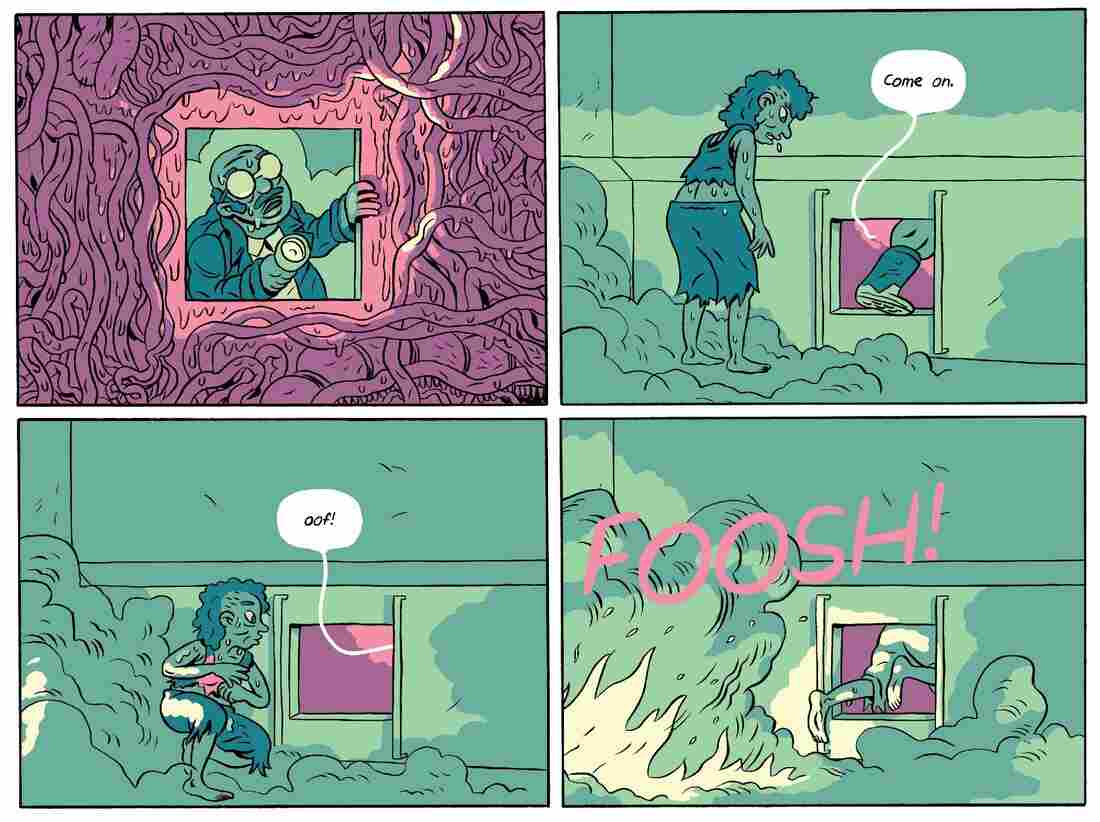 Even though it's horror, Bttm Fdrs isn't a dark book. In part that's because of your bright, unreal colors, Ben. Why do you use them?

Passmore: I have a fascination with non-literal coloring. I think for me, doing a horror comic, the way people generally color them is pretty gritty, like lots of browns or heavy blues. And I felt like I didn't want people to expect horror while reading it ... to be like, "OK, this is shorthand for a scary moment" ... I kind of wanted to throw people off the whole time.