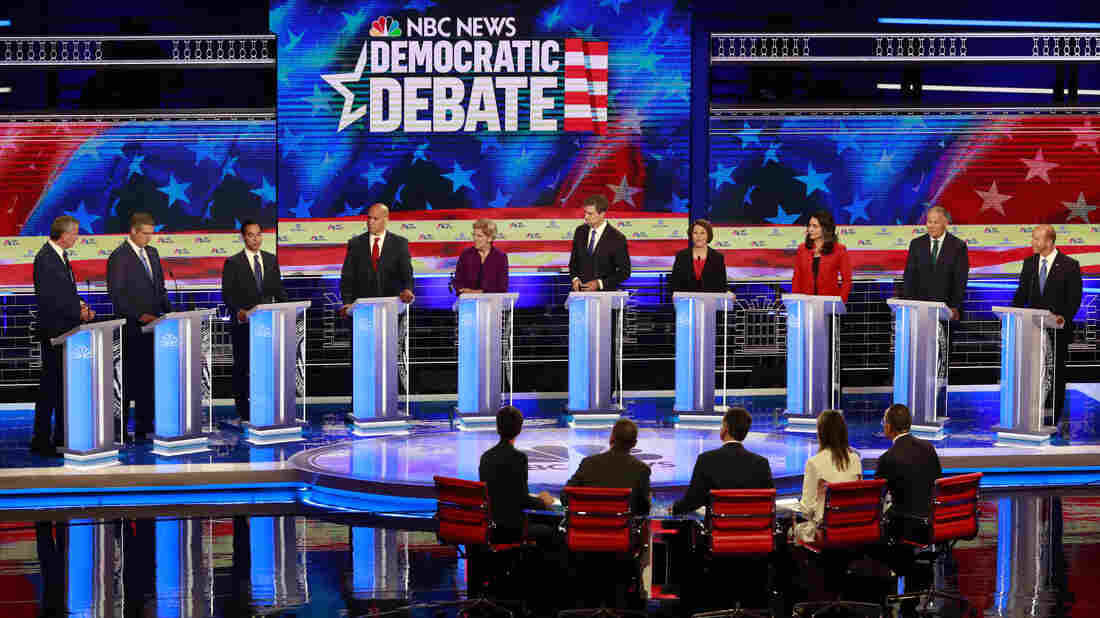 Democratic presidential candidates take the stage during the first night of the debate in Miami. The contenders want to see who can be the most generous when it comes to alleviating higher education costs. Wilfredo Lee/AP hide caption 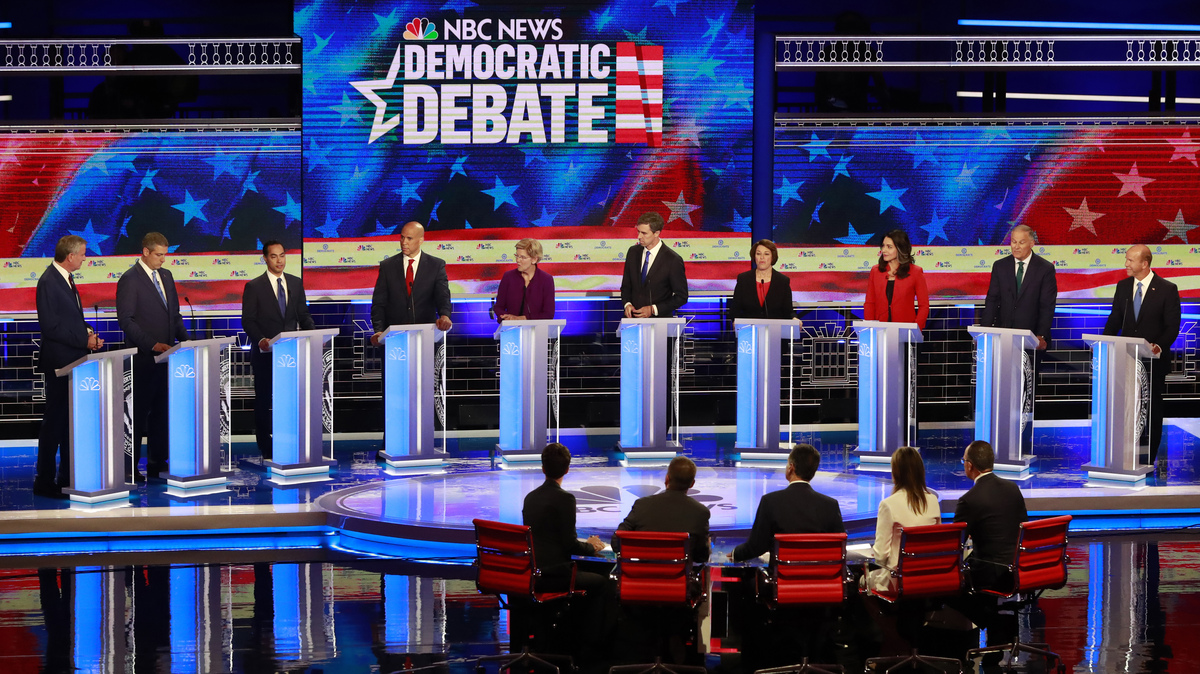 Democratic presidential candidates take the stage during the first night of the debate in Miami. The contenders want to see who can be the most generous when it comes to alleviating higher education costs.

During the 2016 election, Bernie Sanders stood out as one of the first major presidential contenders to call for making college free.

For 2020, Sanders is at it again. Ahead of tonight's debate, he proposed not only eliminating tuition at public colleges, but canceling Americans' outstanding student loan debt — all $1.6 trillion.

"This proposal will make it possible for Americans to get all the education they need regardless of their financial status," Sanders said at a press conference on Monday, introducing a bill — the College for All Act of 2019 — that would amend the Higher Education Act of 1965.

But this time, Sanders is far from alone among the candidates for the Democratic presidential nomination. Massachusetts Sen. Elizabeth Warren has released detailed plans for free college and student debt relief. 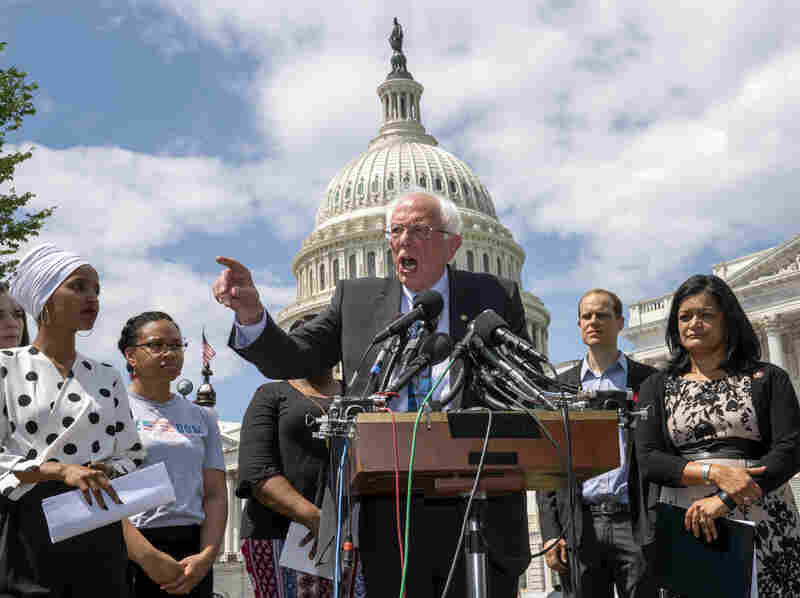 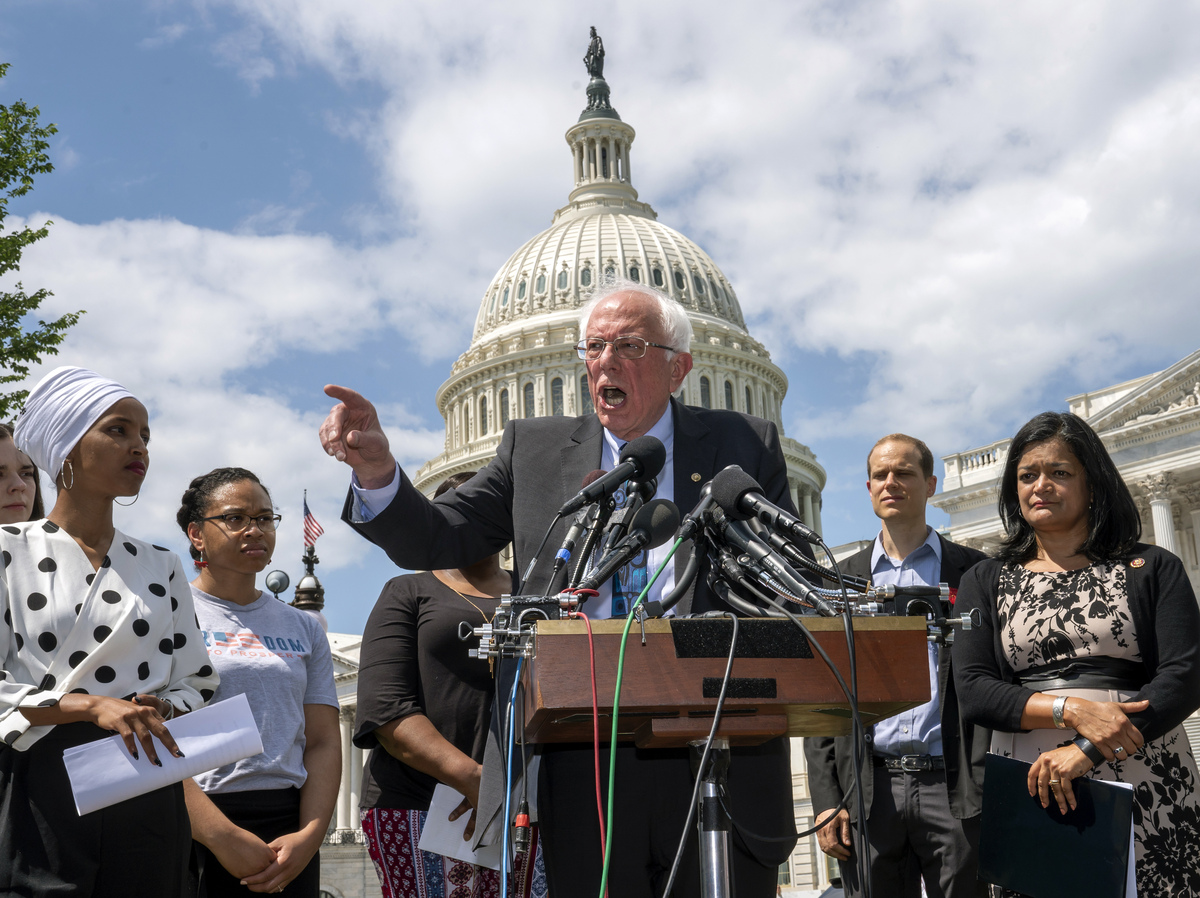 In her closing statement during last night's debate in Miami, she talked about how she was able to achieve her dream of being a special education teacher by attending a "$50-a-semester commuter college" at the University of Houston.

She, along with Sens. Cory Booker, Kamala Harris and Kirsten Gillibrand, have co-sponsored related bills, the Debt-Free College Act and a 2017 version of the College for All Act.

Kevin Carey, who directs education policy at the nonpartisan think tank New America, calls the 2020 Democratic field an "arms race" for "who can be the most ambitious and expansive when it comes to tackling the cost of higher education."

But, he says, there are important differences among the candidates' proposals — and of course roadblocks along the way. There are questions of equity, fairness, cost and feasibility, as well as the question of which plan will attract the most voters in this early stage of the game.

When it comes to feasibility, although they are mentioned in the same breath, there is one big difference between tuition-free and student debt relief proposals.

The federal government runs the student loan program, but it doesn't run public colleges; states do.

If 'Free College' Sounds Too Good To Be True, That's Because It Often Is

That means a president can propose matching funds and incentives — as both Warren's and Sanders' plans do — but they can't force states to abolish tuition.

Carey, at New America, compares the situation to what happened when some states refused to increase access to Medicaid despite federal incentives under Obamacare. "States are willing to leave money on the table if they don't want to expand their own spending," he says.

But Sara Goldrick-Rab, a sociologist at Temple University who focuses on the question of college affordability, disagrees. She thinks the federal student aid programs provide plenty of "leverage" over colleges and universities to incentivize them to eliminate tuition.

Be that as it may, student loan plans are different from free college. Congress has the power to write off outstanding student debt. That's what Warren and Sanders have called for. They both say forgiving hundreds of billions of dollars in debt will stimulate the economy, allowing more millennials to buy homes and start businesses.

The objection some critics raise to student loan forgiveness is about fairness.

Warren's plan is targeted by income toward those earning less than $100,000. It allows no more than $50,000 of loan forgiveness per person. That makes it cheaper than Sanders' plan to write off all student debt, while still forgiving 75% of outstanding debt.

Both candidates, by the way, say that they would pay for the plans with new taxes — on the wealthy for Warren, or on Wall Street transactions for Sanders.

But neither Sanders' nor Warren's student debt relief proposals put any money in the pockets of people who never attended college in the first place (those who would be less advantaged as a group) or who never took out loans to do so (those who tend to be more advantaged).

Another issue is graduate students. About 40% of outstanding student loans were taken out to attend graduate school, and Carey points out Sanders' plan amounts to a one-time write-down of those loans with no plans to do anything similar in the future.

Laura Hanna of the activist group the Debt Collective says that's not the point. Full debt forgiveness is a matter of principle, she says. "We think education is a right. It should be free to everybody."

Hanna's group has been organizing for the cancellation of student debt since the height of the Occupy Wall Street protests in 2012. Their members appeared alongside Sanders and several House members at Monday's press conference announcing his debt forgiveness proposal. They are part of the youth and activist base that have transformed student debt into an issue, she says, that won't be ignored in this election cycle.

"There's real anger and frustration around it. This is an issue that candidates aren't going to be able to avoid."