Accessibility links
Democratic Debate In 100 Words: Recap Of The First Night Just catching up? Here is what you need to know about the first night of the Democratic debate in Miami. 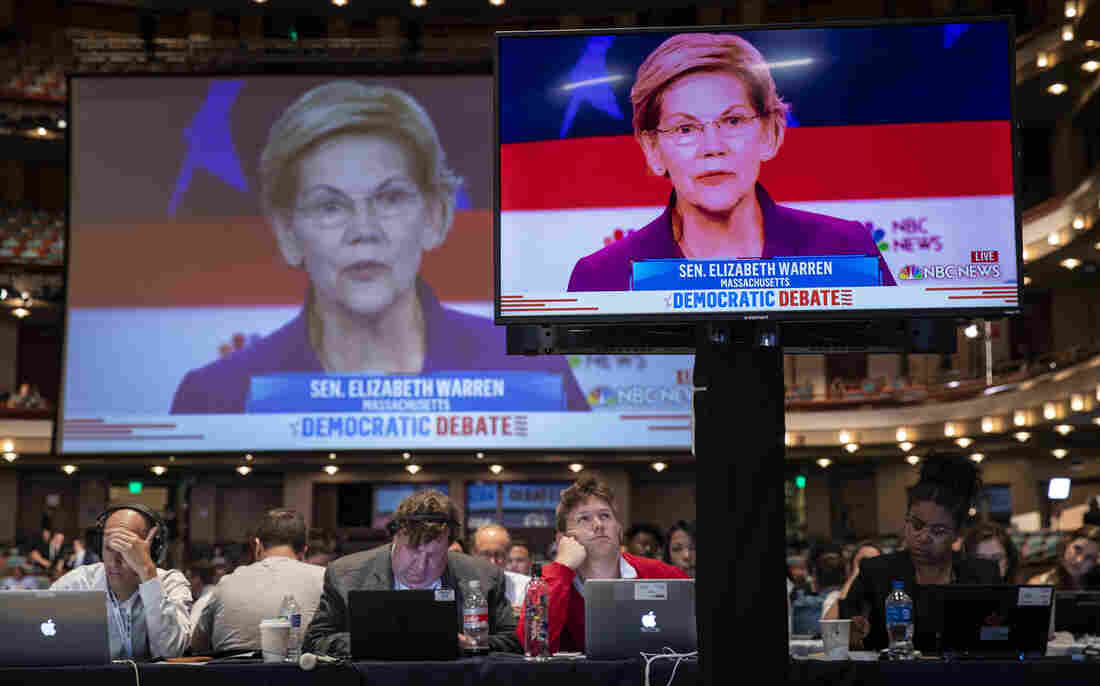 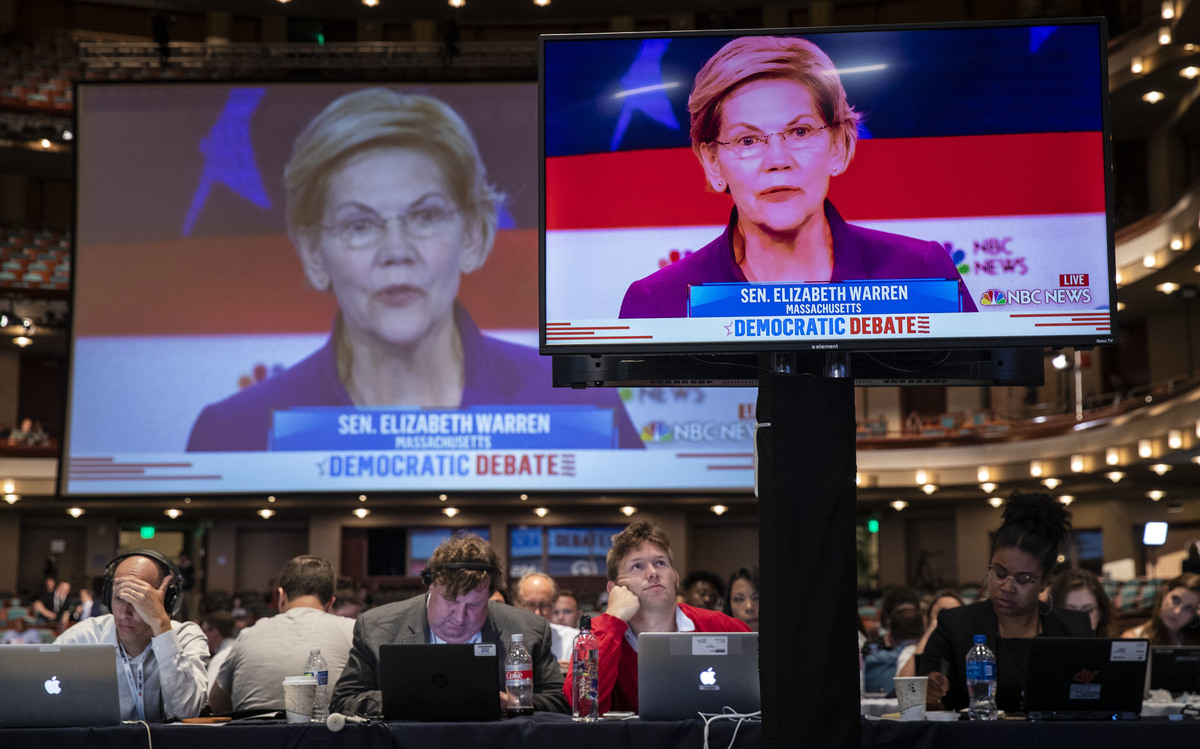 Massachusetts Sen. Elizabeth Warren controlled the debate early with a progressive policy pitch. She and New York City Mayor Bill de Blasio said they would eliminate private insurance in favor of "Medicare-for-all." Former Housing and Urban Development Secretary Julián Castro was aggressive on immigration, backing decriminalizing illegal border crossings. Minnesota Sen. Amy Klobuchar pointed out the three women on stage had long protected abortion rights. Candidates focused on how to take on Senate Majority Leader Mitch McConnell more than Trump. Most thought climate change and China are the biggest threats. And the mics messed up halfway through, while Trump said the debate was BORING!

There was a lot of Spanish used in Wednesday night's debate.

Warren detailed how she'd fight Mitch McConnell, who has repeatedly (and proudly) killed Democratic priorities in the Senate.

Yeah—@ewarren even has a plan to deal with Mitch McConnell. #DemDebate pic.twitter.com/CymR0WfH3F

Inslee: "I'm the only candidate here who has passed a law protecting a woman's right of reproductive health and health insurance."

Klobuchar: "I just want to say there's three women up here who have fought pretty hard for women's right to choose." #DemDebate pic.twitter.com/7bNJGAn5N3

Inslee explained why he's making climate change the central focus of his campaign.

De Blasio talked about racial profiling and gun violence and how it's become real when talking to his son, Dante.

Booker explained why the issue of gun violence resonated so much with him, and why "thoughts and prayers" aren't enough.

Booker on gun violence: "It is time that we have bold actions and bold agenda ... this is not about policy, this is personal" #DemDebate pic.twitter.com/7l2lLIOOXl