Accessibility links
Teeth Of Ancient Crocs Reveal Some Likely Ate Plants What do you imagine an ancient croc snacking on? Maybe a fish or a bird? For some relatives of modern crocodiles, a safer guess would be a big bunch of flowers. 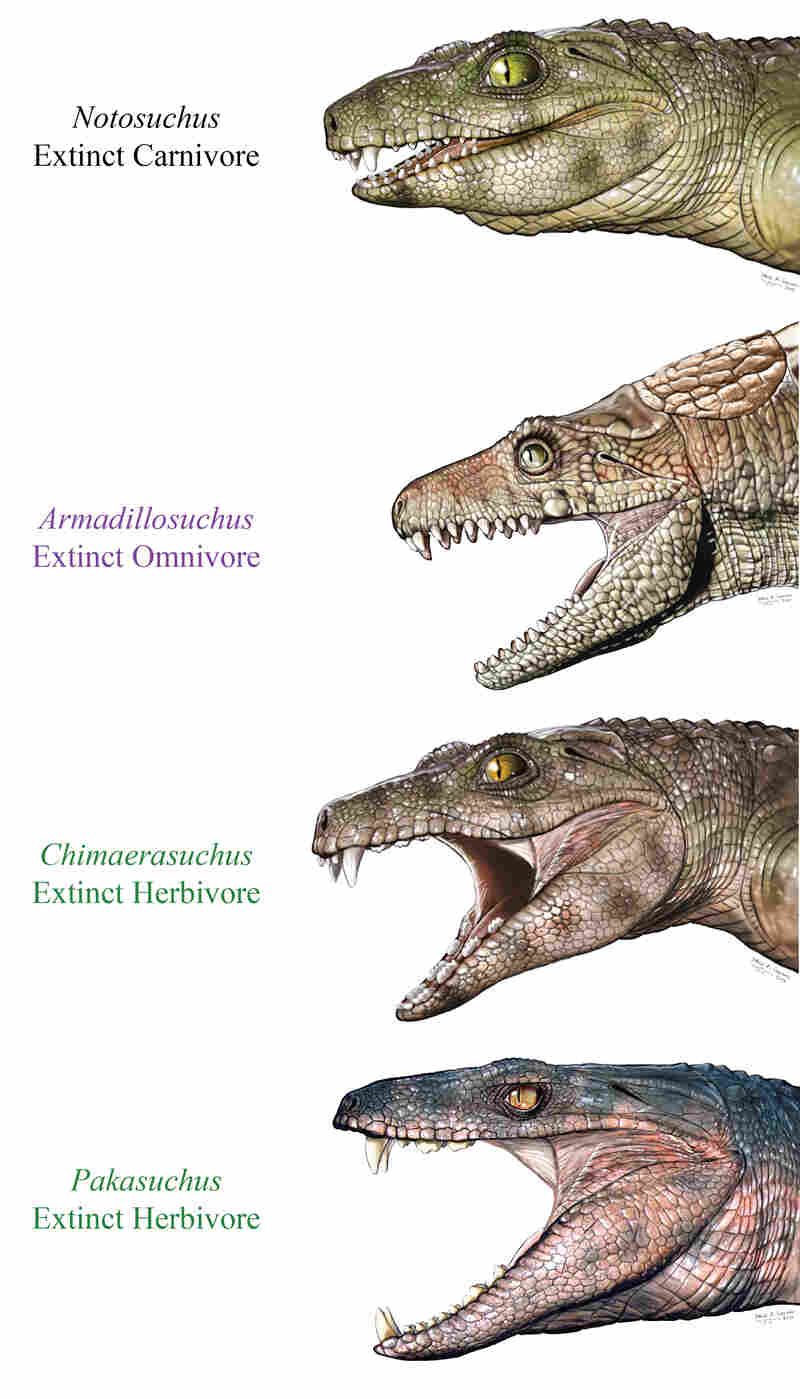 An artist has reconstructed what ancient crocodile ancestors looked like, including some that very likely ate plants. Jorge Gonzalez hide caption 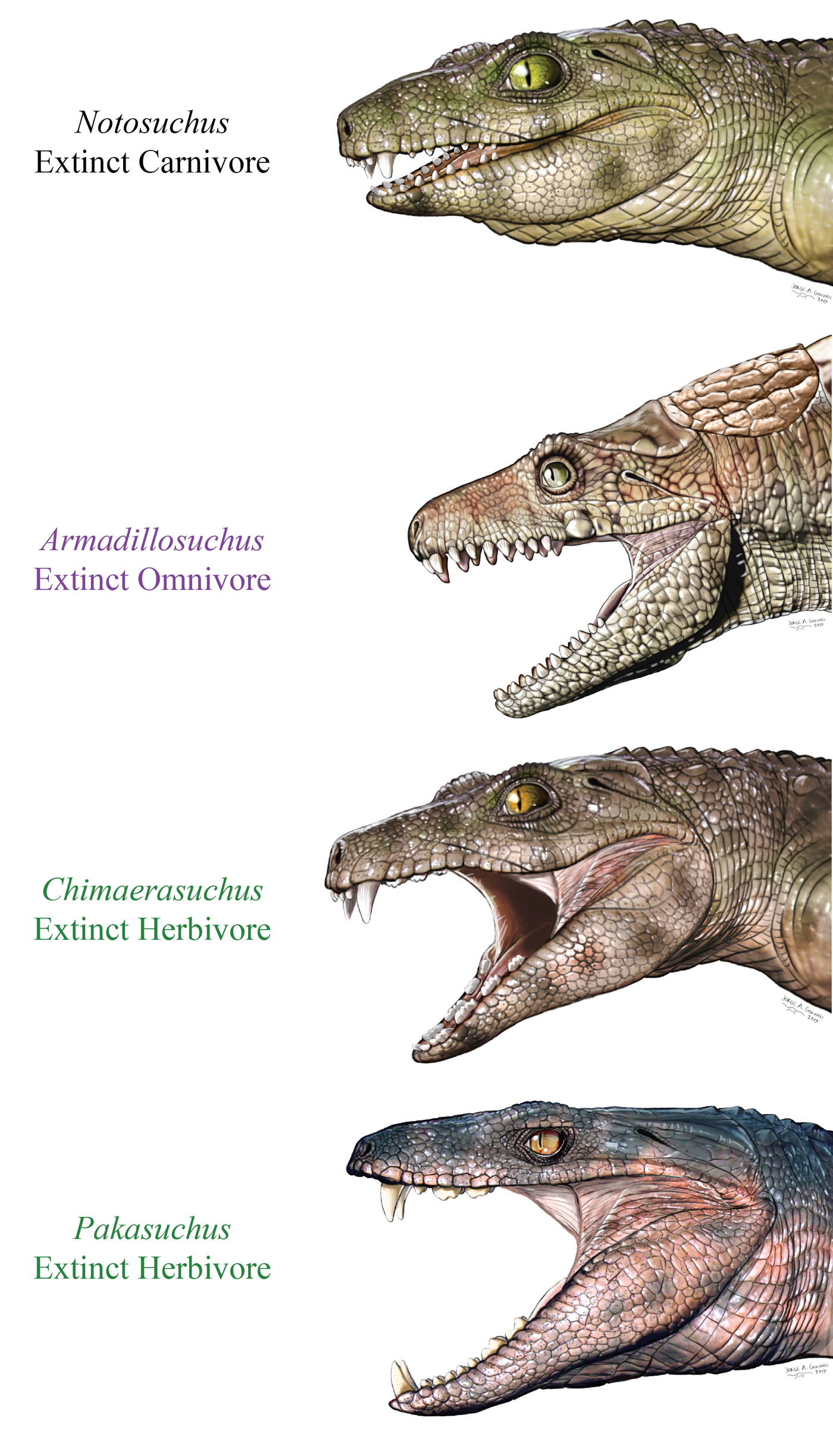 An artist has reconstructed what ancient crocodile ancestors looked like, including some that very likely ate plants.

Modern crocodiles can trace their lineage back to when dinosaurs roamed the earth. If you picture that crocodile ancestor, way back in the Cretaceous period, what do you imagine it snacking on? Maybe a fish or a bird?

Think again. Scientists say it's more likely it was chomping on prehistoric flowers or other plants. A new study in Current Biology has found these ancient crocodile cousins actually evolved into plant eaters at least three times, and probably more.

It started with a paleontology graduate student at the University of Utah puzzling over some strange-looking teeth of the crocodile cousins (known as crocodyliforms, or crocs for short).

"The fact that so many croc teeth look nothing like anything around today just absolutely fascinated me," Keegan Melstrom tells NPR.

Modern crocodiles, which eat meat, have distinctive sharp, pointy teeth. Take a look at the chompers on this Nile crocodile, for example: 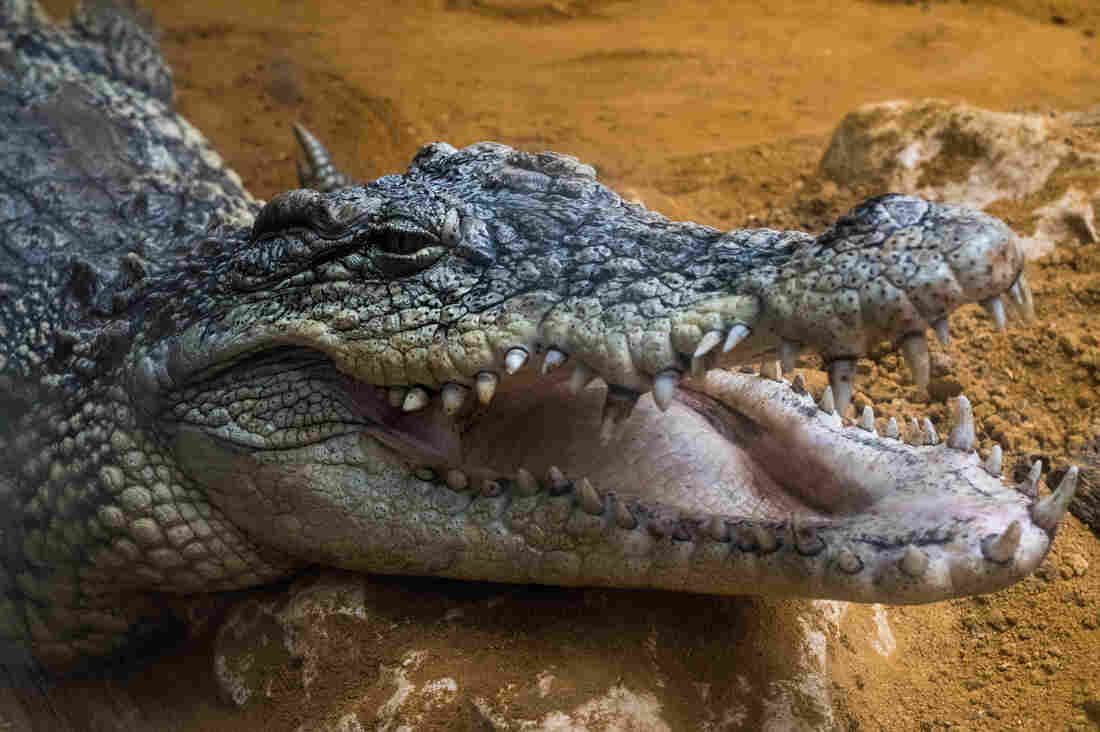 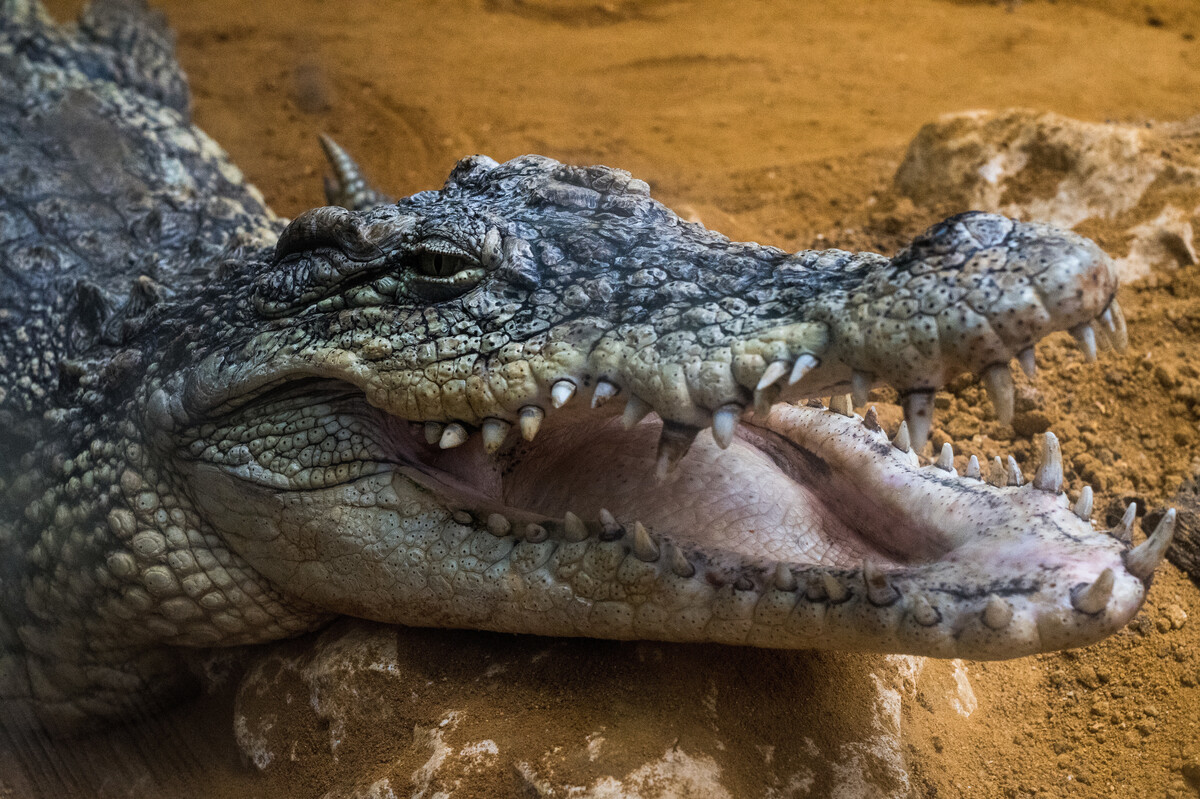 Nile crocodiles (Crocodylus niloticus) have sharp, pointy teeth, unlike some of their ancient relatives.

But Melstrom says he was finding examples from prehistoric times when crocs had more complicated teeth — more grooves and ridges than modern crocodiles.

"Many of the teeth of extinct crocs have equal or much greater complexities than living plant-eating lizards, and so that's what tells me that these animals are probably very likely eating plants," Melstrom adds.

Plant eaters have more complicated teeth because plant material is often harder to digest than meat, he says. "So the more you can break down plant material prior to a chemical digestion, the more nutrients you can suck out of that food."

The team found examples of crocs that were probably herbivores all over the world — in China, Tanzania, Madagascar, North America and Europe.

As Melstrom carried out the research, he was looking for patterns that might help explain why the ancient crocs repeatedly evolved into plant eaters.

One initial idea had been that they became herbivores when there were no mammals around — but then they found that some lived alongside mammals. They also lived in wildly different environments: "Some of them lived on islands and other ones lived on continent interiors and some lived in deserts and others lived in floodplains."

It's not clear what kind of plants they ate, though Melstrom says many of them appeared during the Cretaceous period, which is when flowering plants began to flourish. So a mental image of a fierce-looking croc munching some pretty flowers is plausible, he says.

And it's also worth noting that while the herbivore crocs appear to have vanished by the end of the Cretaceous period, Melstrom says their modern relatives do not completely avoid plants.

Nobody would call them omnivores, he says. These are serious meat eaters. "But it is fascinating that, you know, sometimes an alligator wants to eat a piece of fruit as it's lying around, and it does it," Melstrom adds. "So clearly, there is this ability to digest plant material that is to some degree still there in their physiology."