Accessibility links
Body Camera Manufacturer Will Not Use Facial Recognition Software Axon announced Thursday that it will ban the technology because it is not reliable enough for law enforcement, especially when it comes to identifying women and people of color. 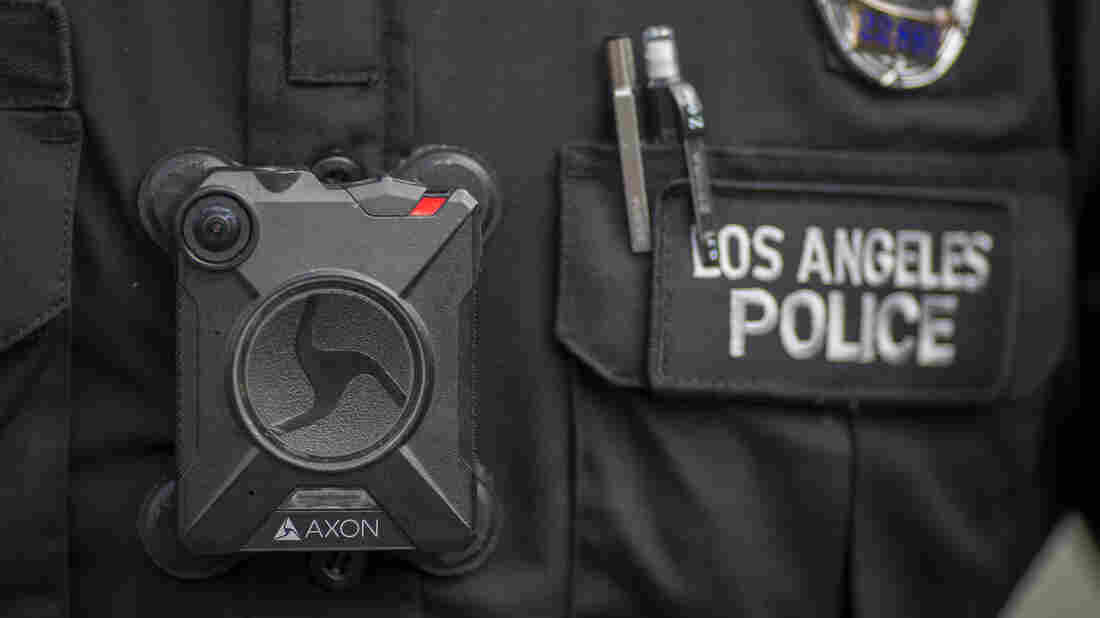 A Los Angeles police officer wears an Axon body camera in 2017. On Thursday, the company announced it is holding off on facial recognition software, citing its unreliability. David McNew/Getty Images hide caption 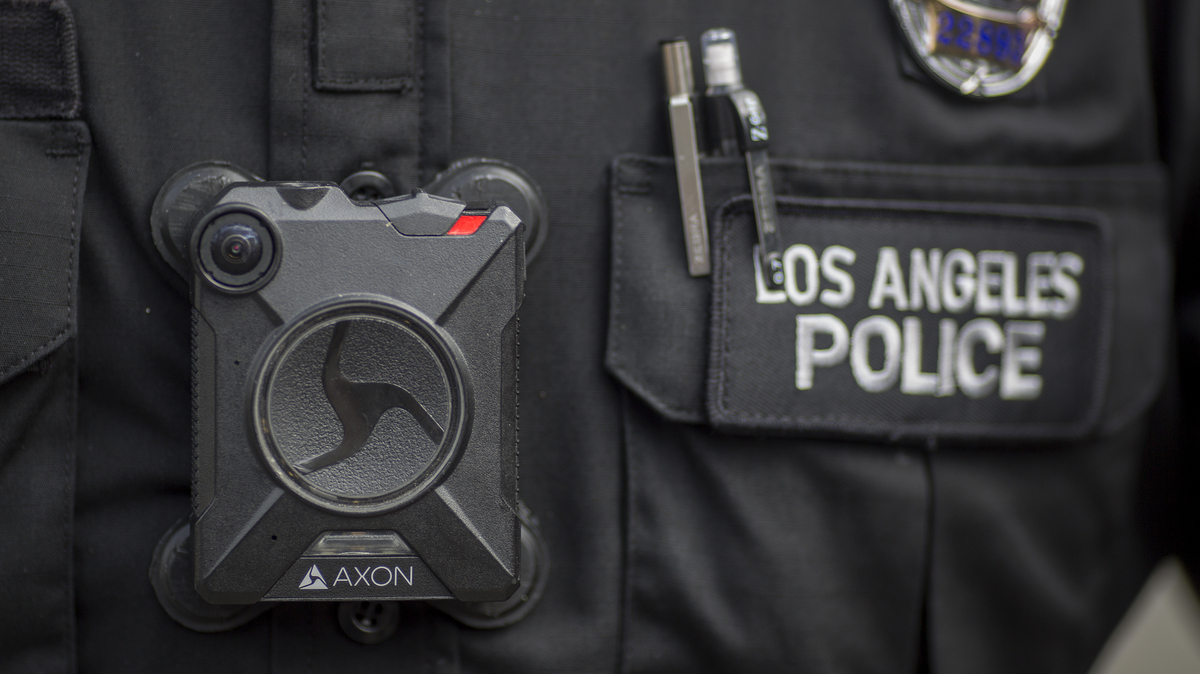 A Los Angeles police officer wears an Axon body camera in 2017. On Thursday, the company announced it is holding off on facial recognition software, citing its unreliability.

The largest manufacturer of police body cameras is rejecting the possibility of selling facial recognition technology – at least, for now.

On Thursday, the company announced that it is heeding the recommendation of an independent ethics board which it created last year after acquiring two artificial intelligence companies.

In a 42-page report, the ethics panel found that face recognition technology is not advanced enough for law enforcement to depend on — corroborating the worries of critics.

The technology left certain groups vulnerable, Friedman said. It was less accurate in identifying the faces of women than men, and younger people compared to older ones. The same was true in people of color, who were harder to correctly identify than white people.

The board also cited privacy concerns which have long been raised by activists. "Even if face recognition works accurately and equitably—and we stress in detail that at present it does not—the technology makes it far easier for government entities to surveil citizens and potentially intrude into their lives," the report said.

The board members included artificial intelligence experts, computer scientists, privacy advocates, police chiefs and other specialists. Despite their disparate backgrounds, Friedman said the conclusions the board reached were unanimous. (Each member received a small honorarium from Axon for their work, Friedman adds.)

He said he hoped Axon's rebuff of face recognition software would set a precedent in the industry. "One of the most encouraging signs is that Axon heard us as we repeatedly expressed the view that their customer is not the law enforcement agency that purchases the equipment, but the community that agency serves," he said.

Mike Wagers, Axon Vice President of Emerging Markets, tells NPR that the risks clearly outweighed the benefits. "We made the decision that just because you could deploy a certain technology does not make it right," he said. "You think about how this could play itself out on the streets," he added.

Concerns around face recognition technology have been mounting for years: There is the question of who should control body camera footage and whether it is meant as a tool to hold police accountable; there is the fear that law enforcement could target lawful protesters, violating their constitutional rights; there is also the possibility that the technology could lead to mass surveillance, as it has in China.

Jake Laperruque, senior counsel for a watchdog organization called the Project On Government Oversight, told NPR that Axon's decision is a significant indication of how grave misidentification problems are in the arena of facial recognition.

"But we can't expect the company to stick to this pledge or other vendors to follow suit — the only way to truly protect the public from unrestricted facial recognition surveillance is to pass laws properly limiting it," he said.

Some places have already taken measures to ban face recognition software. Last month, San Francisco became the first city to ban the technology for law enforcement and government agencies. Similar measures are under consideration in Oakland and Massachusetts. Lawmakers in California are also considering a statewide ban on facial recognition programs.

But elsewhere in the United States, the technology is being pursued. Detroit reportedly signed a $1 million deal for software that let it continuously monitor "hundreds of private and public cameras set up around the city," including gas stations, restaurants, churches and schools, according to the New York Times. Last year, Orlando police tested real-time recognition systems that it had ordered from Amazon — a discovery the ACLU made when an Amazon Rekognition executive described the city as a customer.

Axon CEO and founder Rick Smith did not rule out the possibility of facial recognition technology from being incorporated into body cameras when he spoke with NPR last year. He said it was "counterproductive to say that a technology is unethical and should never be developed. What we need to do is take a look at how this technology could evolve."

Police officers could still pair their body cam or surveillance footage with Amazon Rekognition or other programs for facial recognition.

Axon told NPR on Thursday that democratic oversight is needed to guide how the technology will be used.

"We're not moving ahead on commercializing facial recognition on body cameras until the board has had a chance to deliberate around the ethical framework," Wagers said.

Axon's next meeting with the ethics board is scheduled for September.