Accessibility links
Democratic-Led House Passes Senate's, Less Restrictive, Emergency Border Bill The $4.6 billion bill passed in a 305-102 vote after the Republican-led Senate refused to adopt sections of the House version. The House would have added requirements for care of migrants. 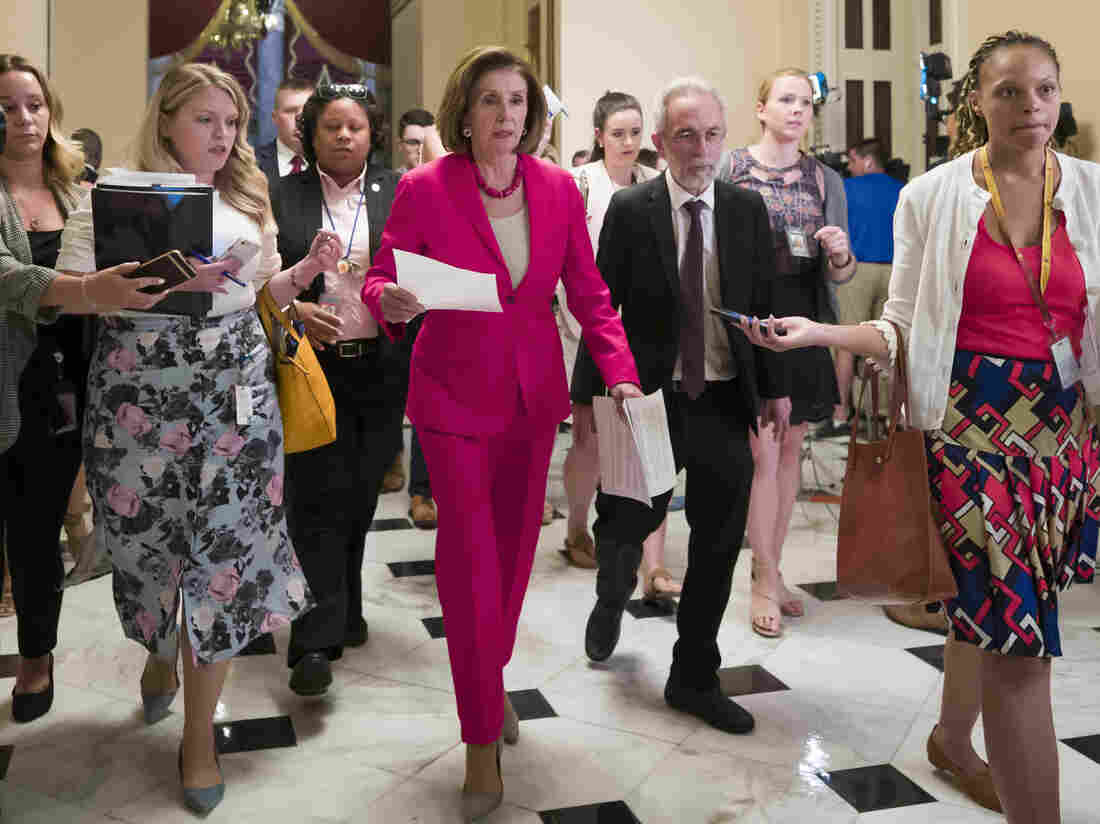 Speaker Nancy Pelosi of California walks to the House floor Thursday. In a letter to Democratic lawmakers she announced the House would "reluctantly" pass a Senate version of an emergency immigration aid package. Alex Brandon/AP hide caption 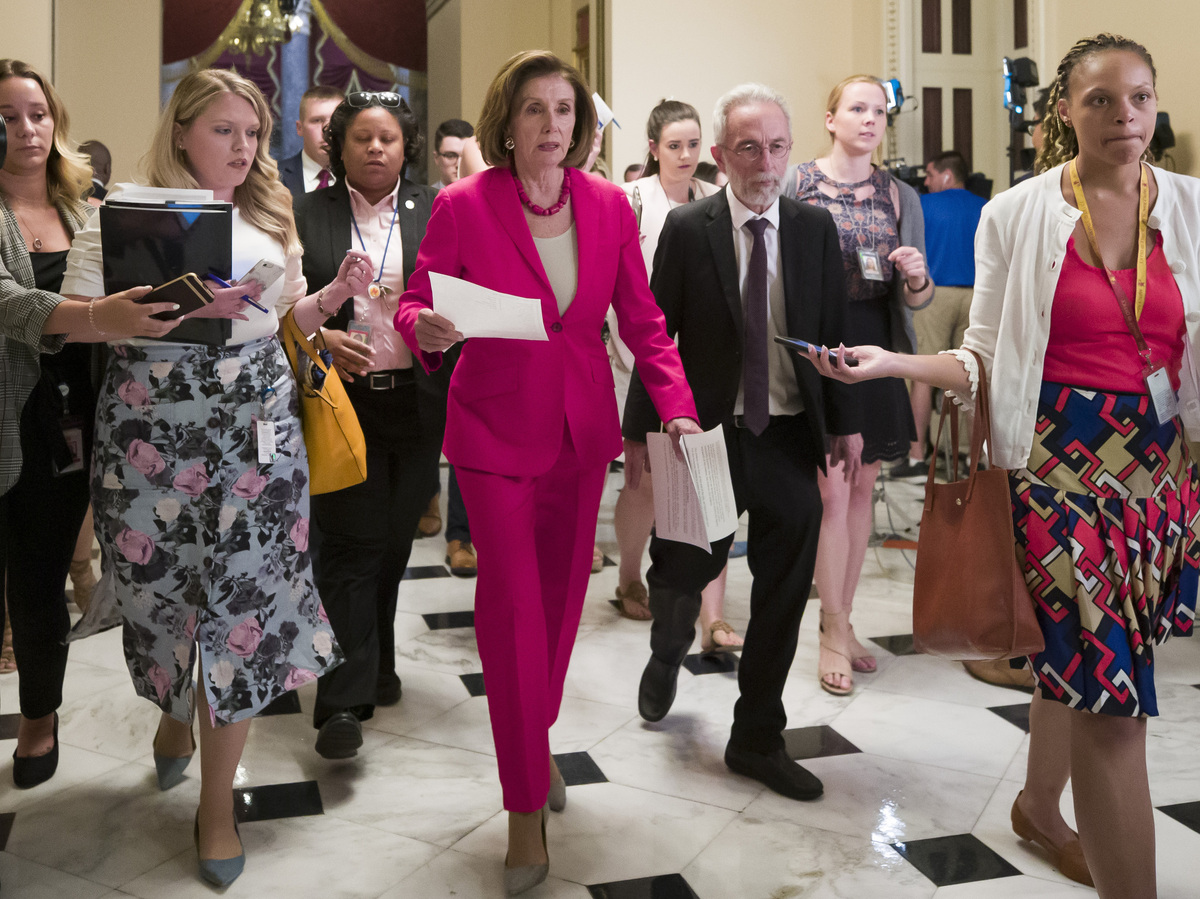 Speaker Nancy Pelosi of California walks to the House floor Thursday. In a letter to Democratic lawmakers she announced the House would "reluctantly" pass a Senate version of an emergency immigration aid package.

After a brief showdown over competing emergency humanitarian aid measures to alleviate the crisis at the southern border, the House voted 305-102 on Thursday to pass the Senate's less restrictive version of the bill.

The vote marked a serious setback for Democratic House Speaker Nancy Pelosi, who had vowed not to accept the Republican-led Senate's legislation. Liberal Democrats argued that the bill lacked vital migrant protections and caps on how long unaccompanied children can be detained.

But by midday Thursday, it was clear Pelosi could not maintain consensus among Democratic House members. In a letter to fellow party lawmakers she announced the chamber would "reluctantly" take up and pass the Senate bill.

"In order to get resources to the children fastest, we will reluctantly pass the Senate bill," she wrote.

"As we pass the Senate bill, we will do so with a Battle Cry as to how we go forward to protect children in a way that truly honors their dignity and worth," Pelosi added.

Pelosi acquiesced, conceding she needed to bring the Senate bill up for a vote, after a private conversation with Vice President Pence, who agreed to administrative changes House Democrats were seeking, according to one of Pence's aides who asked not to be named. The administration will notify Congress within 24 hours if a child dies in custody, and children will be kept at emergency facilities for no longer than 90 days.

The package provides $4.6 billion in funding, including money for the Department of Defense and Immigration and Customs Enforcement that some House Democrats opposed.

The majority of the money is humanitarian aid to be allocated to the Department of Health and Human Services for the Office of Refugee Resettlement.

Trump and Senate Republicans were not interested in negotiating, and a block of moderate House Democrats announced they would support the Senate bill, ultimately forcing the speaker's hand.

Pressure to pass an aid package to deal with overcrowded and filthy facilities and to provide adequate care for a burgeoning population of unaccompanied minors who are detained for weeks in temporary shelters has intensified over the past week following reports from lawyers who visited the children.

In addition, pressure came from publication of a photograph depicting a father and his toddler daughter, drowned and lying face down in the Rio Grande, trying to reach the United States.

Lawmakers are set to recess for the July 4 holiday and were aiming to get the measure enacted before they left.