Accessibility links
DACA Heads To The Supreme Court Next Term, As Trump Tries To End Program The high court agrees to review the Trump administration's elimination of a program designed to help children brought to the country illegally. 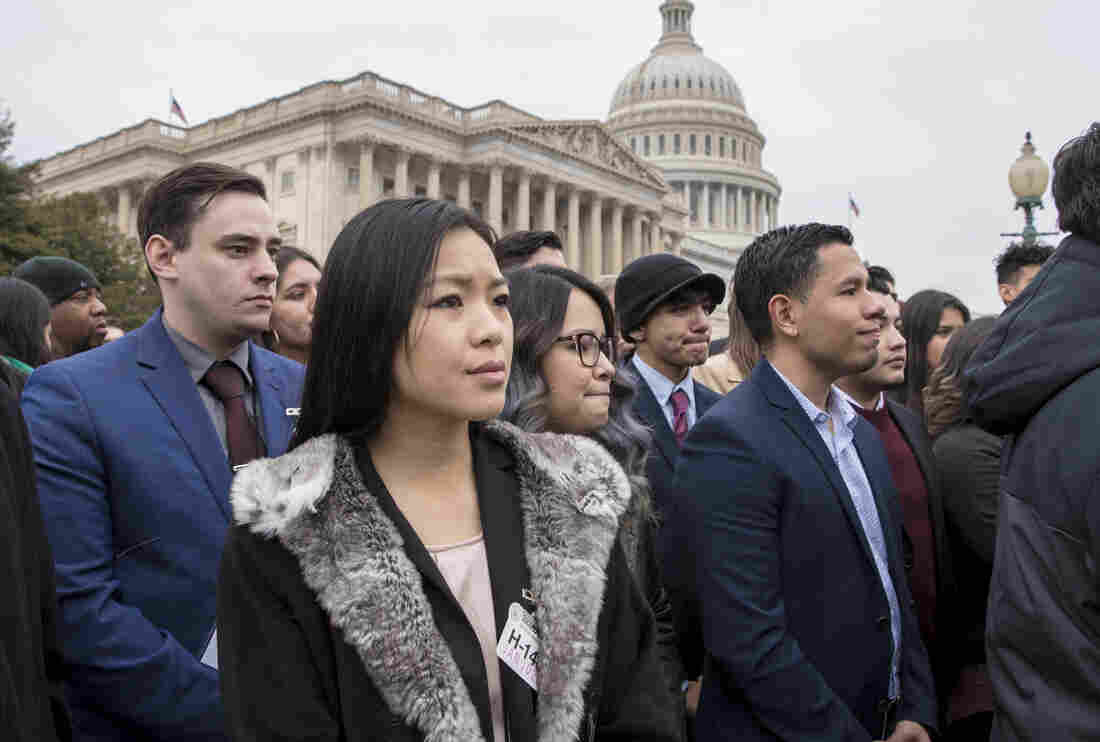 People brought to the U.S. illegally as children, known as DREAMers, and other supporters of the Deferred Action for Childhood Arrivals program listen as lawmakers speak at the U.S. Capitol. J. Scott Applewhite/AP hide caption 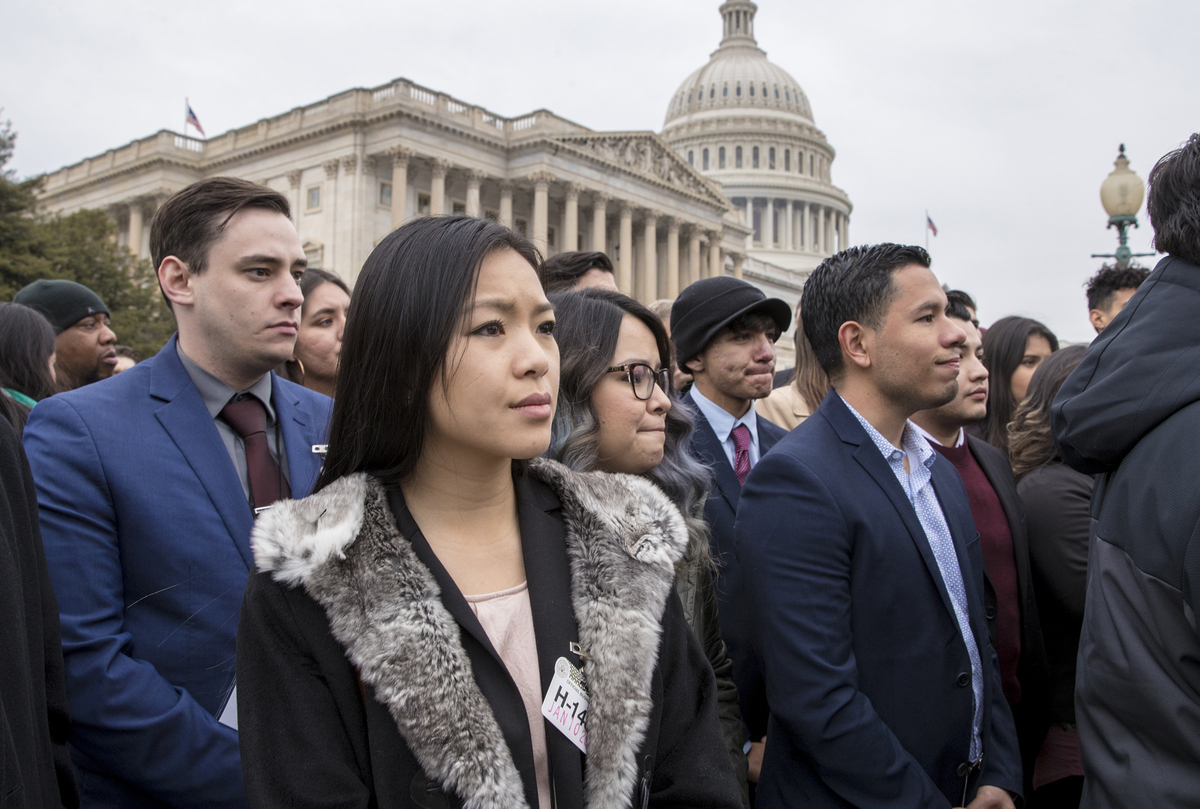 People brought to the U.S. illegally as children, known as DREAMers, and other supporters of the Deferred Action for Childhood Arrivals program listen as lawmakers speak at the U.S. Capitol.

The fates of almost 1 million people brought to the country illegally as children, known as DREAMers, are now in the hands of the U.S. Supreme Court.

The court granted an appeal to the Trump administration's decision to end the DACA program, or Deferred Action for Childhood Arrivals.

The Obama-era program to protect DREAMers will get a one-hour hearing before the high court next term. The court said it would consolidate three appeals into one argument.

The program provided temporary legal status and protection from deportation for nearly 800,000 young people who were brought to the U.S. without legal papers when they were children. 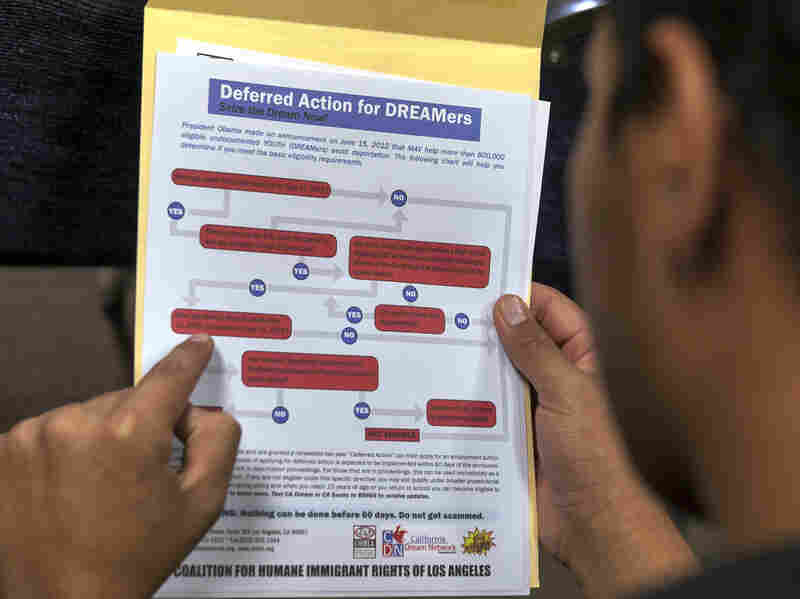 An immigrant reads a guide of the conditions needed to apply for DACA protection. Damian Dovarganes/AP hide caption 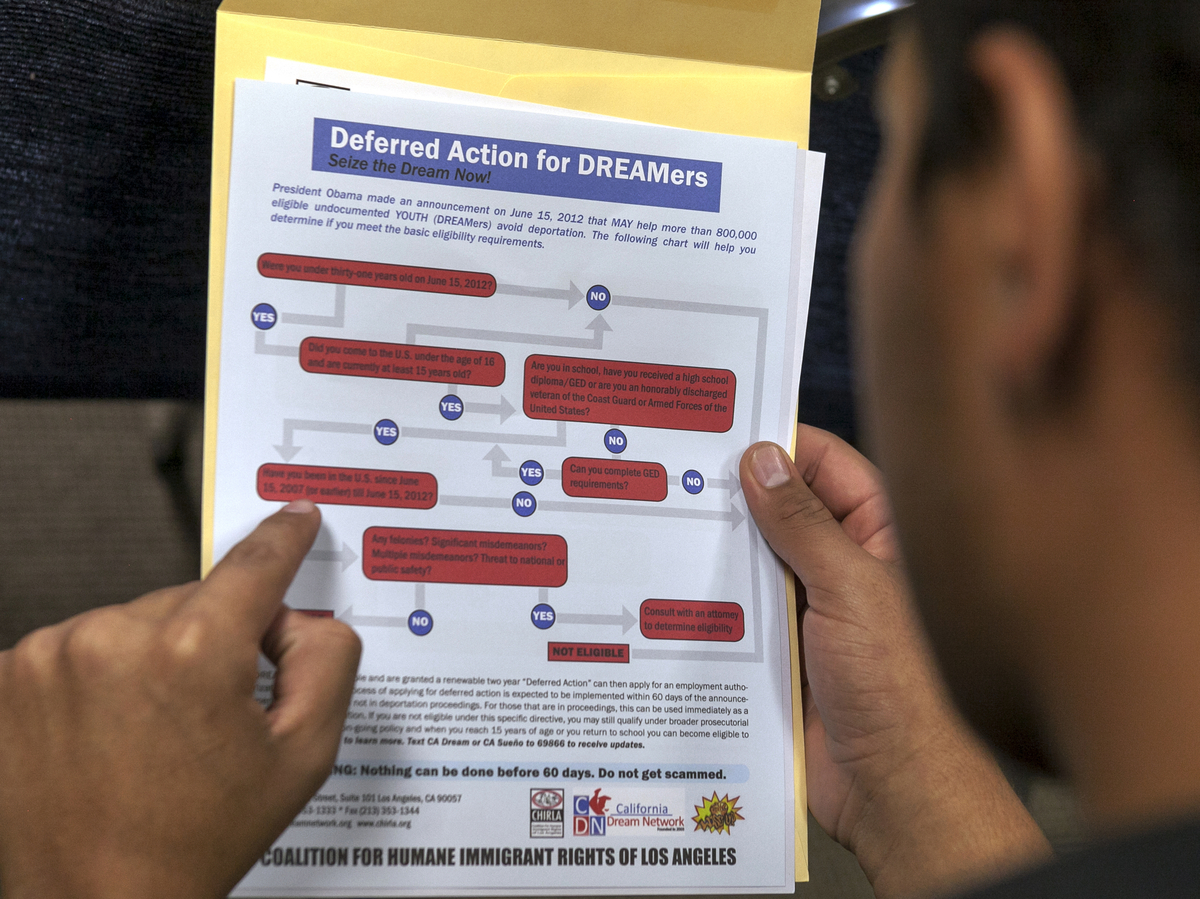 An immigrant reads a guide of the conditions needed to apply for DACA protection.

President Trump sought to revoke their protected status in 2017, seven months after taking office. The administration claimed in court that it could revoke DREAMers' status anytime because the original Obama program was illegal. It also asserted that the courts had no power to review its decision.

5 Takeaways From Night 2 Of The Democratic Debate

Now, the court will hear arguments next term, with a decision expected a year from now — just as the 2020 presidential election will be kicking into high gear.

While public approval for DREAMers is high — around 80% in most public opinion polls — the issues in the case are tricky. Were the administration willing to concede that President Barack Obama acted legally in enacting the program, the Trump administration could rescind the program as long as it provided a good reason and followed the rules for such a policy reversal.

But the administration has hinged its legal position on its contention that Obama acted illegally. And that is a tough sell, given that other administrations of both parties have used deferred action to permit certain large categories of people to remain in the United States.

The DACA controversy also has been intertwined with politics. President Trump sought to use the program as a bargaining chip to get Democrats to agree to build a wall along the U.S.-Mexico border. And when that failed, and the administration still maintained that DACA was illegal, the administration's push to get the case into the Supreme Court earlier was seen by some critics as an effort to shift the blame for an unpopular act onto the court.

The question of what to do about DREAMers was intensely debated within the Trump administration in the summer of 2017. John Kelly, then the secretary of homeland security, twice declined to close the program.

The president's daughter Ivanka and his son-in-law, Jared Kushner, were both said to be DACA supporters, and the president himself had often spoken approvingly about DREAMers, calling them "great kids" and expressing his "love" for them.