Accessibility links
3 Memoirs That Explore The Many Facets Of Mental Illness One in five Americans have some experience with mental illness every year — and these three new memoirs dig into that experience, whether it's the author's own illness or that of a loved one. 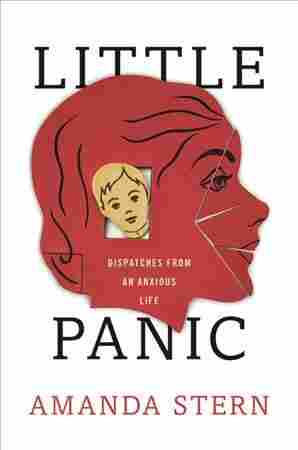 Dispatches from an Anxious Life

Mental illness is a force field that enacts, on each person in its grip, an altered reality that is either seductive or oppressive, but always inescapable. It often leaves families, or in clearer moments, the individual, to wonder about why — the great why — they're tuned differently. I myself wonder about the wellspring of my mental illness, my mother's mental illness, my brother's, father's, friends', husband's, about how it is that the brain's compass spins. Mental illness is experienced by one in five Americans in any given year, according to the National Alliance on Mental Illness.

Here come three lovely debut memoirs which are also detective stories, each in a unique and searching voice, trying to trace the brain's map and trace either the author's own or a family member's mental illness. As a child of the '70s, Amanda Stern, the author of Little Panic, was a 5th-generation New Yorker living in an old West Village brownstone. She was near the bottom of the pack in a blended family of six children, and on the outside, life was cozy: 30 kids in the neighborhood, and a green "jungle" behind the house in which to hide and seek and put on plays. But she could not tell time, felt erased, could not leave her mother lest her mother vanish into thin air. Stern's language is a child's, simple and affecting:

"Time sticks numbers on the world and marks spaces I can't see. My teachers say the hands do this, and clocks are how we know when to come and go, but I am a not a clock, and I always know when I have to leave my mom." Even in Manhattan, the island of shrinks, she will not be diagnosed with panic disorder until age 25. How can this be? How can a child be subjected to scores of I.Q. and intelligence and personality tests for nearly 20 years as a "solution" to her troubles? Stern includes the quizzes here, and the questions and answers are heartbreaking.

But so it was. "Panic disorder wasn't a diagnosis until 1980," Stern says. The constant testing "erased my creativity and imagination. Smart was information, and I didn't have it." Eventually, she becomes an accomplished literary and music events producer, whip-smart and funny. But it wasn't until one day, in her 20s, when she hadn't left the house in weeks, that she knew she had to break the cycle. "I had to accept a different truth and learn a new way to be," she writes. With medication and therapy, she climbs out, slowly. 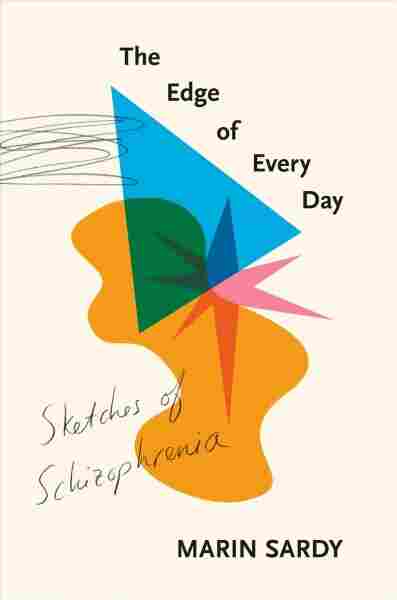 The Edge of Every Day

Marin Sardy's brother Tom did not get that chance, nor did Sardy's mother — who could not hold time in her head, either. In the beautifully prismatic The Edge of Every Day: Sketches of Schizophrenia, Sardy writes of four generations in her family with mental illness, brilliant and creative people from her great-grandmother to her own mild present-day symptoms. "There is no single schizophrenia gene," she writes. (She has studied biology.) "Rather what we have inherited is a complex vulnerability in the form of a cocktail of mutations, hundreds or even thousands of rare alterations in genes that encode various brain proteins. "

It is her brother Tom she follows most ardently, who is three years younger than she. She writes eloquently of a trip to Costa Rica, when she is 27 and he is 24 — of his approaching darkness, his feeling that he has wings, or can walk across water. He trains to swim across the Pacific by standing in the shower. Indeed, Tom will not leave his room in Costa Rica, his personality disappears before her eyes, and a decade later, Tom will be on the streets in Anchorage, their Alaskan home town, deeply mentally ill. Estranged for some years while she lives in New York, Sardy and her sister return to look for him, but when she finds him, saying Tom's name "like a rock in her mouth," the skinny, bearded man in odd lot clothes tells her, "the world looks at me and sees a bum. But I am not a bum. I am a saint, I am close to God." It will take writing this blazing memoir before Sardy can bring Tom back into her world and weave the story of mental health and loss. 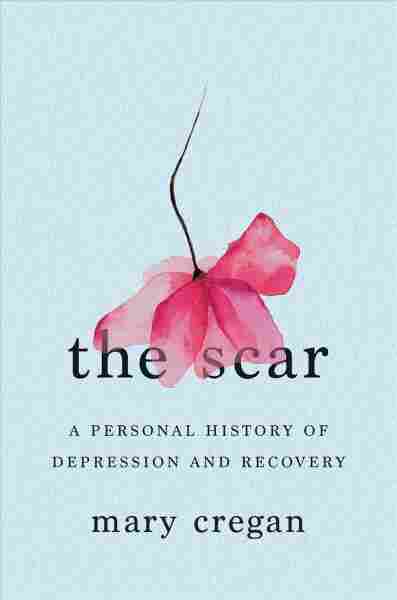 A Personal History of Depression and Recovery

The quietly elegant The Scar: A Personal History of Depression and Recovery by Mary Cregan, an English professor at Barnard, is in some ways a bookend to the first two memoirs. Cregan has survived a suicide attempt, decades ago after the loss of an infant — the scar she's referring to in the title. (She slashed her neck inside a mental hospital.) She tries to grab mental illness and depression by its roots in human history. For those of us family members who've wrestled with it, her examination of melancholia (melan from the Greek, transliterated into Latin, meaning " black, dark, murky," and khole, "bile") makes this book an instant classic. Melancholia is a word she argues we ought to bring back. Beginning with Hippocrates in the 5th century B.C., Cregan takes us along melancholia's path — through lunatic asylums, the humane and inhumane, through poetry and science, to Freud and to Rilke.

Looking back, she sees herself at seven or eight, living with her devout Irish Catholic parents in Philadelphia: "I was walking down the stairs and about to go outside to play, when just as I was about to enter the vestibule, a wave of sadness passed through me. It was like walking through a cloudbank." Uncertain about what has happened, she can't recreate the unbidden feeling, not even by imagining herself in a coffin.

Cregan also writes about the electro-convulsion therapy that saved her life, and which, after Ken Kesey's 1962 novel One Flew Over The Cuckoo's Nest, would come to be regarded with horror. She demystifies this: "I was that patient," she writes, and credits it with helping her. "I didn't want to hurt myself," she pushes back on a nurse's report. "I wanted to die."

If logic worked with mental illness, if boot-straps and tough love and self-reliance could be administered in seven-day-a-week dosages, maybe a family's experience of this illness would be more mundane. Literature, though, may prove as enduring anything at shaping this often shapeless experience, a form of "talk therapy" that involves the page. Each of these women has created an enduring work exploring what it's like to be living in their skin, and these books will be a boon to many.

Previously posted on June 28, 2019: A previous version of this story said One Flew Over the Cuckoo's Nest came out in 1984. The novel was published in 1962, and the movie version was released in 1975.