Accessibility links
'The Loudest Voice' Review: Drama About Fox News Chief Roger Ailes Falls Flat Showtime's miniseries chronicles the rise and fall of the cable news mogul. But The Loudest Voice's treatment of the sexual harassment case against Ailes is so lurid it begins to feel exploitative. 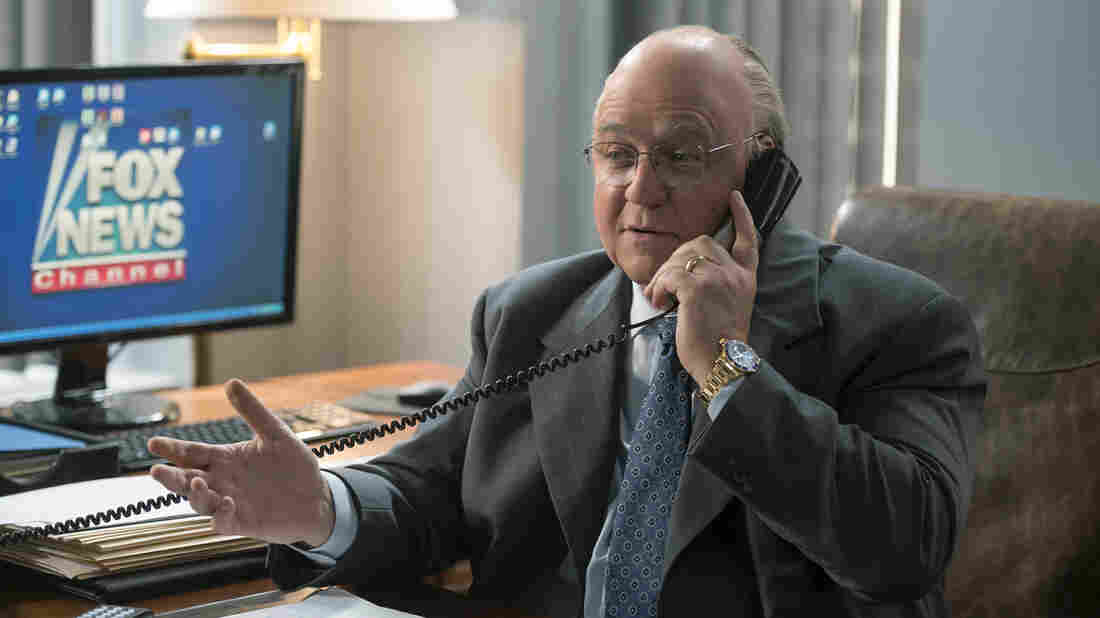 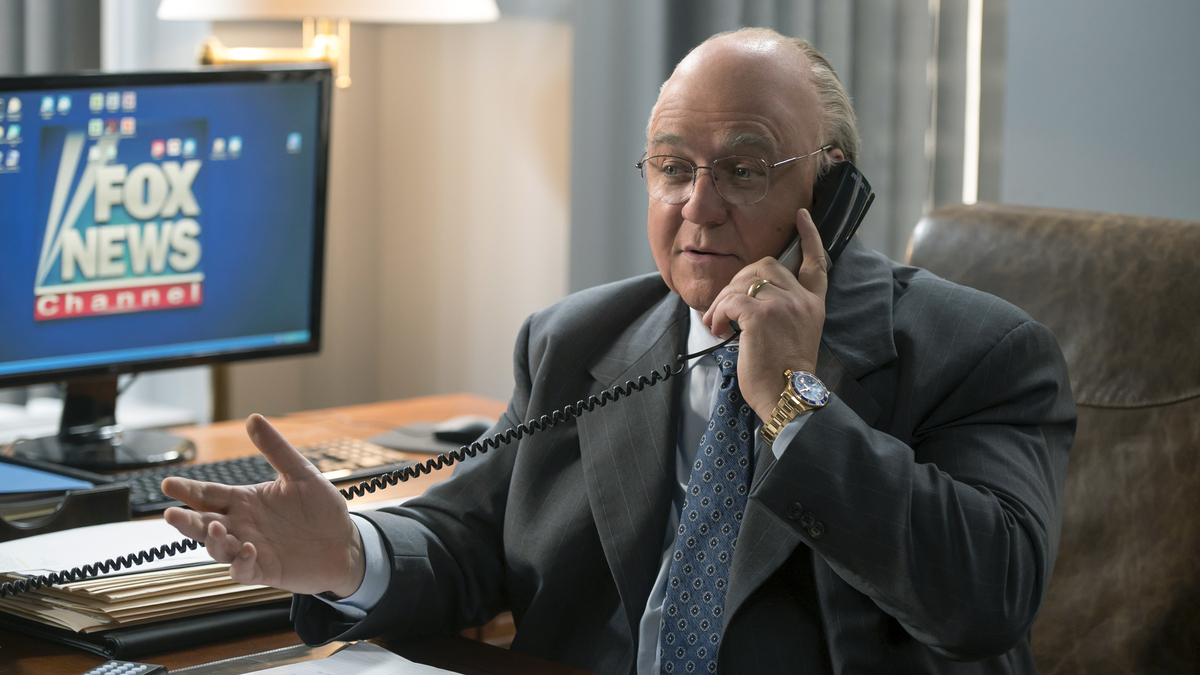 On June 30, the Showtime network launches a new TV miniseries called The Loudest Voice. Based on the Gabriel Sherman book The Loudest Voice in the Room, it's a seven-part drama about the television triumphs and controversies of Roger Ailes, who created and ran the Fox News Channel.

The title The Loudest Voice is supposed to refer not only to Ailes, but also to the news network he helped generate with the backing of media tycoon Rupert Murdoch. There actually are two stories told here: one about the development and rise of Fox News, the other about the many alleged sexual abuses of power that eventually led to the firing of both Ailes and network star Bill O'Reilly, in what became some of the earliest high-profile scandals of the #MeToo era.

The central star of this Showtime account is Russell Crowe, loaded beneath many pounds of makeup and prosthetics to portray Ailes. But in the three episodes provided for preview, he's not at all captivating — and neither is The Loudest Voice as an ongoing drama.

Including Sherman, six writers in all are credited with writing this teleplay, and there are four different directors. Instead of telling a linear story, the miniseries jumps and lands at various spots in time, with each episode devoted to a specific year. Sunday's premiere episode (after a brief prologue in which Ailes posthumously remarks on his own death in 2017) is set in 1996, the year Ailes and Murdoch launched Fox News. The second episode is set in 2001, after Sept. 11. And the third jumps to 2008, the year Barack Obama was elected president of the United States.

In this stop-and-start structure, there's no early establishment of the rise of Ailes, who worked his way through local and syndicated TV, at one point producing The Mike Douglas Show, an affable talk program of the 1960s. There's no indication that he was hired as a political adviser by one of that show's impressed guests, Richard Nixon, whom Ailes helped reach the Oval Office. We don't see Ailes help guide successful presidential campaigns for Ronald Reagan and George H.W. Bush, or run the CNBC cable network. No, when The Loudest Voice begins, he's being fired from CNBC — for unspecified wrongdoings — and finagling an exit clause that prevents him from moving to any existing competing news network, but does leave the door open for him to start and run a new one.

Hence, Fox News. And when Murdoch holds a meeting to discuss what the proposed new network might look like, his Australian management adviser suggests a sort of 24-hour, tabloid-TV version of A Current Affair. But Ailes, Rupert's new hire, has other ideas. He wants to targets a new audience: conservatives who mistrust the media. And in almost every time Crowe, as Ailes, speaks in this show, he's not just the loudest voice. He's the only voice — the one almost everyone instantly agrees with, or is afraid to oppose. What that is, is a little too pat. What it isn't, is dramatic.

By the third episode, Fox News is not only up and running; it's the top-rated cable news operation around. And there are glimpses, though far too few, that show how Ailes and his operation really worked — as when Ailes is watching Fox News in his office, and instantly calls the control room after hearing something that bothers him. He orders that whenever the anchors refer to Obama, they include his middle name of Hussein.

Co-stars in The Loudest Voice include Seth MacFarlane as Fox News' former PR chief Brian Lewis, Simon McBurney as Murdoch, and Sienna Miller as Roger's wife, Elizabeth. Naomi Watts is anchor Gretchen Carlson and Annabelle Wallis is network booker Laurie Luhn — two of the women at Fox News who accused Ailes of sexual harassment on the job. And while these women and their stories are bound to become more prominent in the episodes to come, the treatment of Luhn, even in the opening hours, is uncomfortable to watch. One scene that feels particularly lurid captures Luhn kneeling between Ailes' legs — from the point of view of Ailes' video camcorder. Here comes the first television production directly dramatizing a modern-day, high-profile sexual harassment case — yet it does so in a way that almost feels like its own type of exploitation.

These women are presented sketchily and briefly. And as I said, I've seen only three of this show's seven hours, so the treatment of women, and the overall subject matter, could get better as The Loudest Voice progresses. But given what we know of the charges against Ailes in the later years covered by this miniseries, I have my doubts.