Accessibility links
Women's World Cup Quarterfinal: U.S. Takes On France The USWNT takes on France in a World Cup quarterfinal matchup that had been anticipated for months. The winner advances to a semifinal match against England. 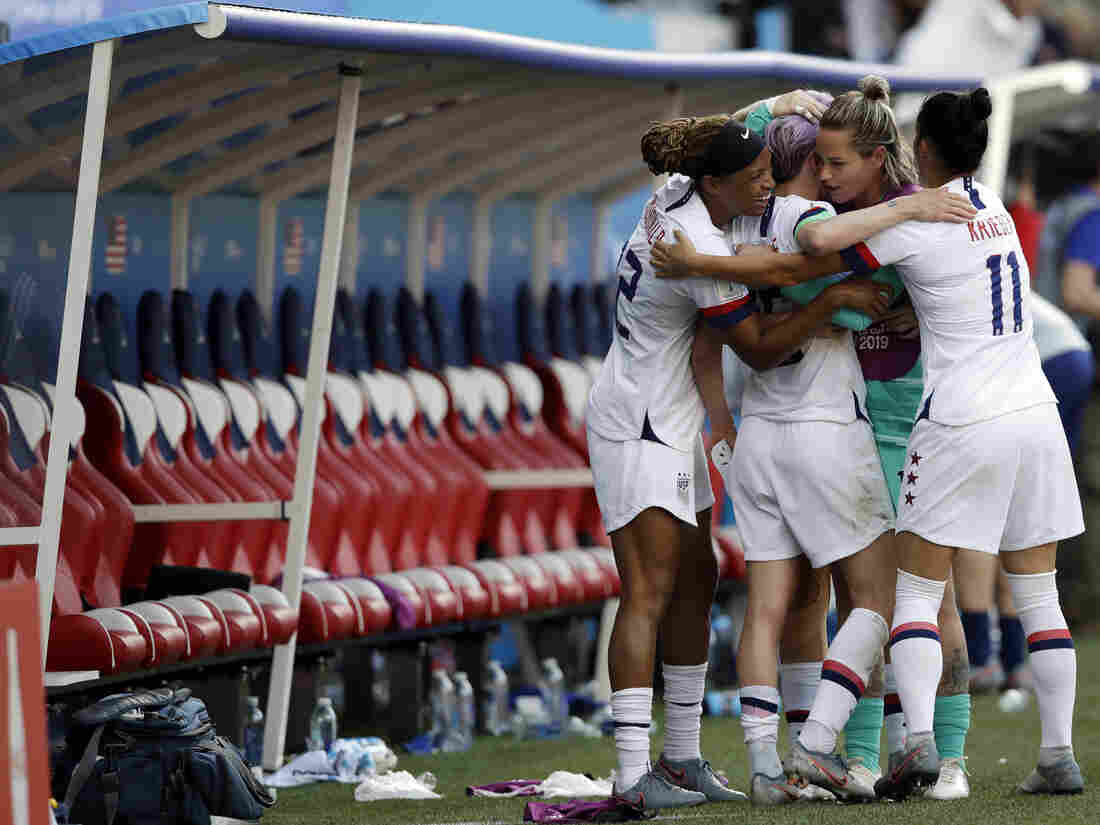 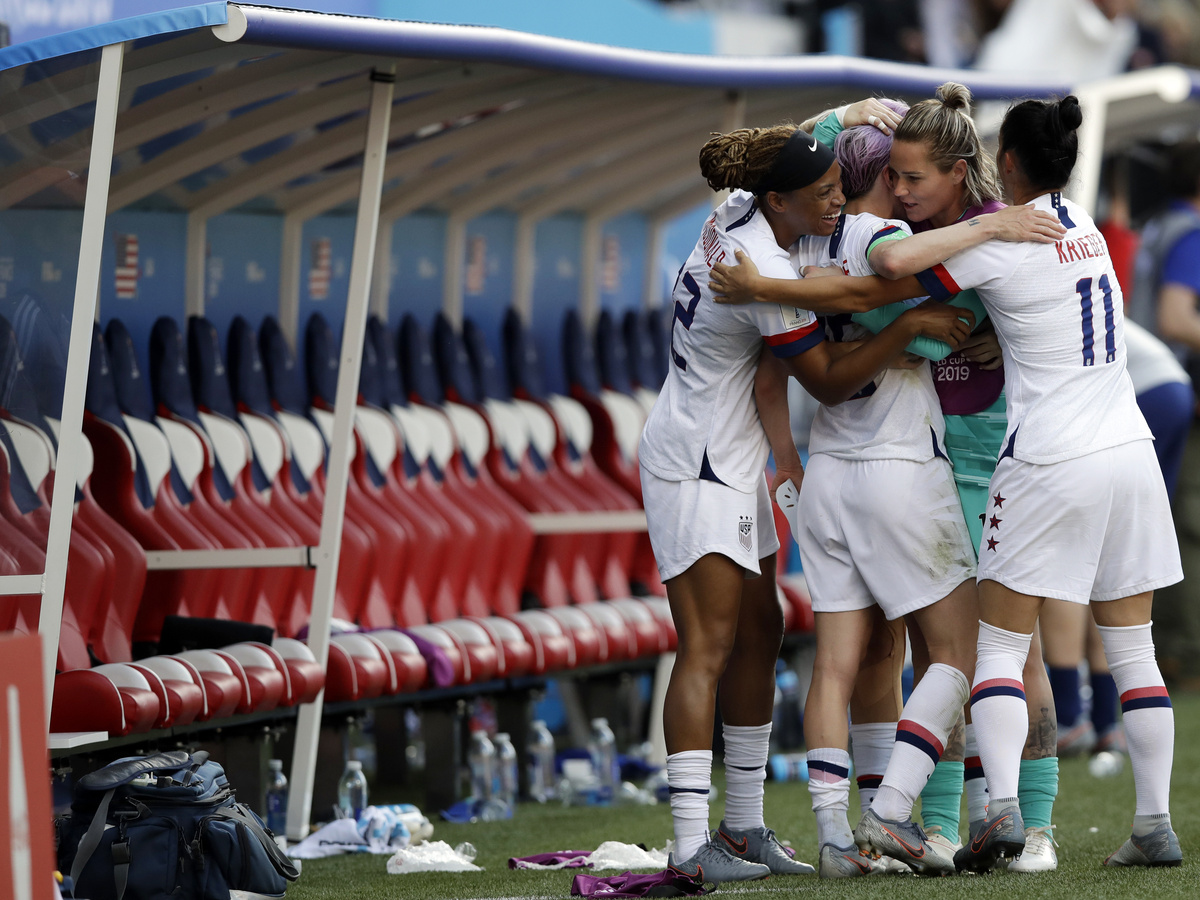 United States players celebrate after their match against Spain earlier this week.

The Women's World Cup game that had been hoped for and hyped for months is finally here: U.S. vs. France. One vs. four. Defending World Cup champion vs. hometown favorite. Friday's game is expected to be the best game of this tournament so far. It's almost a shame it's just a quarterfinal match instead of the final. These two teams have shined this tournament. The winner advances, and the loser heads home.

Kickoff in Paris is at 3 p.m. ET and will be televised on Fox and Telemundo. The winner advances to a semifinal match against England on Tuesday.

The United States comes in as the favorite. It's won all its games in the Women's World Cup so far and has set records along the way (including number of goals scored in the group play, and biggest goal differential, just to name a few). There will be another record set during this quarterfinal match: It marks the 125th game that U.S. head coach Jill Ellis has led this team (she is currently tied with April Heinrichs).

The U.S. made it to the quarterfinals in a hard-fought 2-1 win over Spain. It was not the Americans' best performance. But it was enough to advance, and that's what matters in this tournament. The Americans have been dinged up by fouls and hard tackles and were tested most of the game by a scrappy Spaniard squad.

Like the U.S., France hasn't lost a game in this World Cup either and is playing every bit as good as fans of Les Bleues expect from them. France also fought to a tough win in its last game: defeating Brazil 2-1 in extra time. The French have rallied around their team, too, and cheered them on in ways normally reserved for the more popular men's national squad.