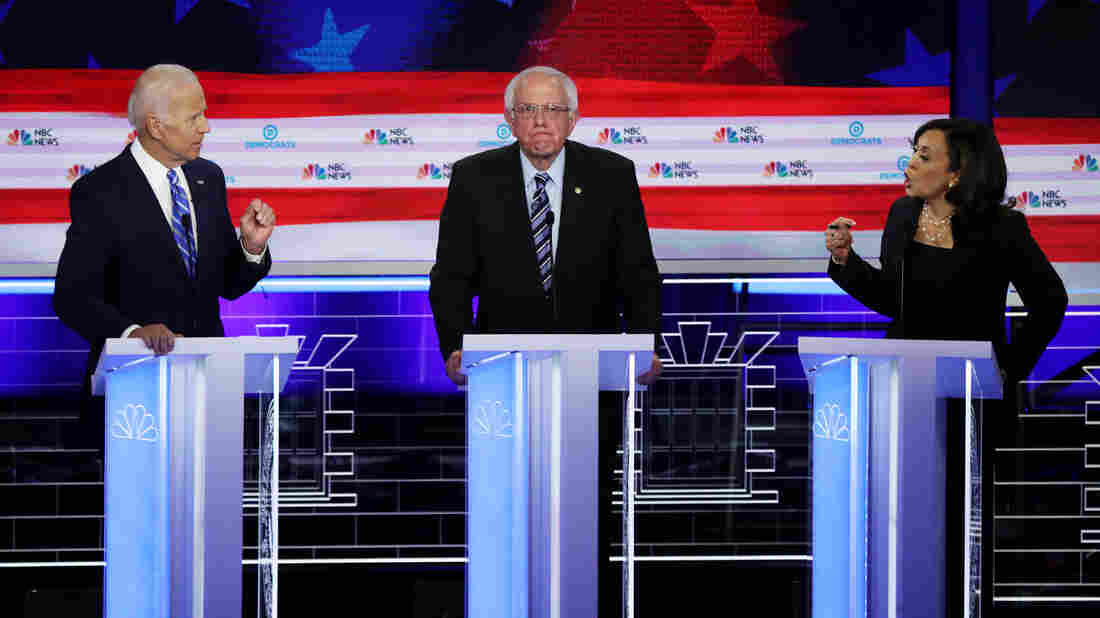 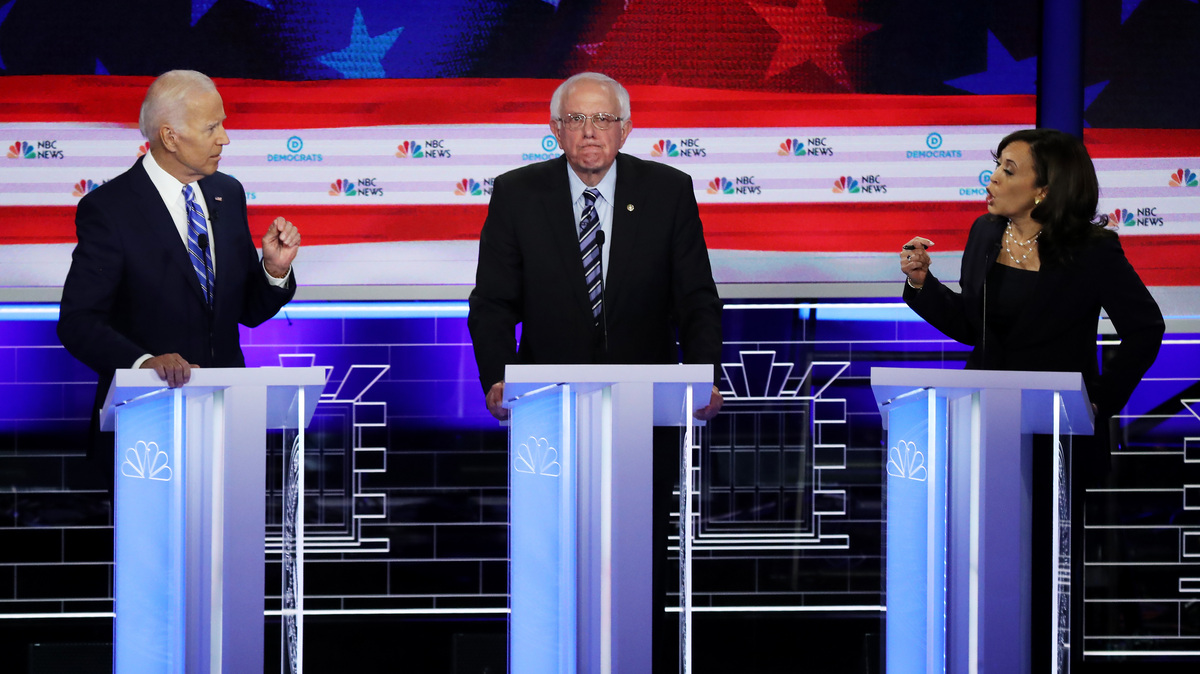 Sen. Kamala Harris of California directly challenged former Vice President Joe Biden over his past opposition to federal busing policy, in a heated exchange on the second night of the first Democratic presidential primary debate.

This issue, from early in Biden's lengthy career in Congress, has hung over his campaign for president, creating a clear target for challengers to his front-runner status.

Recap: Night 2 Of The Democratic Primary Debate In 100 Words (And 7 Videos)

Harris took aim at Biden during a discussion about race and policing. First, she called out Biden over comments he recently made about his "civil" working relationship with two segregationist lawmakers decades ago.

"It was hurtful to hear you talk about the reputations of two United States senators who built their reputations and career on the segregation of race in this country," Harris said. "And it was not only that — you also worked with them to oppose busing."

Harris then went on to describe the experience of "a little girl in California" who was bused as a part of the second class to integrate public schools in her county.

"And that little girl was me. So I will tell you that on this subject, it cannot be an intellectual debate among Democrats. We have to take it seriously. We have to act swiftly," Harris said.

There was a little girl in California who was bussed to school. That little girl was me. #DemDebate pic.twitter.com/XKm2xP1MDH

Biden called Harris' remarks "a mischaracterization of my position across the board."

He said he did not praise segregationists, and he defended his record on civil rights.

"Everything I've done in my career, I ran because of civil rights. I continue to think we have to make fundamental changes in civil rights," Biden said.

Pressed by Harris on whether he regretted his position on busing, Biden argued that he did not oppose busing generally.

"I did not oppose busing in America. What I opposed is busing ordered by the Department of Education," he said.

Black Women, Motivated To Oust Trump, Aren't Convinced Of Any Democrat Yet

Early polls show Biden drawing strong support from black voters, but in the past week he has had to contend with criticism of his comments about the segregationist lawmakers.

He has also faced heat for his role in crafting the 1994 crime law that critics say swelled U.S. prison populations and disproportionately affected African Americans.

Joe Biden Is Democrats' Past, But New Allegations Mean He Might Not Be Their Future

While Biden did oppose federal involvement in busing, he backed the extension of the Voting Rights Act and other major civil rights legislation.

As vice president during the Obama administration, Biden helped push for changes to some drug-sentencing laws.