Accessibility links
Alabama May See A Large Number Of Yellow Jacket "Super Nests" This Year Scientists are warning Alabamians to be cautious of wasp colonies which can grow as big as a Volkswagen Beetle. The state may be on track to mirror 2006 where more than 90 super nests were reported. 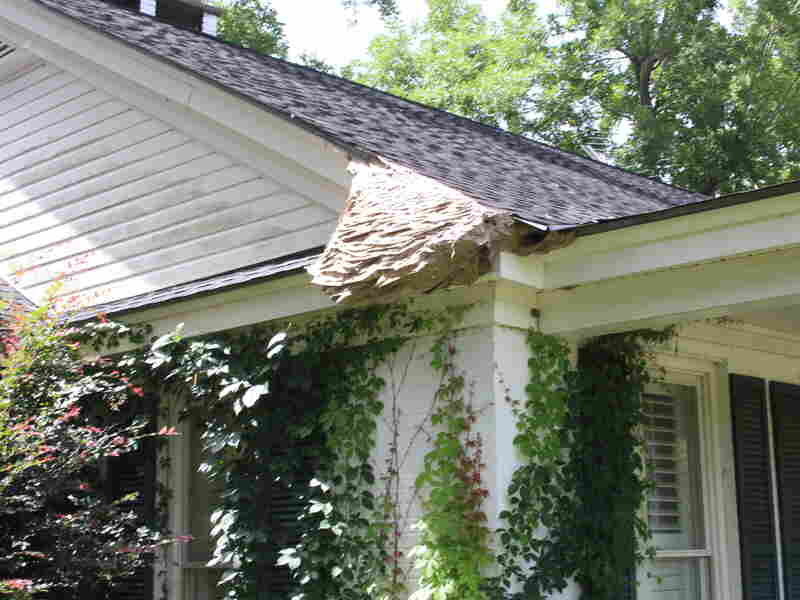 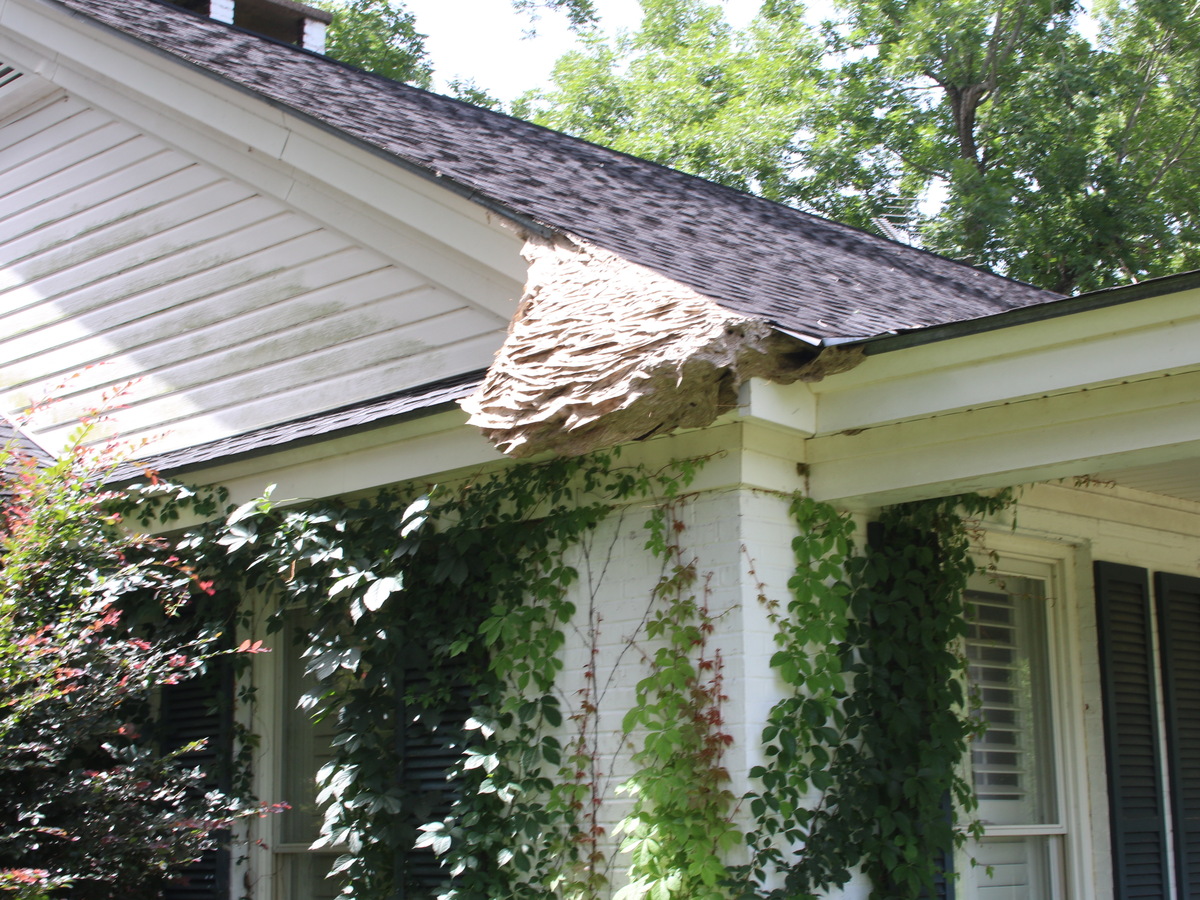 A "super nest" was located outside an Alabama home earlier this month. Experts recommend hiring a professional to help remove these dangerous colonies.

Similar to humans, yellow jackets often live in areas that disturb the natural environment. This means the two species are bound to cross paths.

Scientists are warning Alabama residents to be on the lookout for "super nests" which provide shelter to at least 4,000 yellow jackets. Early sightings of these nests suggests that the state may see a large number of wasp colonies popping up this year.

An average yellow jacket nest does not exceed the size of a volleyball, Charles Ray, an entomologist with the Alabama Cooperative Extension System and a research fellow at Auburn University told NPR. If they choose to build in a wall void or hole, their "super nest" may not even be noticeable until it suddenly appears, extremely large, seemingly out of nowhere. Ray said although yellow jackets are not good excavators or diggers they still manage to expand the nest.

"They tend to increase the size by either going out or inward. But eventually they might start finding their way into the home," Ray said.

Most years Ray witnesses zero to two observations of large nests. The last time Alabama had a huge outbreak of "super nests" was in 2006 with more than 90 sightings — the first was reported during mid-June.

This year, the yellow jackets seem to be in a hurry. Ray said his email is flooding with potential sightings of "super nests." By mid-May he confirmed two in person, and since, at least 10 others through pictures.

Ray encourages homeowners to leave the nest alone and call a professional for help. If people choose to have the nests removed, Ray recommends contacting a licensed pest control operator, warning that some commercial operators will not tackle the job.

The southeast has a large population of yellow jackets.

Ray said the best way to measure whether a nest is perennial — one that has survived more than a year — is by counting the number of queens inside. A queen is darker colored and much larger than a worker. Some perennial nests can include up to a quarter-million yellow jackets.

In an average year, almost no nests survive the winter, according to Ray.

Every spring a queen wasp will set out to search for a place to construct a nest. Queens usually claim territory in any kind of cavity such as a wall void, or most commonly in a vacant rodent hole in the ground. Once the queen has found an ideal spot, she begins building.

"She starts the colony from scratch," Ray said. "She's doing all the work herself, she's a single mom."

After creating a nest, the queen lays a few eggs and sets off to forage for food such as spiders or other insects to bring home. She produces female workers who then assume responsibility for expanding the nest, feeding the young and protecting the colony. The nest will grow from one queen to thousands of workers. The nest is considered mature and at its largest by August. During the late summer, colonies consist of males which help produce more queens.

For example, a nest with 4,000 workers will usually produce 4,000 queens to prepare for the following season.

During winter the colony slowly fades away and the workers die from cold temperatures or starvation because their food supply disappears. The queen however lives and leaves the nest.

"The queens are the only ones who have [an] antifreeze-like compound in their blood so the queens can survive freezing," Ray said.

The queen finds a place under the bark of a dead tree or a log in the ground.

"They don't hardly move all winter, and so anything that finds them, any animal even fungi, could consume them," Ray said. "That's why they put out 4,000 queens. If one of them makes it through that winter in an average year, that's a successful colony."

Ray is in the process of confirming more perennial nest reports in person but said he expects the total to mirror 2006 numbers.