Accessibility links
Georgia Abortion Providers File Federal Suit Against State's 'Fetal Heartbeat' Law "This is a constitutional challenge" to Georgia's law, the plaintiffs say in the lawsuit, in which they call the abortion restrictions "an affront to the dignity and health of Georgians." 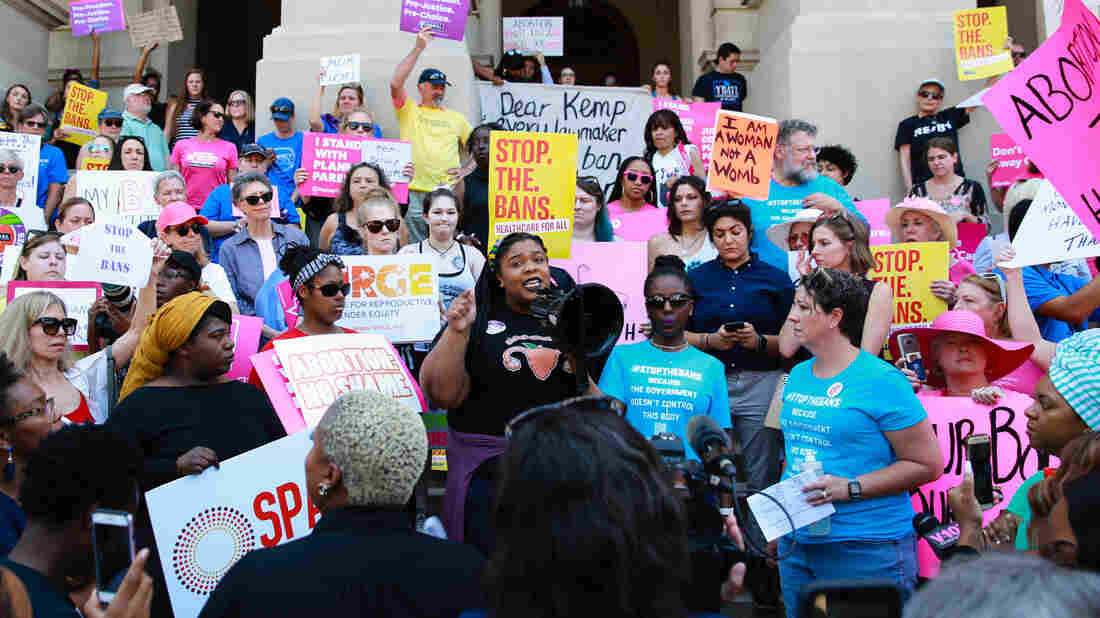 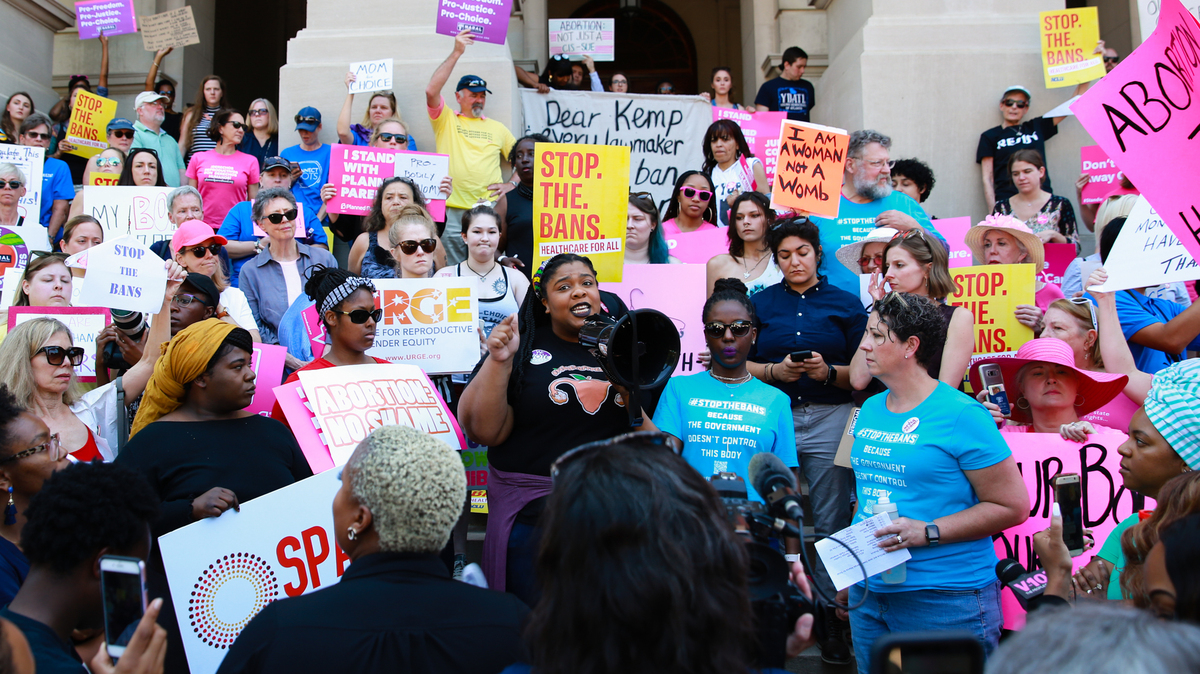 The ACLU, Planned Parenthood and several abortion providers in Georgia are asking a federal court to stop the state's new abortion restrictions from taking effect. Here, a woman is seen during protests last month after Gov. Brian Kemp signed the bill.

Abortion providers have filed a lawsuit seeking to block Georgia's controversial new law that bans abortions when heartbeat activity is detectable, typically about six weeks into a pregnancy — before many women know they're pregnant.

"This is a constitutional challenge" to the law, the plaintiffs say in the lawsuit, which was filed in a U.S. district court in northern Georgia Friday. The suit was backed by the local chapter of the American Civil Liberties Union and Planned Parenthood Southeast.

"This law is an affront to the dignity and health of Georgians," reads the suit, which calls the abortion restriction an attack that is particularly aimed at low-income residents, people of color and those who live in rural areas. Those groups, it states, "are least able to access medical care and least able to overcome the cruelties of this law."

Kwajelyn Jackson: “I want the state to recognize that the majority of Georgia is with us.” #gapol pic.twitter.com/gkejqLwSgm

The lawsuit also notes that black women in Georgia face one of the highest rates of pregnancy-related death in the U.S.

Georgia's new abortion law is set to take effect on Jan. 1, 2020. The plaintiffs are asking a federal court to stop that from happening.

When asked for a response, the office of Georgia Attorney General Chris Carr said Friday that it cannot comment on pending litigation.

Early Abortion Bans: Which States Have Passed Them?

The legal challenge comes more than a month after Republican Gov. Brian Kemp signed the measure into law — a move that was welcomed by conservatives but that triggered protests.

"We must protect life at all stages. We must remember our higher calling," Kemp said when he signed the bill. He also thanked his allies who he said "rejected the status quo" by pushing to impose new limits on abortion.

But Georgia's law has also resulted in calls to boycott the state — which could have wide effects and endanger Georgia's thriving film and TV production business.

Georgia is one of at least seven states that recently adopted restrictive abortion laws, including Louisiana, Kentucky, Ohio, Mississippi, Missouri and Alabama.

As NPR's Sarah McCammon reports, "Abortion bans passed in several states in the Midwest and South prohibit the procedure at various points in the first trimester. None are in effect so far."

In Missouri, state officials are locked in a licensing dispute with a Planned Parenthood affiliate in St. Louis that operates the only clinic offering abortions in the state.

Alabama's new law, which Gov. Kay Ivey signed last month, makes it a crime for doctors to perform abortions at any stage of pregnancy unless there are dire health concerns.

On Friday, the U.S. Supreme Court rejected Alabama's bid to revive its 2016 ban on a procedure often used in second-trimester abortions.. The court said it will not review a decision by the 11th U.S. Circuit Court of Appeals that struck down Alabama's ban on the procedure known as dilation and evacuation.