Accessibility links
Astronomers Collect 40,000 Used Eclipse Glasses In U.S. For People In South America "We were contacted by people all over the country who said, 'We'd like to collect glasses for you, how do we become a collection center?' " says Mike Simmons, president of Astronomers Without Borders. 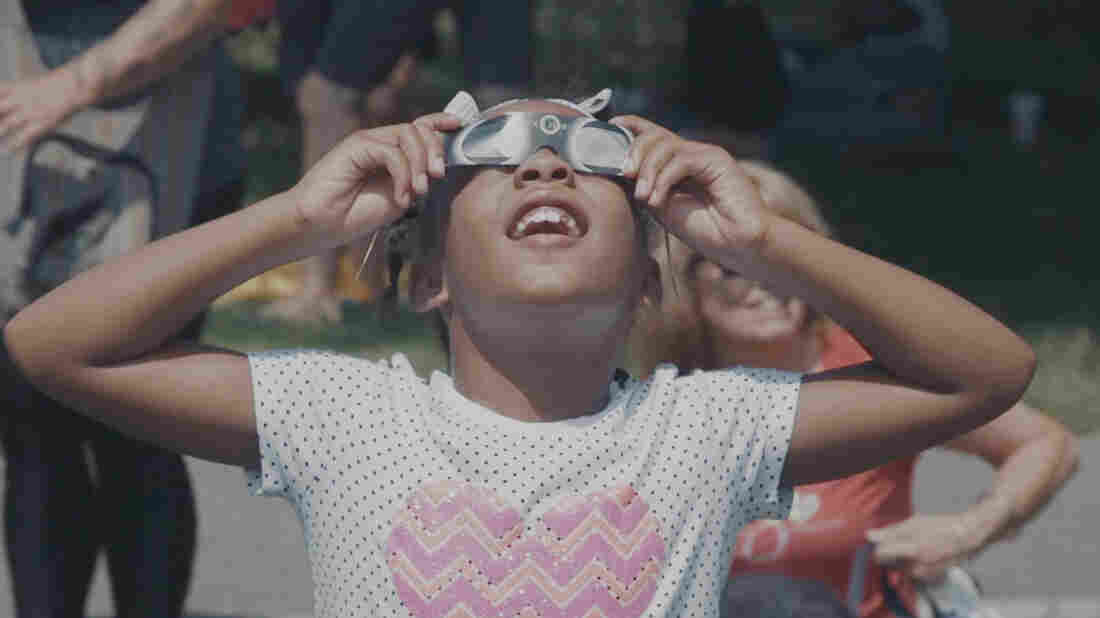 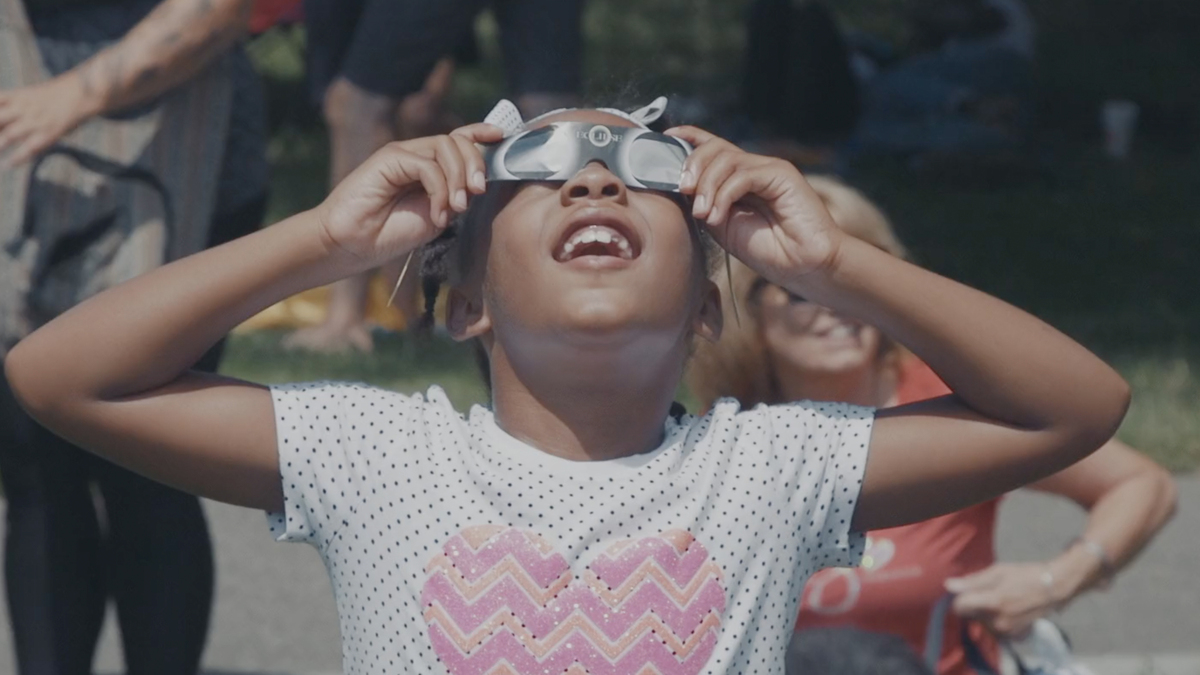 Americans bought tens of millions of pairs of eclipse glasses to watch the total solar eclipse that crossed the U.S. in 2017. Now tens of thousands of them are heading for South America for another eclipse.

A group of astronomers is repurposing boxes and boxes of the glasses to send to hopeful viewers ahead of the celestial event that will be visible across much of the continent on July 2.

Witnessing a total solar eclipse can be a transcendent, even life-changing experience. But to do so safely, you must be wearing proper eye protection or risk injury.

The initiative by Astronomers Without Borders "is one of those things that fate brings you," says its president, Mike Simmons. In the past, he adds, the group oversaw "relatively small," crowdfunded efforts that sent a few thousand glasses at a time to schools in Africa or South America.

Planning To Watch The Eclipse? Here's What You Need To Protect Your Eyes

But massive interest in the 2017 eclipse presented an opportunity to do something bigger. The group asked people to send in their used glasses — and then the campaign became much larger than the astronomers ever imagined.

"We thought that people would be sending them in in small batches," Simmons says. Astronomers Without Borders had identified a company in Arkansas with warehouse space to collect them. "But as it turns out, we were contacted by people all over the country who said, 'We'd like to collect glasses for you. How do we become a collection center?' "

Astronomers Without Borders drew up some guidelines, and soon it had more than 1,000 collection points across the U.S.

They included "optometrists, which was fitting because it's a way to protect your eyes," Simmons says. "We had every kind of business you could think of. We had departments in universities and just individuals. We had libraries. It just ran the gamut through society."

"People were really into it," he added. "They loved the idea of being able to share the experience they had with kids in other countries where they wouldn't be able to get the eclipse glasses."

The group collected more than 5 million pairs, which were inspected by volunteers to make sure they are still safe to use and not counterfeit. It sent 40,000 pairs to Argentina, Chile and Peru, which are being distributed at schools, universities and planetariums for this upcoming eclipse. 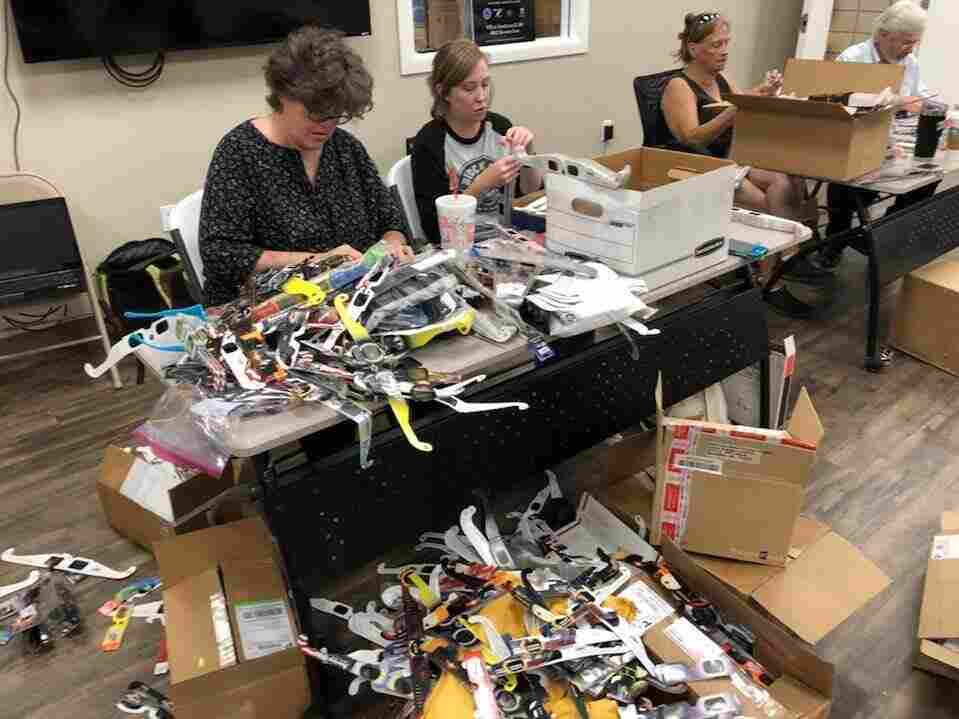 Volunteers check donated glasses to make sure they are still safe to use. Astronomers Without Borders hide caption 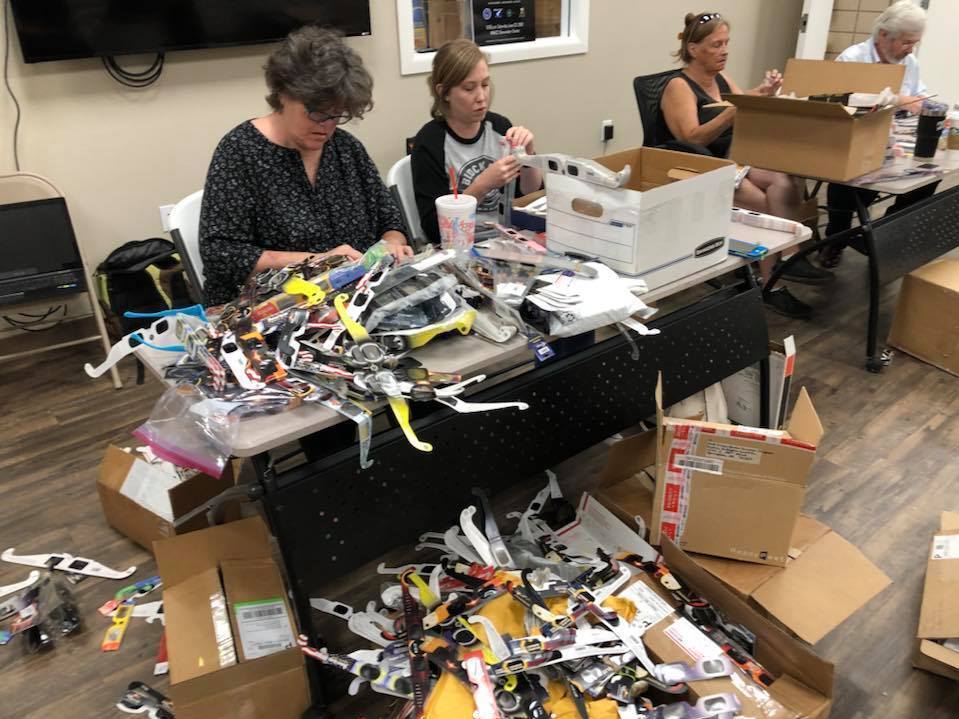 Volunteers check donated glasses to make sure they are still safe to use.

Astronomers Without Borders plans to continue to send batches of the glasses it collected to other countries for use during future eclipses, including another total eclipse next year in South America.

Simmons says it's important to help give people the opportunity to witness such a spectacular event. It also gets people interested in science, technology, engineering and math. "For students and teachers to bring STEM intro the classroom, it really is a great inspiration. ... It's a gateway science."

Since most people on the planet are not in South America, those elsewhere who want to watch the eclipse can tune in to a live stream from National Science Foundation's Cerro Tololo Inter-American Observatory in Chile, broadcast here.

And if you are in a place where the eclipse will be visible but don't have access to eclipse glasses, here's a video from NPR's Skunk Bear with a few other ideas on how to safely watch it.