Accessibility links
Europe Is Gripped By Staggering Heat Wave As France Experiences Its Hottest Day It comes as much of Europe, including Spain and Germany, sees record-breaking temperatures. 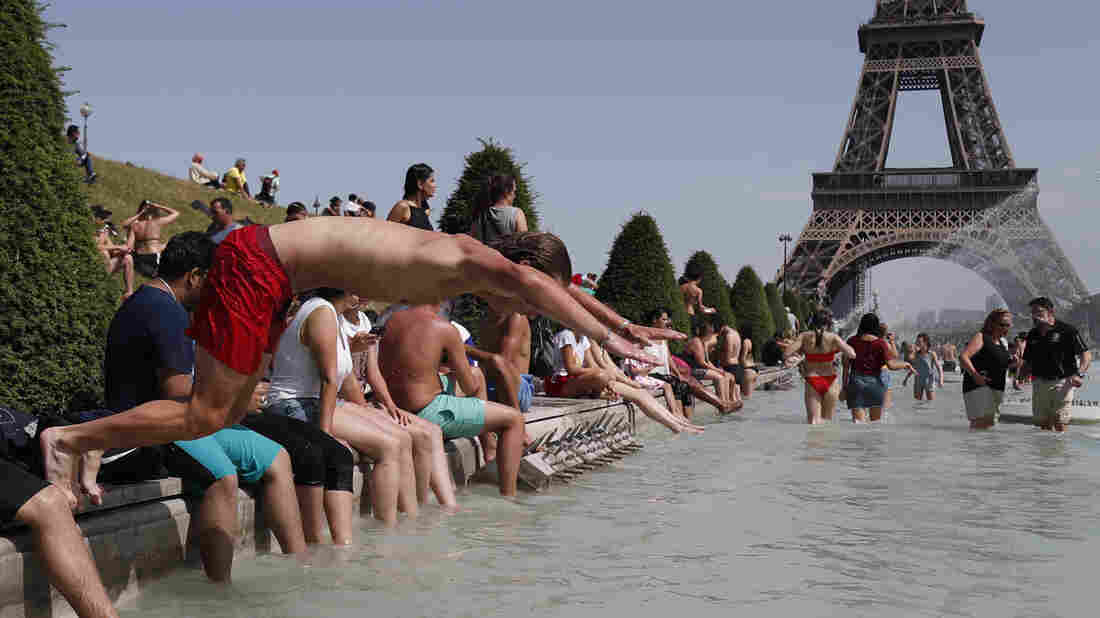 A boy jumps into the water of the Trocadero Fountain in Paris on Friday, to find relief from the heat wave. Zakaria Abdelkafi/AFP/Getty Images hide caption 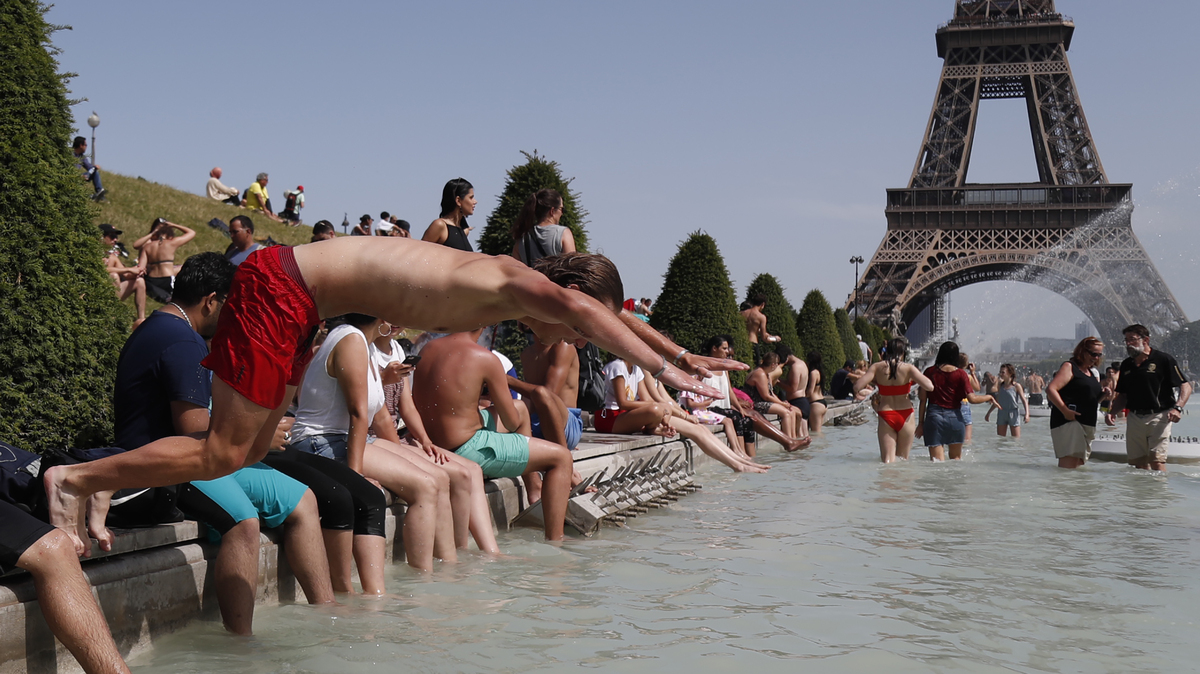 A boy jumps into the water of the Trocadero Fountain in Paris on Friday, to find relief from the heat wave.

In the small, quaint town of Villevieille, southern France, the temperature soared to 113.2 degrees on Friday.

Météo-France, the national weather service, issued its highest warning level for four regions of the country.

French Prime Minister Édouard Philippe described the heat as "exceptional in its precocity and intensity," saying government preparations were not an overreaction but a necessity.

Some 4,000 schools closed for the day out of concern for children's safety, he said. As part of emergency heat wave plans, public cooling rooms had opened in Paris and other cities, and parks and pools stayed open for extended hours. Parisians could also use a smartphone app to find places to cool down.

But at least four people have drowned in France this week, according to France 24.

The French government started to take blistering temperatures seriously after 2003, when an estimated 15,000 people died in a heat wave. At the time, government officials were slammed for overlooking the health threats.

Record temperatures have gripped other parts of Europe this week. Heat records were broken in Germany, Poland, the Czech Republic, Switzerland, Luxembourg and the small principality of Andorra, between France and Spain.

In Spain, firefighters have spent days trying to tame a raging wildfire said to have been sparked by combustible chicken manure that had been improperly stored.

At least two people in Spain were reported dead in connection with the weather — a 17-year-old man who had been working in a field in Andalusia and an 80-year-old man who died at a street intersection in the northern city of Valladolid.

The European Environmental Agency says that as rising greenhouse gas emissions have warmed the climate, Europe's number of warm days doubled between 1960 and 2018. The continent is projected to have similar or worse heat waves "as often as every two years" in the second half of the 21st century, in the highest emission scenario of four scenarios used by the U.N. Intergovernmental Panel on Climate Change.