Accessibility links
Women's World Cup: USA Meets France Epic. Intense. Pressure-packed. Match of the tournament. The U.S. got the scoring started early, and the game lived up to the hype. 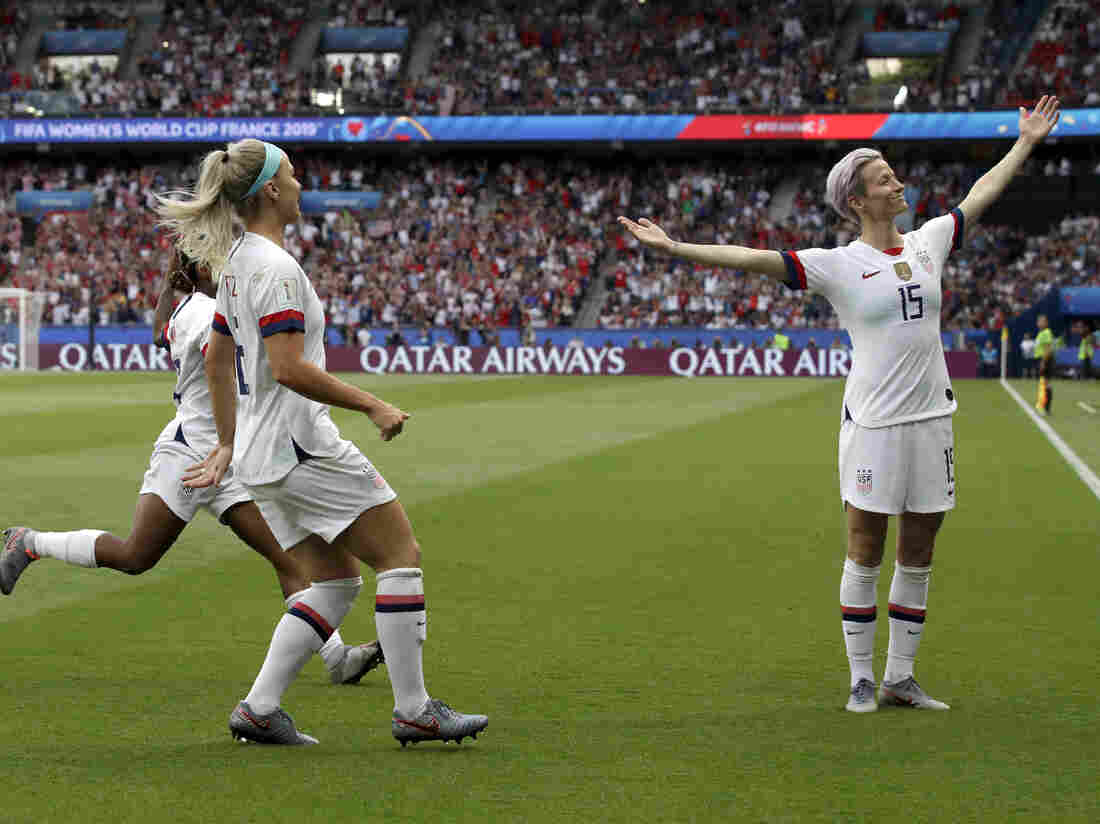 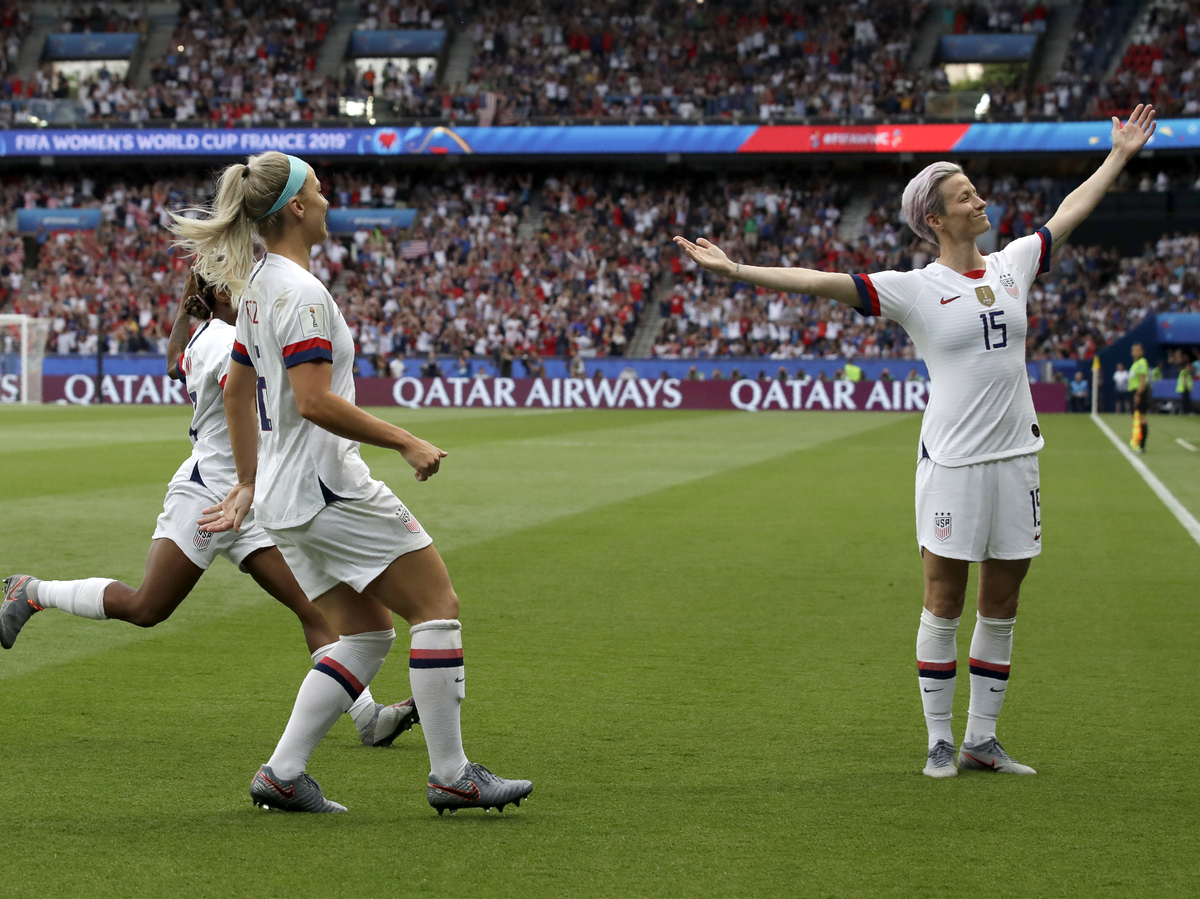 Pick your superlative and chances are someone, somewhere used it to describe this game at some point. Epic. Intense. Pressure-packed. Match of the tournament. Regardless of the term, the Women's World Cup quarterfinal game lived up to the hype. One versus four. Defending champion against the host country favorite. The U.S. was crisp and powerful from the first whistle until the final one. It beat France 2-1.

The U.S. got the scoring started early. After Alex Morgan was fouled just outside the France penalty area, Megan Rapinoe lined up to take the free kick. The shot was a laser. The ball sliced through a sea of U.S. and French players, untouched, and found the back of the net in the 5th minute. It was the first time France had trailed in this Women's World Cup.

The U.S. was on the attack all half long with runs deep into the French backfield. It was a physical contest as both teams battled the heat and each other at Parc des Princes stadium in Paris. The Americans were buoyed by their defense which stifled the French, closing down countless scoring opportunities. Crystal Dunn, Julie Ertz and Kelley O'Hara suffocated the French scorers shutting them out in the first half.

The second half started just like the first. A strong U.S. attack right from the get-go The U.S. launched two shots on goal in the seconds after the opening whistle. Corner kicks, powerful strikes and fortunate bounces all were in the Americans' favor. France had more success after their halftime adjustments with several scoring chances but also several unforced errors.

The United States still found a way to dissect the French defense in the second half and it came courtesy of Megan Rapinoe again. She powered home a blistering shot in the 65th minute after a Tobin Heath assist skittered in front of the French goal. Rapinoe also scored both goals in the last game against Spain.

France finally found the back of the net in the 81st minute with a sparkling header by Wendie Renard. The 6-foot-2-inch defender is the tallest player in the Women's World Cup. The score energized the French crowd (and the French team) which had been relatively quiet since the early goal from Megan Rapinoe. But the U.S. found a way to withstand a furious French attack.

It was the 10th straight World Cup win for the U.S. (tying Norway). The United States is seeking to become just the second nation to win successive World Cups (Germany 2003 & 2007). After this emotional win against France, the road doesn't get any easier for the Americans. The U.S. takes on England in the semifinals on Tuesday.