Accessibility links
Judge Rules Against Switching Military Funds To Border Wall Construction The Trump administration had planned to transfer Defense Department funds intended for anti-drug activities. The judge ruled Friday in a lawsuit against the switch filed by the Sierra Club and others. 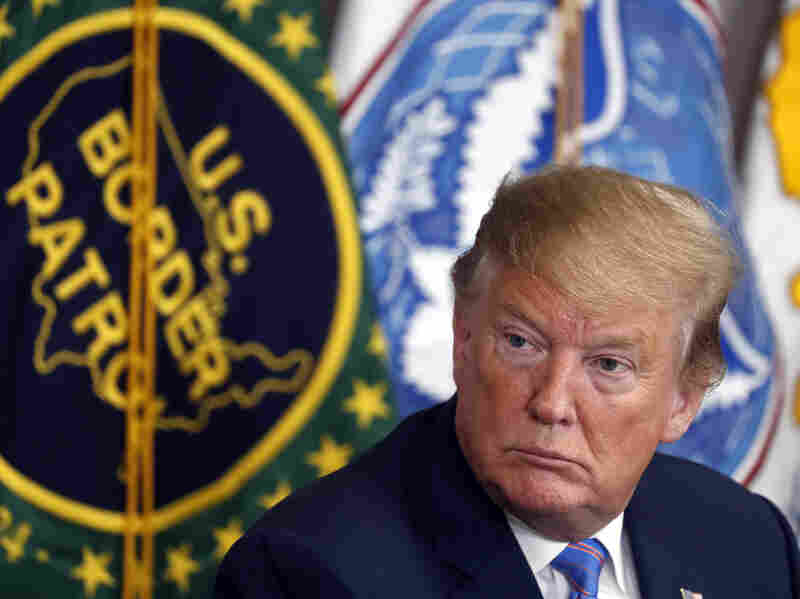 President Trump participates in a roundtable on border security at a U.S. Border Patrol station in Calexico, Calif., in April. On Friday, a federal judge ruled against the use of military funds for the president's border wall. Jacquelyn Martin/AP hide caption 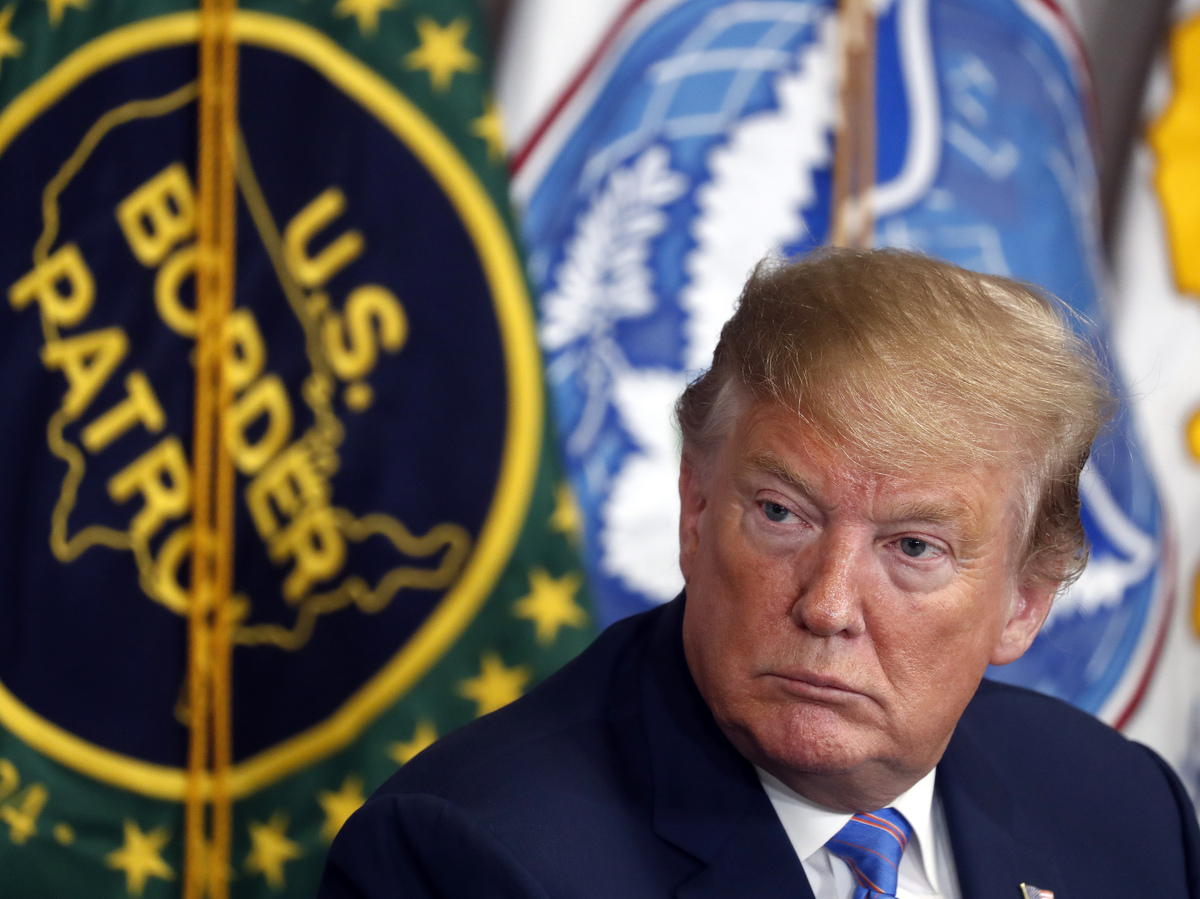 President Trump participates in a roundtable on border security at a U.S. Border Patrol station in Calexico, Calif., in April. On Friday, a federal judge ruled against the use of military funds for the president's border wall.

A federal judge in California has blocked President Trump from using $2.5 billion in military funding to build a southern border wall.

The Trump administration sought to tap Department of Defense money to support the construction of portions of the president's long-promised border wall stretching across large swaths of the Mexican border with New Mexico, Arizona and California.

Those plans have now been halted after U.S. District Judge Haywood Gilliam sided with plaintiffs in two separate suits contending that the executive branch was overstepping its authority.

But the legal fight over border wall funding brought on by the two suits — one filed by the American Civil Liberties Union on behalf of the Sierra Club and the Southern Border Communities Coalition, and another suit filed by California along with 19 other states — is not over.

Trump, speaking to reporters at the end of a Group of 20 summit in Osaka, Japan, called the ruling "a disgrace," and said the administration will be "immediately appealing."

The U.S. 9th Circuit Court of Appeals could take the case on as soon as next week.

The decision on Friday expanded a ruling Gilliam issued last month affirming Congress' absolute control over federal spending, writing in May that the Trump administration attempting to circumvent Congress to use federal money for desired projects "does not square with fundamental separation of powers principles dating back to the earliest days of our Republic."

Since then, the judge wrote that the Trump administration has presented no evidence to cause a re-evaluation of the earlier decision.

"Defendants do not have the purported statutory authority to reprogram and use funds for the planned border barrier construction," wrote Gilliam, calling the Trump administration's plans "unlawful."

Sanjay Narayan, a lawyer for the Sierra Club, told NPR that the Trump administration indicated border wall construction could begin as soon as Monday, but the group's legal victory is preventing that from happening.

"The administration's core contention has been that Congress never denied funding for the wall, which runs into the fact that we had the longest government shutdown in American history precisely over whether or not the wall would be funded," Narayan said. "The court held that it is required not to ignore that reality and that Congress did deny funds for the wall."

The month-long partial government shutdown last winter stemmed from a standoff over border wall funding, with Congress allotting $1.3 billion for border fencing, far below what Trump had wanted.

Gilliam's ruling blocks $2.5 billion out of the $6.7 billion Trump hopes to divert from other government projects to pay for his prized wall.

The Sierra Club argued that building the border wall would inflict upon its members "irreparable harm" to their "recreational and aesthetic interests," including hiking, birdwatching and other activities that promote conservation along the border, the group said.

"The proposed wall goes through both border communities in which the Sierra Club has members and across public lands that are of enormous public value," Narayan told NPR. "The wall, if it's constructed, will be enormously disruptive to those communities and the wildlife on the lands."