Accessibility links
'Three Women' Puts Female Desire At The Forefront For her new book, Lisa Taddeo spent nearly a decade immersed in the sex lives of three women. She says desire is one of the things we think about the most, and it's time to talk about women's desires. 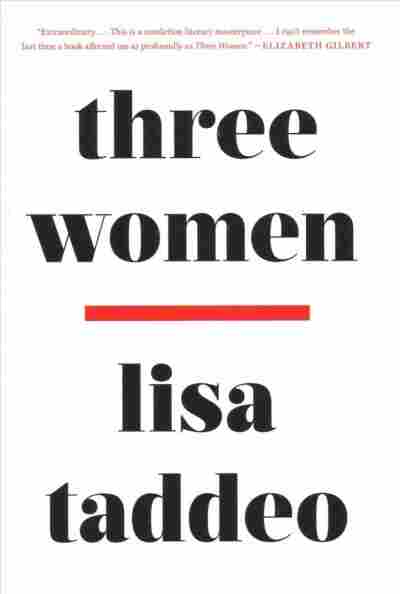 For her new book Three Women, journalist Lisa Taddeo immersed herself in the sexual and emotional lives of three women over the course of nearly a decade.

There's Lina, a Midwestern housewife who begins an affair to escape a sexless marriage. Sloane, a wealthy and beautiful New Englander married to a man who likes to watch her have sex with other people. And Maggie, a young woman from North Dakota who suffers through the aftermath of a sexual relationship with her high school teacher – including a criminal trial where he was acquitted.

"Desire is one of the things we think about the most," Taddeo says. "And it's also our biggest secret. The thing that sort of causes the most reticence to talk about ... and the other thing is that as women predominantly we're talking a lot now about what we don't want, which is obviously vital and great, but we're still not talking about what we do want."

On getting the women to open up to her

There's an element to people just wanting to be listened to about their lives. And each of them had, you know, communities that weren't listening at all. Maggie in specific had an entire community basically ... not even not believe her, just not listen. And Lina's was, she knew that despite all of these parts of her life that were so difficult to live through, you know, her impending affair that she was going to have after her husband not touching her for a long time, and not wanting to kiss her on the mouth anymore, and saying that the sensation offended him, she knew that people were going to judge her — and they did. And so I think the element of being unseen and unheard is one of the most painful things that human beings can experience.

On Maggie's teenaged relationship with her teacher

Maggie I think that, you know, one, it's the attention of an authority figure — not just that, but someone that she really respects and you know, he was telling her you're smart, you are someone in the world. And she came from a place that didn't exactly do that for her, so that was — she was being exalted by this person that she so respected. But at the same time, I think that that would have been enough. She just wanted, like, a bouquet left on her doorstep. So I think that where it went from there, that's not what she wanted, even though she didn't really know that at the time.

On the lack of vanilla, happy, long-term relationships in the book

Sloane's relationship is genuinely a really happy marriage. I mean of course there's some confusion there, and because it's aberrant, I think that it's not easy for people to see that it's a happy marriage. But you know, she had said to me multiple times that her husband comes up behind her when she's looking in the mirror, and he's like, "You are the most beautiful woman in the world. You are my fantasy." And I think that there's so much power in that, especially with getting older, and all of those things, the idea that this person is just in love with you, and maybe he likes to, you know, do other things in the bed, but ultimately she says, "I know that my husband wants me above all other things." And there's a lot of stuff that happens that is not vanilla, as you said. But at the same time, I know that she is happy and I think her marriage is truly a happy one.

On the insights she's gained into women's desire

You know, women experience it, I believe, and it's what I've observed by talking to hundreds of people that we experience desire in a very complex way, we don't compartmentalize it. It sort of lives at the top of our brains at every moment. And, you know, along with that, it's — men for centuries have had their desire. It's a fact of life, whereas women's is not considered that. There is the Madonna and the whore aspect, there is still so much judgment. And I hope that by showing these windows into three people, that other people will feel more comfortable sharing their own stories, and less shame, because there is a sort of guidebook.

This story was produced for radio by Samantha Balaban and Cindy Johnston, and adapted for the Web by Petra Mayer.

Previous audio and Web versions of this story omitted the outcome of Maggie's teacher's criminal trial.