Accessibility links
Trump Holds Off On More China Tariffs; 2 Sides Agree To Restart Trade Talks President Trump said the two countries would "continue the negotiation." He said the U.S. would keep existing tariffs in place, but would not impose new tariffs on Chinese imports. 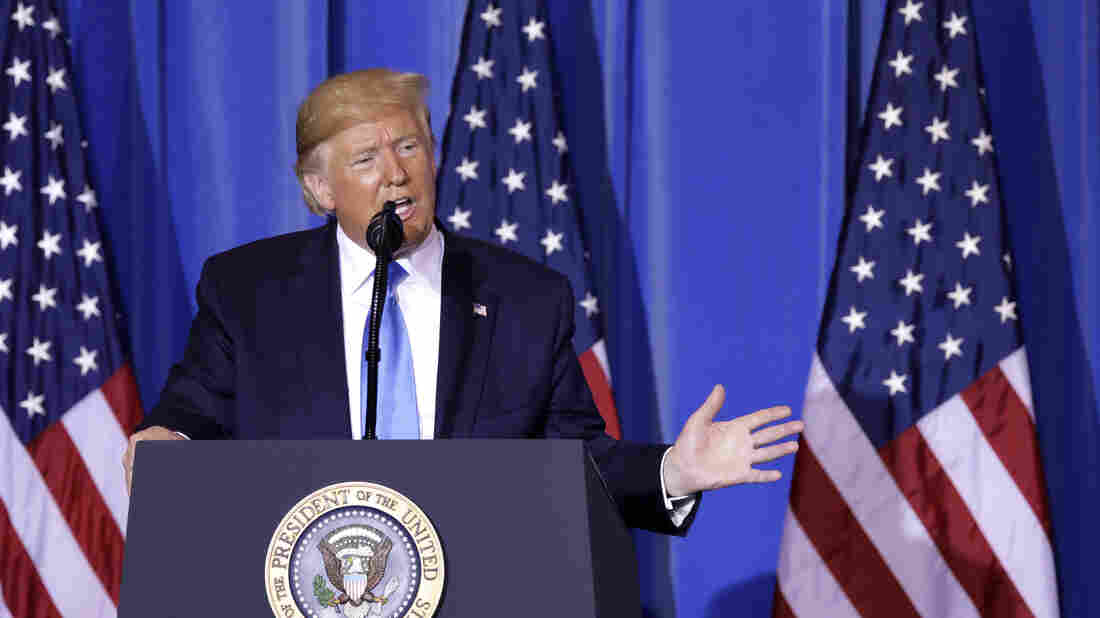 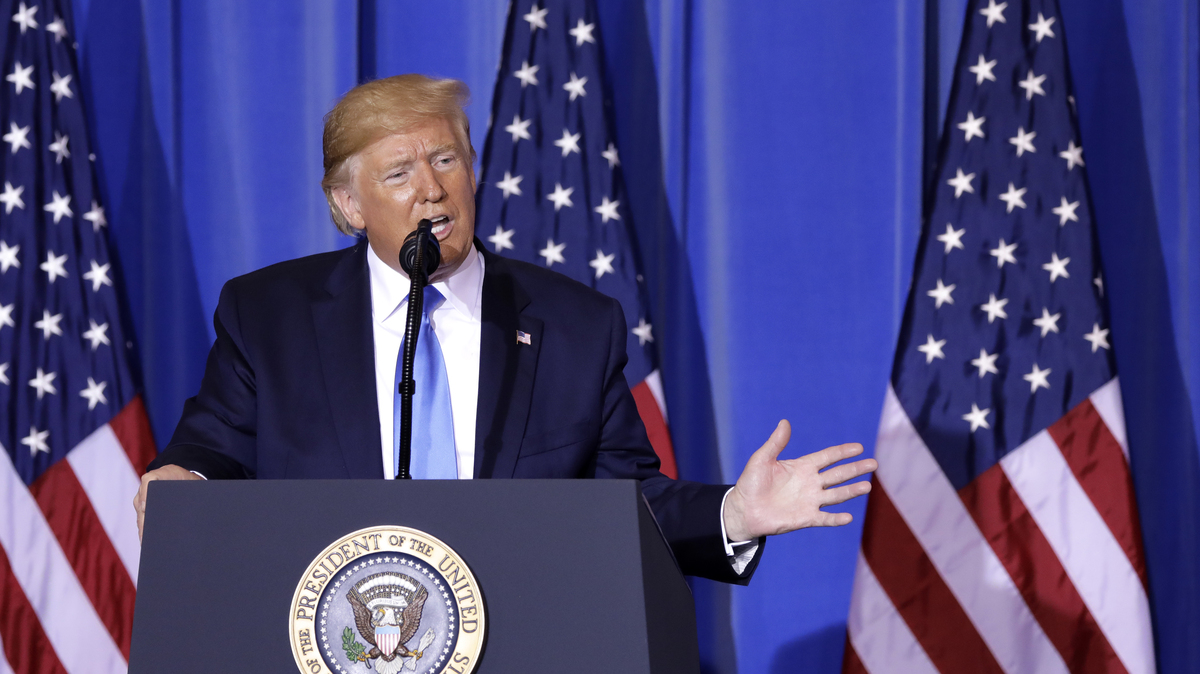 President Trump speaks during a news conference following the Group of 20 summit in Osaka, Japan, on Saturday. Trump said the U.S. and China would resume trade talks.

The U.S. and China have agreed to restart trade talks, and the Trump administration will hold off for now adding new and costly tariffs on some $300 billion in Chinese imports.

President Trump announced the trade truce after an 80-minute meeting with Chinese President Xi Jinping on the sidelines of the Group of 20 summit in Osaka, Japan.

"Basically we agreed today that we're going to continue the negotiation," Trump told reporters Saturday. "We're going to work with China on where we left off to see if we can make a deal."

In exchange, Trump said China had agreed to increase its purchases of U.S. agricultural products.

"We're holding on tariffs, and they're going to buy farm product," Trump said.

The temporary cease-fire does not end the trade war between the U.S. and China. The Trump administration is still charging 25% tariffs on some $250 billion worth of goods imported from China. Xi's government has retaliated by taxing U.S. exports, while at the same time reducing tariffs on competing products from other countries.

Those tariffs will remain in place while the U.S. tries to broker a trade deal with China that offers more protection for intellectual property and prevents the forced transfer of American technological know-how.

The Trump administration thought it was approaching such a deal until last month, when China balked at provisions the administration believed were already settled. Still, the president says he's cautiously optimistic that a comprehensive agreement is still possible.

"They would like to make a deal, I can tell you that," Trump said. "If we could make a deal, it would be a very historic event."

The president said for now, he will allow U.S. tech companies to keep supplying components to the Chinese telecom giant Huawei. National security experts worry the company, which makes cellphones and telecom equipment, could become a conduit for surveillance by the Chinese government. The president said Huawei's future business with the U.S. will be left for later in the negotiations.

"Huawei is a complicated situation," Trump said. "We agreed to leave that to the end."

The president boasted of big trade deals that are in the works, but he offered no details.

Trump has not hesitated to impose protectionist measures. In addition to the China tariffs, he's slapped import taxes on foreign steel and aluminum, washing machines and solar panels.

The G-20 traditionally issues a formal statement opposing protectionism. The Trump administration warned before the summit it would not sign on to the statement if that warning — or another about the dangers of human-made climate change — were too strongly worded.

Although Trump's stance on climate puts him at odds with the rest of the G-20 leaders, he insisted he's not turning a blind eye to the hazards of a warming planet.

"I'm not looking to put our companies out of business," Trump said. "The powering of a plant — it doesn't always work with a windmill."