Accessibility links
The Black Keys Get Back To Basics With 'Let's Rock' Dan Auerbach and Patrick Carney speak with NPR's Lulu Garcia-Navarro about stripping down their sound and process on their first album in five years, "Let's Rock." 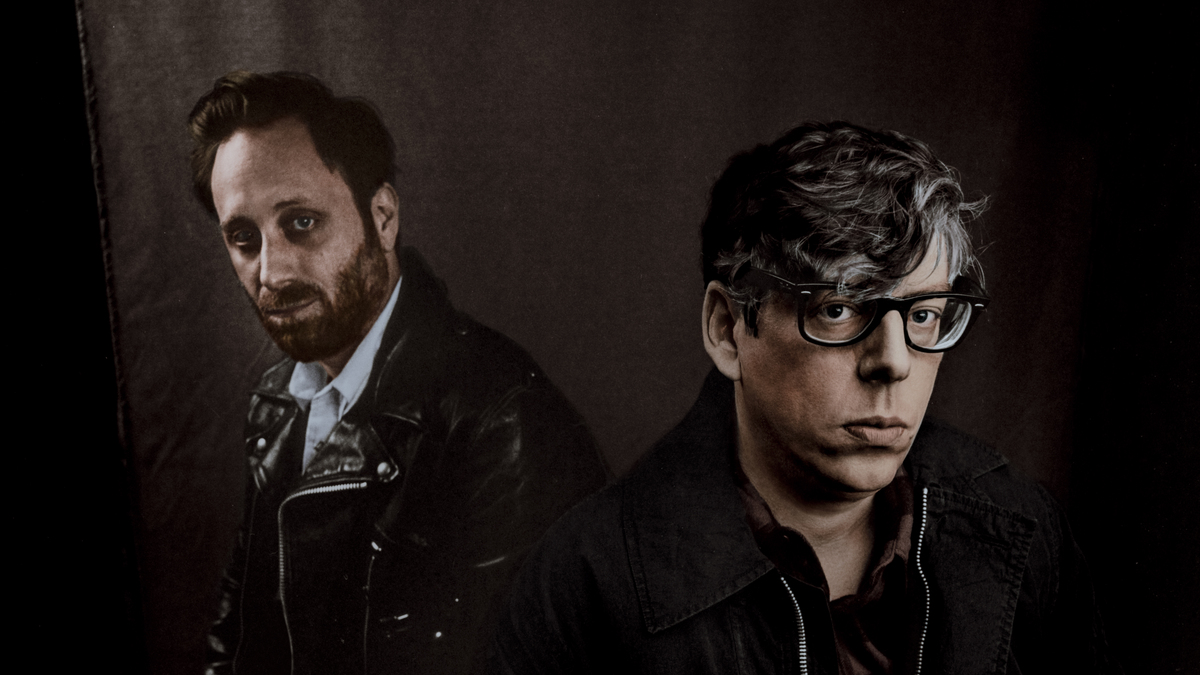 Between their formation in 2001 and last album in 2014, guitarist Dan Auerbach and drummer Patrick Carney released eight LPs as The Black Keys and became household names with songs like "Tighten Up" and "Fever." When the duo took a break from recording and touring after years and years on the road, rumors flew that the two men had had a falling out.

According to the band, the truth is much simpler: "It was about time," Auerbach says. "We needed a little bit of normalcy."

In the time since 2014's Turn Blue, both musicians have been busy. Auerbach launched his Easy Eye Sound record label, released his sophomore solo album, Waiting on a Song, and co-founded the oddball side project The Arcs. Carney produced albums by artists including Calvin Johnson and his now-wife, Michelle Branch, and created the theme song for Netflix's BoJack Horseman. But this week, the wait for new music is over.

Released June 28, The Black Keys' return to the studio is titled "Let's Rock," quotation marks included. During the lead-up to the album, the two couldn't help but poke fun at the gossip over their purported breakup: In the video for the song "Go," the band is sent to a spiritual retreat by its record label to learn to get along. ("They had validated parking, so that's what got us there," Auerbach jokes.)

Fans who have followed the band since the beginning may think of "Let's Rock" as a return to form: stripped-down, chugging, blues-rock that recalls their early days playing in garages and basements in Akron, Ohio. They say shedding the layered production that has characterized their later work was a natural move.

"We got together in the studio and it was like it was already agreed upon, but we hadn't even spoken about it: It was just going to be a guitar and drums record," Auerbach says. "There's no keyboards, no other musicians, no outside producers, just the two of us. After so many years apart, that was the way that it had to be."

"We learned to play music together, basically," Carney says. "I wanted to be a guitar player. I had this drum set at my house that I bought from washing dishes, so that I could have a friend play drums, and I would play guitar. But it soon became apparent that Dan was my only friend that wanted to come over and play music, and he was a much better guitar player, so I got moved to the drums. You know, we just kind of taught ourselves how to make records together."

"We just have always had this connection, where we can make music without really talking or thinking about it," Auerbach adds. "When we were 16, that's what we realized right away. We just started playing, and it worked."