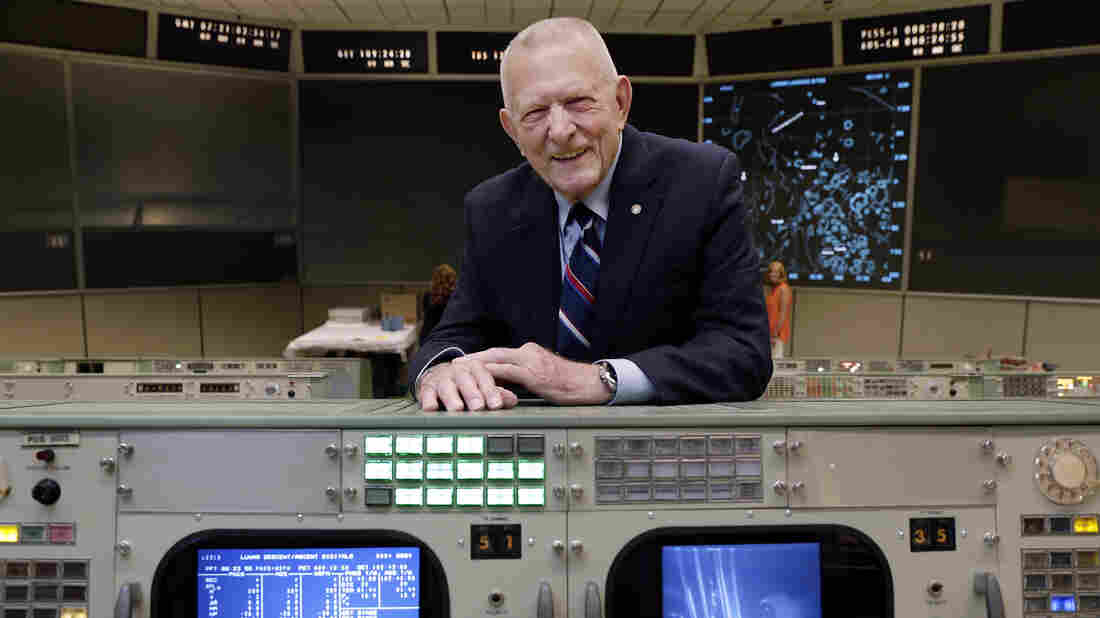 Gene Kranz stands behind the console at Mission Control in Houston where he worked during the Gemini and Apollo missions. Michael Wyke/AP hide caption 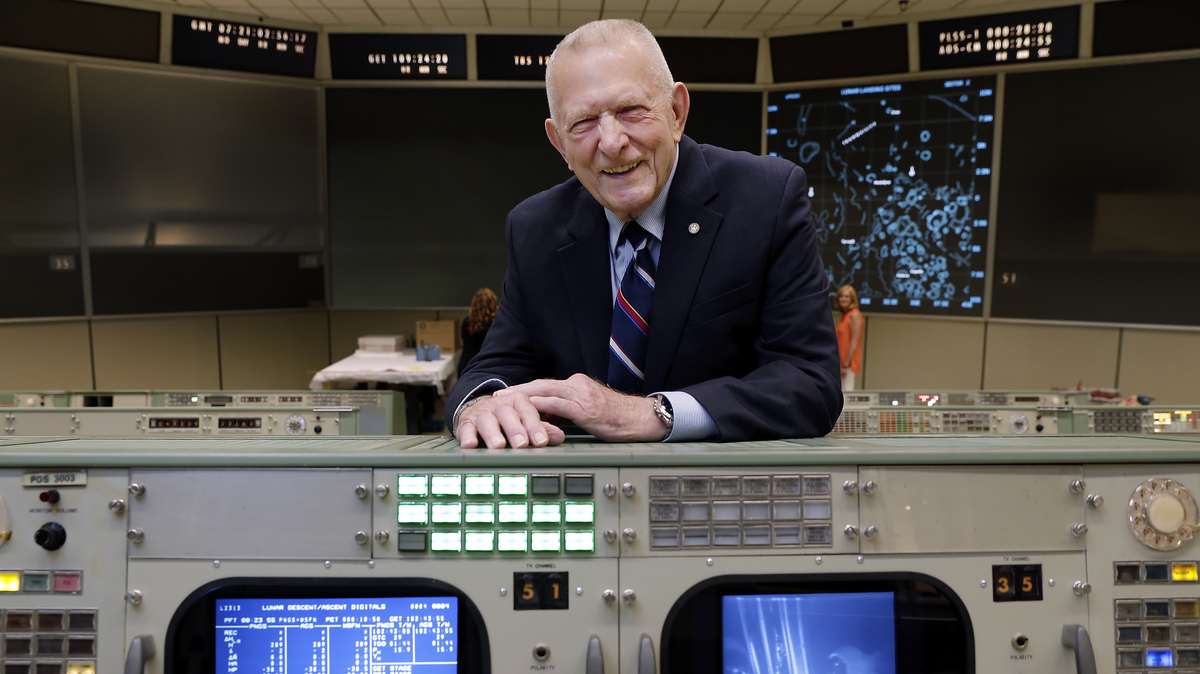 Gene Kranz stands behind the console at Mission Control in Houston where he worked during the Gemini and Apollo missions.

Gene Kranz may be the most famous flight director in NASA's history. He directed the actual landing portion of the first mission to put men on the moon, Apollo 11, and led Mission Control in saving the crew of Apollo 13 after an oxygen tank exploded on the way to the lunar surface.

Now Kranz, 85, has completed another undertaking: the reopening of Mission Control at NASA's Johnson Space Center in Houston.

The room where Kranz directed some of NASA's most historic missions, heralding U.S. exploration of space, was decommissioned in 1992. Since then, it had become a stop on guided tours of the space center but had fallen into disrepair. Kranz led a $5 million multiyear effort to restore Mission Control in time for the 50th anniversary of the first moon landing on July 20.

"I walked into that room last Monday for the first time when it was fully operational. And it was dynamite. Basically, I just, I won't say literally wept, but ... the emotional surge at that moment was incredible." Kranz said in an interview with NPR. "I walked down on the floor, and when we did the ribbon-cutting the last two days, believe it or not, I could hear the people talking in that room from 50 years ago. I could hear the controllers talking."

The room also brought back memories for Kranz of a shared sense of purpose.

"That group of people united in pursuit of a cause, and basically the result was greater than the sum of the parts. There was a chemistry that was formed," Kranz said.

Sandra Tetley, Johnson Space Center's historic preservation officer, worked with contractors to meticulously re-create the room, interviewing former flight controllers and collecting old photos. They scoured websites like eBay to find items from the Apollo era — such as cups, ashtrays and a coffee pot to fill the room.

Kranz, who was played by the actor Ed Harris in the 1995 movie Apollo 13, said the room's significance extends beyond historical items and artifacts. "[The room] also has a meaning related to the American psyche, that what America will dare, America will do," he said.

Kranz said he wants his early space missions to challenge America's youth to study science, engineering and technology, and for the restored room to provide inspiration for teachers and students.

"There's an awful lot of future out there, and what you got to do, is you go to out and grab it, wrestle it to the ground, accept the challenges, and then decide," Kranz said. "You've got the skills. You've got the knowledge. You've got the love, and you're capable of moving forward and making a great life for yourself."

Those were life lessons Kranz says he learned in Mission Control.

A previous version of this story misquoted former NASA flight director Gene Kranz as saying he "literally wept" when he walked into a restored Mission Control. He said he did not literally weep but that it was an emotional moment.