Accessibility links
Bernie Sanders Rejects Calls For Generational Change The presidential hopeful told NPR that arguments he and Joe Biden are too old to be president are "pretty superficial." And he warned that moderation may not excite voters enough to win in 2020. 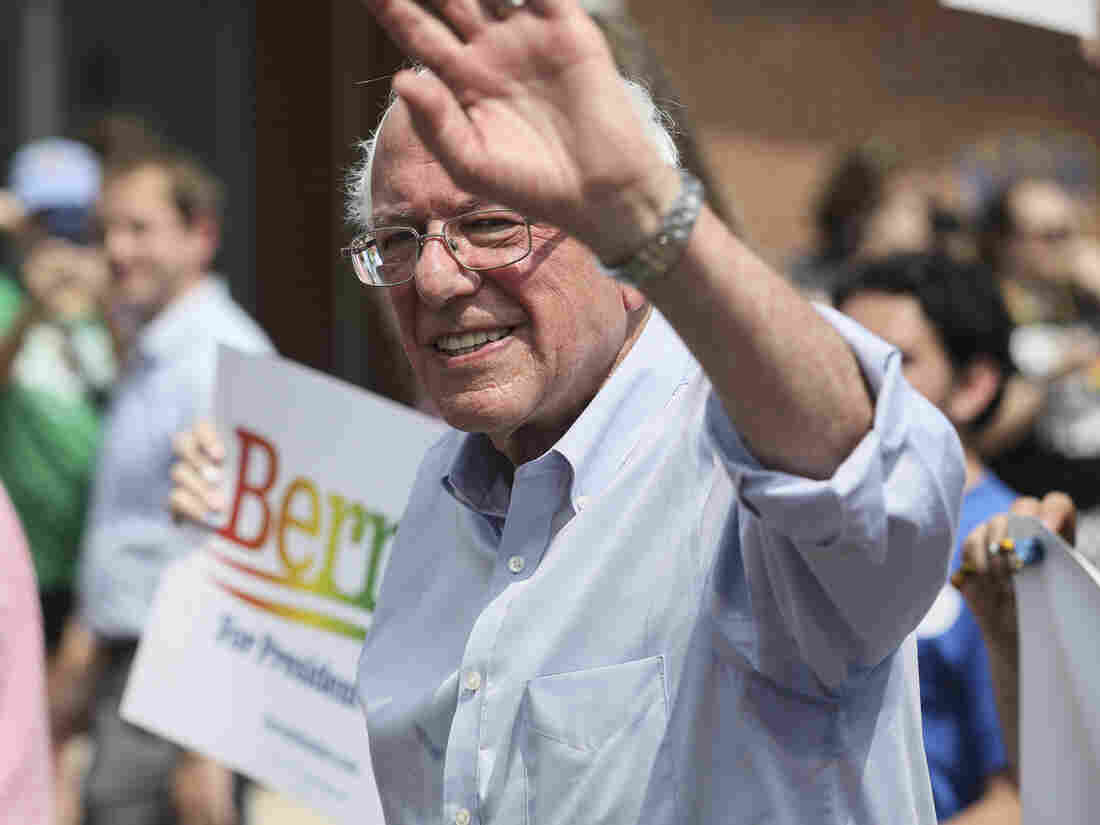 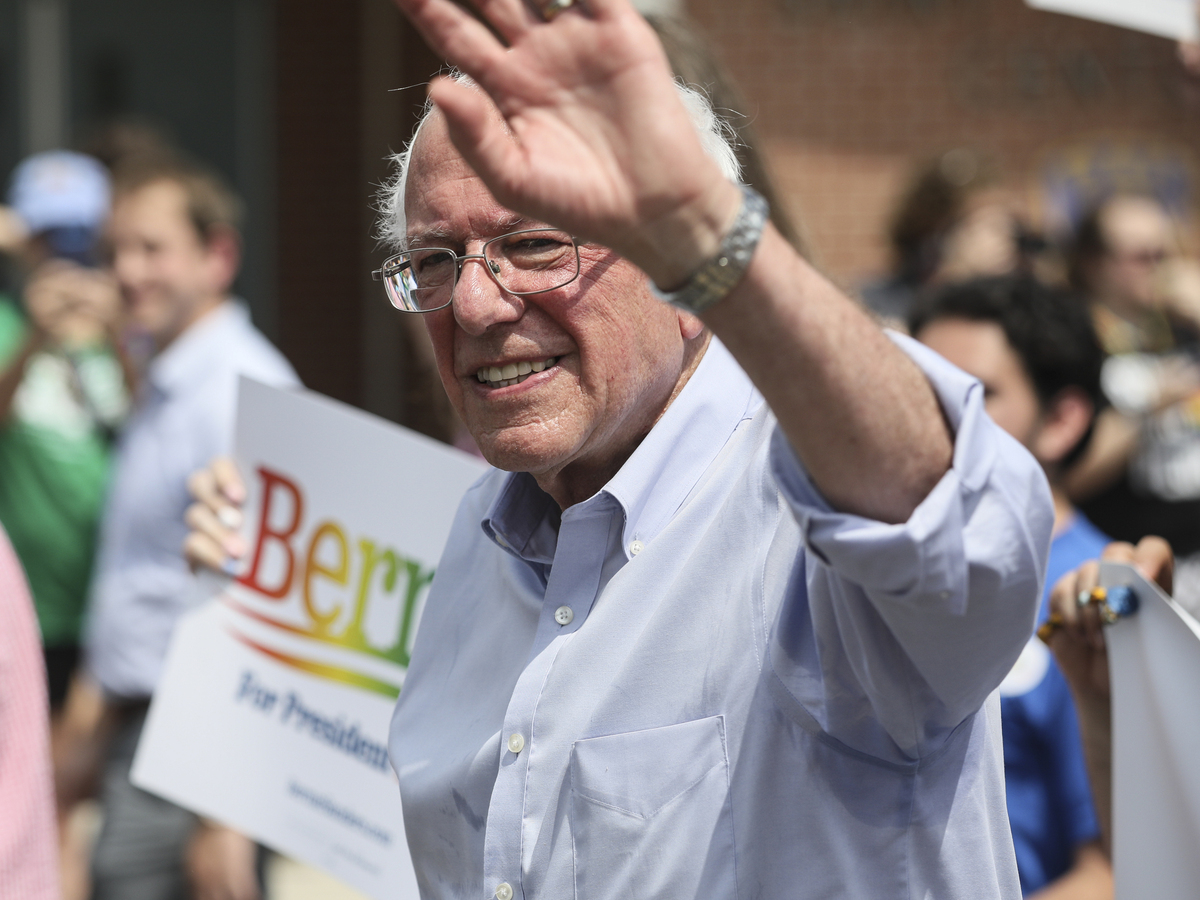 Democratic presidential candidate Sen. Bernie Sanders, I-Vt., waves as he marches with supporters in the Nashua Pride Parade in Nashua, N.H. on June 29, 2019.

One of Vermont Sen. Bernie Sanders's most animated moments in Thursday night's Democratic debate came after California Rep. Eric Swalwell urged voters to "pass the torch" to a new generation of leaders.

Swalwell's critique was aimed at former Vice President Joe Biden. But despite the fact that Sanders has been increasingly critical of Biden's policy positions, the independent Senator tried to rush to his fellow septuagenarian's defense. "As part of Joe's generation, let me respond," he urged the moderators in the middle of a candidate free-for-all.

Sanders, 77, never got a chance to make his case. But speaking to the NPR Politics Podcast and New Hampshire Public Radio on Saturday in Nashua, N.H., he called Swalwell's argument "pretty superficial."

Sanders's pushback comes at a time when generational divides are becoming an increasingly prevalent theme in the crowded Democratic primary. Were Sanders or Biden to defeat President Trump, 73, either one would become the oldest person ever elected to the White House. Both Swalwell and South Bend, Ind. Mayor Pete Buttigieg — both in their thirties -- are running campaigns centered around the idea of putting a new generation in charge of the country. And California Sen. Kamala Harris dominated the post-debate headlines with a stinging critique of anti-federal busing policy stances Biden took in the 1970s.

But Sanders was limited in his defense of Biden. He's regularly told interviewers in recent weeks that in order to defeat President Trump, the eventual Democratic nominee will need to give Democratic voters a reason to be excited. Asked whether Biden could fire up the Democratic base, Sanders initially declined to answer.

He went on, however, to warn against the consensus-seeking approach that Biden has staked his career on. "Voter turnout has got to be more and more young people, more and more working class people, more lower-income people, who traditionally do not get involved," he said.

Democratic Debate Highlights A Big Advantage For Trump. It's The Economy

Biden supports a $15 minimum wage and has released a climate plan, but has not gone as far as Sanders or other candidates on government-run health insurance, or large-scale debt relief and tuition-free schools.

Still, the candidate who refused to formally concede to former Secretary of State Hillary Clinton until weeks before the 2016 Democratic National Convention promised to do "everything I can" to help the eventual Democratic nominee in 2020 if he can't win the nomination himself.

"I think we've got a good chance to win this thing," he said. "But if, perchance, it is not me, I will do everything I can to support the winner and make sure we defeat Donald Trump."