Accessibility links
'Every Guy Wants To Be James Bond.' But Would They Pay $545 For His Onesie? Forgoing his signature tux for a baby-blue terrycloth swimsuit, Sean Connery's Goldfinger onesie became one of Bond's classic outfits. And now fans can buy the item for themselves. 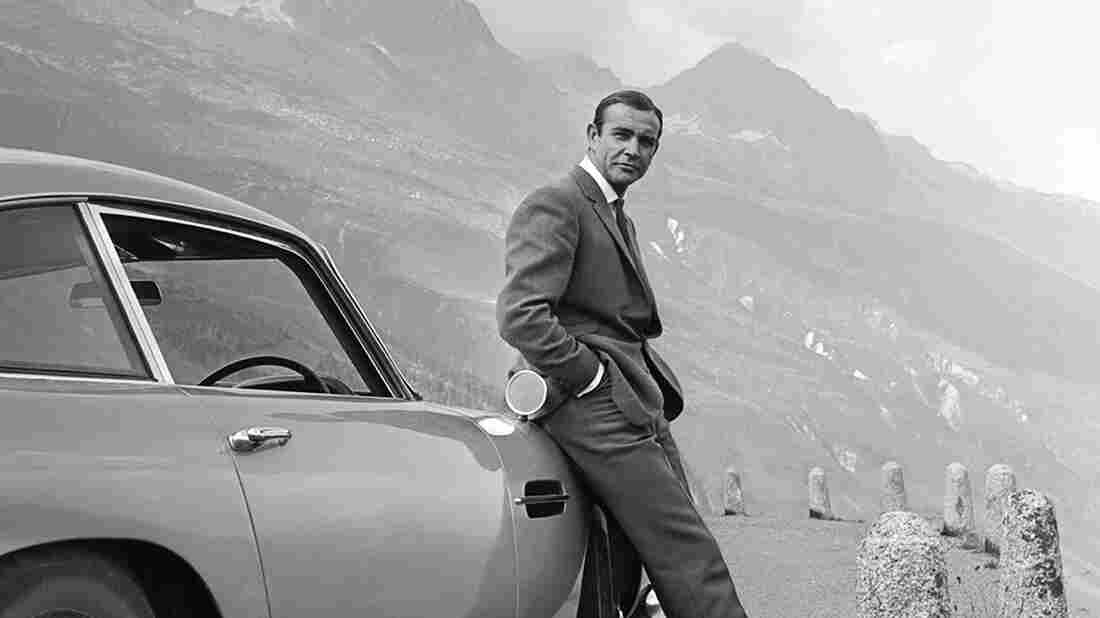 Actor Sean Connery poses as James Bond next to his Aston Martin DB5 in a scene from the United Artists release 'Goldfinger' in 1964. Michael Ochs Archives/Getty Images hide caption 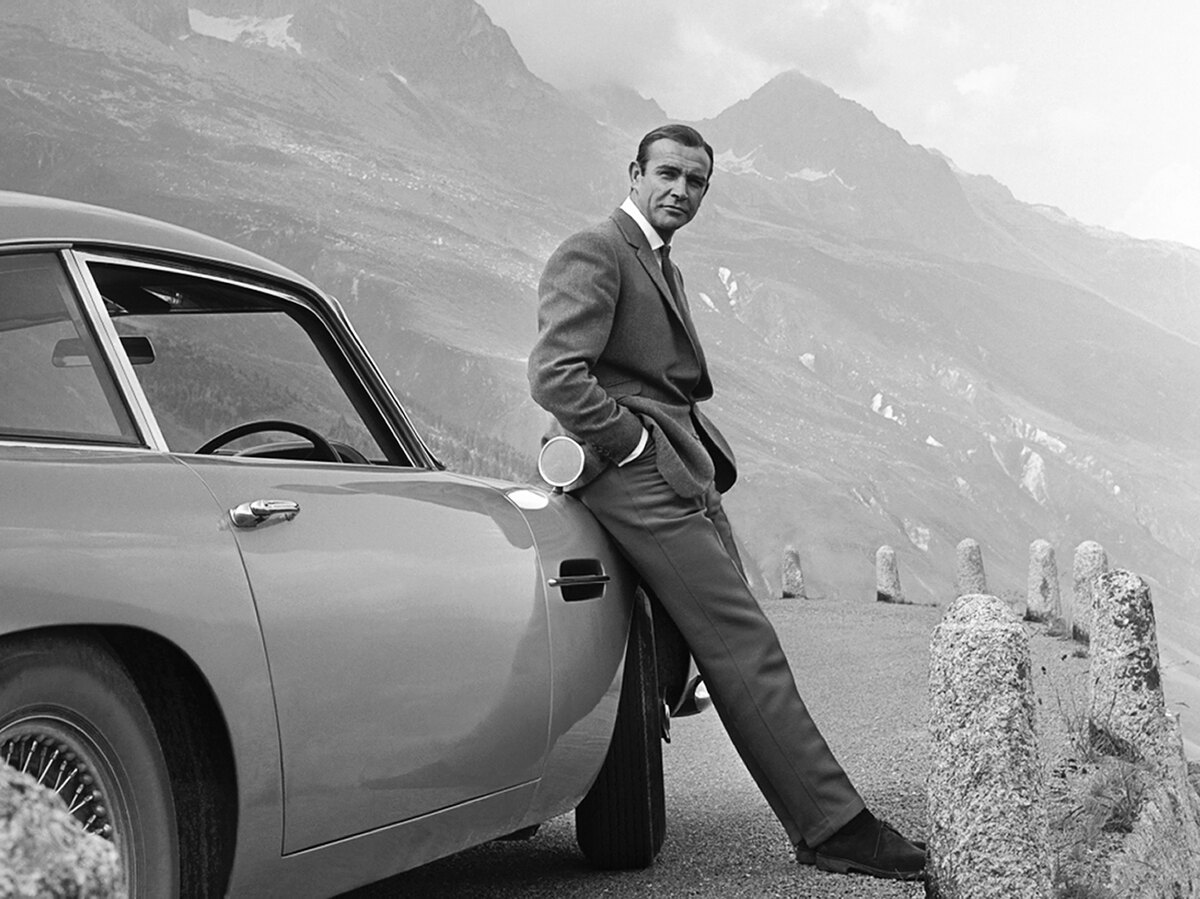 Actor Sean Connery poses as James Bond next to his Aston Martin DB5 in a scene from the United Artists release 'Goldfinger' in 1964.

He saunters up behind a sunbathing woman, exuding coolness and charm. He wears a baby-blue terry-cloth swimsuit, cut-off mid-thigh, adorned with a golden belt buckle.

He goes to introduce himself, but viewers already know the name.

Many consider Goldfinger, 1964, to be the best Bond film ever made. And it wouldn't be the iconic installment it is today without Sean Connery's confident introduction to Shirley Eaton's Bond girl, Jill Masterson, enrobed in his sleek blue onesie.

Apparently, fans of the film envision themselves emitting the same confidence if only they had the dress to match, because a British clothing brand's recreation of the onesie sold out almost immediately online.

Orlebar Brown, a British company that produces a collection of 007 clothing, released the onesie on its website for $545 on May 15.

This @OrlebarBrown collection was inspired by iconic looks from 50 years of #007 films. Can you name which films? Shop the collection at 007STORE. https://t.co/yIDkOR6Opm pic.twitter.com/zXE5aIMRCO

"It's a curiosity piece," says Christopher Laverty, author of Fashion in Film and editor of the website Clothes On Film, in an interview with NPR's Weekend Edition Sunday. "Every guy, I don't care who you are, every guy wants to be James Bond."

For customers who want to step inside the clothes of one of cinema's most iconic characters, there is now an online waitlist for the onesie and the site's description predicts the item will be back in stock in July.

"At the bottom of the page, was this glorious terry cloth onesie," says James Wester, a Bond fan who discovered the product online. "I couldn't believe that it actually existed in reality because it's that one piece of clothing ... that everybody who's a James Bond fan I think knows about."

Laverty, for his part, associates the product with goofiness not glory.

"A lot of people see this as perhaps one of Bond's only real infamous fashion disasters ... I can't really understand how it sold out, but wow," Laverty says.

"It's a little odd, even Sean Connery can't really pull it off. It's amazing to me that guys now are trying it."

Still, he acknowledges the costume's importance to the film's legacy.

"What's amazing in the movie is that he manages to outsmart Goldfinger, get the girl, all in basically 10 minutes while wearing this item of ridiculous clothing," Laverty says, pointing out that the item actually more closely resembles a playsuit than a onesie, a brand name for a baby's jumpsuit.

For the average Bond fan, without hundreds of dollars to spend on terrycloth play suits, the product might remain a fantasy wish list item for now.

Says Wester: "$545 is probably a little too much, but if this does take off and people continue to want these, I could imagine maybe buying the Target version."

This story was produced and edited for radio by Dana Cronin and Melissa Gray.