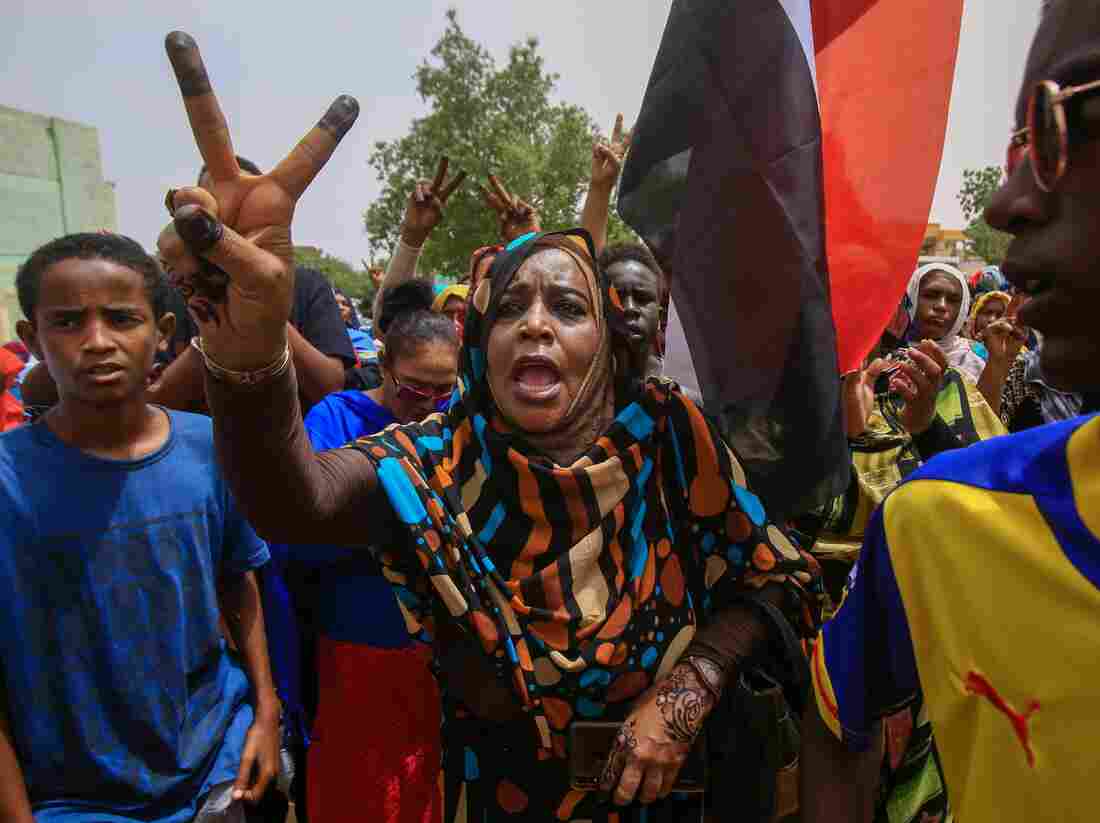 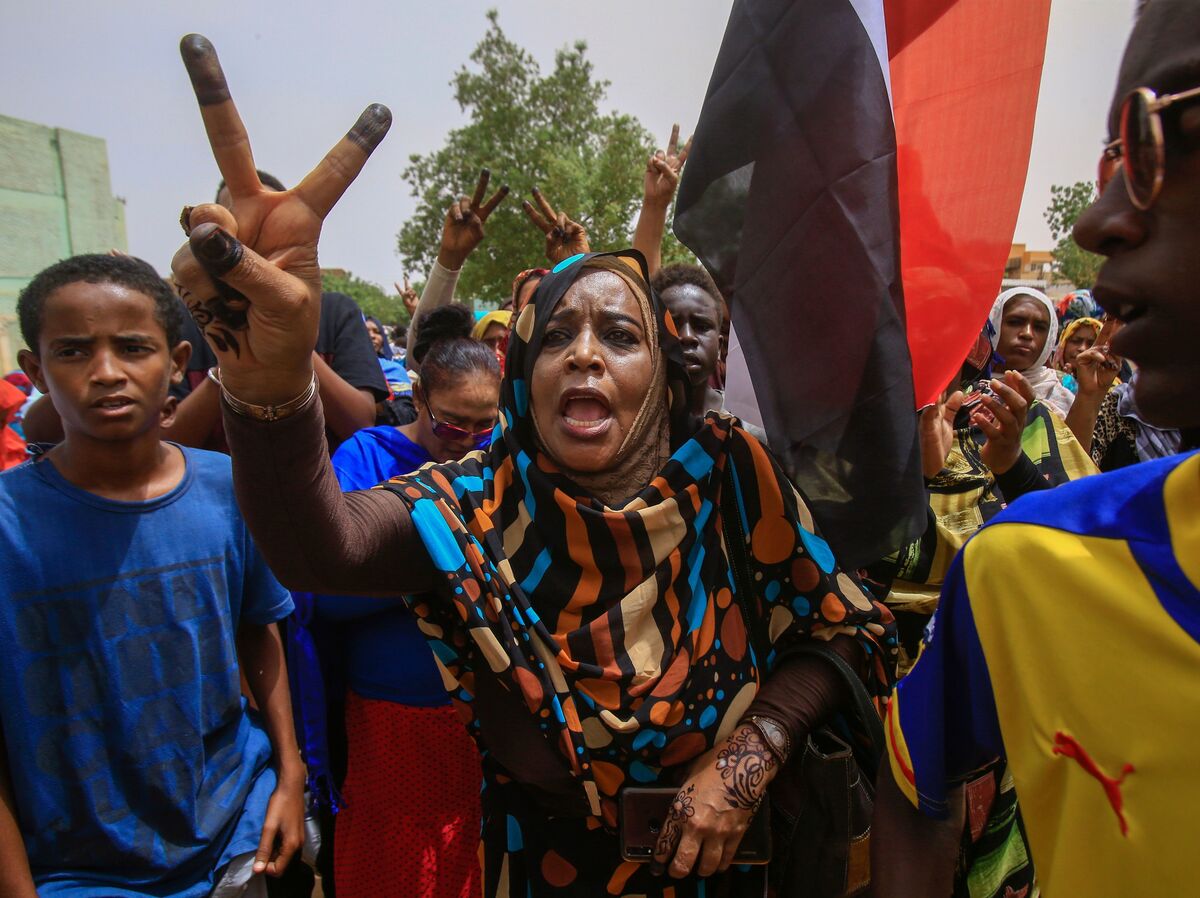 Sudanese protesters flash the V-sign during a mass demonstration in Khartoum on Sunday against Sudan's ruling generals.

Protests in Sudan demanding civilian rule were met by violence over the weekend. Tens of thousands of Sudanese filled the streets of the capital city, Khartoum, and other areas calling for the military government to relinquish control.

The government said that seven people were killed and 181 were injured, including 27 with gunshot wounds, amidst Sunday's mass demonstrations across the country. The Sudanese Professionals Association, which led the protests that took down Omar al-Bashir in April, said three people who had been fatally shot were found Monday next to a school near Khartoum.

Authorities pinned blame for the casualties on protest leaders whom officials said diverted marchers toward the military headquarters and presidential palace.

A military junta has held tightly to power since the ouster of longtime dictator Bashir. Protesters are not satisfied with rule by the Transitional Military Council, and are demanding democracy and civilian leadership.

Many thought this revolution was over after a recent brutal quashing of dissent when militias cleared a protest camp. At least 100 were killed, and activists said women were raped and bodies thrown into the Nile.

Sunday's demonstrations were the first mass protest since last month's violence, and scores of people showed up Sunday to demand a different future for their nation. The protests were planned to coincide with the 30th anniversary of the coup that brought Bashir to power.

"It was not just an act of defiance, but an act of immense bravery," NPR East Africa correspondent Eyder Peralta reports.

"The Rapid Support Forces, a military group tied to the old Janjaweed militias that committed genocide in Darfur, are everywhere," Peralta explains. "We're used to anti-riot security forces in this part of the world, but this is a militia.

"They have opened fire with machine guns. They carry whips, sticks, electrical prods – and they have acted ruthlessly. Yet the Sudanese people still went out. The junta thought they had scared people back to their homes. ... But these protests tell us the Sudanese want top-to-bottom change in their country and that they're willing to die to get it." 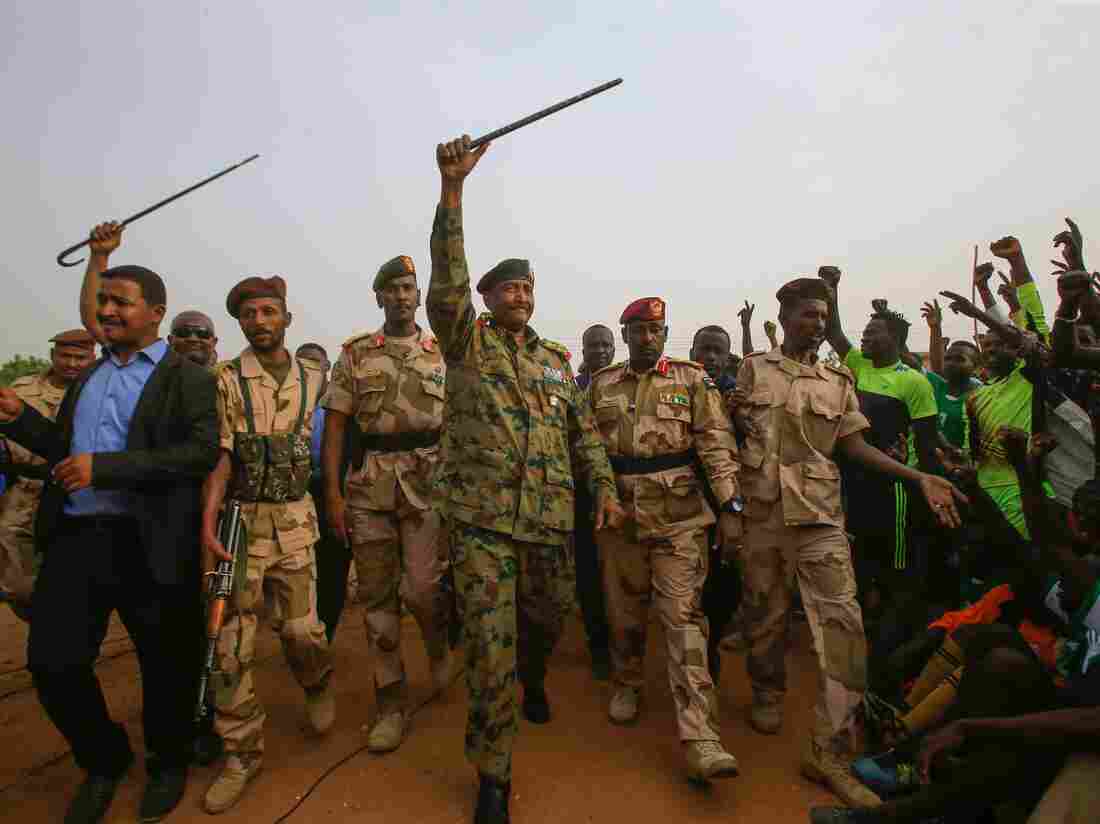 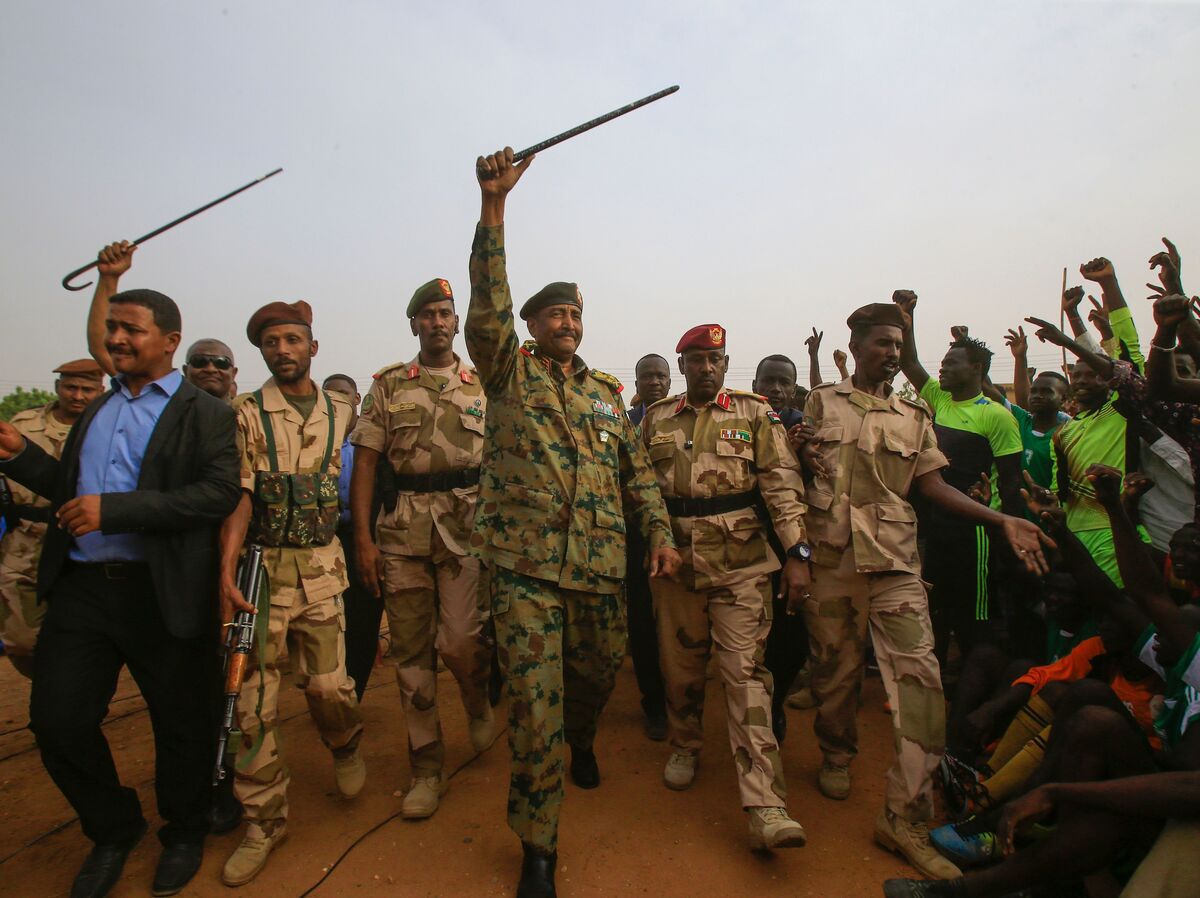 Internet has been blocked in the country for weeks, making communication and finding reliable information difficult.

The Washington Post reports that without internet, some protesters turned to old-school ways to advertise: "Some neighborhood organizations, like the Sons of Shambhat, have gotten the word out using megaphones. Graffiti has taken the place of the Facebook news feed. Across the Nile in Omdurman, protest organizers built up support by holding a community service day. Volunteers cleared a large open area of trash under a blazing sun, wearing bandannas that said: 'We will build what we are dreaming of.' "

Last week, a top State Department official said that the U.S. was considering all options if Sudan cracked down on protesters, Reuters reported. "We're looking at all options, including sanctions down the line should there be any kind of repeat of violence," Makila James, deputy assistant secretary for East Africa and the Sudans, said during a U.S. House of Representatives hearing.

One of the Sudanese protest leaders, Mohammed al-Asam, said the demonstrations would continue until there is a change in power. "The military council has only one option, which is to respond to demands of the Sudanese people," he said in a video, according to the AP.