Accessibility links
New Florida Law Requires Felons To Pay Fines, Fees Before Voting The ACLU says the new law signed by Gov. Ron DeSantis creates "two classes of returning citizens: those who are wealthy enough to vote and those who cannot afford to." 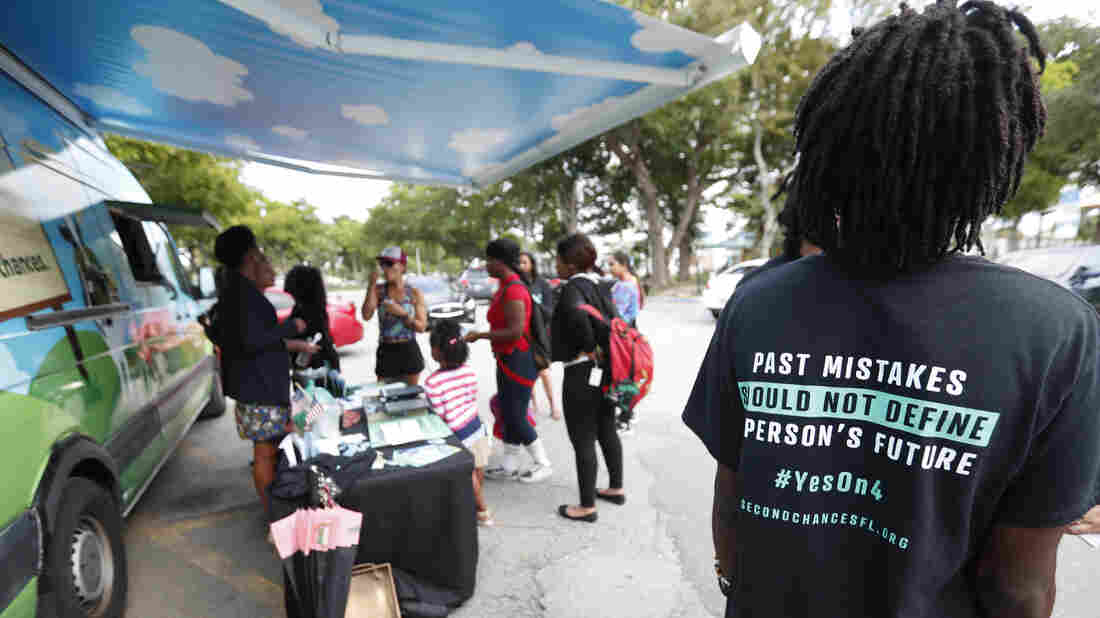 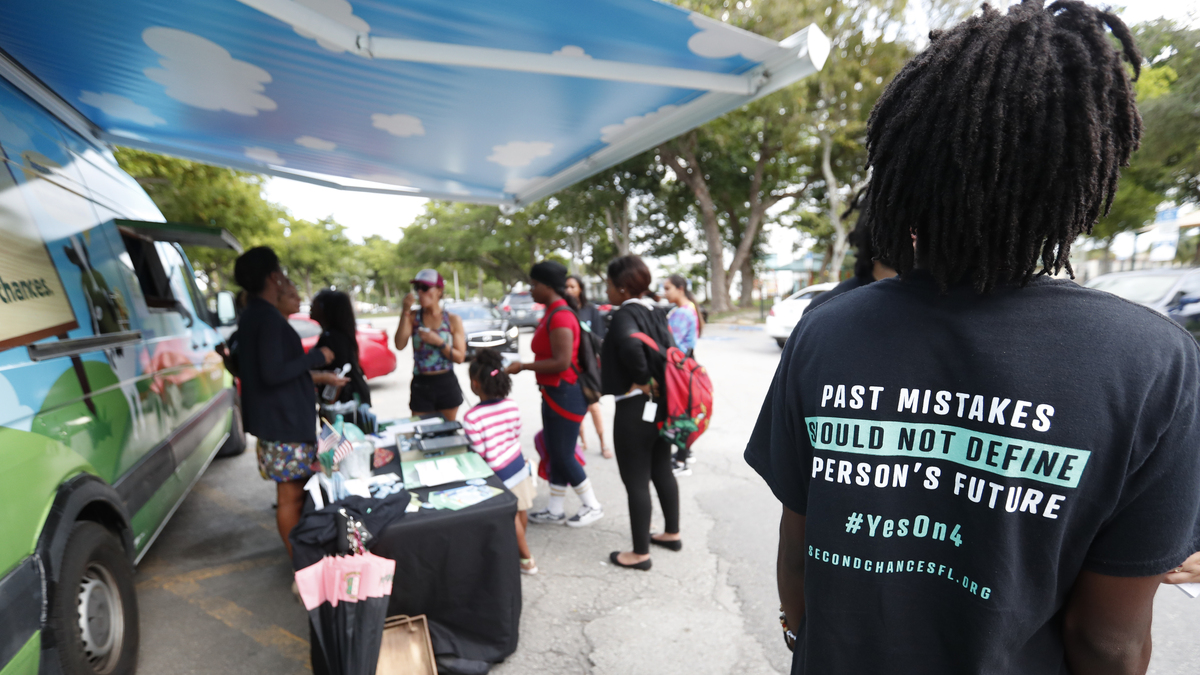 The campaign for restoring voting rights to felons was resoundingly approved by Florida voters last November.

A group of voting rights advocates and felons has filed a lawsuit after Florida Gov. Ron DeSantis approved a law that could make it more difficult for felons to vote.

The new law requires felons to pay any outstanding court fines or fees before they can cast their ballots — a requirement that the American Civil Liberties Union describes as creating "two classes of returning citizens: a group wealthy enough to afford their voting rights and another group who cannot afford to vote."

The amendment approved by voters said that "voting rights shall be restored upon completion of all terms of sentence including parole or probation." It excludes those who have been convicted of murder or felony sexual offense.

Democrats have argued that requiring payment of all fines and fees "goes against the spirit of the constitutional amendment voters passed in November," as The Associated Press reported.

After signing the new bill into law on Friday, DeSantis said in an accompanying letter that it "confirms that the amendment does not apply to a felon who has failed to complete all the terms of his sentence."

"Over a million Floridians were supposed to reclaim their place in the democratic process, but some politicians clearly feel threatened by greater voter participation," Julie Ebenstein, senior staff attorney with the ACLU's Voting Rights Project, said in a statement. "They cannot legally affix a price tag to someone's right to vote."

The lawsuit filed Friday accuses the election officials of being motivated by racial discrimination, because felons in Florida are disproportionately black.

Ten felons are part of this lawsuit, saying they will not be able to vote because of the new law. The felons owe different amounts of money, ranging from a few hundred dollars to tens of millions.

Among them is 61-year-old Betty Riddle, a former addict with multiple convictions, "mostly for possession of controlled substances" and related offenses. She now works for the public defender of Sarasota and has more than $1,000 in court fees that the complaint says she is unable to pay. Therefore, she "fears that she might be removed from the voter registration rolls."

The new law also says that a court may convert financial obligations to community service, in which case a felon may vote after completing those hours.

In January, Okaloosa County Supervisor of Elections Paul Lux told NPR's Greg Allen that he saw trouble ahead because of outstanding questions about whether felons needed to pay outstanding costs and fines to vote.

"Clearly there are things we do not know and things that we cannot know until someone provides us with better definitions," Lux said.

Before the vote last November, "people who served their time could apply for clemency to a board headed by the governor," Allen reported. "But the cumbersome process and a multiyear backlog meant that only a small percentage applied."