Accessibility links
Mo Willems Is The Kennedy Center's First Education Artist-In-Residence The creator of the Pigeon series, Knuffle Bunny, and Elephant & Piggie is currently an Artist-in-Residence at the Kennedy Center. He says if you want kids to draw, you should let them see you drawing. 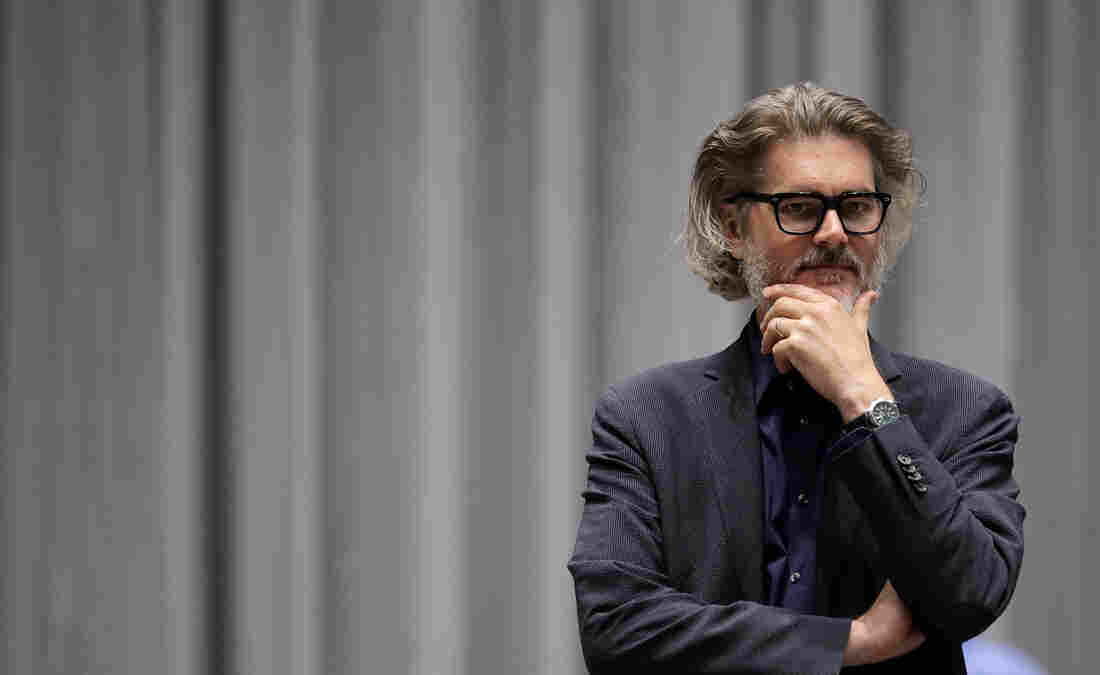 Author Mo Willems supervises a rehearsal of the musical adaptation of Don't Let the Pigeon Drive the Bus! at the Kennedy Center in Washington, D.C. As the very first Education Artist-in-Residence, "I can say at this point that I am the greatest ... " he laughs, "I'm certainly in the top five." Chip Somodevilla/Getty Images hide caption 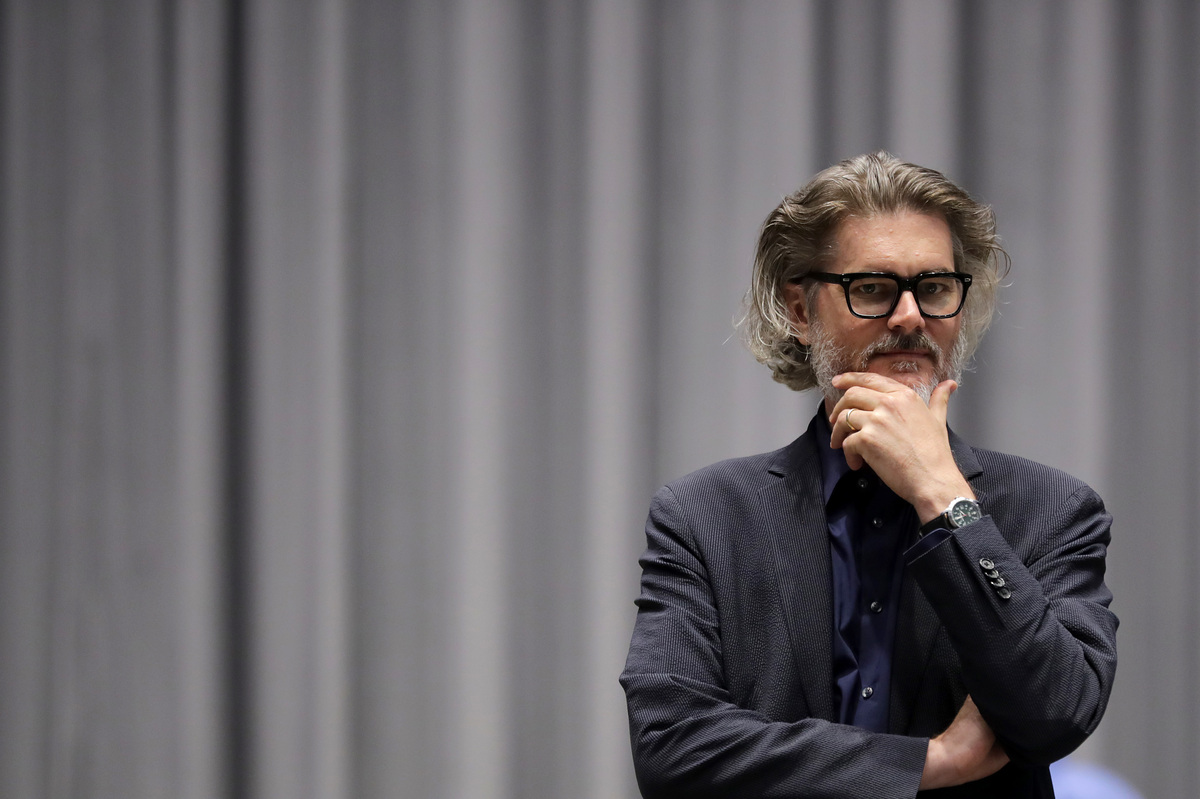 Author Mo Willems supervises a rehearsal of the musical adaptation of Don't Let the Pigeon Drive the Bus! at the Kennedy Center in Washington, D.C. As the very first Education Artist-in-Residence, "I can say at this point that I am the greatest ... " he laughs, "I'm certainly in the top five."

Mo Willems feels like he's going back to second grade. The acclaimed children's author is the first ever Education Artist-in-Residence at the Kennedy Center in Washington, D.C., and even with all his awards and bestsellers, he says it's pretty scary.

"I get to be really, really terrified in all kinds of new different ways," Willems says — but that doesn't mean he's not having fun. "There are all these sandboxes that I don't usually get to play in."

Willems — who created the Pigeon series, Knuffle Bunny, and Elephant & Piggie — is exploring all sorts of artistic sandboxes at the Kennedy Center. He's collaborating with Ben Folds on a "symphonic spectacular"; he's working with Jason Moran on a Jazz Doodle Jam; and he's adapting Don't Let the Pigeon Drive the Bus into a musical.

In addition to delighting kids, Willems hopes he'll inspire some grown-ups, too. Children will create if they see the adults around them creating, he says — and it doesn't matter if you're "good."

Willems talks with NPR about his creative process, shares some advice for parents, and explains why Pigeon is actually like Sophocles.

On why you should draw with your kids

I think sometimes the greatest thing you can say to a kid if a kid says, 'Hey Mom, will you do this for me?' or 'Make me a sandwich,' or something — say, 'Not now, I'm drawing.'

I think sometimes the greatest thing you can say to a kid if a kid says, "Hey Mom, will you do this for me?" or "Make me a sandwich," or something — say, "Not now, I'm drawing."

On his Pigeon character 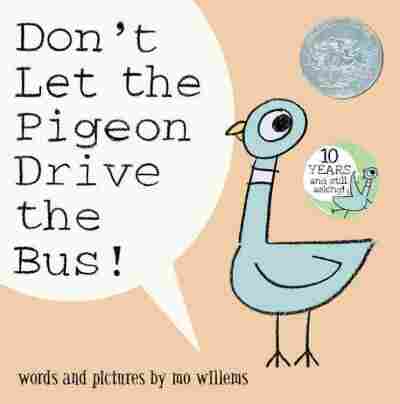 I don't know if I can explain him — I can describe him. Pigeon has wants and needs and desires, and he has very few filters. He wants what he wants, he thinks he needs what he needs. He is railing at the injustice of it all. And the irony is that the kids who are usually suffering the injustice of it all, the kids who are being told when to go to bed, or what to do, or to eat, or how to eat, or how to dress — the second they get to stick it to the pigeon, they do. ...

I didn't think I was going to write another Pigeon book ... but he hides in all my other books, and is sort of poking at my brain, just getting angry that I'm, you know, exploring other avenues. ...

I try to think that the Pigeon is a core, fundamental, philosophical being. He is asking the fundamental, deep questions: What is love? Why are things the way they are? Why can't I get what I want? Why can't I drive a bus? I mean, you know, Sophocles.

On the newest Pigeon book, Pigeon HAS to Go to School!

For me, the last couple of years — just in terms of the news and the culture — there's been all this uncertainty. And every day you wake up and you really don't know what's going to happen next. And I started to realize that that is not unlike having to go to school. There's this whole new paradigm that you are ill-prepared for. And that has to bring up certain emotions and fears and passions. 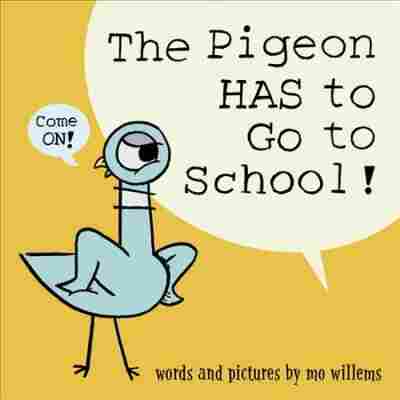 The Pigeon HAS to Go to School!

Title
The Pigeon HAS to Go to School!
Author
Mo Willems

So my pigeon — I just, like, make him have a terrible time. I put him in that situation. And unlike the other books, he has no choice here. He has to live that uncertainty. So it is The Pigeon HAS to Go to School! — which is not The Pigeon Doesn't Want to Go to School. ... He has, for the first time in his short pigeon-y life, no choice. ...

The books really, for me, are philosophical questions, and what's interesting to me is not the answer — it is the question. And so there are certain characters that I've created that have shown me things about myself. I mean, ultimately, I'm writing letters to myself that I'm asking you to buy.

On his creative process

A Rival For Pigeon In Willems' New 'Duckling'

On what he loves about writing kids' books

I've had multiple careers that sort of poked into this direction. I think that the reason that children's books work for me is that while I like to do all kinds of crazy things, ultimately I am an introvert. I'm happiest alone in my studio, talking to my characters, and being with them and exploring them. I find life extraordinarily perplexing. And I've been around for thousands of years, so I can only imagine what somebody who's just showed up to the party is dealing with. And so, for me to be able to ask these questions in a wider way is liberating. ...

[Working as an artist in residence at the Kennedy Center,] I'm collaborating. Suddenly I am not the smartest guy in the room because I'm not the only guy in the room — and there are all these other people who are bringing new ideas to the table and that's invigorating and that's exciting. I'm extraordinarily lucky to be able to spend my life thinking and drawing.

On his projects at the Kennedy Center

Sydney Harper and Reena Advani produced and edited this interview for broadcast. Andee Tagle and Beth Novey adapted it for the Web.