Accessibility links
D.C. Prosecutors, Once Dubious, Grow To Support Restorative Justice The District of Columbia is leading the way on a new program in which young offenders get a second chance. It's difficult, but authorities say it's worth it. 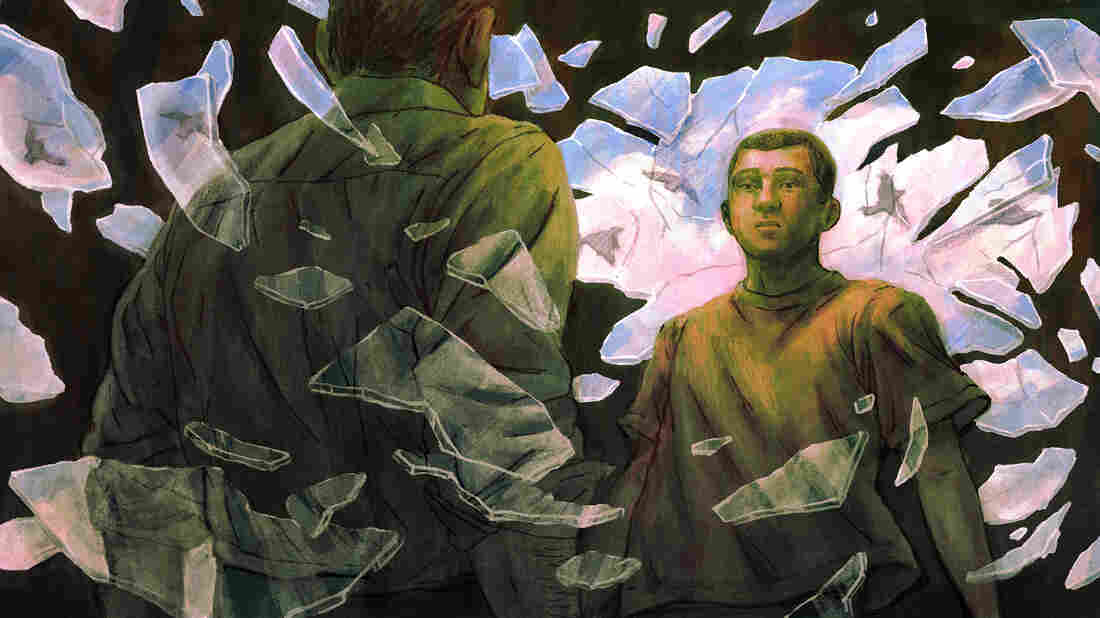 If the restorative justice program works, the victim and the offender discuss what happened and agree on a way to move ahead so that criminal charges are dismissed. Anke Gladnick for NPR hide caption 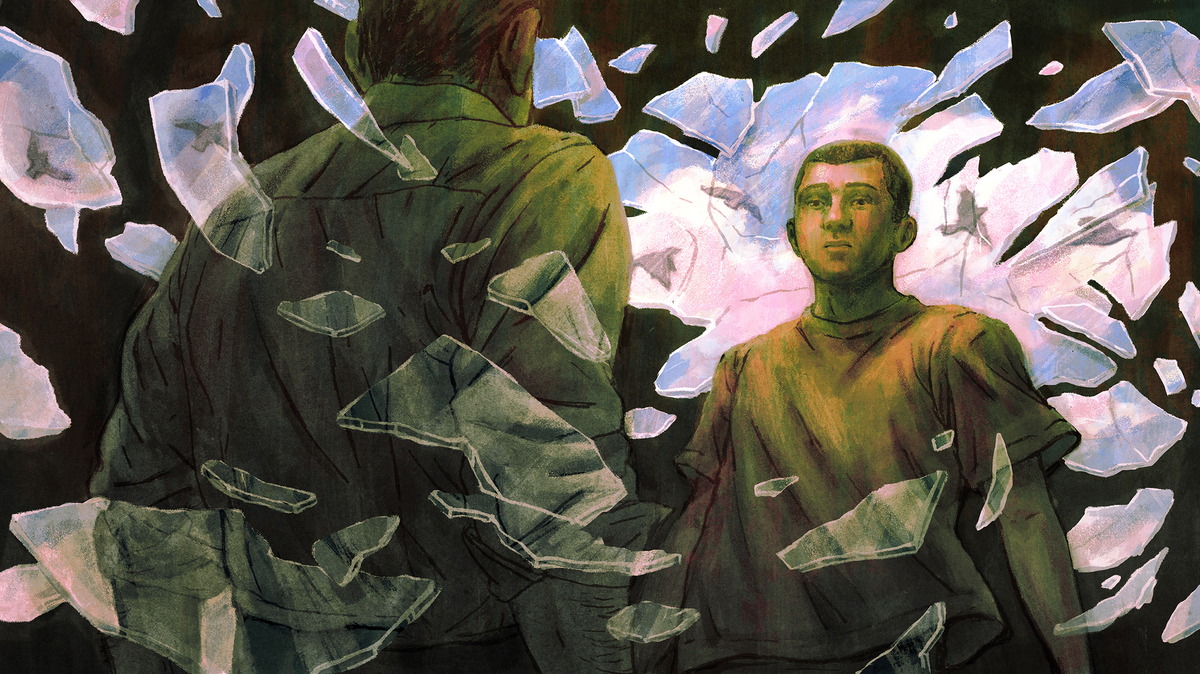 If the restorative justice program works, the victim and the offender discuss what happened and agree on a way to move ahead so that criminal charges are dismissed.

A teenager's life is on the line — but he is nowhere to be found.

People have gathered inside a D.C. government building on a rainy holiday morning to help decide what happens to the young man, but he hasn't shown up.

After several phone calls and nearly an hour of waiting, the 16-year-old boy finally arrives. NPR, which was permitted to attend the meeting for this story, is not identifying him because he is a minor.

Facilitator Roman Haferd is eager to get started.

"It's been a bit of a morning — a bit of a scramble this morning — but the good news is that everybody's here," he says.

The boy was involved with an assault. But what plays out over the next three hours is a restorative justice conference — a guided conversation between a juvenile who broke the law and the person whom the juvenile hurt.

If the program works, the victim and the offender discuss what happened and agree on a way to move ahead so that criminal charges are dismissed.

To supporters, the message is clear: Achieving justice doesn't always involve punishment or retribution — and young people have the capacity for change.

No one said it would be easy, least of all Karl Racine, the elected official who launched the effort.

"Our objective in our prosecutions, particularly since we're dealing with young people, is to put them in a position to learn from their mistakes," says Racine, the attorney general of the District of Columbia.

Racine's special counsel, Seema Gajwani, first presented the concept to him nearly three years ago. While the roots of restorative justice can be traced to indigenous peoples in the U.S. and Canada, no elected prosecutor had created such a unit inside their own office — until now.

At first, Racine says, he was skeptical. But the process has eroded his misgivings, in part because the sessions help juveniles understand the harm they've caused their victims, their communities and even their own family members.

What's more, Racine says, the concept also promotes public safety. Early data are showing signs that the program is a success, he says. The restorative justice program is not available for offenses involving guns or serious sexual assault. 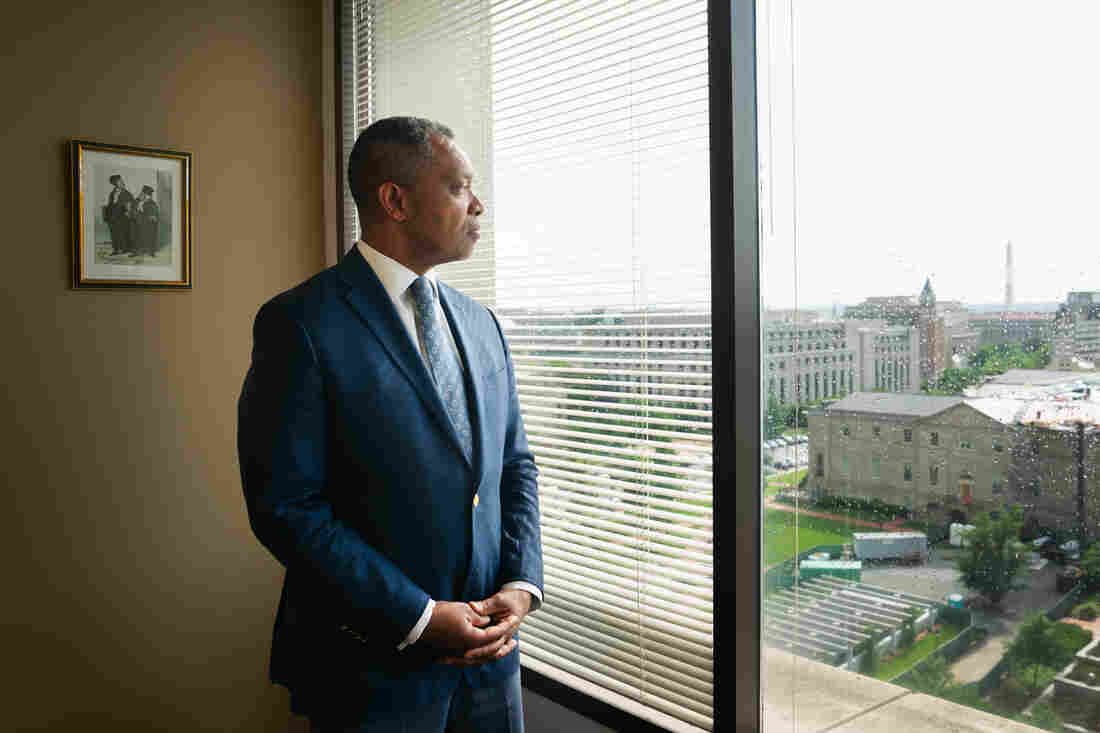 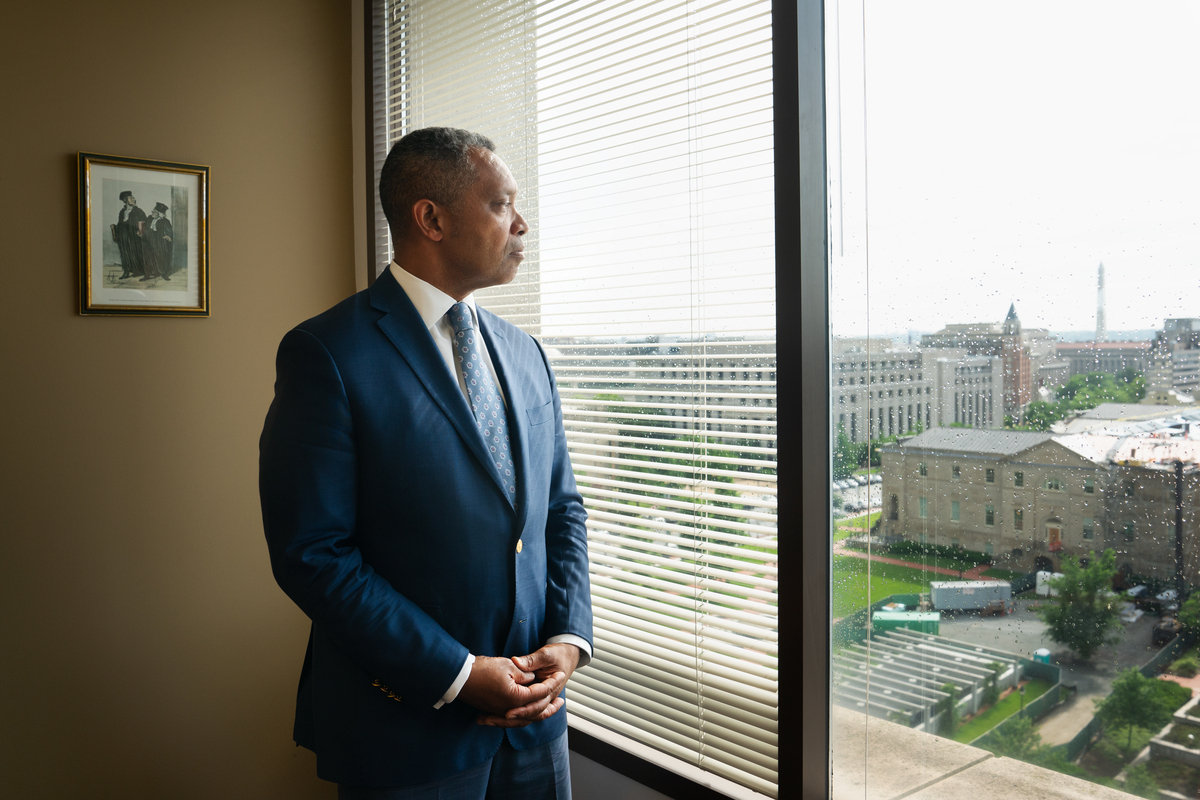 Prosecutor Erika Clark says she worried that restorative justice would let people off the hook.

Her first reaction? "Oh, OK, so we're not going to prosecute you? We're going to sit around in a circle with, like, the hippies down the hallway, and we're going to have a talk and then you don't have any punishment?"

Clark is now referring some of the most serious cases on her docket into the program, including one involving a transit police officer who tore his rotator cuff and strained his knee trying to apprehend a teenager fighting on a subway platform.

Metro Transit Police officer Jason Dixon says some kids are "a little past saving, but [for] the ones that you can save, this program should definitely be on the table."

Dixon shrugged off objections from his wife, a detective and some of his transit police force colleagues to participate in restorative justice. After the restorative justice conference, the 16-year-old who hurt him called on the phone once a week for six months — even getting parenting advice from Dixon, since the teen had recently become a new dad himself.

"I really feel like this program opens up doors for kids where they have a lot of doors shut in their face," Dixon says. 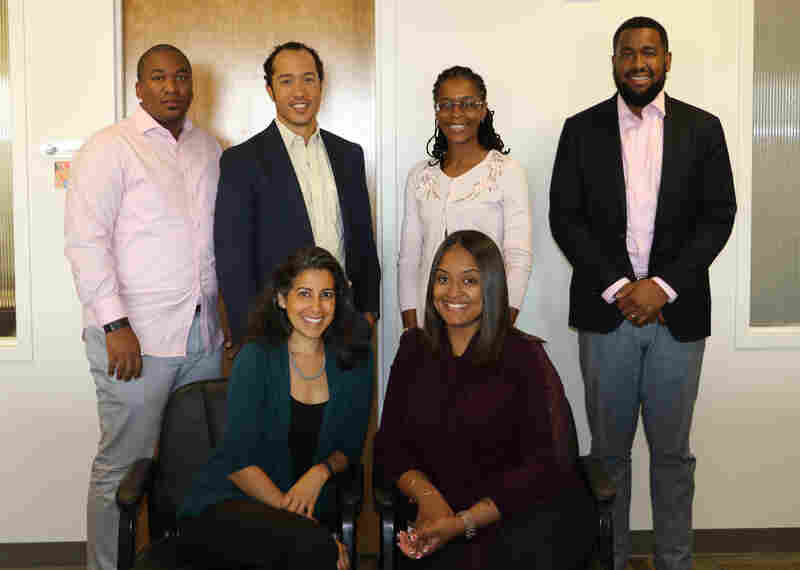 toggle caption
Courtesy of the D.C. Office of the Attorney General

The restorative justice program is underway in a city where police interactions with juveniles have become very public and very controversial.

Racine's office is reviewing police policies on encounters with children.

Back in the drab D.C. conference room on Good Friday, the process is taking a while.

People have stopped picking at breakfast — chocolate chip muffins and orange juice — and have started dishing out slices of cheese pizza from a cardboard takeout box.

The 16-year-old boy's foster mom and two older male mentors insist they want to support him, but he has had a tough life and he doesn't want to grab the hands that are reaching out to help him.

"Y'all keep screaming, 'Team,' " the boy says. "At the end of the day, when I go to sleep by myself, I got me. Any clothes, shoes, anything, support — I get it because I believed in me. ... And I got 16 years of life without a team, and I'm going to make it 55 more. I don't believe in friendship. I don't believe in trust. I don't even trust my own mother. I don't trust my own brothers."

The conversation turns to the event that brought them all here.

A few months earlier, this boy and his crowd ran into trouble on public transportation. Some people in the group made hostile remarks to a transgender woman. The incident escalated, and she was assaulted.

That woman is sitting across the circle from him, looking through her long eyelashes and waiting for him to talk.

The boy slumps in a chair and mumbles while his foster mom pushes him to continue. He begins to explain: He didn't want to look like a sucker that day, or for the rest of the school year. So he spat on the victim.

The woman he spat on says everyone has struggles in life — but he has time and support to change.

"I'm always going to have to deal with getting beat up because this is how people feel all the time," she says. "How many more times am I going to go through this?"

But, she also says, she agreed to come to this session because she saw something more in this teenager during that bad day on the subway: fear or regret, unlike the other young people involved with the assault. The woman has one request: She wants this boy to promise to stand up for other LGBTQ people getting harassed like she did.

"This was a hate crime," she says.

The boy asks everyone else to leave the room. Later, they say, he apologized — and she accepted.

A clean sheet. A second chance

Back in the conference room, Haferd, the facilitator, asks how everyone is feeling. It has been an exhausting day. One hour in a restorative justice circle, he says, feels like five hours anyplace else.

The woman who was hurt says she's happy with the process — she feels like it was "completely successful."

Raising Kings: A Year Of Love And Struggle At A Boys-Only Public School In D.C.

They agree that the teenager will go to school more often and that she'll even recommend possible clients for haircuts, because he wants to start a barbering business.

"When you make good on these agreements, we're going to make sure your case gets dismissed," Haferd says.

A few months later, authorities told NPR, the teenager is sticking to the agreement.

He has found some barbershops willing to take him, he's going to a better school in the fall and he has reunited with his biological mother. She reports they're now on "good terms" — one more relationship in the early stages of restoration.