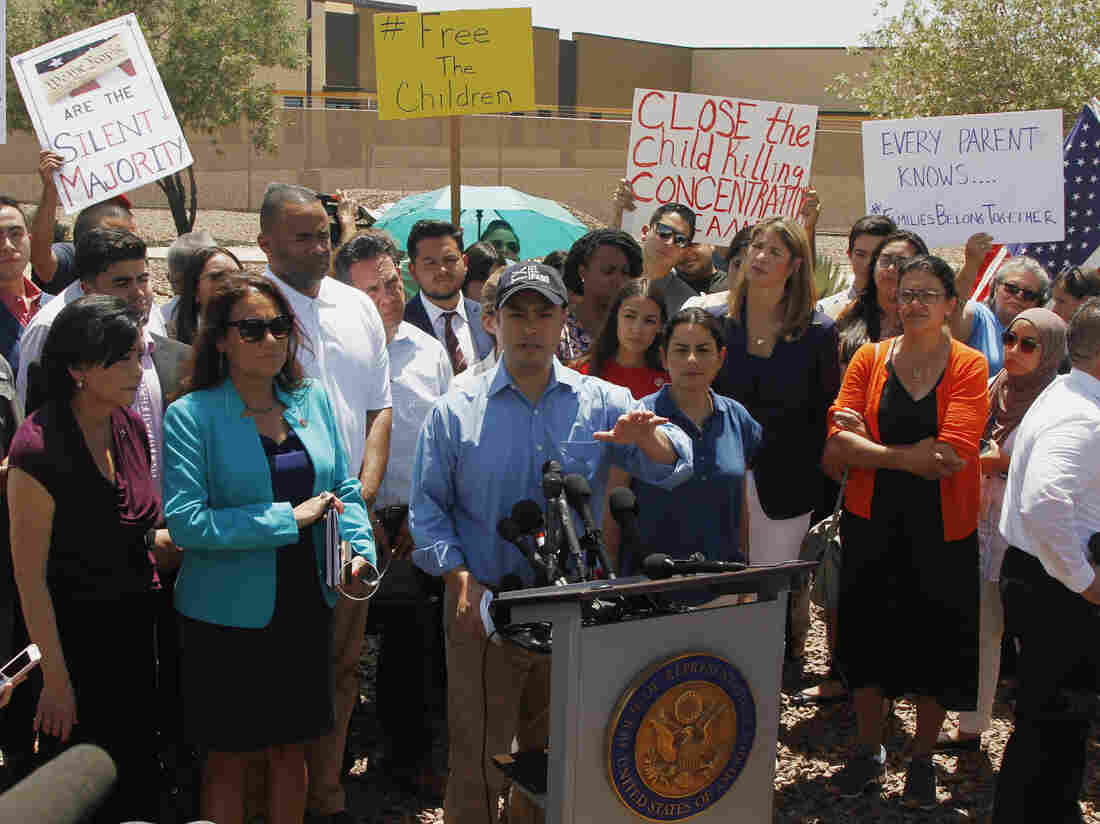 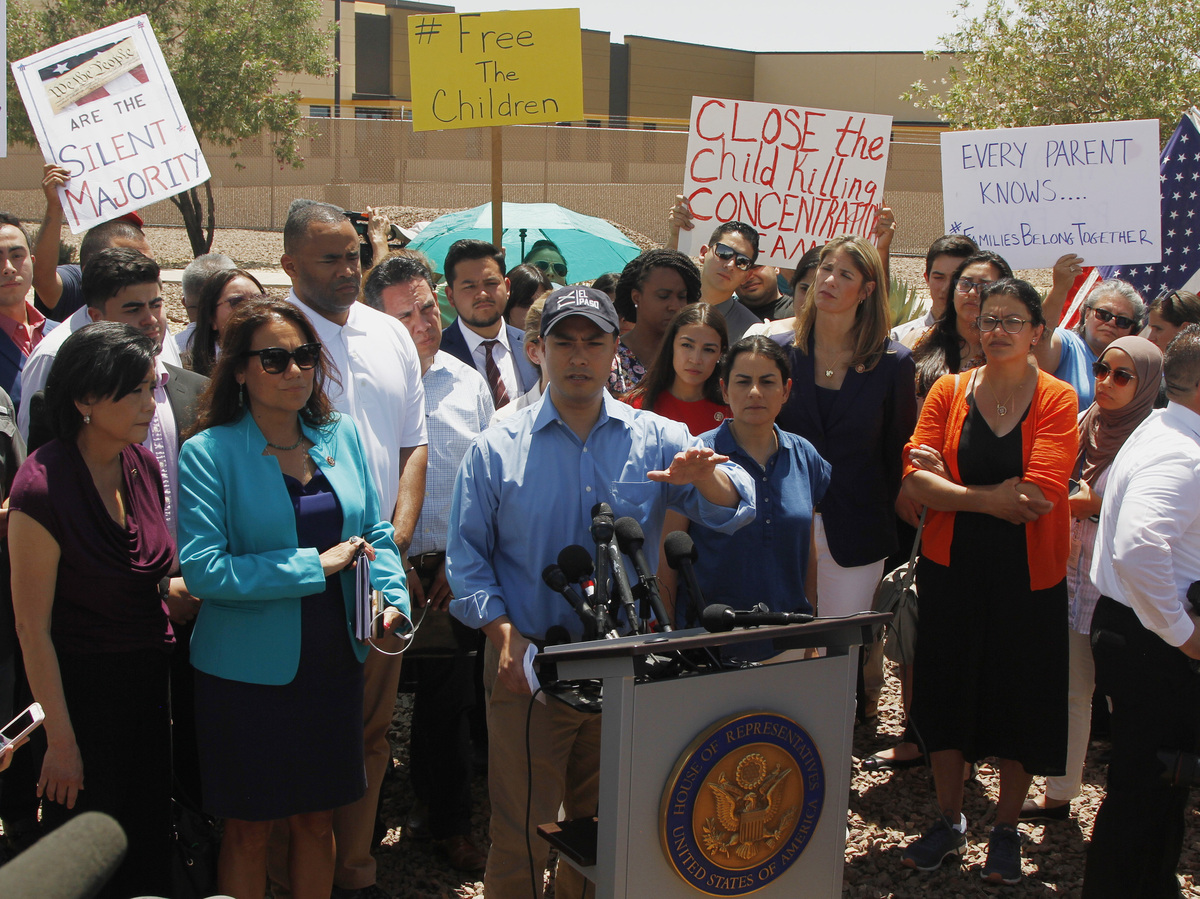 Rep. Joaquin Castro, D-Texas, speaks alongside members of the Hispanic Caucus after touring the Border Patrol station in Clint, Texas, on Monday.

Customs and Border Protection has launched an investigation into a secret Facebook group for current and former Border Patrol agents in which members posted derogatory remarks targeting migrants and lawmakers.

The group, which called itself "I'm 10-15" — a reference to the Border Patrol code for "aliens in custody" — was revealed Monday by ProPublica, a nonprofit news organization, as a delegation of Democratic congressional lawmakers toured three migrant detention facilities in southwestern Texas.

Among the group's most offensive posts were discussions of recent migrant deaths, including that of a 16-year-old Guatemalan boy who died in May while he was in Border Patrol custody in Texas. Other posts joked about throwing burritos at lawmakers visiting its facilities.

Reps. Alexandria Ocasio-Cortez, D-N.Y., and Veronica Escobar, D-Texas, who were both part of the delegation, were also targets of the group. Members referred to the women as "scumbags" and on multiple occasions posted graphic illustrations falsely depicting Ocasio-Cortez performing a sex act.

"These posts are completely inappropriate and contrary to the honor and integrity I see—and expect—from our agents day in and day out," Border Patrol Chief Carla Provost said in an emailed statement. She added that any employees who have violated the agency's standards of conduct "will be held accountable."

Matthew Klein, assistant commissioner at the CBP, said that after learning of the "disturbing social media activity," the agency immediately informed the Department of Homeland Security's Office of the Inspector General and initiated an investigation.

Border Patrol has come under intense scrutiny for its treatment of migrants seeking asylum in the U.S. as the Trump administration has moved to implement more aggressive measures to curb the surge of migrants at the border.

"That was a vulgar, disgusting and vile page," he told reporters. "That shows, unfortunately, that there are many within CBP who've become desensitized to the point of being dangerous to the migrants in their care."

Castro added: "It shocks the conscience that these agents are entrusted with the lives of anybody in their custody."

The Clint shelter became a flashpoint last month for critics of the Trump administration's policies over how it treats unaccompanied migrant children. A group of lawyers who visited the Border Patrol-run facility said roughly 300 children were being detained in filthy conditions with no access to showers or personal hygiene products and with little food, for weeks at a time.

On Monday, The Associated Press released video of an unidentified girl talking about her experience there after she was reunited with her mother. She said hundreds of children were mistreated by the people who were meant to care for them; children were denied showers and had to sleep on the floor, often sharing blankets, she said.