Accessibility links
Women's World Cup: U.S. Faces England In Battle To Reach The Final Fresh from a win over France, the Americans are just one game away from Sunday's World Cup final. But a strong, confident England team wants to upset their plans. 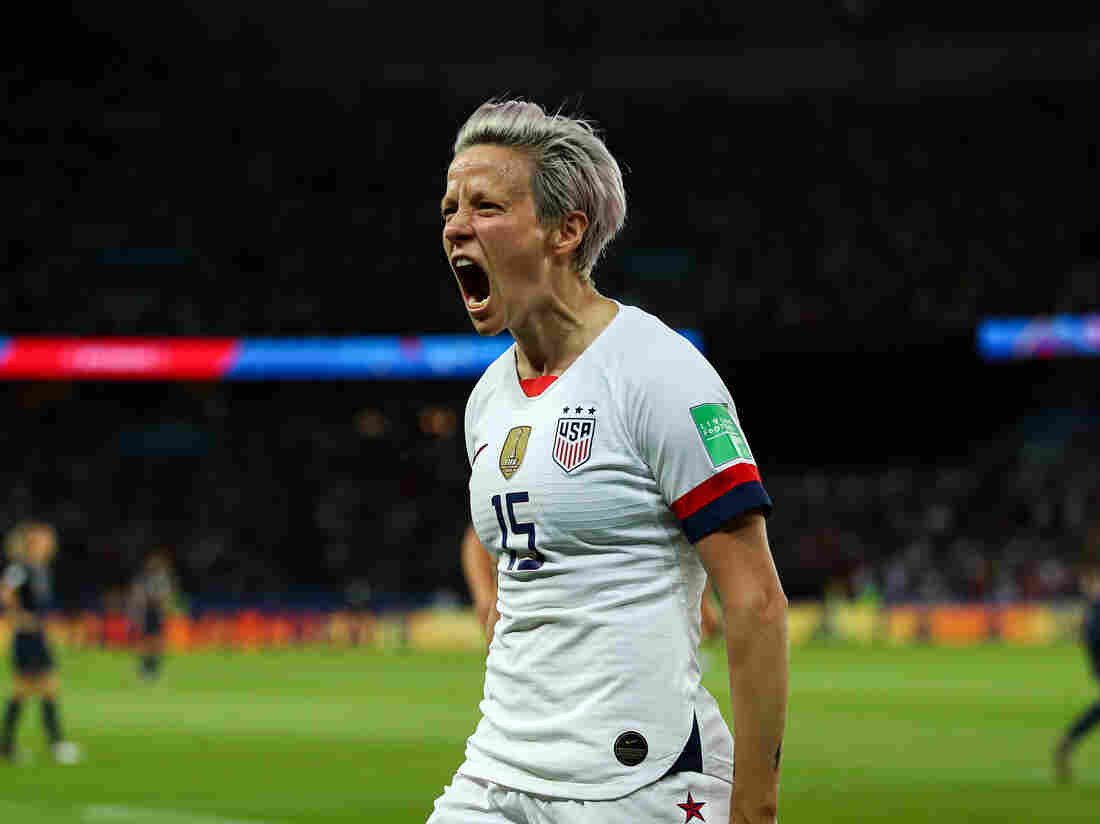 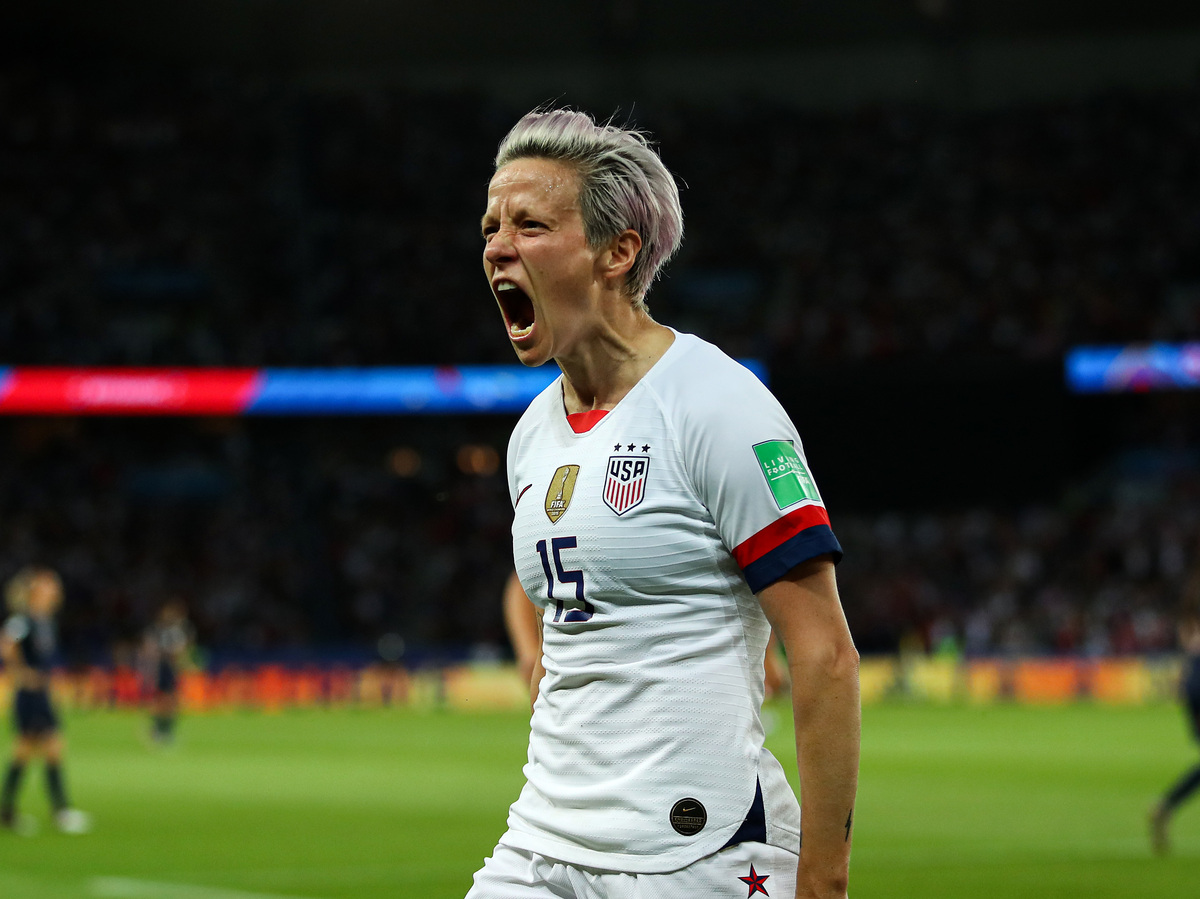 Before the U.S. took on France last week, many observers said that match should have been the World Cup final: the two most powerful squads in front of throngs of rabid fans. The Americans came away with the win on the strength of two goals by Megan Rapinoe.

So why doesn't that victory feel like a relief?

Because now the U.S. must face England. The Lionesses came into this tournament ranked No. 3 in the world, with a formidable defense that has allowed only a single goal in its seven games so far.

England are the underdogs in today's match, as is every team that plays the No. 1-ranked U.S., but they'll take to the pitch with confidence and swagger that looks not too different than the Americans'. England coach Phil Neville, a former men's national team player, has said the team's style of play is "non-negotiable" — they play the same way no matter who they face. Even the U.S.

"Their record is phenomenal, the coach's record is phenomenal. ... But I'm not worried about anything," Neville said in a press conference Sunday. "We concentrate a lot on what we can do. ... We want to want to play a certain style ... and that is our aim: to go out there and play a World Cup semi-final with the freedom of expression that we've played the last five games." 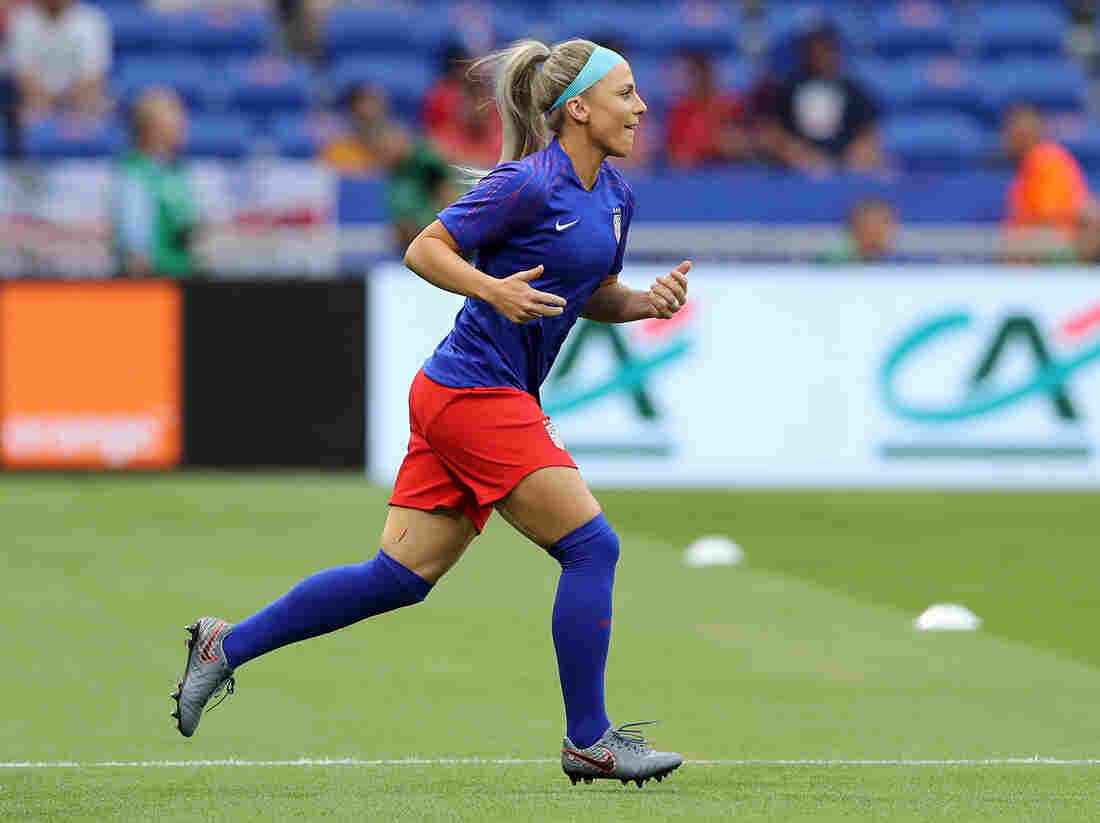 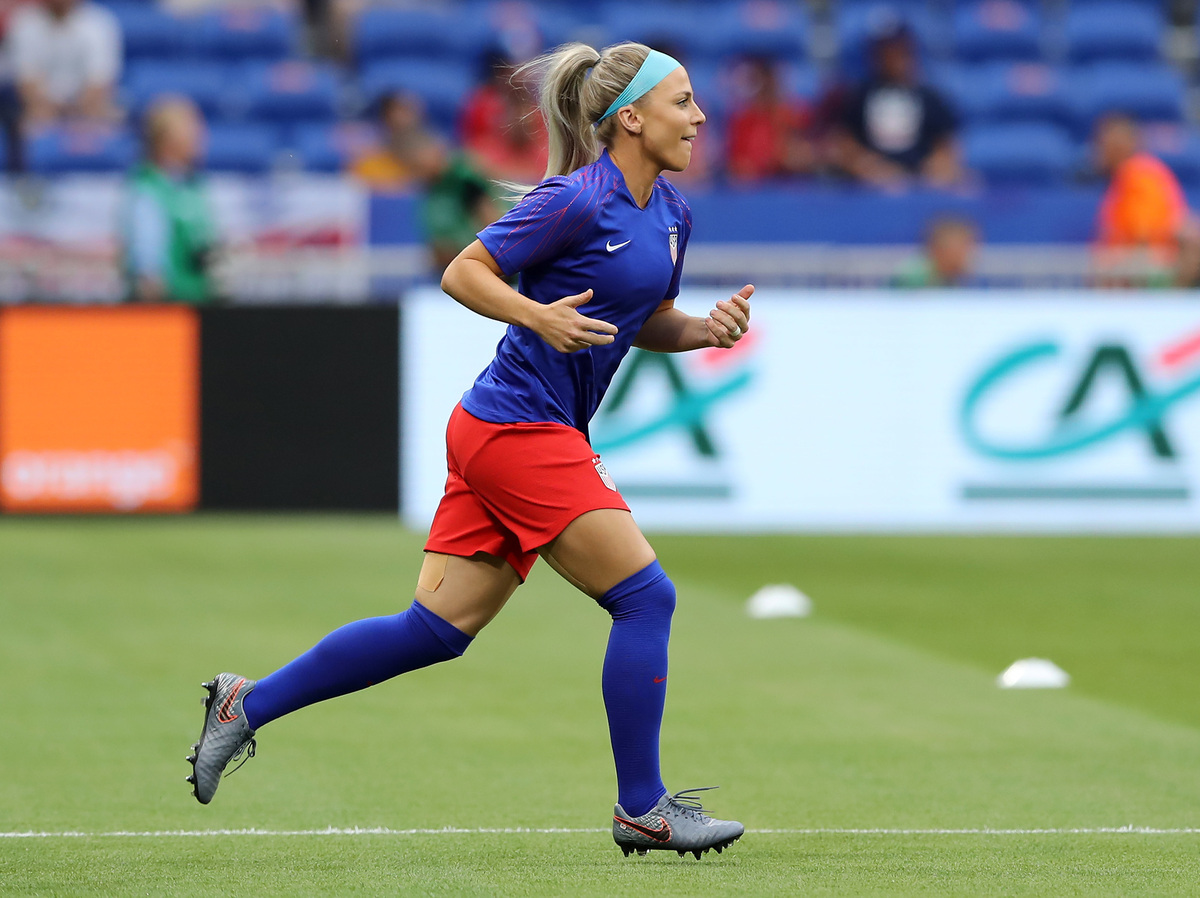 U.S. midfielder Julie Ertz warms up before the World Cup semifinal match against England on Tuesday in Lyon, France.

England won third place at the 2015 World Cup in Canada and have only gotten better, with more depth and options. Lucy Bronze may well be the world's best right back, but Neville says he believes she's the best player, full stop. "She's unique in everything she does. Her athleticism, her ability to defend 1 v 1, she's fearless in everything that she does, and her ability to step up at the big occasion."

But he might as well have been talking about U.S. star Megan Rapinoe, who has scored all four of the U.S. goals in the knockout round so far. Today's game will likely see Bronze sticking to Rapinoe, trying to stop the winger from doing what she does so well.

Never a shrinking violet, Rapinoe has come under the full glare of the tournament spotlight. Her purple hair. Her decision not to mouth the words of the U.S. national anthem. The video posted last week in which she said that she's "not going to the [expletive] White House." That drew a series of predictable tweets from President Trump.

Rapinoe stood by her words ahead of the match against France — and then pulled her team to victory over Les Bleues. Or as Deadspin put it: "Purple-Haired Lesbian Goddess Flattens France Like A Crêpe."

"Megan Rapinoe has put this team on her back, from Spain to France," fellow forward Alex Morgan said Sunday. "And it's going to take players like that, a couple individuals each game to step up and really help carry this team. And Pinoe has done that in great fashion the last two games."

Three players on the squads are tied in the race for the Golden Boot, the prize for most goals: Rapinoe, Morgan and England's Ellen White all have five. No doubt each of them will be looking to find the back of the net in this match, 90 minutes that will mean the difference between playing for the Cup or playing for third place.

But in that race, Rapinoe may be hampered today: She's not in the starting lineup. Instead, Christen Press will form the team's front line with Morgan and Tobin Heath. No reason was given for the change — it could be that Ellis believes the U.S. needs Press's speed, or it could be a display of just how much depth the U.S. has in its attack.

But Ellis says that while her squad is confident, they take nothing for granted: "I don't think in any way is this an arrogant team. I think this team knows that they've got to earn everything."

The match starts at 3 p.m. ET and will be televised on Fox and Telemundo.