Accessibility links
Apparent Airplane Stowaway Falls From Sky Into London Garden London police suspect the person had been hiding in the landing gear of a Kenya Airways flight from Nairobi to Heathrow Airport. The body fell into the Clapham area of the city, shocking neighbors. 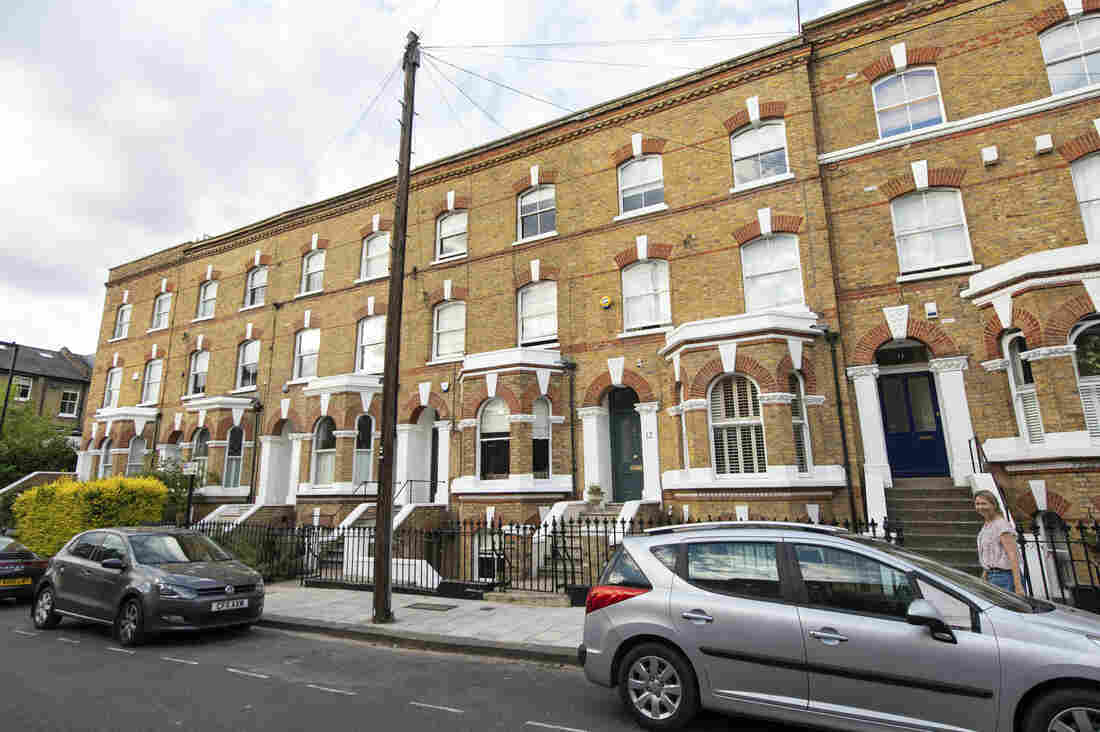 The road in Clapham, south London, where a body fell from a passenger plane and was found in a garden. Police say the victim may have been a man who stowed away in the plane's landing gear. Dominic Lipinski/AP hide caption 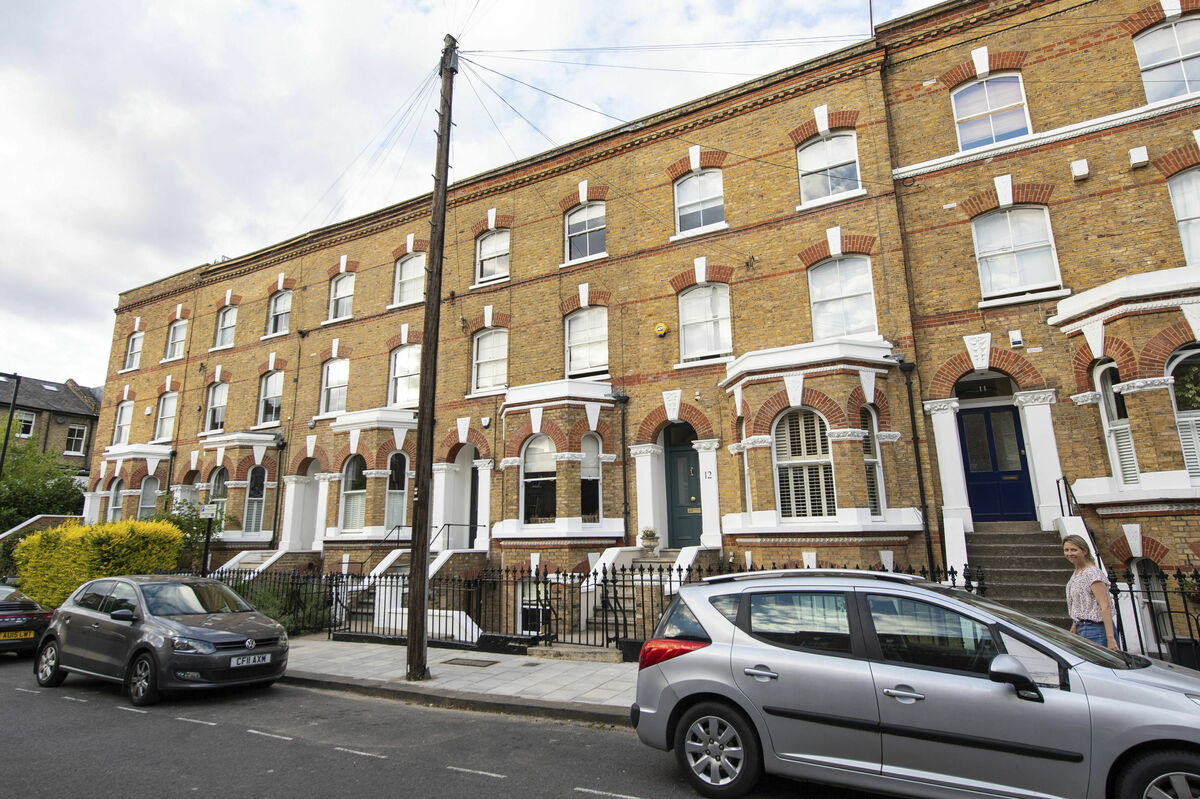 The road in Clapham, south London, where a body fell from a passenger plane and was found in a garden. Police say the victim may have been a man who stowed away in the plane's landing gear.

Residents of London's Clapham area got a shock Sunday afternoon when they discovered a body in the garden of a neighborhood home and called police.

That body is believed to have fallen from the sky.

Metropolitan Police said they suspect the person was hiding in the landing gear of a Kenya Airways flight and fell as the plane was approaching Heathrow Airport.

The body, which police said is believed to be male, has not been identified.

One resident described a close call to the BBC, saying he heard a loud sound and that when he looked outside he saw "blood all over the walls of the garden." He said the body had landed next to a neighbor who was sunning himself in his garden. The resident said he found his neighbor "very shaken."

You Can Survive A Flight In A Jet's Wheel Well, But Probably Won't

"If it had been two seconds later, he would have landed on the common where there were hundreds of people — my kids were in the garden 15 minutes before [he fell]", the unnamed resident told the BBC. Clapham Common, a public park, is less than a quarter-mile from the street where the body landed.

"One of the reasons his body was so intact was because his body was an ice block," the resident said. At some typical flight cruising altitudes, the temperature is far below freezing.

The body was found on Offerton Road in south London, about 15 miles east of Heathrow Airport. Police said they initially declared the area a crime scene but later said the death is not being treated as suspicious. An autopsy will be conducted.

As for that Kenya Airways plane, "a bag, water and some food were discovered in the landing gear compartment once it landed at the airport," police said.

Kenya Airways did not immediately respond to NPR's request for comment. It told Reuters that the flight was coming in from Nairobi, a journey of about 4,250 miles that takes eight hours and 50 minutes.

"It is unfortunate that a person has lost his life by stowing aboard one of our aircraft and we express our condolences," Kenya Airways told the wire service.

This is unfortunately not the first apparent stowaway whose body has dropped from the skies over London. In 2015, the body of a man who fell from a plane was found on the roof of an office building in the city. (Another man was found in critical condition that day in the undercarriage of a plane that landed at Heathrow from Johannesburg.)

And in 2012, the body of a man believed to have fallen from a plane en route from Angola was found in a London suburb. He was later identified as 27-year-old Jose Matada, from Mozambique.