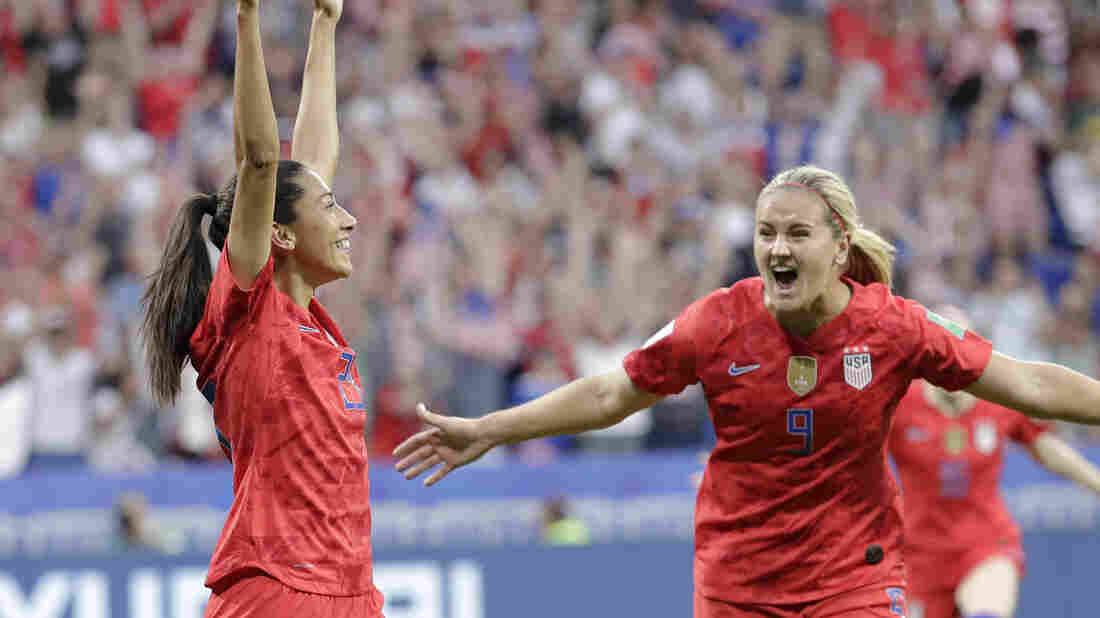 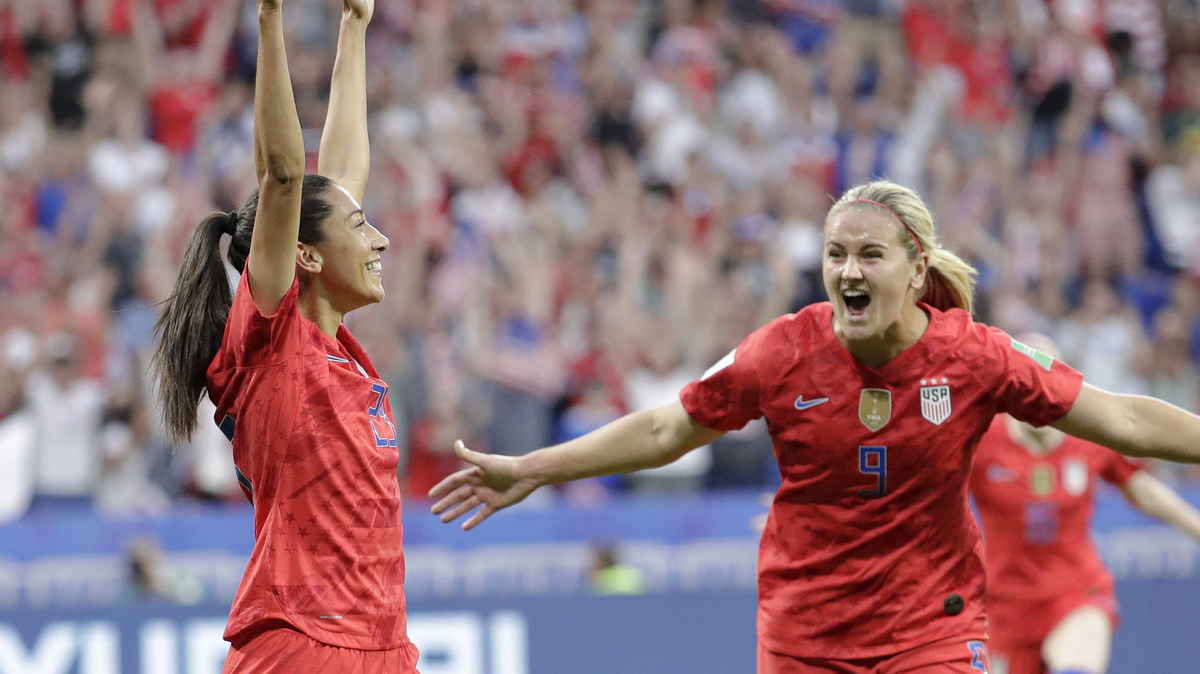 It was the battle of unbeatens at this Women's World Cup. Both teams were 5-0. The U.S. — the defending and three-time World Cup champion — and England — which was ranked third in the world but had never advanced past the semifinals. The game in Lyon, France, lived up to its billing with the U.S defeating England 2-1 to advance to Sunday's final.

It was a tense, physical and nerve-wracking back-and-forth contest — particularly in the second half. But the drama began before the game's opening whistle. Both teams switched up their lineups — including a major change by the United States. Coach Jill Ellis did not start forward Megan Rapinoe. Rapinoe was the spark and team leader who scored all four goals in the past two knockout games for the United States. Christen Press started in her place. Rapinoe did not warm up prior to the game. The team gave no reason for the swap.

In the five previous games of the tournament, England had allowed just a single goal. The U.S. was right behind: only conceding two. Those statistics wouldn't last long as the scoring got started early.

Kelley O'Hara lofted a sweet cross into the English penalty area and Press slammed a header into goal in the 10th minute. It didn't take long for England to respond. In the 19th minute, Ellen White powered the ball into the U.S. goal.

And just like that, England equalizes and their fans go nuts. Ellen White notches her 6th goal in 5 matches. #USA 1 - #ENG 1 #FIFAWWC pic.twitter.com/u4VtEKGhKb

The U.S. stormed right back in the 31st minute when Lindsey Horan chipped the ball over an England defender and Alex Morgan headed it past outstretched English keeper Carly Telford. It was the first goal for Morgan since she scored five in the opening U.S. match against Thailand. With the strike, she becomes the first person in Women's World Cup history to score on her birthday (she's 30).

The U.S. generated more scoring chances in the first half thanks to Tobin Heath, Rose Lavelle and Press. The Americans stifling and swarming defense kept England mostly at bay all game long.

England got the chance to tie it up late when a penalty kick was awarded after video review in the 83rd minute. England's White was tripped up by Becky Sauerbrunn. English captain Steph Houghton stepped up to take the penalty. U.S. goalkeeper Alyssa Naeher dove low and to the right to make a sparkling stop to keep the score 2-1.

With the victory, the U.S. notched another Women's World Cup record: it was the team's 11th straight victory surpassing Norway which won 10 straight in 1995 and 1999.

The U.S. has now made it to the finals of the last three Women's World Cups. It's never won back-to-back titles, though. Only Germany has done that (2003 and 2007). The U.S. will play the winner of tomorrow's semifinal: Sweden/Netherlands. The final is on Sunday in Lyon. 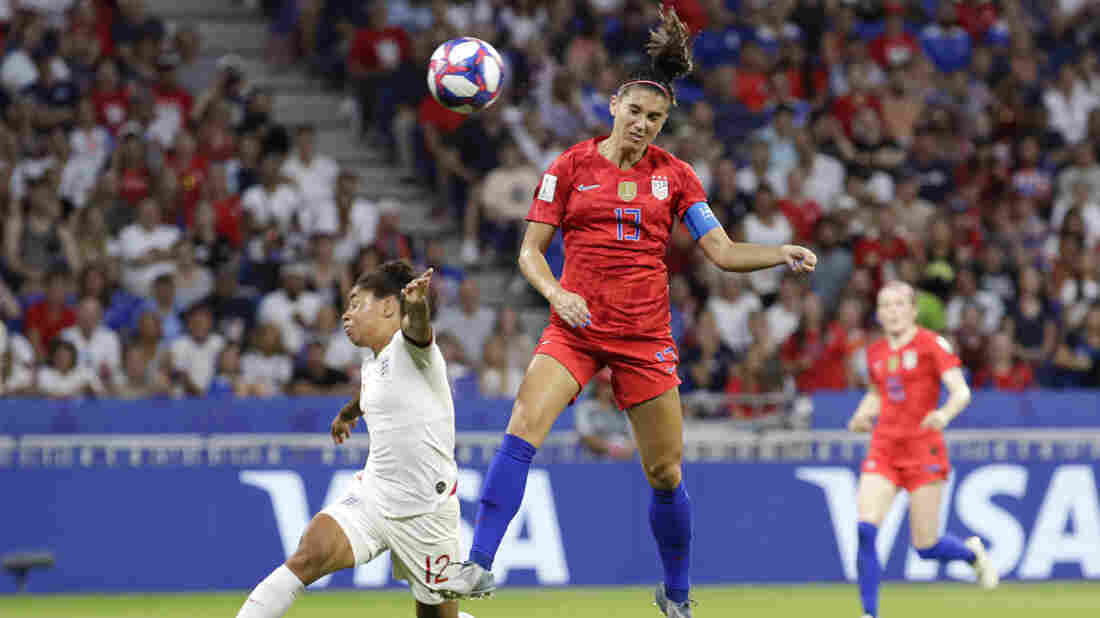 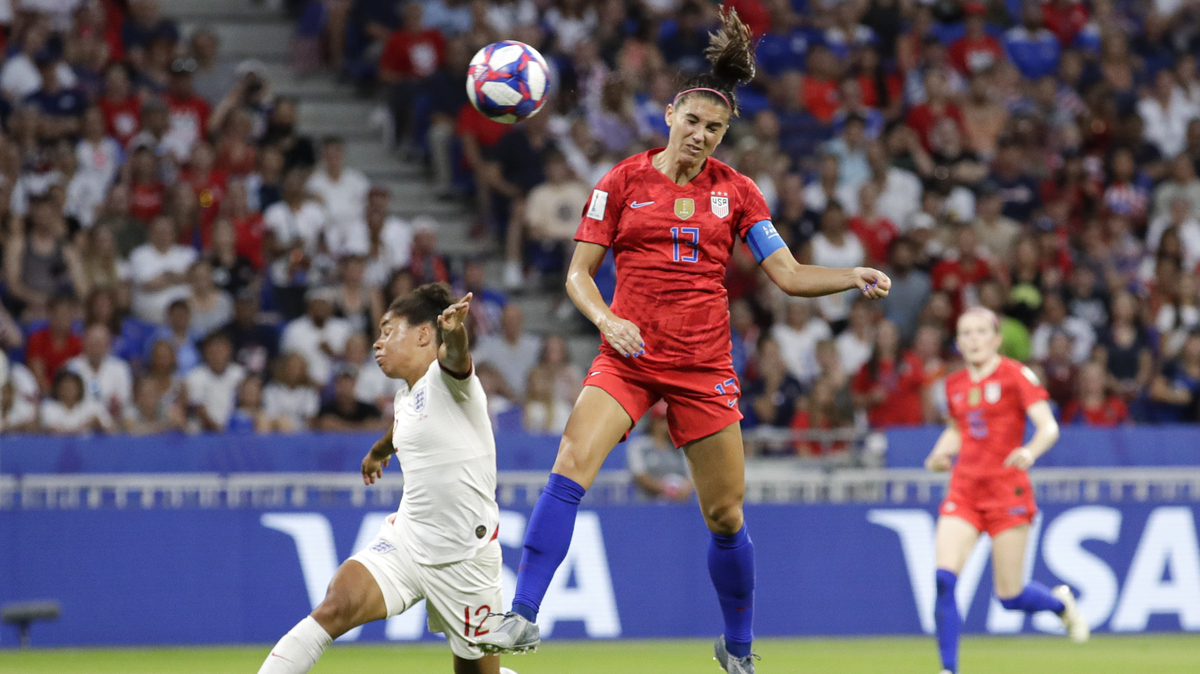