Accessibility links
Trump Administration Sends Notices Of $500,000 Fines For Immigrants The Department of Homeland Security targeted individuals for "failing to depart the U.S. as previously agreed," among other factors. It's the latest effort to clamp down on interior enforcement. 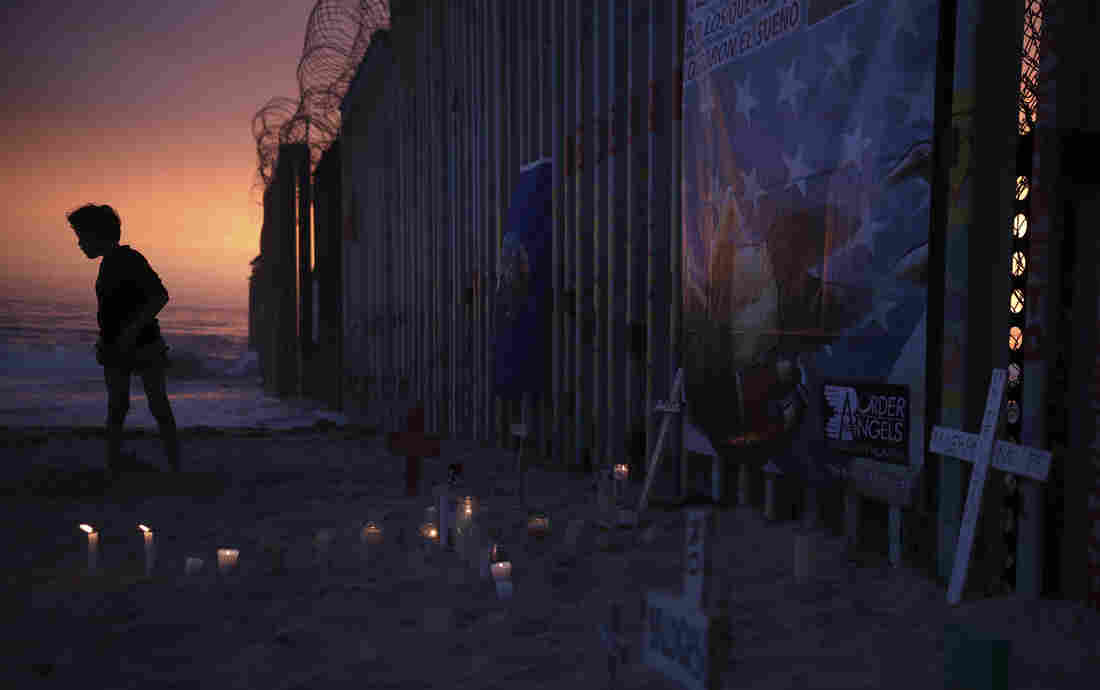 A youth in Tijuana, Mexico, stands by the border fence that separates Mexico from the United States, where candles and crosses stand in memory of migrants who have died during their journey toward the U.S. Emilio Espejel/AP hide caption 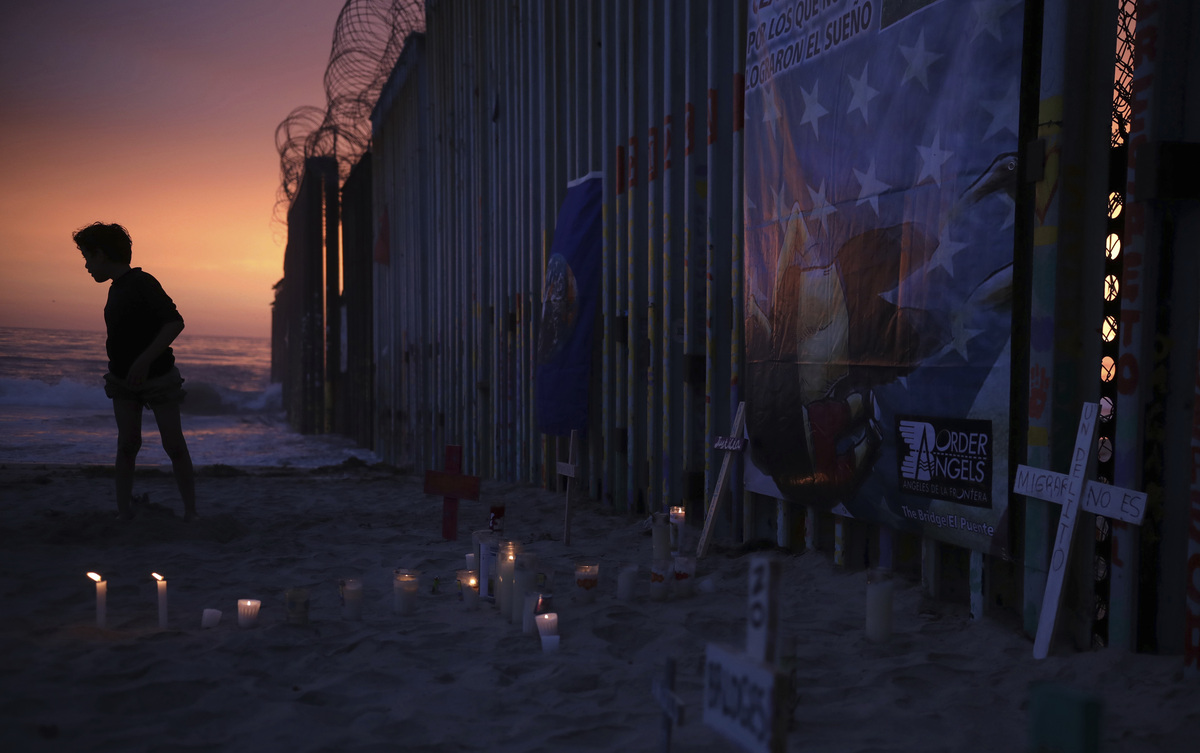 A youth in Tijuana, Mexico, stands by the border fence that separates Mexico from the United States, where candles and crosses stand in memory of migrants who have died during their journey toward the U.S.

The Trump administration is seeking to fine some immigrants, who are in the United States illegally, hundreds of thousands of dollars for failing to take steps to leave after being ordered to do so, according to government documents obtained by NPR.

The Department of Homeland Security sent out a batch of notices across the country to targeted individuals ordering them to pay fines of up to nearly $500,000 for "failing to depart the U.S. as previously agreed," among other factors.

It's the latest hard-line effort by the administration as it clamps down on illegal immigration at the border and increases interior enforcement.

"It is the intention of ICE to order you pay a fine in the amount of $497,777," Lisa Hoechst, U.S. Immigration and Customs Enforcement officer, wrote to Edith Espinal Moreno in a letter dated June 25, 2019, obtained by NPR from lawyers for Moreno.

The letters come as the Trump administration prepares to carry out delayed immigration sweeps of migrant families who have received deportation orders. President Trump said Monday, while signing legislation providing $4.6 billion in funding to address the influx of migrants from Central America, that the immigration raids will begin after the July 4 holiday if Congress can't pass new restrictions on asylum laws.

At the beginning of his term, Trump signed an executive order promising, "as soon as practicable, and by no later than one year after the date of this order," that the administration would begin collection of "all fines and penalties that the Secretary is authorized under the law to assess and collect from aliens unlawfully present in the United States."

ICE said the Immigration and Nationality Act grants the agency the right to impose "civil fines on aliens who have been ordered removed or granted voluntary departure and fail to depart the United States."

It states fines of no more than $500 for each day the person is in violation of this section. But immigration lawyers say they've never heard of it used in this manner.

An ICE official said undocumented immigrants who willfully refuse to meet the obligations of an order issued by the Justice Department's Executive Office for Immigration Review may receive a "Notice of Intention to Fine" and then are subsequently provided a 30-day period to respond before a formal decision whether to issue a fine is made.

ICE officials said the agency began issuing these notices in December 2018 on a case-by-case basis, taking into account steps the individual has taken to fulfill the court's orders.

Pro-immigrant advocates argue the Trump administration is trying to instill fear and confusion in immigrant communities, expecting the immigrants will leave. They report similar letters being received by immigrants in similar situations in North Carolina, Utah, Virginia and Texas.

Espinal, 42, said she could not believe the U.S. government thought she would have almost half a million dollars. She has been living in sanctuary at an Ohio church since an immigration judge ordered her removed two years ago. The church, its congregation and the community have largely supported her and her family.

"They want to scare me," Espinal said, adding, "because they know I am in sanctuary. And they know I don't have this amount of money."

Espinal said she came to the United States from Mexico with her father when she was 16. She now has three children of her own, including two who are U.S. citizens. She said her whole life is in the United States and she cannot return to Mexico.

Leon Fresco, who served as deputy assistant attorney general for the Office of Immigration Litigation in the Obama administration, said he could not recall a time when such high fines were used during the previous administration.

"It's a vivid illustration of the lengths the Trump administration will go to use any available authority to try to enforce immigration law," Fresco said. "I have not seen a $300,000 fine for failing to facilitate one's own removal."

Espinal's attorney, Lizbeth Mateo, said she started laughing when she first saw the letter. She fears the administration is laying the groundwork for criminal penalties and could use fees in other ways to increase pressure on immigrants to leave.

"It's almost half a million dollars. Are they for real? Do they really think that she's going to pay this?" Mateo said. "I laughed, because there has to be someone in some basement in D.C. thinking, 'Oh, what else can I do to mess with immigrants? What else can I do to hurt them?' "

Subscribe to the NPR Politics newsletter: From the White House to your home — political news and analysis that matter, sent weekly.