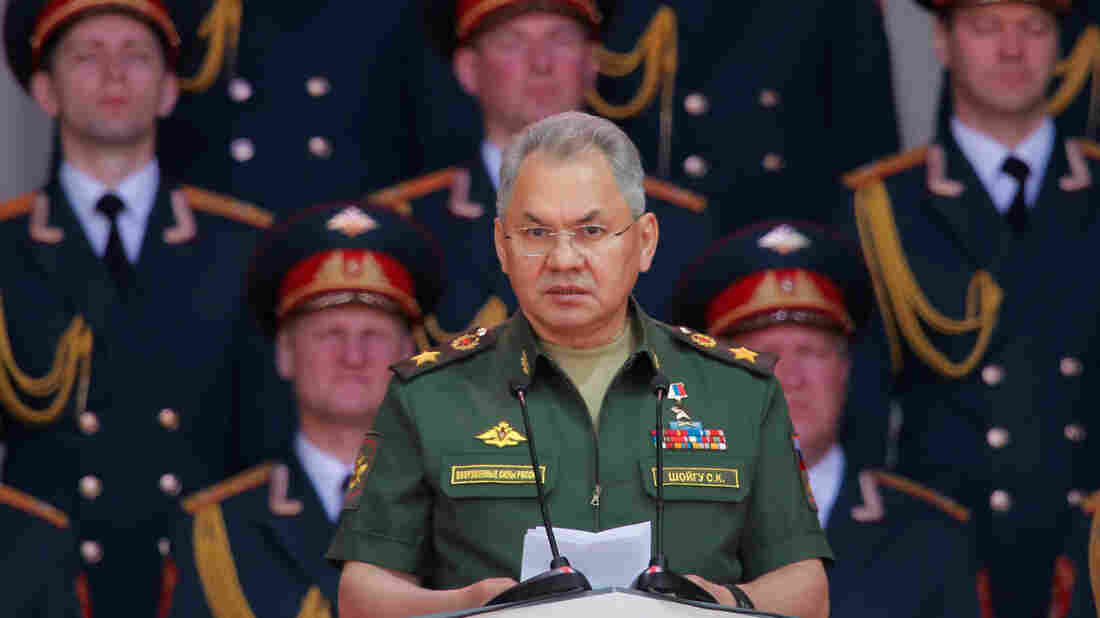 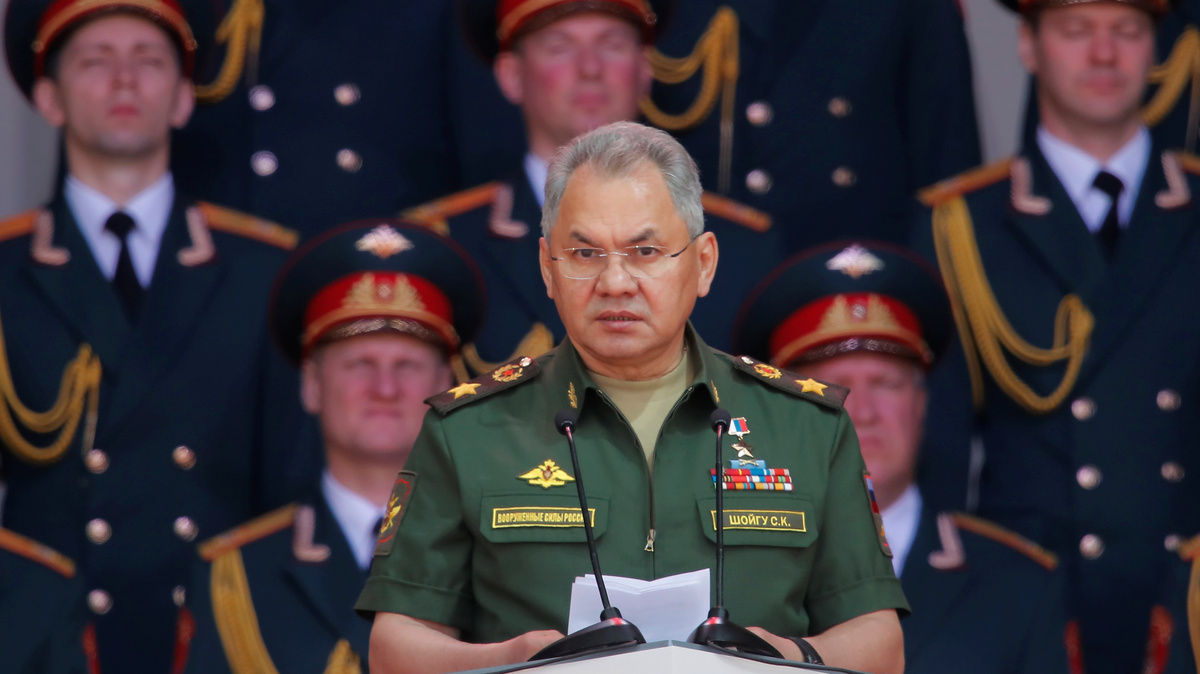 Russia's Defense Minister Sergei Shoigu delivers a speech in Moscow last month. Shoigu is leading an investigation into an explosion on board a Russian navy research vessel.

Russia's Defense Ministry said Tuesday that 14 submariners were poisoned by fumes and died after a fire broke out aboard a navy deep water research vessel. The fire began while the crew was surveying the seabed in Russian territorial waters on Monday.

NPR's Lucian Kim reports Russian President Vladimir Putin has dispatched the defense minister to lead the investigation of the accident.

Putin described the stricken vessel as "an unusual submarine" and said seven of those killed were high-ranking naval officers.

Some Russian media outlets, citing military sources, said it was a secret nuclear-powered submersible that can operate thousands of feet deeper than regular submarines.

NPR's Lucian Kim reports from Moscow that the craft has been recovered and is in Severomorsk, the main base for Russia's Northern Fleet on the Arctic Ocean.

"Accidents have plagued the Russian navy," Kim says. "The worst was in 2000, when the Kursk submarine sank, killing all 118 personnel aboard, and creating the first crisis for Russia's new president at the time, Vladimir Putin."

The Kursk submarine was also part of Russia's Northern Fleet.

Kim reports that Putin has canceled a previously scheduled appearance to meet with Russia's defense minister.

According to Sky News, "The Russian navy uses Priz-class and Bester-class deep water vehicles, which have a hull built of titanium and are capable of operating at a depth of 3,281ft (1,000 meters). The blaze marks the deadliest Russian naval incident since 2008, when 20 died when a firefighting system was accidentally initiated while the Nerpa nuclear-powered submarine of Russia's Pacific Fleet was undergoing trials."