Accessibility links
Florida Couple Wins The Right To Plant Veggies In Front Yard A 2013 zoning ordinance threatened Hermine Ricketts with a $50 fine each day for the garden she had tended for years. So she pulled it up — and got a lawyer. 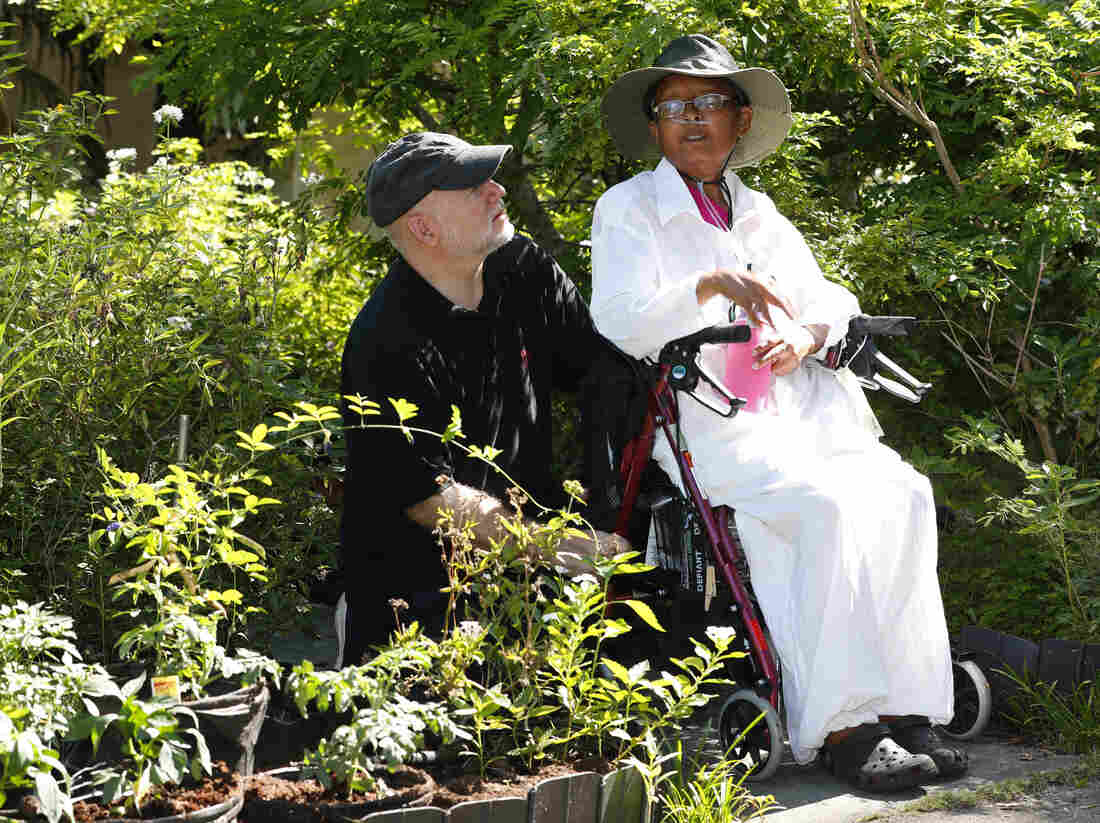 Homeowners Tom Carroll and Hermine Ricketts held a ceremonial planting of vegetables in their garden on Monday. The Village of Miami Shores had prohibited front-yard gardens, but the Florida Legislature passed a law that assures such gardens' legality. Wilfredo Lee/AP hide caption 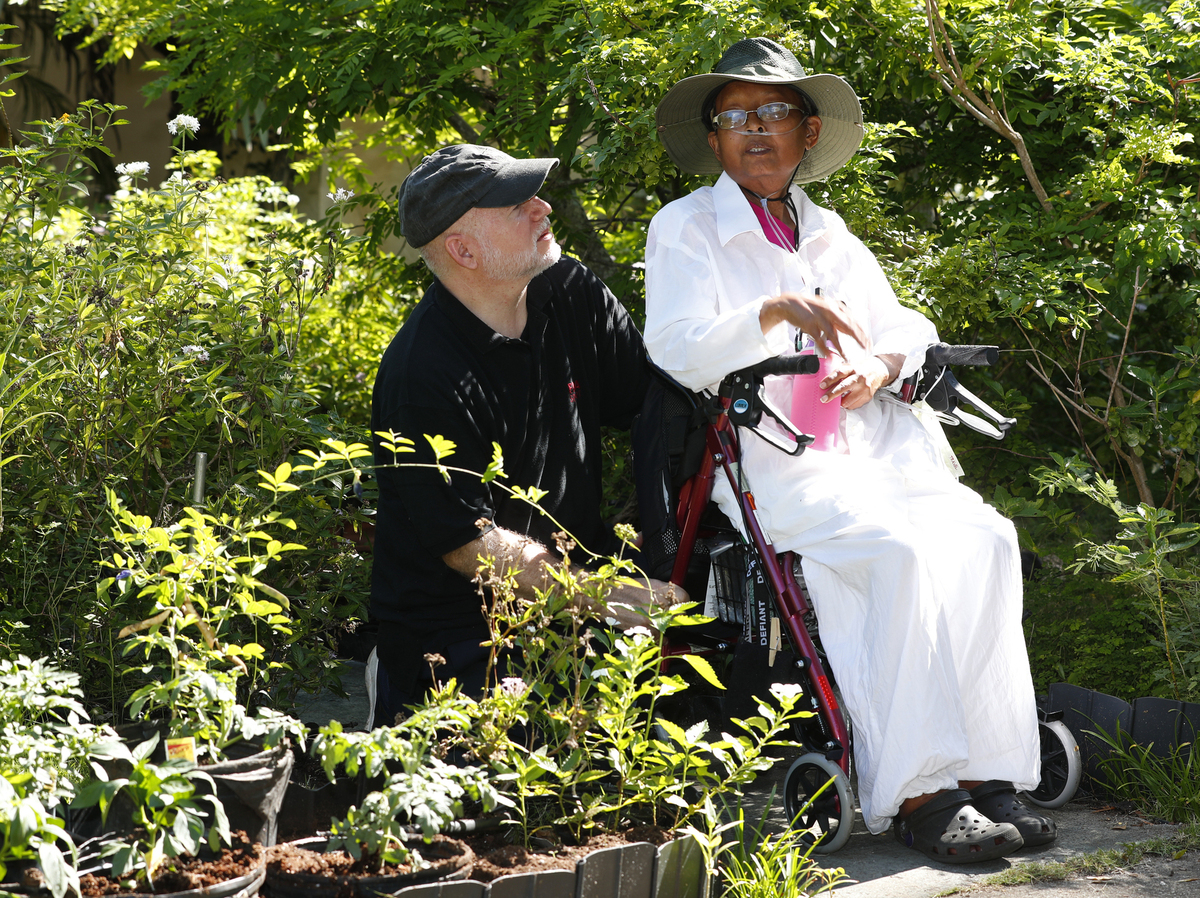 Homeowners Tom Carroll and Hermine Ricketts held a ceremonial planting of vegetables in their garden on Monday. The Village of Miami Shores had prohibited front-yard gardens, but the Florida Legislature passed a law that assures such gardens' legality.

Those are some of the vegetables that Hermine Ricketts and her husband, Tom Carroll, planted in front of their home in Miami Shores, Fla., on Monday.

That's the day a Florida law went into effect that nullifies local bans on vegetable gardens at residential properties. It was one of those ordinances that had forced the couple to uproot a garden that Ricketts had tended for 17 years.

Ricketts had her vegetable garden in front of her home because that's where the sun is, as NPR's Greg Allen reported in 2013: "[H]er house faces south and her backyard is mostly in the shade. A retired architect, originally from Jamaica, Ricketts says she gardens for the food and for the peace it brings her."

"This is a peach tree that I put in, and around it, I had kale, and in between the kales, I had some Chinese cabbage," Ricketts said then. "And I also had Swiss chard, yellow Swiss chard."

But then a zoning ordinance was tightened to forbid vegetables in the front yard on the grounds that they were unsightly. A daily $50 fine went into effect, so Ricketts pulled up her garden.

And she lawyered up. She reached out to Institute for Justice, a national advocacy group that fights for property rights, among other issues.

It took six years, but they won. An appeals court had ruled against Ricketts, but the Florida Legislature passed a bill protecting vegetable gardens, and last week Gov. Ron DeSantis signed it into law.

"After nearly six years of fighting ... I will once again be able to legally plant vegetables in my front yard," Ricketts said in a statement. "I'm grateful to the Legislature and the governor for standing up to protect my freedom to grow healthy food on my own property."

She lamented that the fight even had to happen. "We had a beautiful, nutritious garden for many years before the Village went out of its way to ban it and then threatened us with ruinous fines," she said.

"Gardening is wonderful," Ricketts told the Miami Herald on Monday. "I feel victory. ... I have no words."