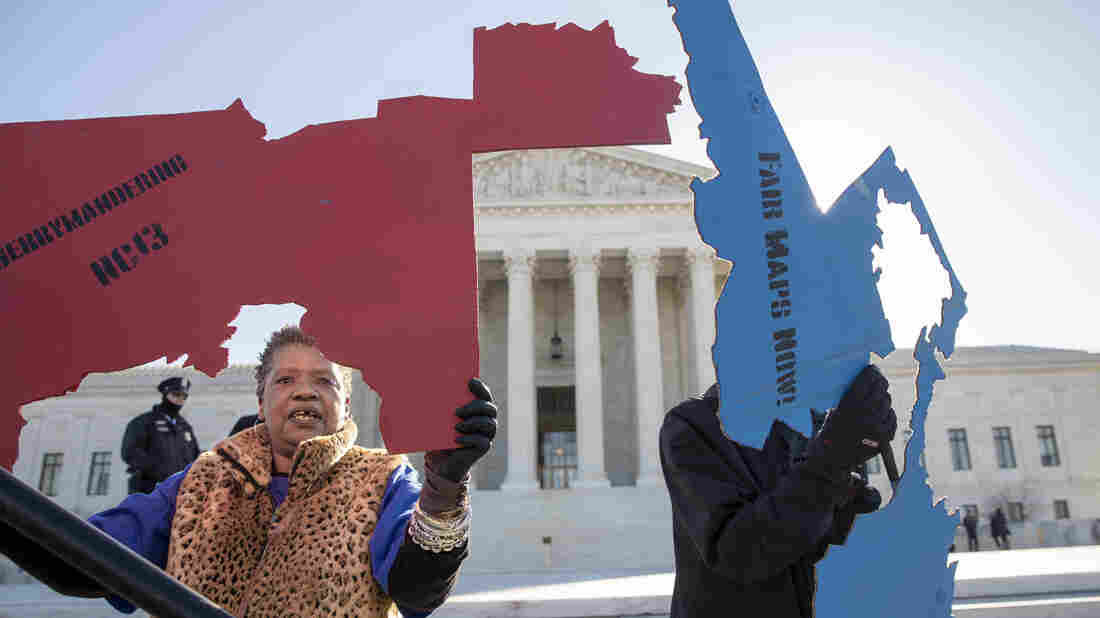 Activists at the Supreme Court opposed to partisan gerrymandering hold up representations of congressional districts from North Carolina (left) and Maryland on March 26. On June 27, justices decided that the practice is beyond the reach of federal courts. Carolyn Kaster/AP hide caption 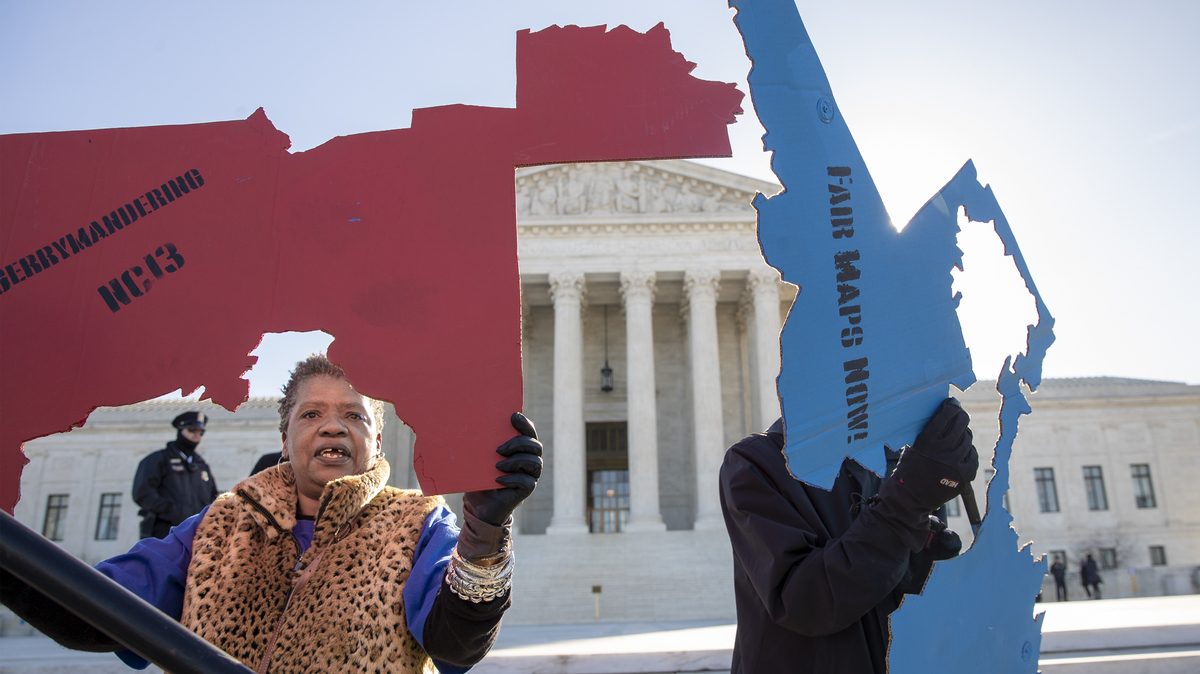 Activists at the Supreme Court opposed to partisan gerrymandering hold up representations of congressional districts from North Carolina (left) and Maryland on March 26. On June 27, justices decided that the practice is beyond the reach of federal courts.

New Jersey is a decisively Democratic state, but last year Democratic lawmakers there decided to try to cement their power even further.

Even so, the state Legislature introduced a plan that would overhaul the map-making process in a way that would guarantee Republicans became a "permanent minority."

Predictably, a number of groups keen on fair elections spoke out against the plan, as well as other politicians. They weren't the only ones, though.

"This is bad for our democracy," said New Jersey Gov. Phil Murphy — who is also a Democrat.

"I'm the state's titular leader of the Democratic Party, but I want to win elections fair and square," Murphy said. "I don't want to have anything to do with rigging elections and skewing one party against the other."

Democrats in the Legislature shelved the proposal after the backlash, but the rift exposed what could be a theme over the next two years: The party may be of two different minds over how to tackle gerrymandering, now that the Supreme Court essentially approved the practice last week.

So will Democrats make good on frequent promises to take partisanship out of the district-drawing process, or draw maps that advantage their party where they can?

One of the most consequential outcomes of the 2010 midterm elections was how Republicans used their newfound gains in statehouses to draw politically advantageous maps that helped entrench their power around the country.

But Republicans aren't the only ones who have shown a willingness to use gerrymandering to their advantage, said Justin Levitt, an election law expert at Loyola Law School. The Republican Party is currently more strongly associated with gerrymandering because its expansive successes in 2010 gave it a bigger opportunity to shape legislative maps.

To have the most latitude in drawing maps that favor one party over another, a single party usually has to have majority control in all three levels of a state's government.

"This is emphatically not a specifically Republican problem," Levitt said. "History has shown that both major parties are perfectly willing to rig the electoral rules to benefit their own."

In fact, one of the cases that was before the Supreme Court this year was about a Democratic gerrymander in Maryland. The Legislature and former Gov. Martin O'Malley were open about their project to draw a congressional map that eliminated a longtime Republican House seat.

With campaign season for the 2020 election heating up, Democrats are eyeing a number of statehouses and have created a campaign infrastructure that wasn't there 10 years ago.

"It's a world of difference where we stand now in 2019 than where we were in 2009 in terms of overall awareness and engagement," said Vicky Hausman, the co-founder of Forward Majority, a Democratic superPAC aimed at supporting candidates at the state level with an eye toward giving Democrats more of a say in the redistricting process.

The next election also includes a sure-to-be ubiquitous presidential race, which could boost turnout, which traditionally benefits Democrats.

If they succeed, how would they use it?

He says all the ways Democrats have fought maps drawn earlier this decade also amount to illegitimate power grabs, including suing in state courts.

"They pick a state, they sue until it's blue," Walker said.

Part of the disagreement comes down to a difference of opinion on what redistricting should look like — and what is meant by "gerrymandering."

Democrats have been outraged by practices in states such as North Carolina, where there is a fairly even split of Democrats and Republicans, but maps drawn by the Republican legislature have resulted in 10 of 13 House seats going to Republicans.

Voters Rejected Gerrymandering In 2018, But Some Lawmakers Try To Hold Power

Critics fault districts that sprawl and stretch to sometimes wild extremes in order to include as many voters as possible desirable to Republicans, and exclude those considered unsympathetic — often in cities with more Democrats and nonwhite voters.

But as Walker observed, what Democrats call "fair" maps are those that effectively advantage them instead, because of their national popular vote edge. Proportional representation isn't always necessary, Walker argued, because he feels it gives urban areas too large of an influence over the politics of an entire state.

If lawmakers are going to be in charge of drawing districts, they're going to reflect partisanship one way or the other, he said.

Walker disputed the value of independent redistricting commissions, which a number of states have implemented over the past decade, as a way to take partisanship out of the map-making process. They usually involve members of both political parties, as well as non-political members.

Walker said he thought getting away from partisanship is impossible, and such commissions end up bogged down with unaccountable, unelected bureaucrats.

In the hands of commissioners?

Many of the Democratic groups fighting for a redistricting overhaul say these sorts of commissions are the future.

Hausman, of Forward Majority, says she wants to turn over district-drawing to these sorts of commissions, and that she does not want to take advantage of partisan gerrymandering or punish Republicans for their strategic maps in 2010.

"I don't think this will be a fight fire with fire situation," Hausman said. 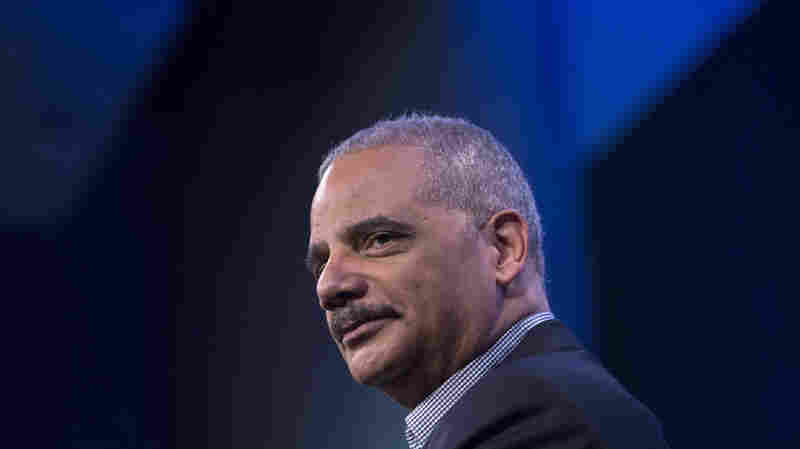 Former Attorney General Eric Holder is now the chairman of the National Democratic Redistricting Committee. He says he doesn't want Democrats to draw maps that advantage their party, and instead wants to take partisanship out of the redistricting process. Toya Sarno Jordan/Getty Images hide caption 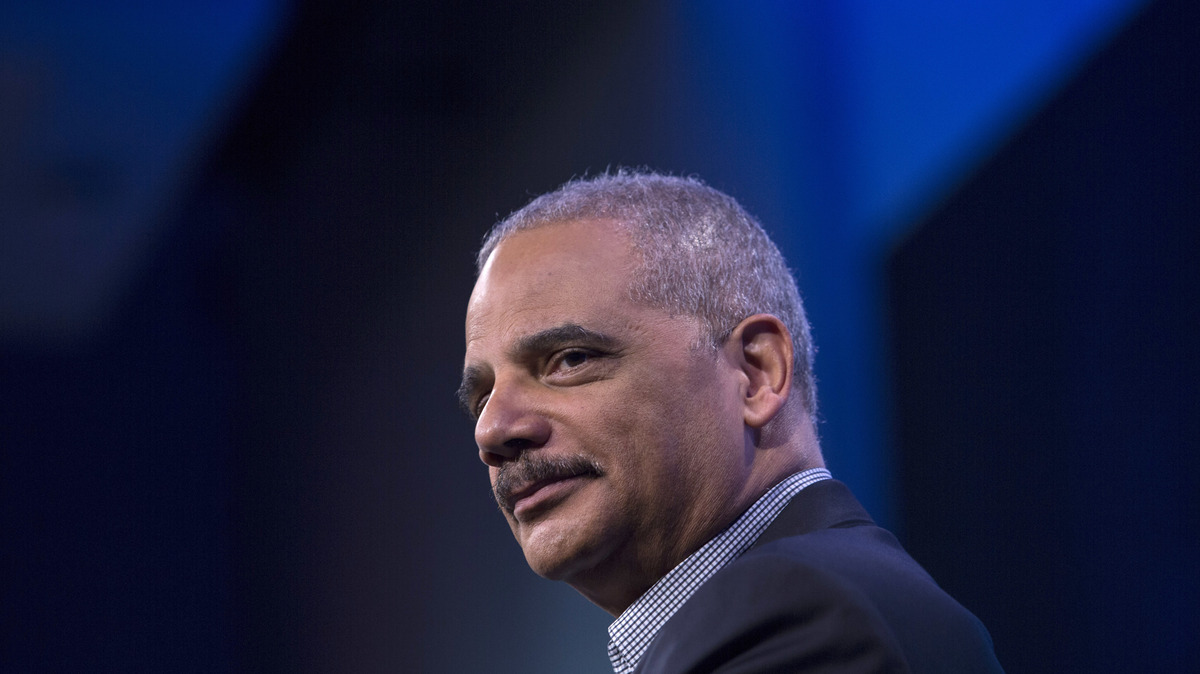 Former Attorney General Eric Holder is now the chairman of the National Democratic Redistricting Committee. He says he doesn't want Democrats to draw maps that advantage their party, and instead wants to take partisanship out of the redistricting process.

Former Attorney General Eric Holder now leads the National Democratic Redistricting Committee. He is perhaps the most high-profile Democrat focused on this issue, and he said he would "oppose any Democratic attempts to gerrymander" in 2020.

"All we want to have is fairness because if we have a fair redistricting process and fair elections, I am confident that Democrats, progressives will be just fine against Republicans and Conservatives," Holder said.

The question is, who will win out after 2020: Democrats who say they want to make the system fairer; or Democrats, like the ones in New Jersey or Maryland, who stand to gain more power from partisan gerrymandering?