Accessibility links
Trump's July 4th Speech Isn't Supposed To Be Political, But May Still Be President Trump plans to break a long-standing tradition of presidents staying out of Fourth of July festivities when he gives remarks from the Lincoln Memorial on Thursday. 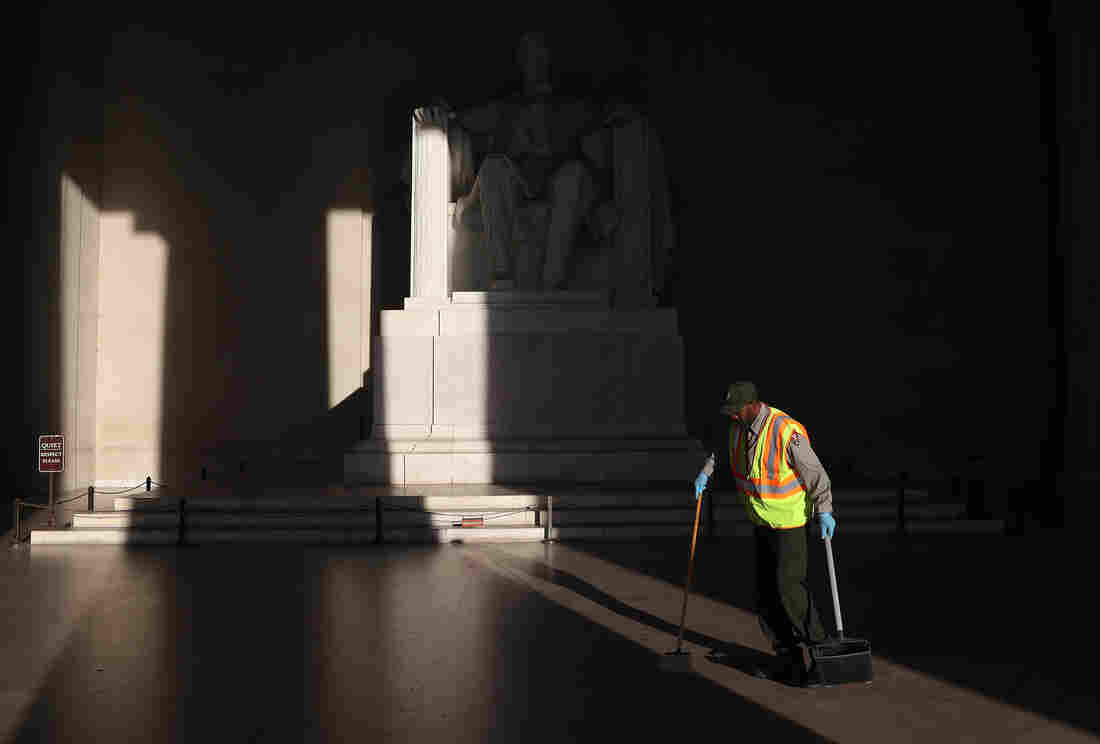 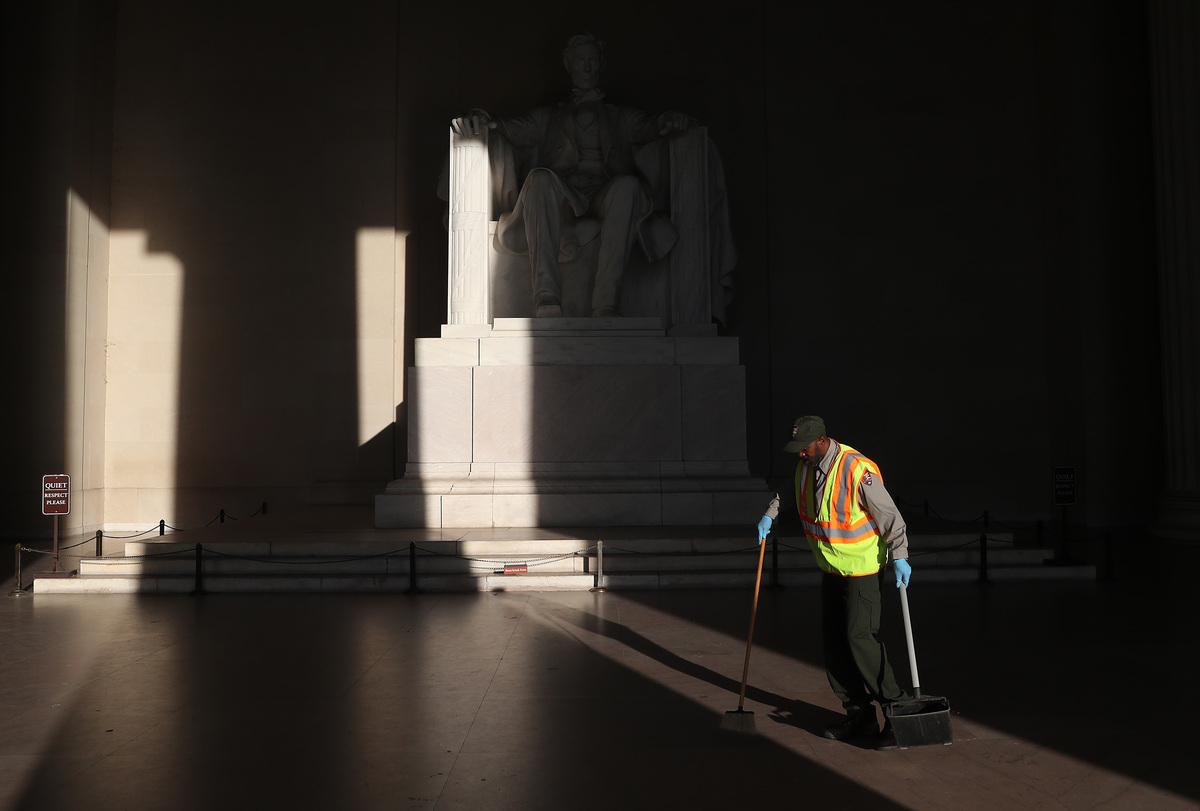 National Park Service worker Corey Felder picks up trash inside the Lincoln Memorial on Tuesday ahead of Thursday's July 4 celebration.

President Trump has a history of treating nonpolitical events like they're campaign rallies, especially if there is a large crowd on hand. His Fourth of July speech from the steps of the Lincoln Memorial will be just such a setting.

A White House official who declined to be named said the speech will be about celebrating America, the flag and members of the military — not political. But all assurances about what Trump will say or do need to be taken with a grain of salt.

Asked Monday whether he thought he "can give a speech that can reach all Americans," Trump said yes, he thought he could. But 17 seconds into answering the question, the president launched into an attack on Democrats, whose ideas for health care would "destroy the country."

Even before he utters a single word, Trump's decision to deliver a speech on the National Mall on the Fourth of July injects a political figure (and a deeply polarizing one at that) into what has traditionally been a day where presidents have stayed away.

A political speech could also cause legal problems for the Trump administration. Walter Shaub, a former head of the Office of Government Ethics and now with Citizens for Responsibility and Ethics in Washington, wrote that Trump's event could quickly fall afoul of ethics laws and laws preventing the spending of government resources for political purposes if Trump or others on the stage start attacking Democrats or talking about his reelection campaign.

'Against The Grain Of History'

In the past, many presidents have skipped town. Others laid low.

The last U.S. president to speak on the National Mall on the Fourth of July was Harry Truman in 1951, marking the 175th anniversary of the signing of the Declaration of Independence.

Richard Nixon was in California in 1970 when some of his allies hosted an "Honor America Day" on the Mall for the Fourth of July. Nixon had a video message piped in to those gathered. There were protests, and the whole thing ended in a cloud of tear gas.

And that's it. Until Trump.

"President Trump is going against the grain of history, what the Fourth of July has meant in the past," said Patrick Maney, a presidential historian at Boston College.

In the 19th and early 20th centuries, Maney said, the Fourth of July was the one day of the year when people in rural areas would be sure to come into town centers to gather and even listen to local politicians.

"It brought people together in a way that no other holiday even including Christmas did," said Maney.

This community focus continues to this day, with small parades and fireworks displays at local parks and schools all over America. In short, Independence Day has never really been about Washington, D.C., or the president of the United States.

Inspired by Bastille Day celebrations in France, President Trump wants a big display of American military might, complete with military bands, military jet flyovers and tanks, which will be stationary owing to the risk of damaging streets and grass. 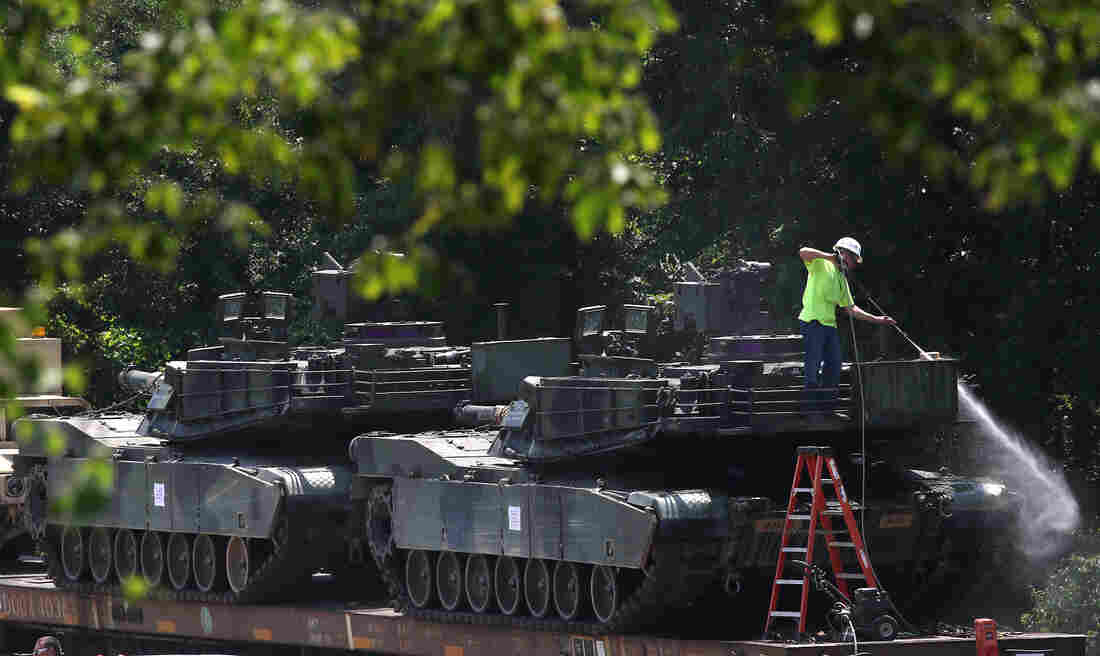 A worker washes Abrams tanks that are loaded on railcars in Washington, D.C., on Tuesday. Mark Wilson/Getty Images hide caption

There will also be fireworks, which both Trump and the companies donating the pyrotechnics say will be the biggest display in Washington, D.C., ever — even bigger than the bicentennial (where, incidentally, President Gerald Ford didn't speak).

All of this is tacked on to the traditional Fourth of July fireworks display and symphony performance that have been happening on the Mall every year for decades and will proceed.

Looking To D-Day As An Example

It would be a mistake for Trump to deliver partisan remarks on the steps of the Lincoln Memorial, says Barry Bennett, a Republican consultant who worked on the Trump campaign in 2016.

"I hope it doesn't turn into a political rally," Bennett said. "I don't think it will. I think that his vision is that it is a 'celebrate America' speech."

Bennett points to the remarks Trump delivered in Normandy last month to mark the D-Day anniversary. Trump kept to the script, using soaring language to describe the heroism of those who fought in World War II.

"And I hope that they replicate that for the Fourth of July," Bennett said.

Though, minutes before the D-Day speech, with lines of headstones in the shot behind him, Trump did a TV interview in which he hit Democrats and called House Speaker Nancy Pelosi a "disaster."

Whatever the White House's intentions, there's a fairly long list of times when a nonpartisan or nonpolitical event took a turn with Trump at the microphone. Here are a few:

The event at the Kennedy Center leading into Independence Day was described as a salute to America's veterans.

"For my very first Independence Day celebration as president, there is no place I'd rather be than with you," Trump told the supportive crowd.

But before long, the message of appreciation had moved on to an attack on the media.

"The fake media is trying to silence us but we will not let them," Trump said. "The fake media tried to stop us from going to the White House, but I'm president and they're not. We won, and they lost."

Early in his speech to thousands of Boy Scouts gathered for their annual jamboree, Trump asked, "Who the hell wants to speak about politics when I'm in front of the Boy Scouts, right?"

He answered his own question. Trump talked about politics at length, including his efforts to repeal the Affordable Care Act and his big win on election night 2016.

"We won Florida. We won South Carolina. We won North Carolina we won Pennsylvania. We won and won," Trump said as part of a lengthy riff.

Trump also told an off-color story about a friend of his from New York. 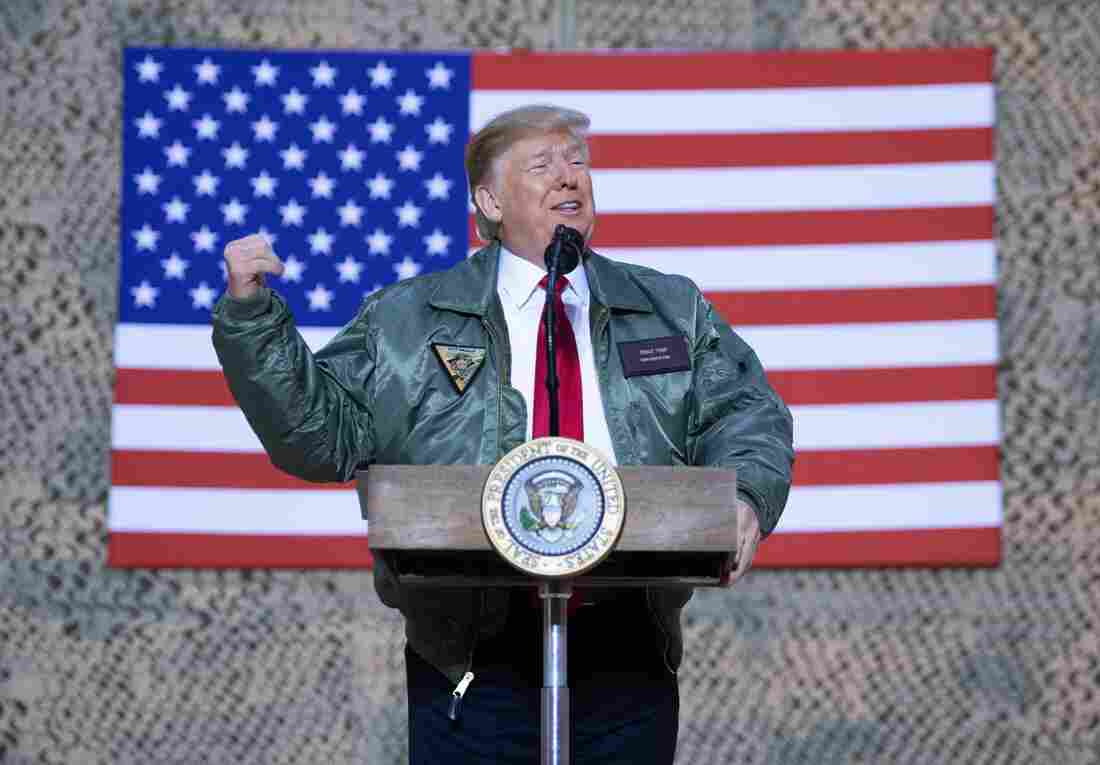 President Trump speaks to members of the U.S. military during an unannounced trip to Al Asad Air Base in Iraq on Dec. 26, 2018. Saul Loeb/AFP/Getty Images hide caption 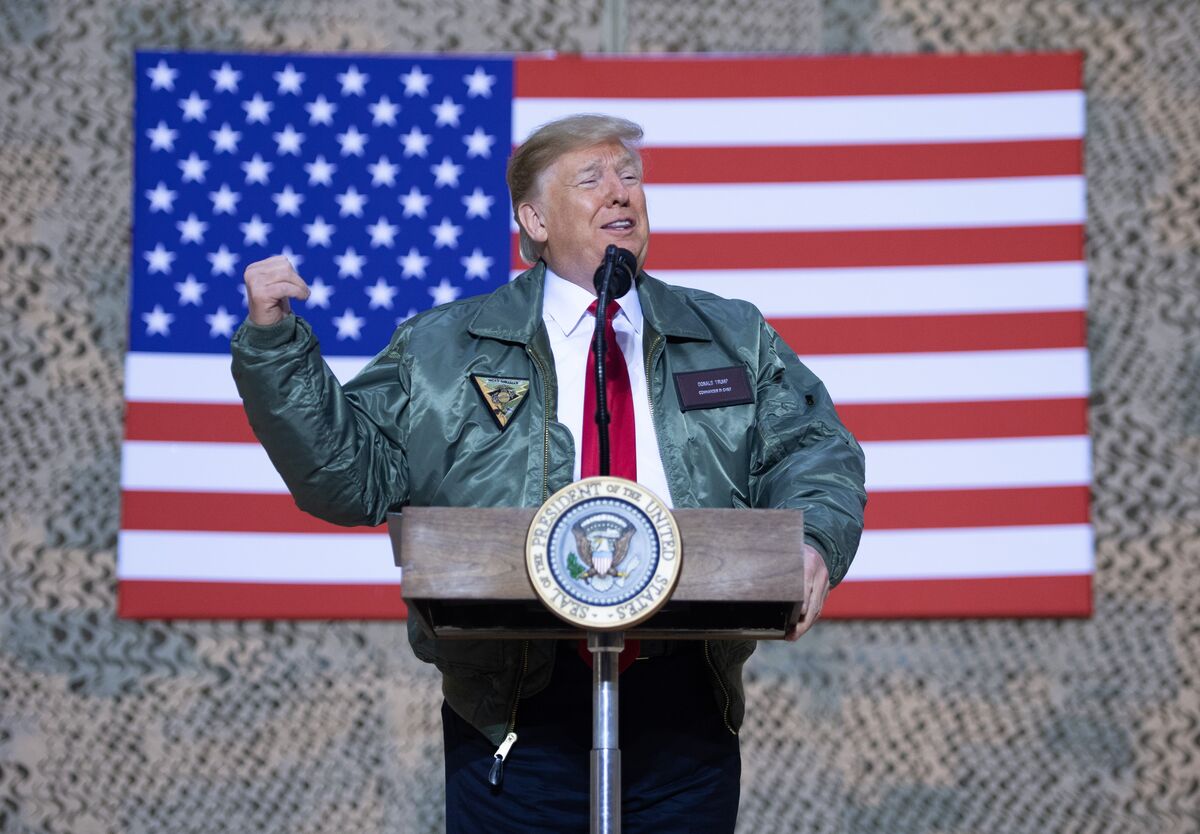 President Trump speaks to members of the U.S. military during an unannounced trip to Al Asad Air Base in Iraq on Dec. 26, 2018.

Presidents don't bring politics to the troops, especially when they are deployed overseas. It is a long-standing norm that Trump violated in a big way in his only visit as president with troops deployed in a combat zone. Trump's visit came in the midst of a government shutdown over his desire for funding to build a border wall, which he brought up in remarks before uniformed troops.

"You know, when you think about it, you're fighting for borders in other countries and they don't want to fight — the Democrats for the border of our country," Trump said. "Doesn't make a lot of sense."