Accessibility links
DOJ Official Says Citizenship Question Is Still At Issue For 2020 Census Amid tweets by President Trump that he still wants the 2020 census to ask about citizenship, an official says the Justice Department has been told to find a way to make that happen. 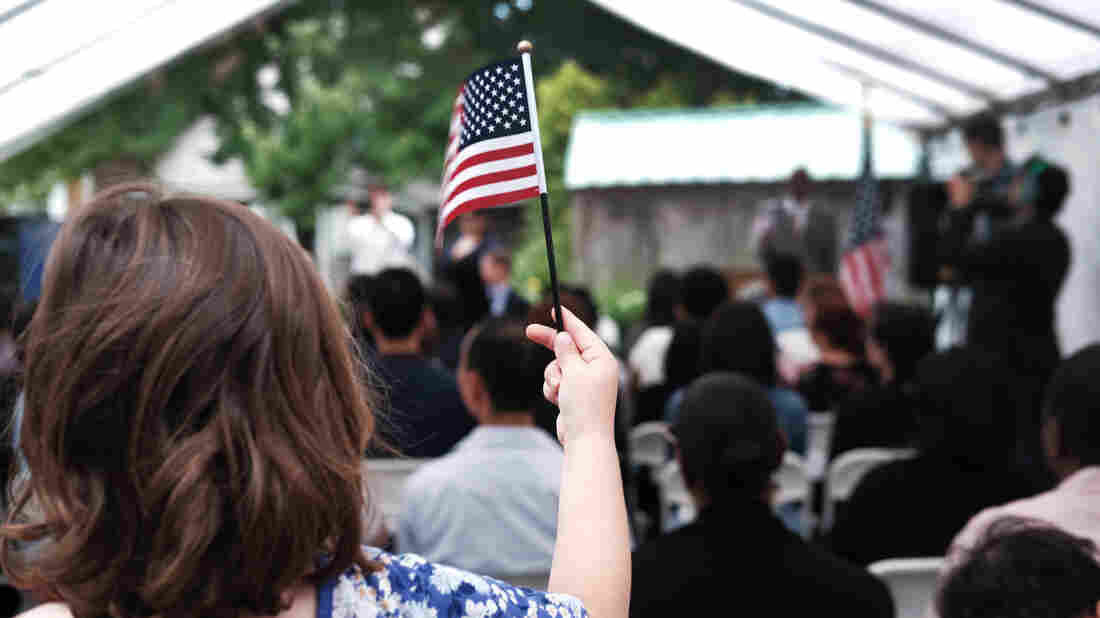 A child holds a U.S. flag at a naturalization ceremony at the Wyckoff House Museum in Brooklyn, on June 14, in New York City. Spencer Platt/Getty Images hide caption 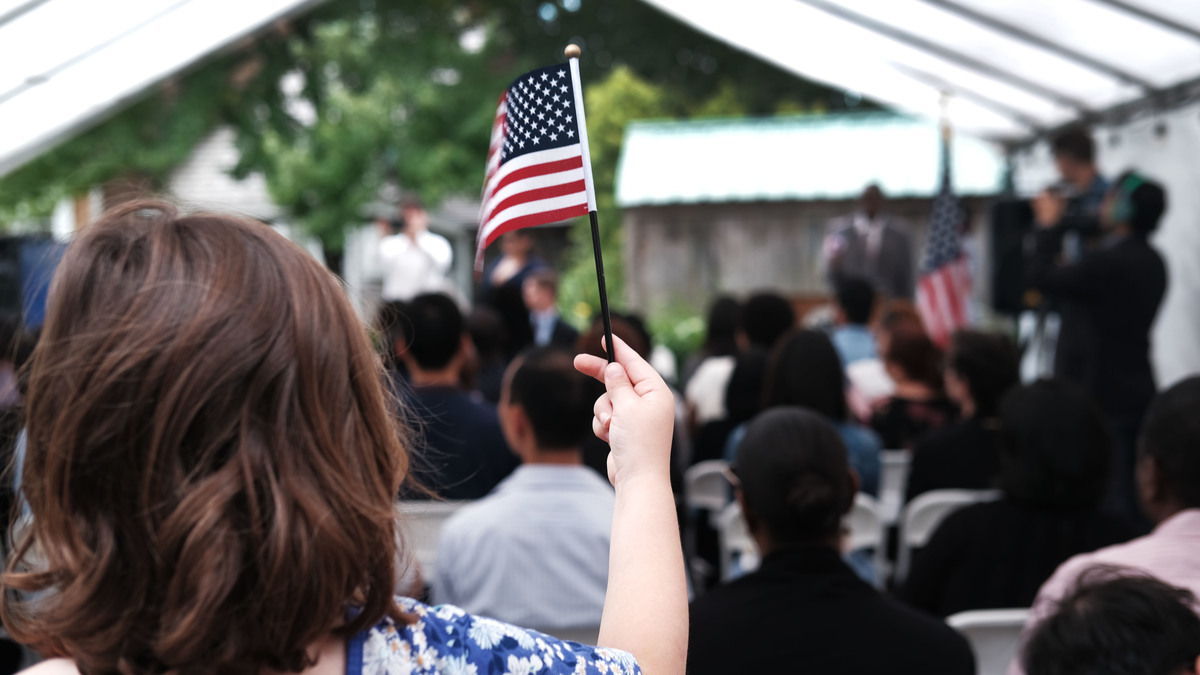 A child holds a U.S. flag at a naturalization ceremony at the Wyckoff House Museum in Brooklyn, on June 14, in New York City.

An official says the Justice Department has been instructed to keep looking for a way to ask 2020 census responders whether they are citizens of the United States.

The Supreme Court has left in place a lower court's order to block the question for now.

After the Supreme Court declined to allow the question, tweets by President Trump had sowed confusion about whether he planned to continue the legal fight.

The Justice Department statement came in a court filing released Wednesday. Assistant Attorney General Jody Hunt said, "We at the Department of Justice have been instructed to examine whether there is a path forward, consistent with the Supreme Court's decision, that would allow us to include the citizenship question on the census."

Although the Trump administration says printing of the 2020 census without the citizenship question has begun, the president's statements on social media have launched a flurry of court activity. That includes a last-minute hearing called by a federal judge who is presiding over two recently reopened lawsuits over the question in Maryland.

U.S. District Judge George Hazel is now giving the administration until Friday to decide whether it will enter into a written agreement that confirms it will no longer pursue including a citizenship question on census forms, plaintiffs' attorneys Denise Hulett of the Mexican American Legal Defense and Educational Fund and Shankar Duraiswamy of Covington & Burling tell NPR. If the administration does not enter the agreement, the judge is prepared to start reconsidering recently resurrected discrimination and conspiracy allegations against the administration's decision to add the question.

2020 Census Forms Will Be Printed Without Citizenship Question

Earlier this week, the administration gave signals that it was ready to stand down on its push to add to census forms the question, "Is this person a citizen of the United States?" A majority of the Supreme Court ruled last week to keep the question off the census for now given that they found that administration's justification appears "contrived."

On Tuesday, Justice Department spokesperson Kelly Laco told NPR that the administration had decided to print paper forms for the 2020 census without the question. That confirmation came shortly after DOJ attorney Kate Bailey shared the news in an email to attorneys representing the question's challengers.

Later, Commerce Secretary Wilbur Ross, who oversees the Census Bureau, said in a written statement: "The Census Bureau has started the process of printing the decennial questionnaires without the question."

The more than year-long legal battle over the hotly contested question seemed to be drawing to a close – until President Trump fired off a tweet suggesting he, at least, is not ready to give up.

The following day, he emphasized in another set of tweets that the administration is "absolutely moving forward" with a citizenship question, calling reports about the Department of Commerce "dropping its quest" to get the question on the census "incorrect" and "FAKE!"