Accessibility links
This California City Has The Nation's Worst Jobs Market At a time when the United States is enjoying the lowest unemployment rate in a half-century, California's Imperial Valley suffers from a shortage of good jobs. 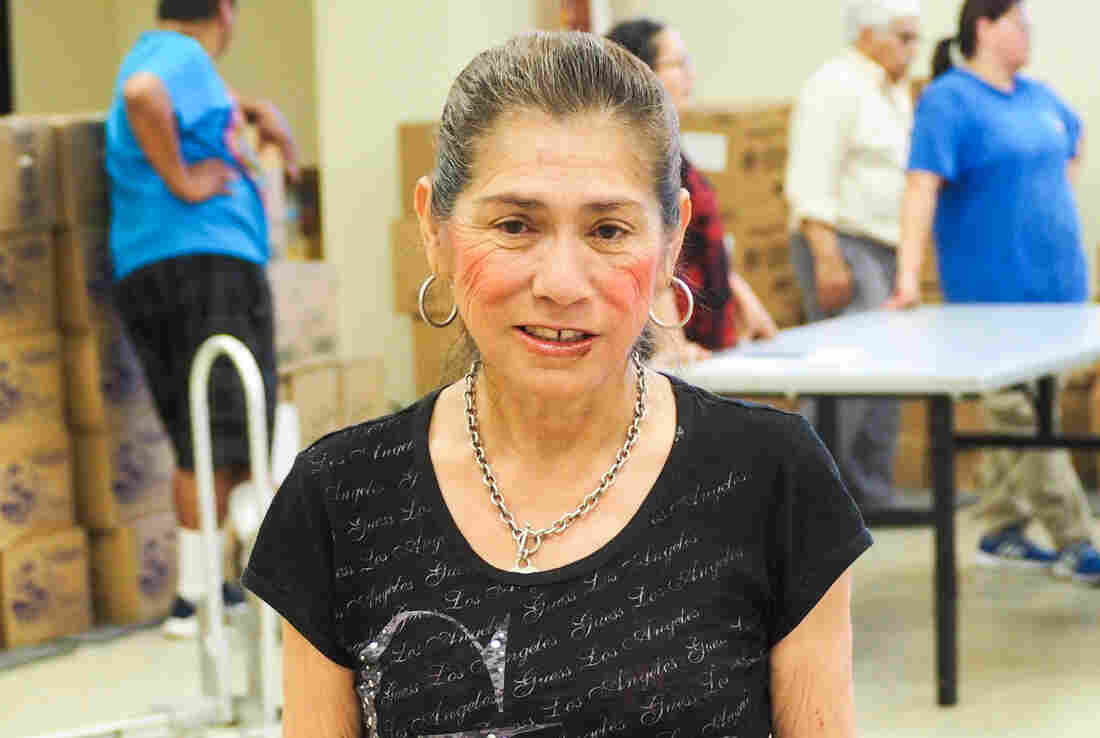 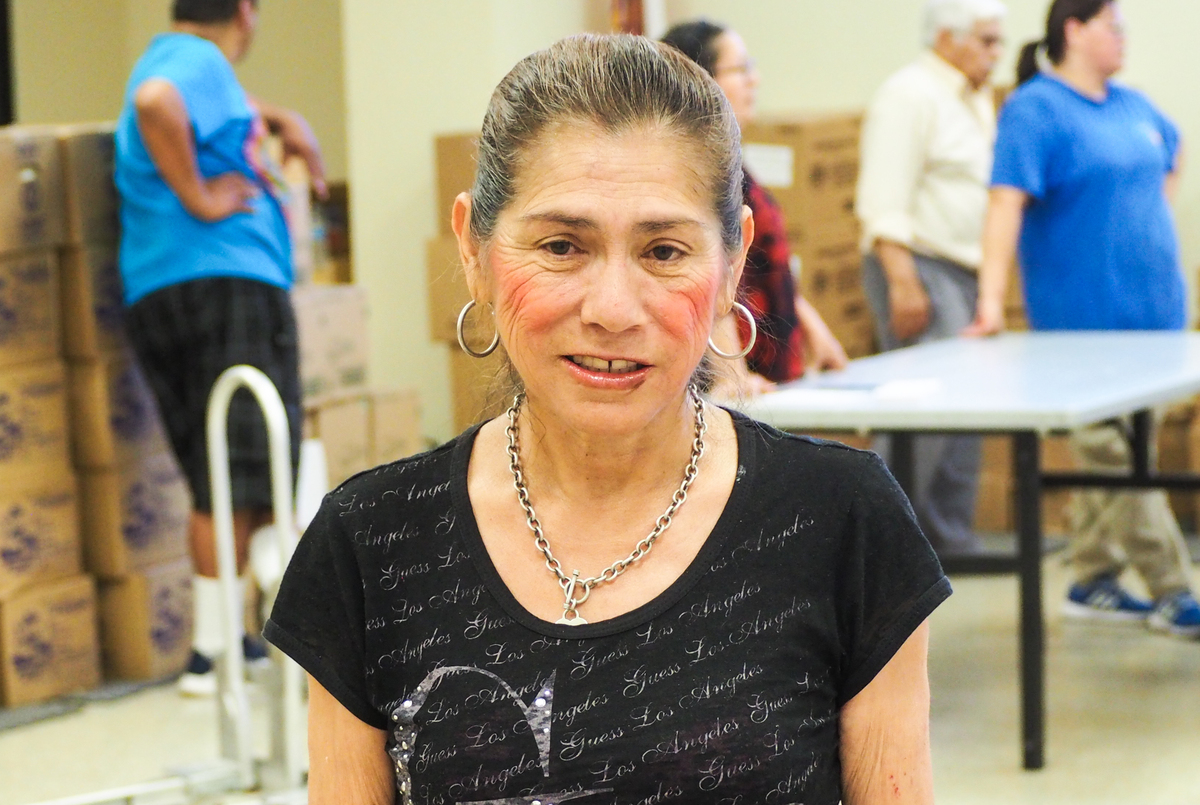 Graciela Panduro says she wants to work, but can't find a job.

To visit California's Imperial Valley is to enter a sleepy place worlds away from the glamorous boomtowns of California's coast. Pickups outnumber BMWs. Vast farms irrigated by the Colorado River stretch as far as the eye can see. Few tourists walk its hot, dusty streets.

Yet the valley lies just two hours from the beaches and swanky subdivisions of San Diego, in the hard, rocky desert terrain near the Mexican border.

The valley is different in another way, too. While the United States is enjoying the healthiest job market in half a century, the metropolitan El Centro area has what the U.S. Labor Department says is an unemployment rate of 16.2%, the highest in the nation. By comparison, the rate for the country as a whole is 3.6%. 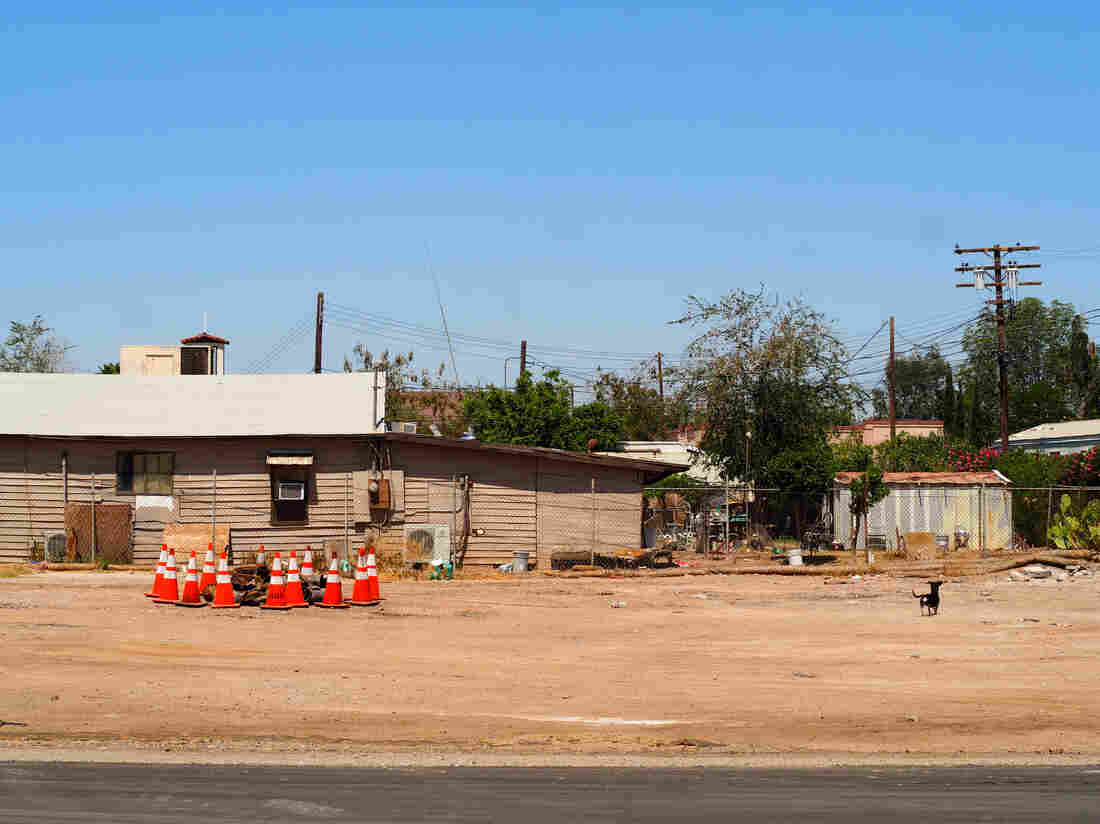 Heber is a place that has missed out on the current jobs boom. Jim Zarroli/NPR hide caption 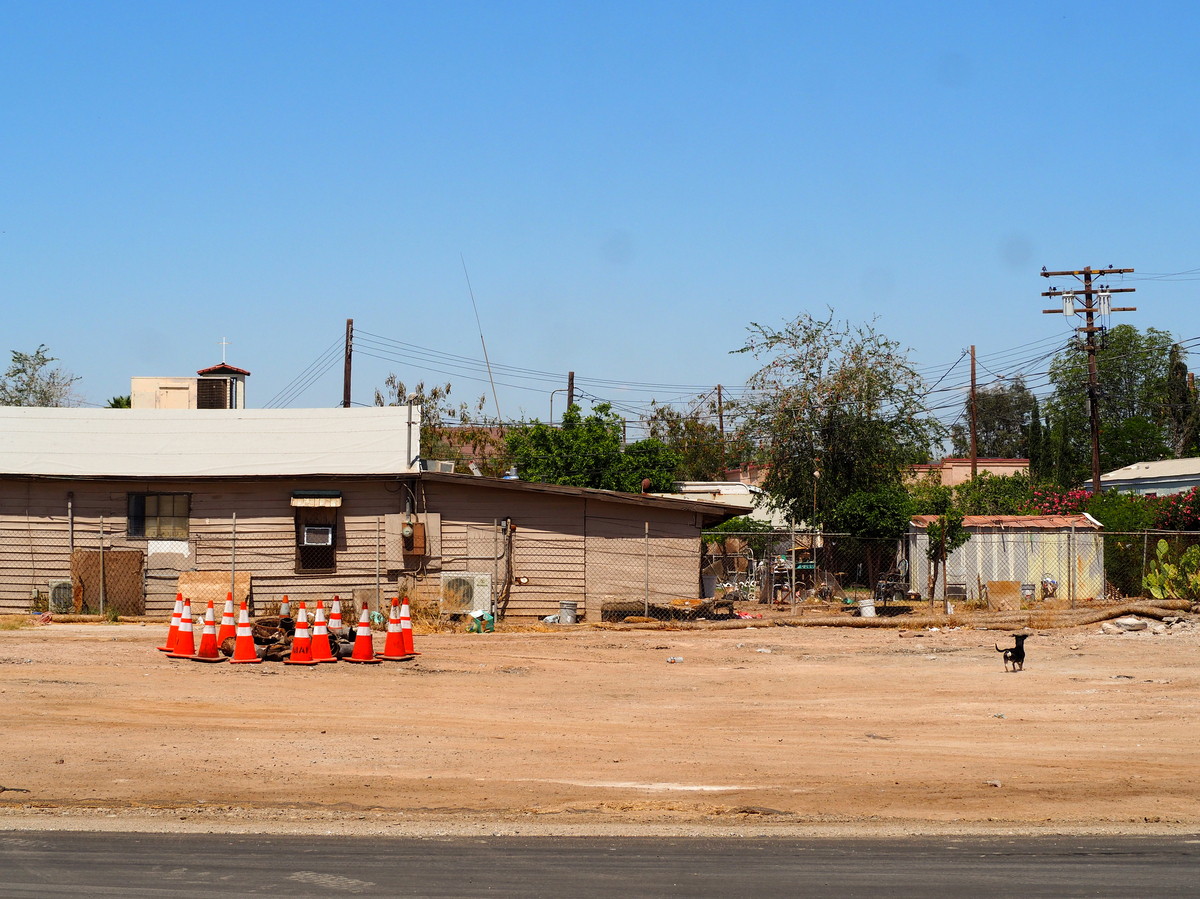 Heber is a place that has missed out on the current jobs boom.

For people like 57-year-old Graciela Panduro, who lost a job at Walmart two years ago because of poor circulation in her legs, good jobs can be hard to find. "I'm applying everywhere and they always say, 'Leave us the application over here and we'll call you.' But no calls," Panduro says. She and her adult son — also unemployed — live off the money her husband makes as a handyman.

Panduro was standing inside the community center in the little valley town of Heber, where the county has set up a food bank. Outside, a line of people waiting to get in snakes around the parking lot. Many carry umbrellas to protect themselves from the brutal sun overhead.

Some 250 families show up at the center each month to get free food — milk, cheese and meat — distributed by volunteers and paid staff.

Many of the jobs here are agricultural: The Imperial Valley is home to thousands of acres of farms that grow cauliflower, potatoes and spinach and require a large seasonal workforce. Some of the farmworkers live here; many others cross the border from Mexico a few miles away to work every day.

Once they become too old to work in the fields, however, few jobs are available other than retail and fast food. And even those can be hard to get, says Alba Sanchez, who works for the Imperial Valley Food Bank.

The Imperial Valley does have middle class residents, many of whom work in government and law enforcement. U.S. Customs and Border Protection, which patrols 71 miles of the Mexican border nearby, is a big local employer. 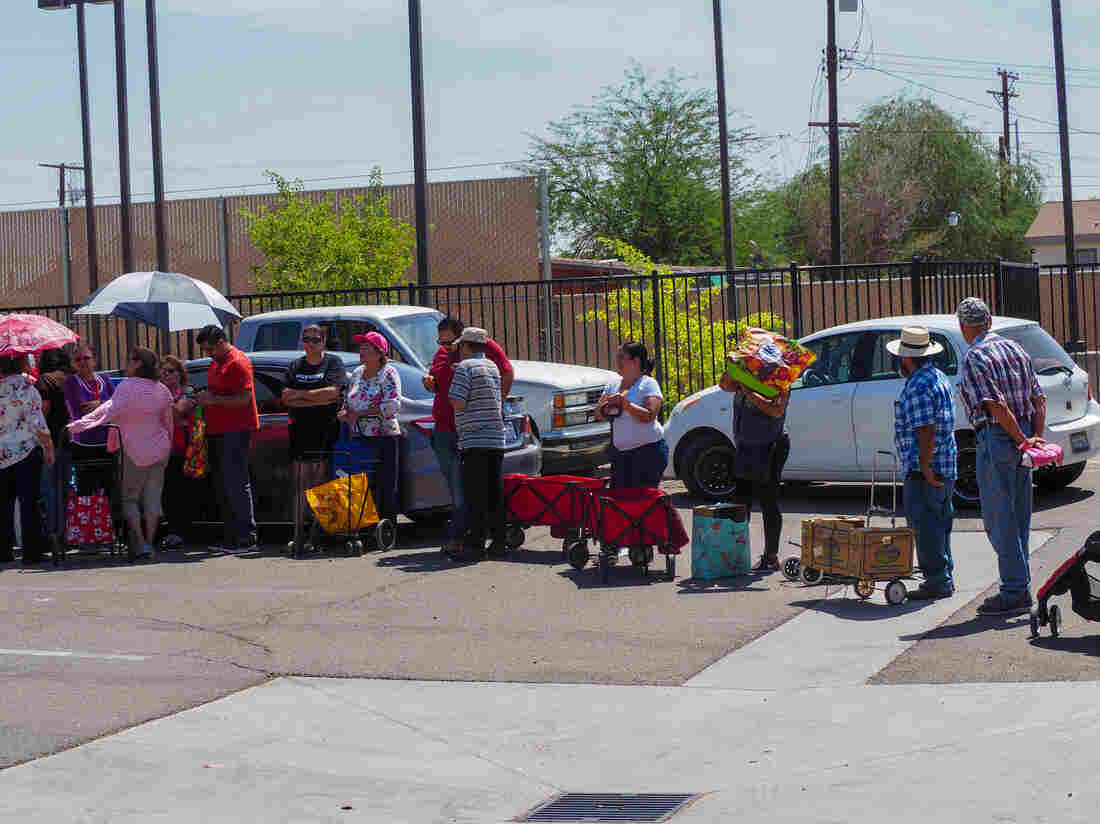 Every month, a food bank is set up at the community center in Heber, and some 250 families line up for free food. Jim Zarroli/NPR hide caption 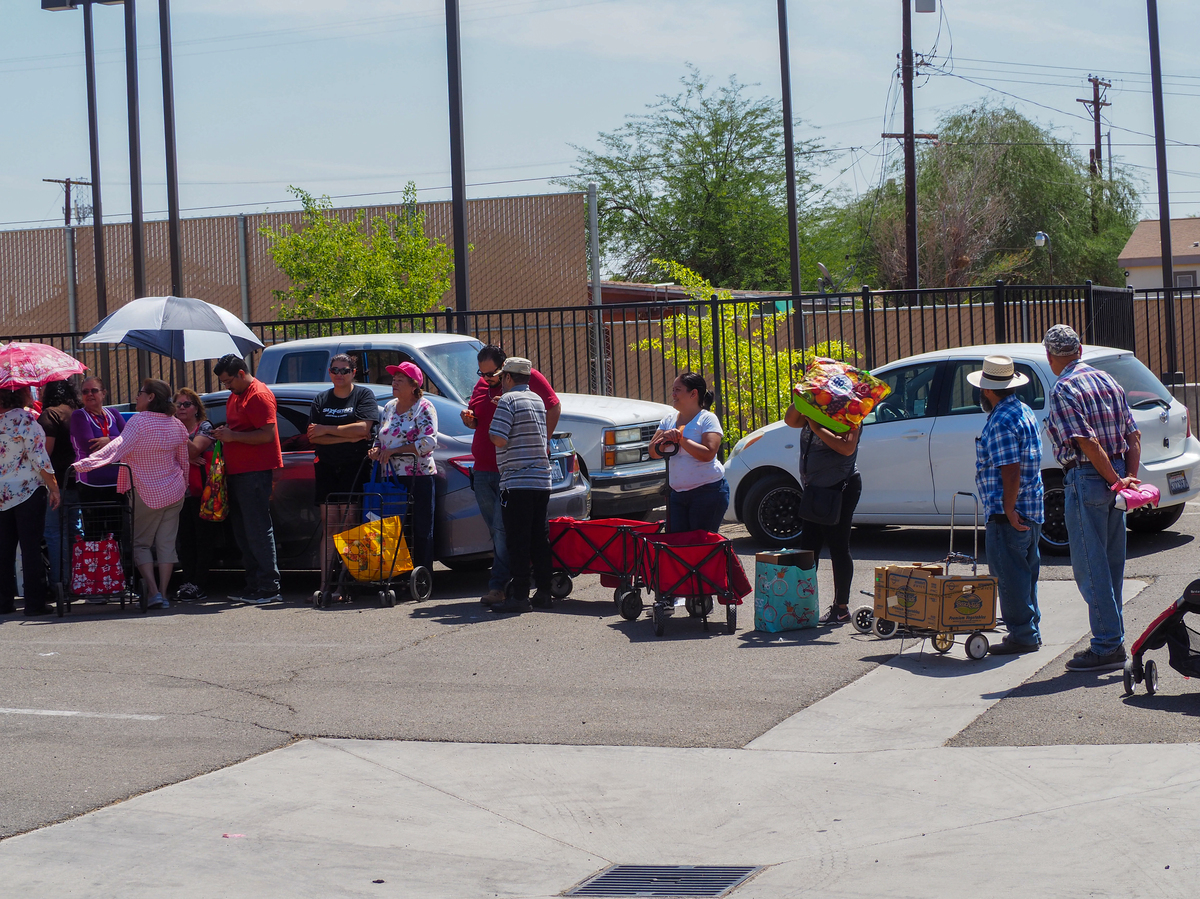 Every month, a food bank is set up at the community center in Heber, and some 250 families line up for free food.

Two state prisons are also located nearby, and the valley was delighted to get them, says El Centro City Council member Cheryl Viegas-Walker.

"When everybody else was saying, 'Not in my backyard,' the whole NIMBY thing, 'Don't dare site those prisons here,' we were like, 'Please. Bring them here. Bring the jobs here,' " she says.

Viegas-Walker herself came to El Centro as a young woman after her husband took a job at a local law firm. At first, she was less than thrilled to live in the valley. Today, she says she has become its biggest cheerleader.

She likes the small town feel of the city, the fact that she can drive to work in six minutes. Unlike most of California, El Centro is also affordable: A nice house on a palm tree-lined street in the better part of town can be had for about $200,000.

Like Viegas-Walker, many local officials argue that the unemployment rate is lower than the Labor Department claims and is skewed by the large number of seasonal workers in the area, many of them coming from the much larger city of Mexicali, Mexico, next door.

City officials also say their efforts to lure new businesses have been hurt by California's comparatively high minimum wage, which they say has driven some jobs into Arizona and even Mexico.

But no one disputes that there aren't enough good jobs.

"It's one thing to have a job. It's another thing to have a job that pays a [good] wage and has some upward mobility, and certainly that's where [the Imperial Valley] economy continues to fall short," says Mike Bracken, chief economist at Development Management Group, which advises local businesses and communities on development.

Viegas-Walker acknowledges that people with college degrees tend to leave El Centro for greener pastures. She knows that firsthand: Her own two grown sons now live in Oregon and New York.

"We do have a brain drain. I mean, my two sons will not return to the valley. They won't come back," Viegas-Walker says.

Many of those who remain have few options for work. In the United States, the poverty rate was 12.3% in 2017. In El Centro, it was more than twice that.

"Our economy is not diversified. It's a very narrow economy. It's either farm or government or teaching or low-income, with a few other exceptions," says Sara Griffen, executive director of the Imperial Valley Food Bank.

A few years ago, Jessica Solorio, who grew up in El Centro, noticed a growing number of homeless people gathering in a local park. She decided to cook up a meal of chicken teriyaki and rice and take it to them. It soon became a regular thing. 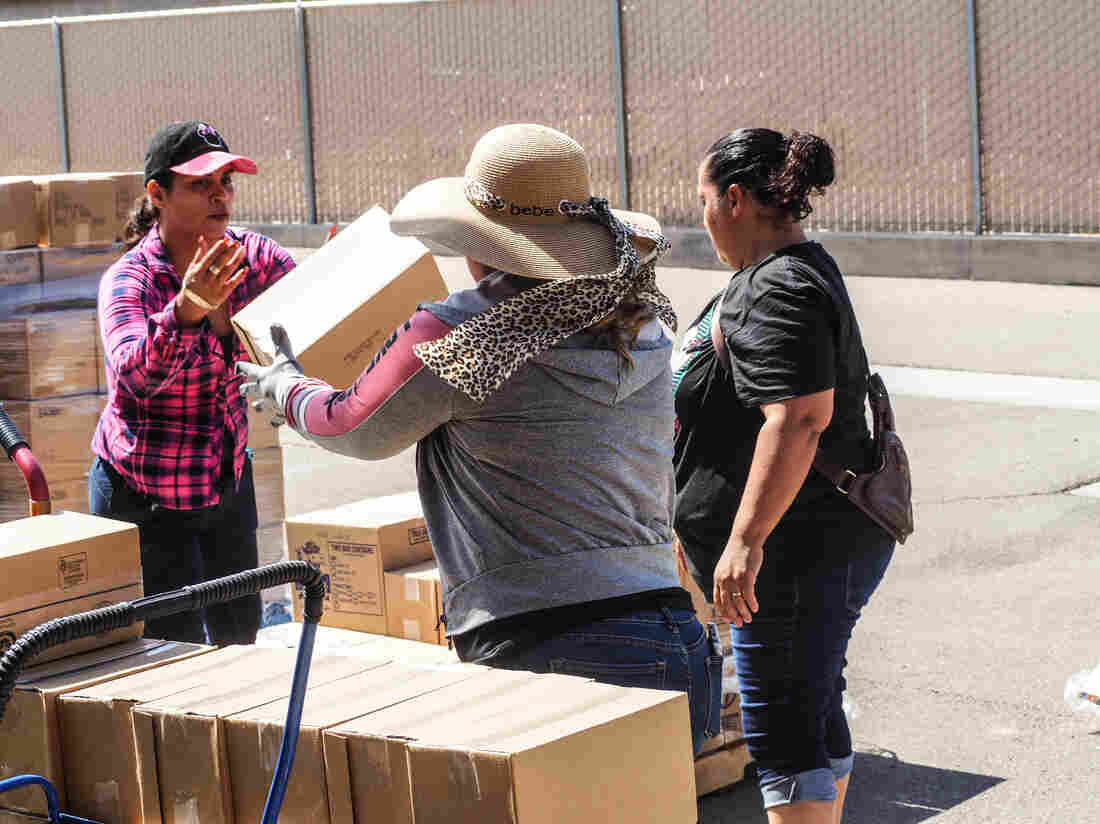 Volunteers and paid staff unload boxes of cheese, bread and rice for needy people in Heber, many of them elderly. Jim Zarroli/NPR hide caption 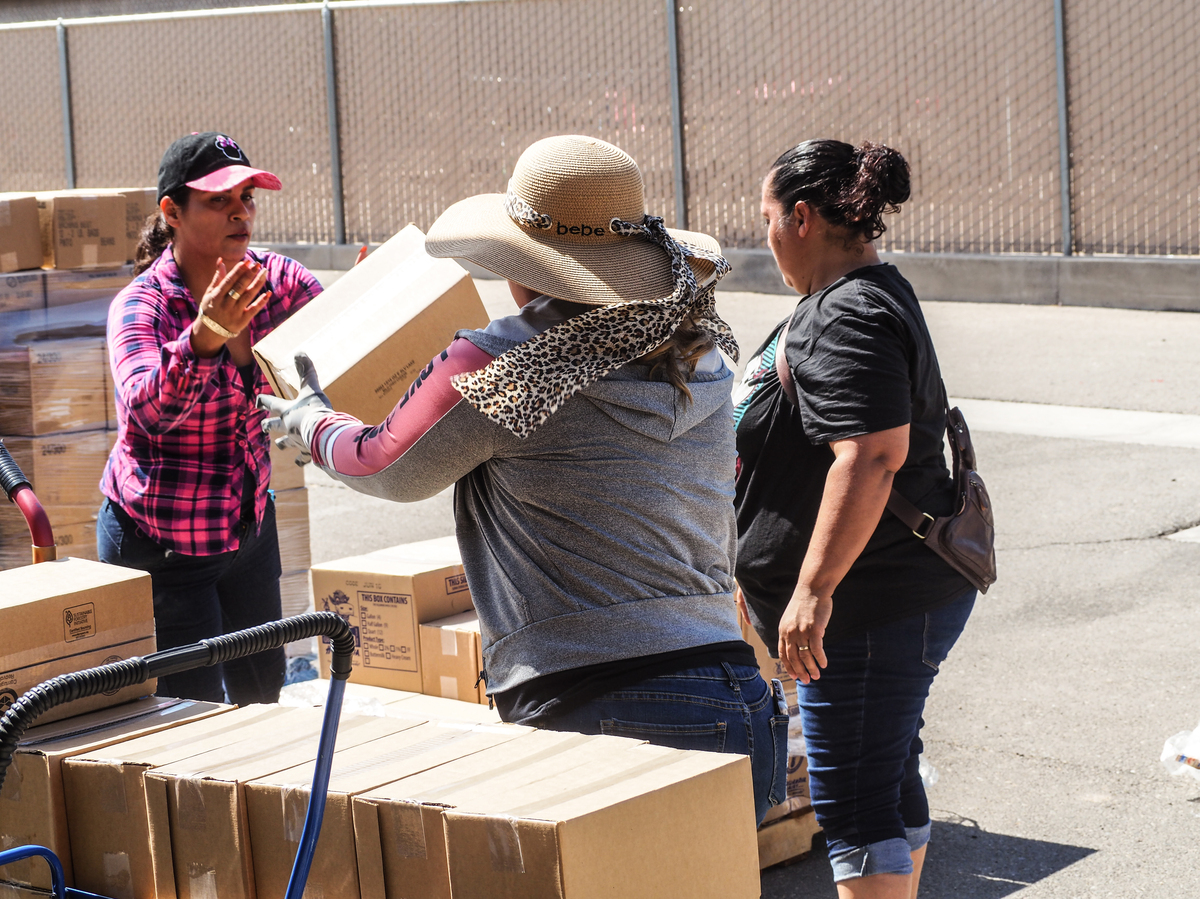 Volunteers and paid staff unload boxes of cheese, bread and rice for needy people in Heber, many of them elderly.

"Me and my friend fed the homeless one night, and we posted on Facebook, then we asked who was going to take the next night. And from there we've just been feeding the homeless every night," she says.

Today she heads Spread the Love, a drop-in center where homeless people can spend their afternoons sleeping on cots or just sitting in the air conditioning.

Among those stopping by is Henry Lee Poston, who says he has spent much of his life in prison or on the streets. Raised in Oklahoma, he's never gotten used to the heat in the valley. It makes being homeless that much harder. 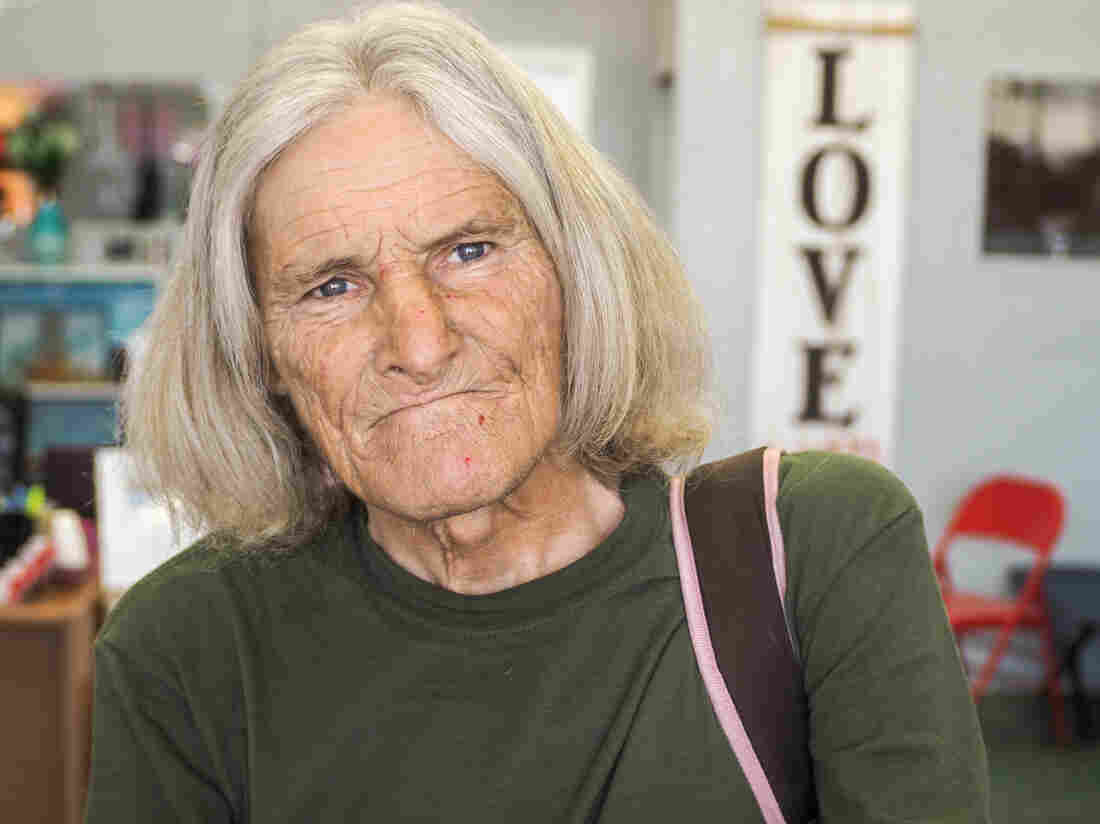 Henry Lee Poston says the intense heat is one of the worst things about being homeless in the Imperial Valley. Jim Zarroli/NPR hide caption 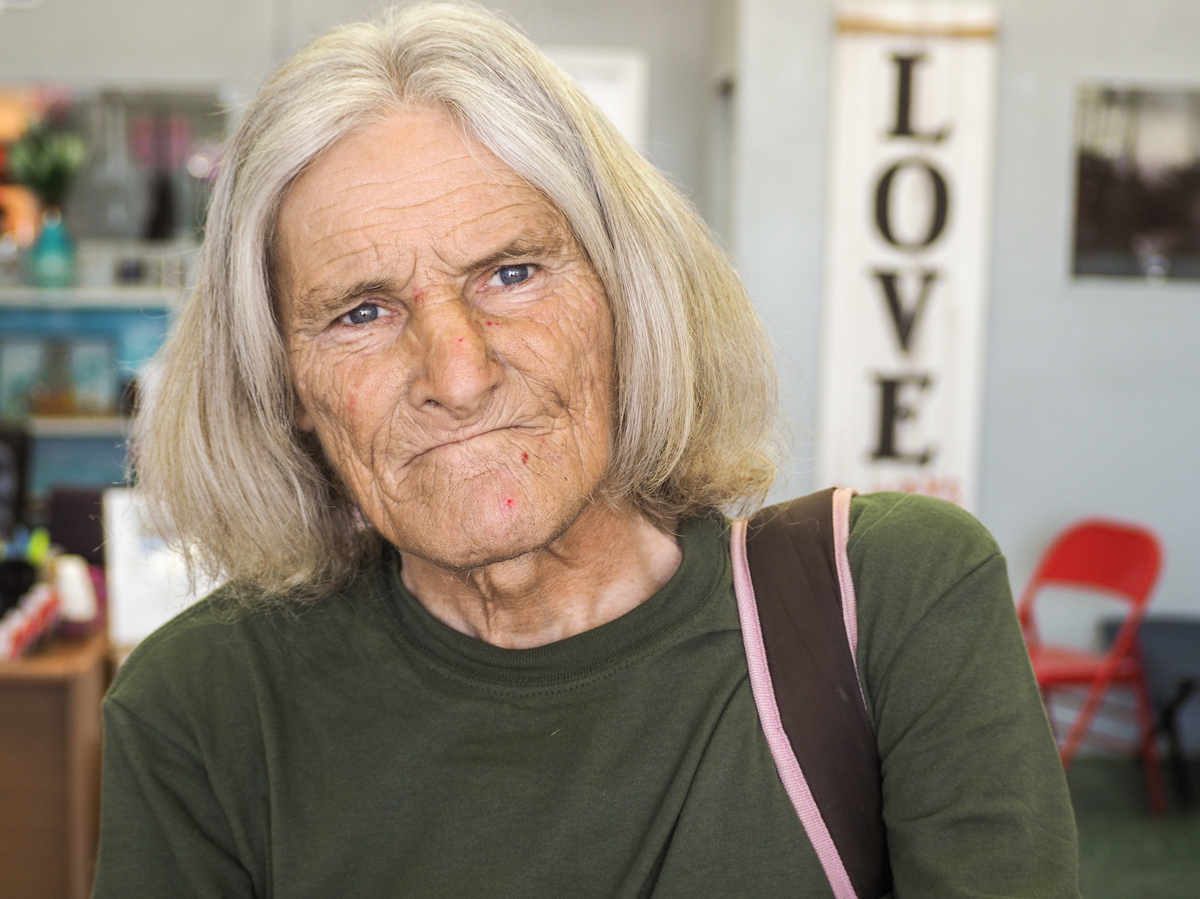 Henry Lee Poston says the intense heat is one of the worst things about being homeless in the Imperial Valley.

"One thing is it's too dang hot here," says Poston. "I have blackouts because of the heat. And there's nothing I can do about it."

Poston has been looking for work in the valley for a long time with no success.

If he ever does get a job, he has one goal: To leave the valley and return home to Oklahoma.