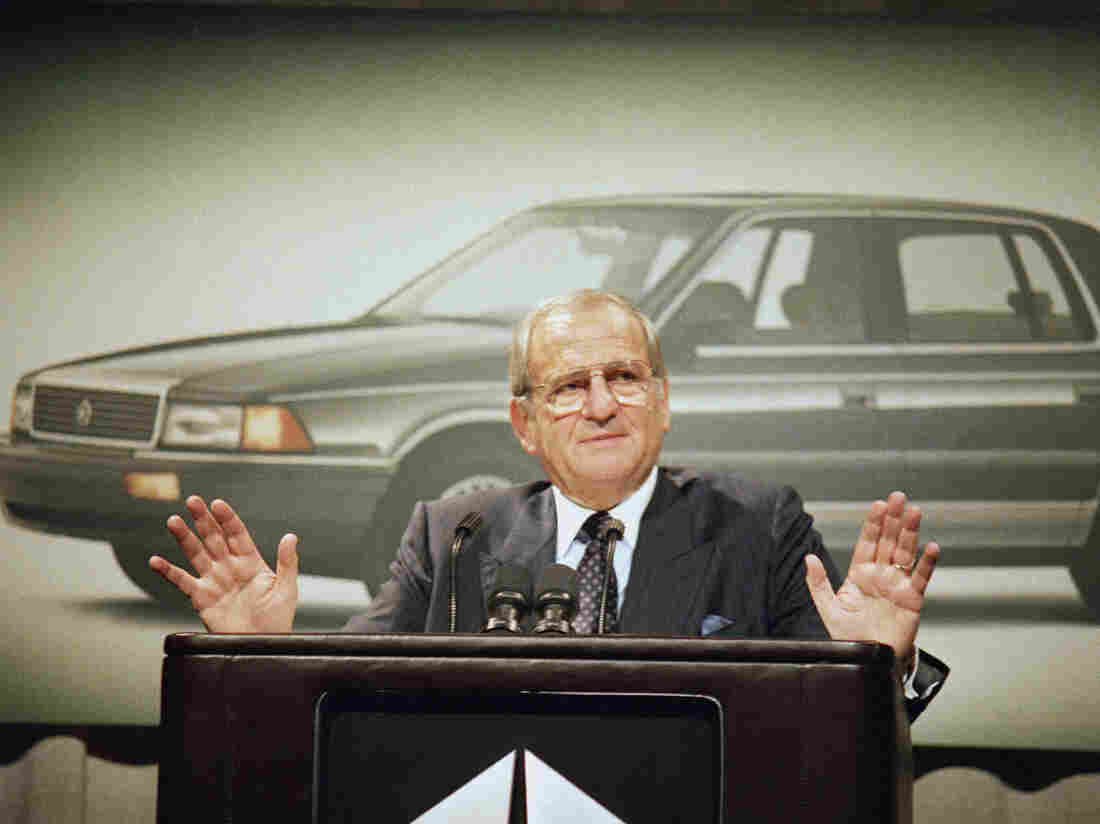 Lee Iacocca, pictured in February 1989, died Tuesday at the age of 94. Under his leadership he brought Chrysler back from the brink of bankruptcy. He is also considered the father of the Mustang, which he helped develop during his stint at Ford. Mario Cabrera/AP hide caption 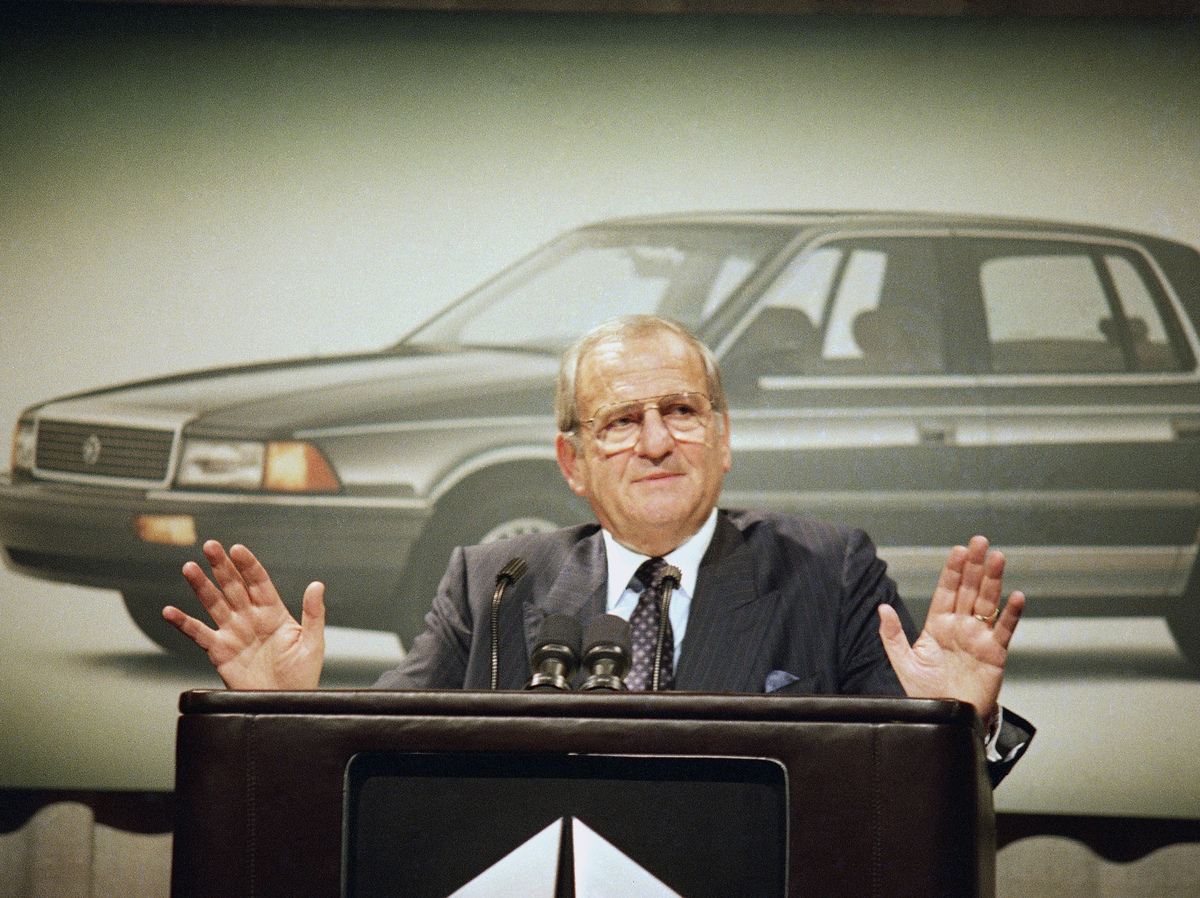 Lee Iacocca, pictured in February 1989, died Tuesday at the age of 94. Under his leadership he brought Chrysler back from the brink of bankruptcy. He is also considered the father of the Mustang, which he helped develop during his stint at Ford.

Lee Iacocca, one of the best known auto executives, died Tuesday. He was 94.

Iacocca was a top executive at two of America's largest car companies — Ford and Chrysler. His career spanned decades and several generations. He was known for developing the Mustang and bringing the minivan to scores of American family garages, as well as orchestrating a remarkable turnaround at Chrysler.

His daughter Lia Iacocca Assad confirmed his death to NPR in a phone call.

"He passed peacefully at his home in Bel Air," she said, adding that he had suffered from complications related to Parkinson's disease.

Iacocca, who was the son of Italian immigrants and changed his name from Lido, was a natural born salesman. He first joined Ford Motor Co. in 1946 and rose rapidly through the ranks, helping to make the Mustang an instant icon after its debut in 1964. He eventually became president of Ford until conflict with the company's chairman, Henry Ford Jr., pushed him out in 1978.

That same year, Iacocca moved to Chrysler and took over as CEO a year later. He cut costs aggressively and secured a $1.5 billion government loan after the company suffered from back-to-back recessions. Under his leadership, the company repaid the 10-year loan in just three years, bringing it back from near-bankruptcy in the early 1980s and taking Chrysler to record profits.

Then he helped create a new American icon — the minivan. The wagonesque vehicle became an instant symbol of middle class American families.

In a 2007 interview with NPR, Iacocca touched on the minivan phenomenon saying, "Minivans were different."

"That was a lifestyle change with the baby boomers coming of age," he explained. "They all got their driver's licenses when they were 16 with the Mustang crowd. And now they had kids and grandkids. Our minivan has been a cash cow for Chrysler, I mean in the billions."

During the 1980s, Iacocca became a celebrity CEO starring in a series of Chrysler ads wearing a three-piece suit and strolling through a manufacturing plant or a cavernous showroom. In some, he would promise to pay prospective buyers $50 just for test driving a vehicle. In others, he would end with a challenge: "If you can find a better car, buy it."

In 1984, he wrote a blockbuster autobiography in which he included insights about his career in the auto industry.

Fiat Chrysler Automobiles said in a statement it was saddened by the news of his passing, calling Iacocca "one of the great leaders or our company and the auto industry as a whole."

"He played a historic role in steering Chrysler through crisis and making it a true competitive force," FCA said in a statement. "He also played a profound and tireless role on the national stage as a business statesman and philanthropist."

Iacocca is survived by two daughters and eight grandchildren.