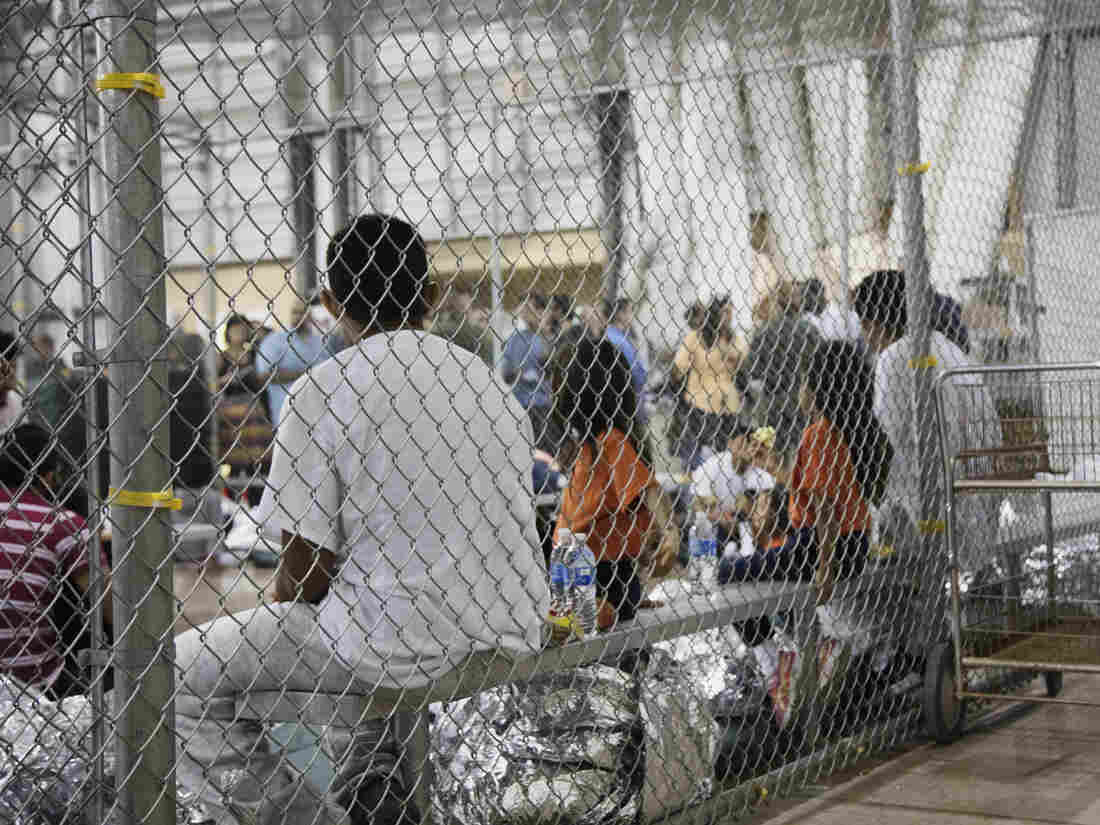 Migrants taken into custody related to cases of illegal entry into the United States sit in a facility in McAllen, Texas, in June 2018. On Tuesday, a federal judge ruled that asylum-seeking migrants can't be denied bond and held indefinitely. U.S. Customs and Border Protection's Rio Grande Valley Sector via AP hide caption 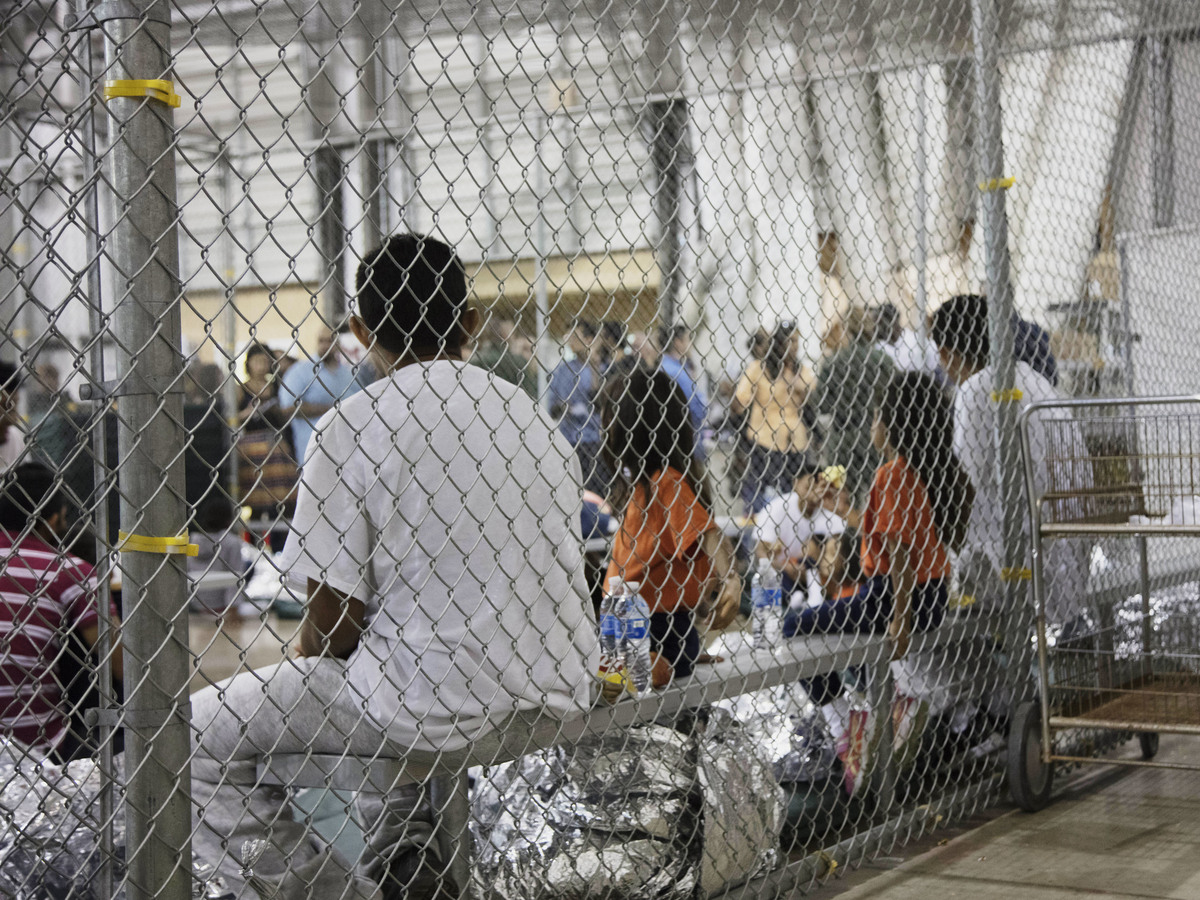 Migrants taken into custody related to cases of illegal entry into the United States sit in a facility in McAllen, Texas, in June 2018. On Tuesday, a federal judge ruled that asylum-seeking migrants can't be denied bond and held indefinitely.

A federal judge in Seattle ruled Tuesday that asylum-seeking migrants detained for being in the U.S. illegally have the right to a bond hearing in immigration court rather than being held until their cases are complete.

The decision reverses an April directive from Attorney General William Barr ordering immigration judges not to release migrants on bail after an applicant successfully establishes "a credible fear of persecution or torture" in the home country — a policy that has been in place since 2005.

"The court finds that plaintiffs have established a constitutionally-protected interest in their liberty, a right to due process, which includes a hearing before a neutral decision maker to assess the necessity of their detention and a likelihood of success on the merits of that issue," Pechman wrote.

In her ruling, Pechman also took issue with an aspect of Barr's policy that left open the possibility that migrants, still awaiting a hearing, could be re-detained by ICE after being released on bond.

"The Government's unwillingness to unconditionally assert that Plaintiffs will not be re-detained means that the specter of re-detention looms and these Plaintiffs and many members of their class face the real and imminent threat of bondless and indefinite detention ...," she said.

In response to the ruling, the office of the White House press secretary said in a statement Wednesday morning, "Yesterday, a single, unelected district judge in Seattle issued an injunction that prevents the government from ensuring the detention of those aliens who cross the border unlawfully until the completion of their immigration court proceedings."

It added: "The district court's injunction is at war with the rule of law. The decision only incentivizes smugglers and traffickers, which will lead to the further overwhelming of our immigration system by illegal aliens. No single district judge has legitimate authority to impose his or her open borders views on the country."

Pechman's decision comes amid a widespread shortage of immigration judges that has caused massive delays in processing hearings. The most recent data available from The Transactional Records Access Clearinghouse show a total of 424 judges nationwide face a backlog of 892,517 cases on the courts' active dockets as of the end of April.

"The three largest immigration courts were so under-resourced that hearing dates were being scheduled as far out as August 2023 in New York City, October 2022 in Los Angeles, and April 2022 in San Francisco," TRAC reports.

Pechman also modified a preliminary injunction issued earlier this year. The new injunction requires the government to ensure bond hearings are held within seven days after they are requested by eligible asylum-seekers. If the government exceeds that limit, the undocumented immigrant must be released.

Immigrant rights advocates, including the American Civil Liberties Union and the Northwest Immigrant Rights Project, sued to block the policy, which was set to take effect this month.

In a statement, Matt Adams, legal director of Northwest Immigrant Rights Project, said: "The court reaffirmed what has been settled for decades: that asylum seekers who enter this country have a right to be free from arbitrary detention."

Michael Tan, senior staff attorney for the ACLU's Immigrants' Rights Project, added: "Try as it may, the administration cannot circumvent the Constitution in its effort to deter and punish asylum-seekers applying for protection."

The Department of Justice is expected to appeal the ruling quickly.