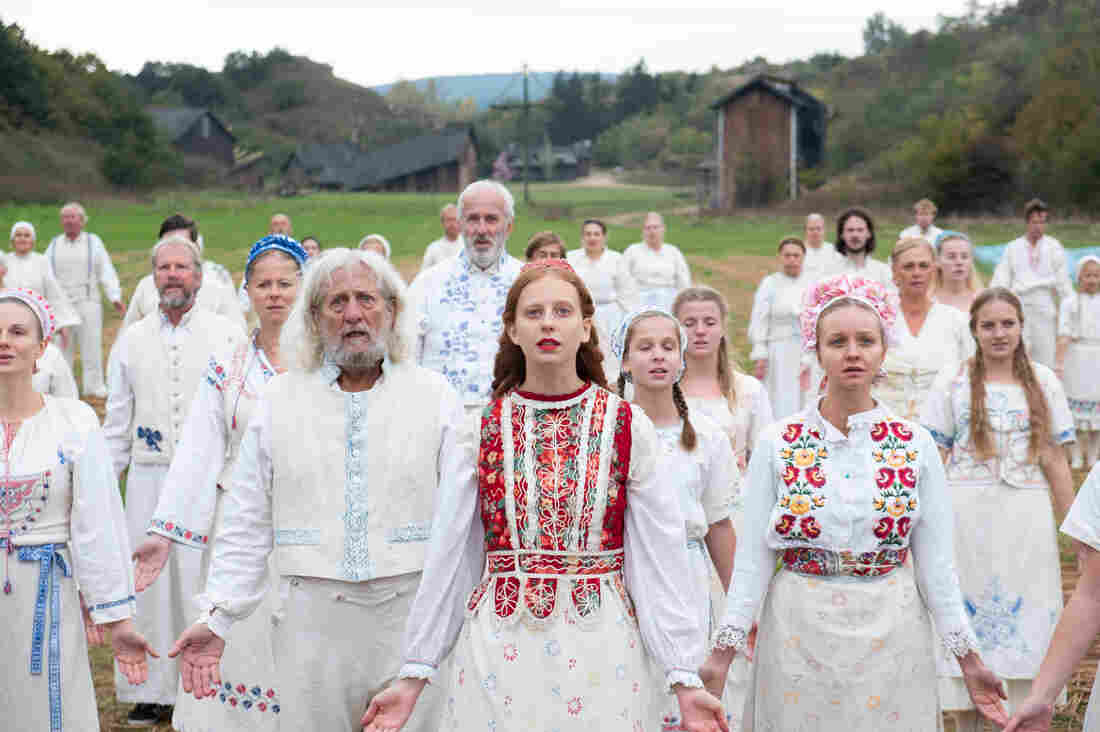 Loss, grief and emotional neglect all play a role in Midsommar â a haunting thriller about an American couple attending a mysterious festival in the Swedish countryside. Csaba Aknay/A24 hide caption 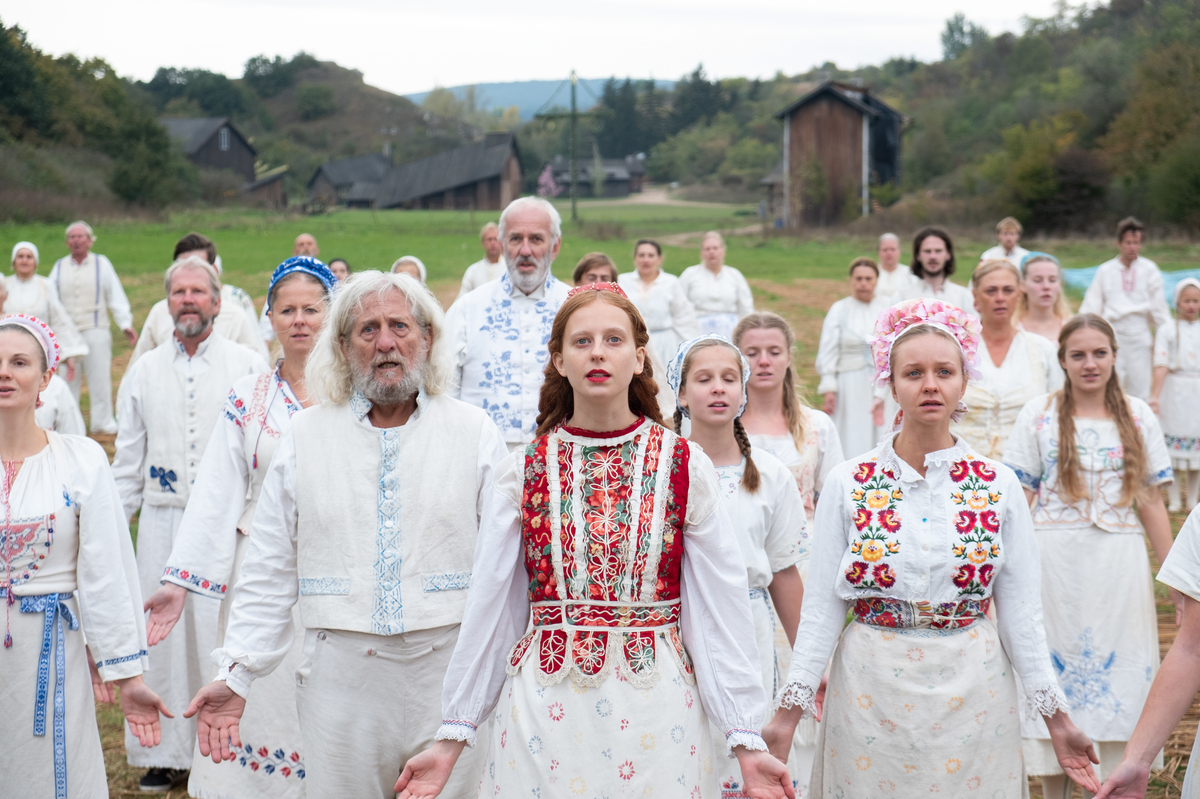 Loss, grief and emotional neglect all play a role in Midsommar â a haunting thriller about an American couple attending a mysterious festival in the Swedish countryside.

In the viscerally unnerving films of Ari Aster, there's nothing more horrific than the reality of human grief. His haunted-house thriller, Hereditary, followed a family rocked by traumas so devastating that the eventual scenes of devil-worshipping naked boogeymen almost came as a relief. Aster's new movie, Midsommar, doesn't pack quite as terrifying a knockout punch, but it casts its own weirdly hypnotic spell. This is a slow-burning and deeply absorbing piece of filmmaking, full of strikingly beautiful images and driven less by shocks than ideas. It's not interested in frightening you so much as seeping into your nervous system.

And like Hereditary, Midsommar is very much rooted in loss. It begins with a young American woman named Dani, played by the great English actress Florence Pugh, panicking over a family emergency that moves swiftly toward its worst possible outcome. As she tries to pick up the broken pieces of her life, Dani seeks solace from her boyfriend, Christian, and is surprised to learn that he's about to go on a trip with some of his grad-school buddies. They're headed to a remote Swedish commune that is holding a nine-day festival to observe the summer solstice. Dani presses him about why he didn't tell her earlier, and an argument ensues.

The handsome Irish actor Jack Reynor clues you in to the selfishness beneath Christian's quiet, sensitive-sounding demeanor. Dani doesn't know that he was about to end their four-year relationship before tragedy struck, and he's only staying with her now out of a sense of obligation. Christian reluctantly invites her to join him in Sweden, and she accepts, to the irritation of some of his friends, who don't want his mopey girlfriend along to spoil their fun.

They fly to Sweden and, after a few hours' drive, arrive at a remote, centuries-old village where they are greeted by about 60 men and women wearing white robes embroidered with mysterious symbols. They are known as the Hårga, and they invite their American guests to participate in each day's festivities, which include lavish feasts, silent meditations, exhausting maypole dances and the consumption of various mind-altering drugs. Aster has a gift for dreaming up fictitious subcultures, and he visualizes these ancient customs and artifacts with an almost anthropological attention to detail. The Hårga seem benevolent enough at first, and there's something comforting about their strange rituals and their intimate communion with nature.

But then the mood takes a sinister turn and Dani and Christian's traveling companions start to disappear. The story owes a clear debt to The Wicker Man, Robin Hardy's 1973 horror classic about a pagan fertility cult, but Midsommar is more ambiguous and slower to come into focus. This is a nightmare that unfolds in broad daylight, under a midnight sun that bears down relentlessly on the landscape. The sun could almost be a metaphor for Dani's grief, something ever-present and all-consuming, especially since Christian seems to take so little interest in consoling her.

Aster has said that he was inspired to write Midsommar after the end of a long-term relationship, and that Dani's experience is a fictionalized version of his own. Whatever the real-life details, he's made the ultimate bad-boyfriend movie, a withering portrait of emotional neglect that has nothing nice to say about Christian, his petty-minded friends or, indeed, the state of contemporary American masculinity.

Among other things, Midsommar is a wickedly funny movie about the clash between pagan traditions and the ways of the modern world. One of its more provocative notions is that Dani may in fact be better off with the Hårga, with their seemingly selfless, utopian way of life. Sex and death, a source of so much pain and anxiety in the outside world, are here just part of life's unending cycle.

Midsommar is in no rush to solve its many mysteries. The third act is full of surreal images of revelry and ritual sacrifice, plus a sex scene that's as hilarious as it is appalling. What you remember most is Pugh's quietly mesmerizing performance. Your sympathies are with Dani at every moment, and so are the movie's. Toward the end she fixes the camera with an extraordinary look of terror and exultation, as she beholds the stunning fate that awaits her. Her story may begin in heartbreak and end in madness, but Aster ensures that she gets the last laugh.