Accessibility links
'Mad' Magazine To End Sales On Newsstands, Move To Reruns At MAD magazine's peak in the early 1970s, its circulation peaked at more than 2 million. The magazine will shift to printing collections of old content and end-of-year specials with new material. 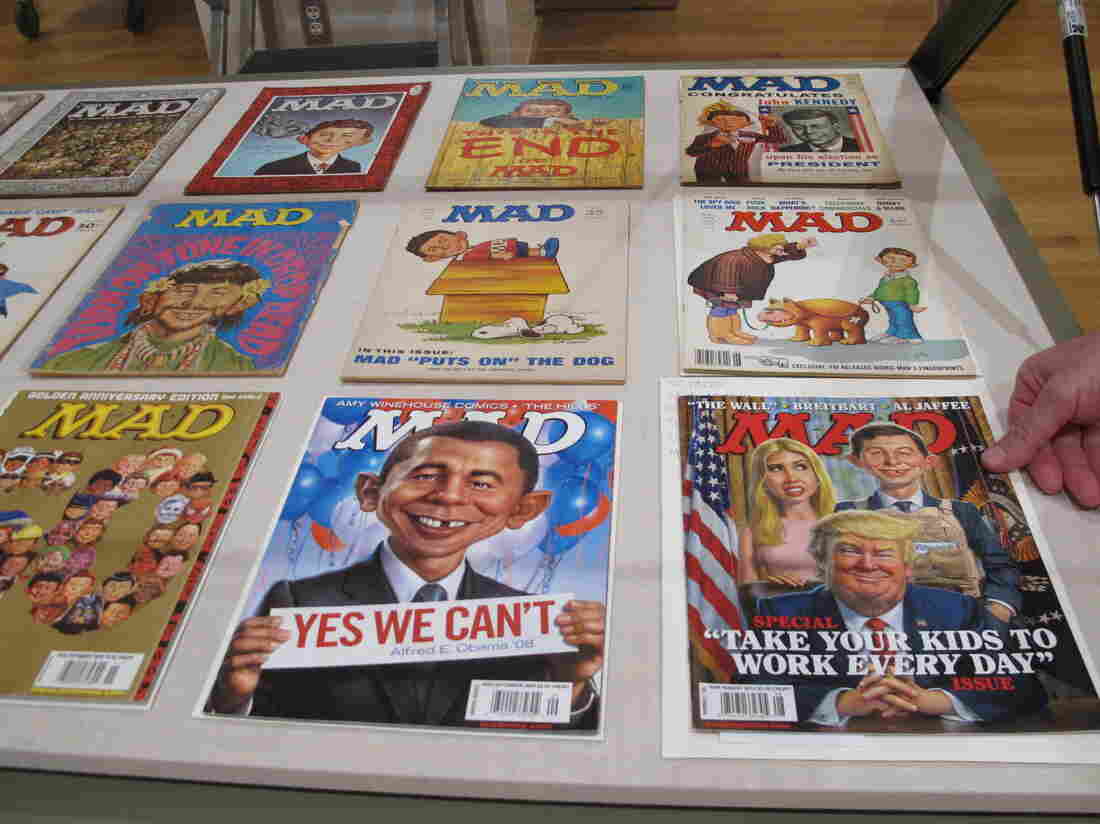 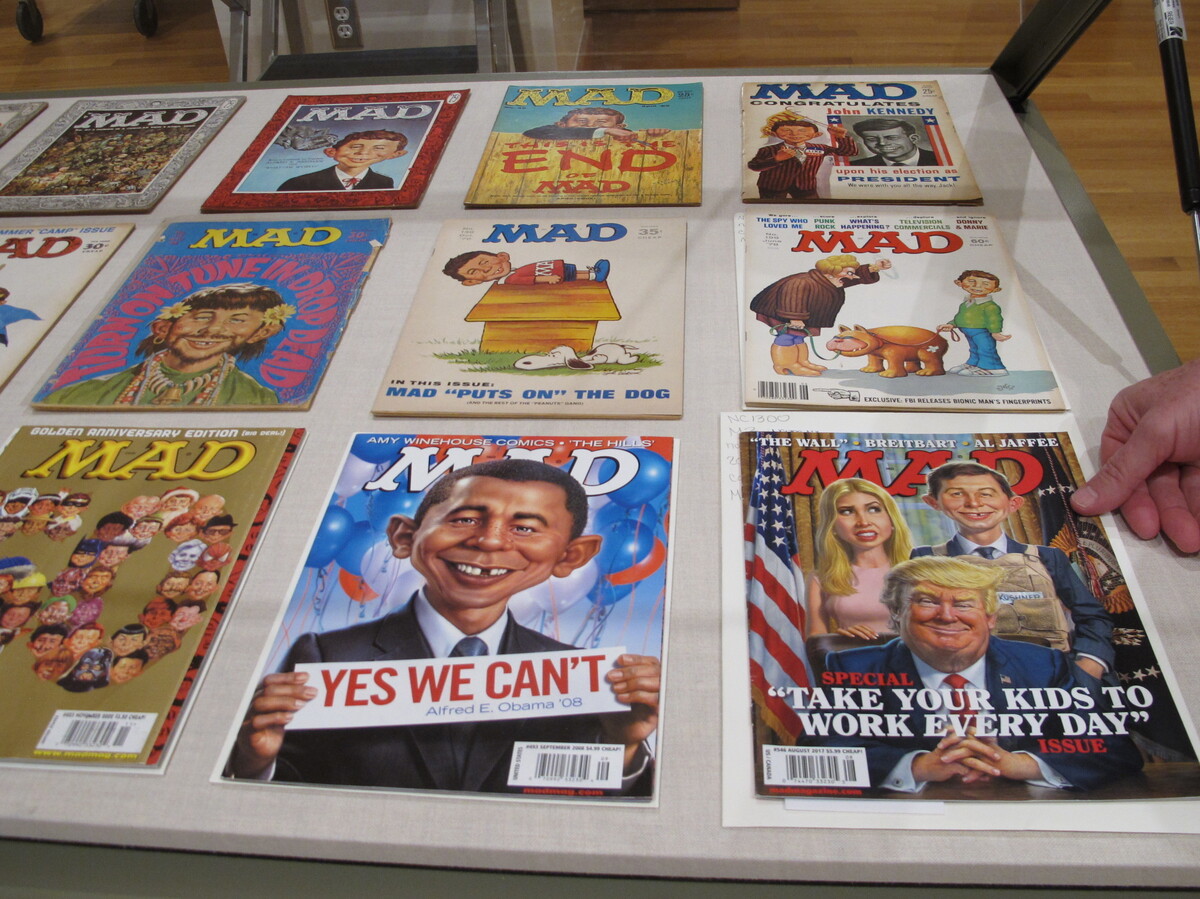 A 2018 exhibit at the Billy Ireland Cartoon Library & Museum at Ohio State University celebrated the artistic legacy of MAD magazine.

The funny, freckled face of Alfred E. Neuman is more or less retiring.

One of the last widely circulated print satirical magazines in America will leave newsstands after this year, according to sources at DC Comics, which publishes MAD magazine.

While the Harvard Lampoon remains in business, The Onion hasn't been in print since 2013. The once-influential Spy was a casualty of the 1990s.

At MAD's peak in the early 1970s, its circulation was more than 2 million. People read it for both its pungent political humor and its deeply adolescent jokes.

MAD isn't completely shutting down, but it will be radically downsized and changed.

Readers will only be able to find the 67-year-old humor magazine at comic book stores and through subscriptions.

After issue No. 10 this fall, there will no longer be new content, except for end-of-year specials, which will be all new. Starting with issue No. 11, the magazine will feature classic, best-of and nostalgic content, repackaged with new covers.

In a previous version of this story, we incorrectly said that at MAD's peak more than 2 million people subscribed to it. That number was actually its circulation, which includes newsstand sales.