Accessibility links
StoryCorps: Somali Refugee Family Reflects On Making A Life In The U.S. Aden Batar directs a refugee resettlement program in Utah. It is the same organization that helped resettle his family 25 years ago, when they fled a harrowing civil war in Somalia. 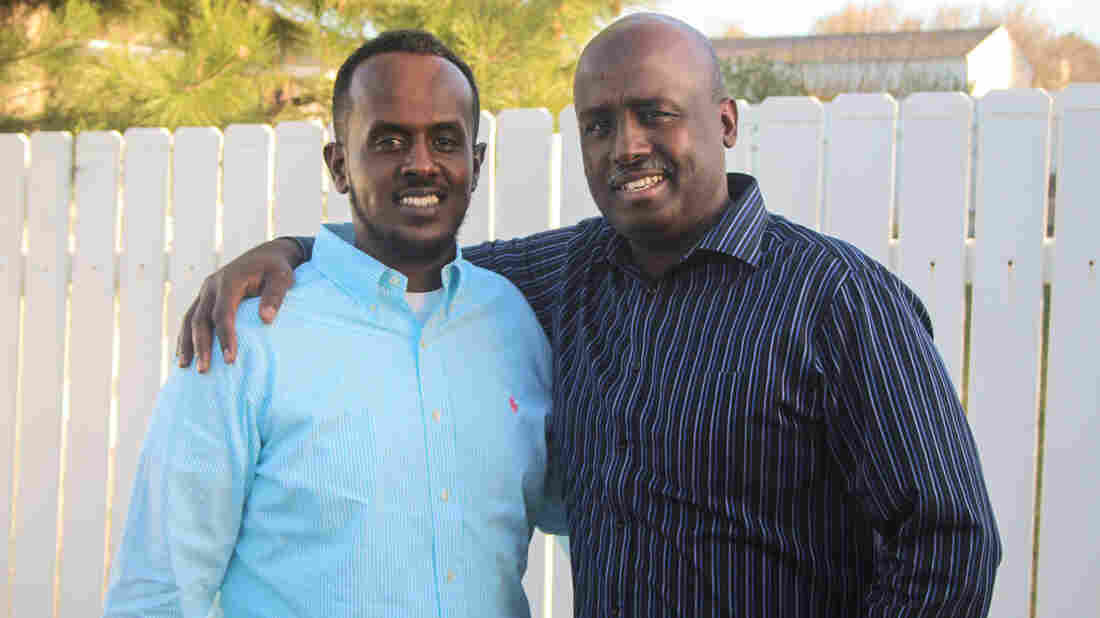 Jamal Batar and his father, Aden, at StoryCorps in West Valley City, Utah, in March 2017. The Batar family fled the civil war in Somalia for the United States in 1994. Mia Warren/StoryCorps hide caption 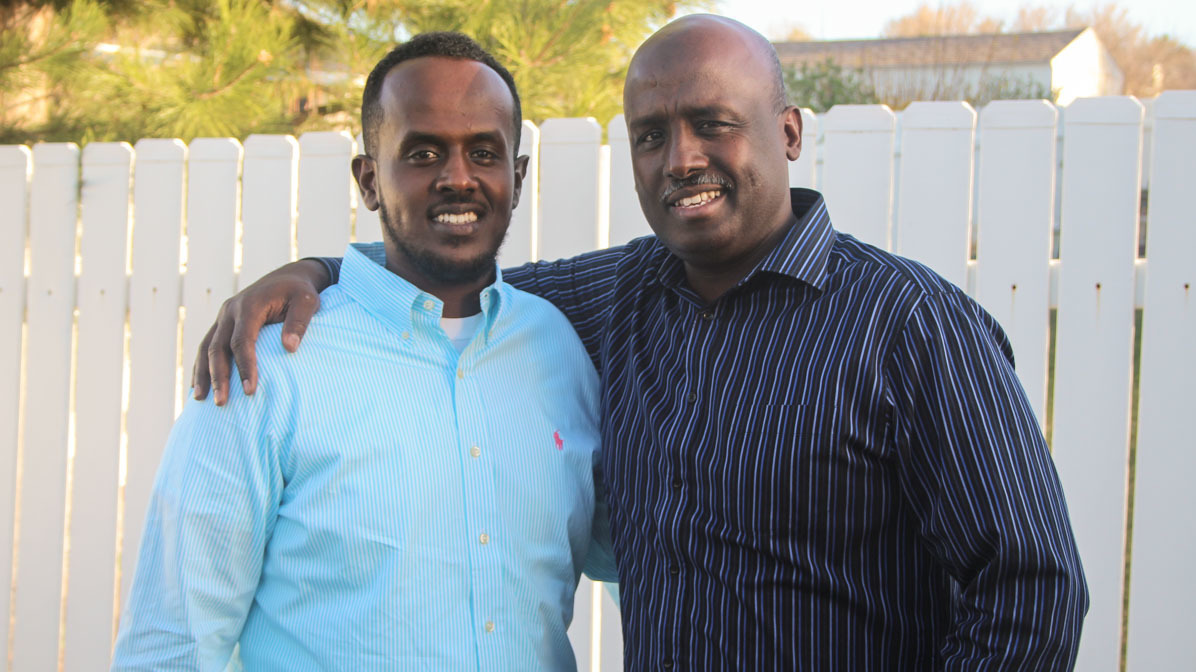 Jamal Batar and his father, Aden, at StoryCorps in West Valley City, Utah, in March 2017. The Batar family fled the civil war in Somalia for the United States in 1994.

Facing persecution, violence, lack of health care and myriad other barriers to safety, millions of refugees leave home each year seeking a better life in a different country.

As of 2017, more than 2 million Somalis have been displaced, in one of the world's worst refugee crises, according to the United Nations refugee agency.

Aden Batar, 52, was born in Baidoa, Somalia. After civil war broke out in 1990, staying in the country became virtually impossible for his young family.

"We had to flee our home due to heavy artillery fire," Aden says. "For the next two years, my family and I were in hiding, moving from place to place."

Aden's decision to leave Somalia was ultimately influenced by a family tragedy.

His eldest son, Mohamed, suffered injuries from a household accident involving boiled water when he was 2. Because of the war, Aden could not take him to a hospital for treatment. Mohamed died five days later.

Aden decided then to move to the U.S., where he became one of the first Somalis to resettle in the state of Utah.

"I didn't want anyone else to die," he says.

In a StoryCorps conversation with his son Jamal, 27, Aden remembers the difficulty of starting a new life.

"Life was very tough," Aden says. "Some days, I wasn't seeing you and your brother, because when I go to work, it's late in the afternoon, and I come home, you're all sleeping, and then, I'll go to school."

As Aden worked at a factory and studied, his son faced his own difficulties — adjusting to a new country. Jamal was 2 years old when his family arrived in Utah.

"It's always just a juggling act," Jamal says. "At school you're somebody, but then you come home and you're another person, because of those two distinct cultures, two distinct languages."

When America was attacked on Sept. 11, 2001, some of Jamal's classmates looked at him with scorn.

"I can remember — the day 9/11 happened, I was in fifth grade, and somebody threw a milk carton at me [and] said, 'You effing terrorist, what are you doing here?' " Jamal says.

In spite of the xenophobia and racism, the Batar family was determined to make a new life in the U.S.

In 2001, Aden became the director of Immigration and Refugee Resettlement at Catholic Community Services of Utah. It is the same organization that resettled him and his family 25 years ago.

After years of serving the community, Aden hopes to be treated the same as his neighbors.

"I lived in this community close to half of my life," Aden says to Jamal. "You were 2 years old when you came here. So, I want people to look at us as human beings, who went through a lot and survived."

To Aden, his identity is not just that of a refugee.

"We are Americans," he says, "and we're not going anywhere."