Accessibility links
U.N. Adds Babylon To World Heritage Sites The city, condemned in the Bible and a source of black magic in the Quran, has been ravaged by war and neglect. For decades, preservationists have pushed for the site to be restored. 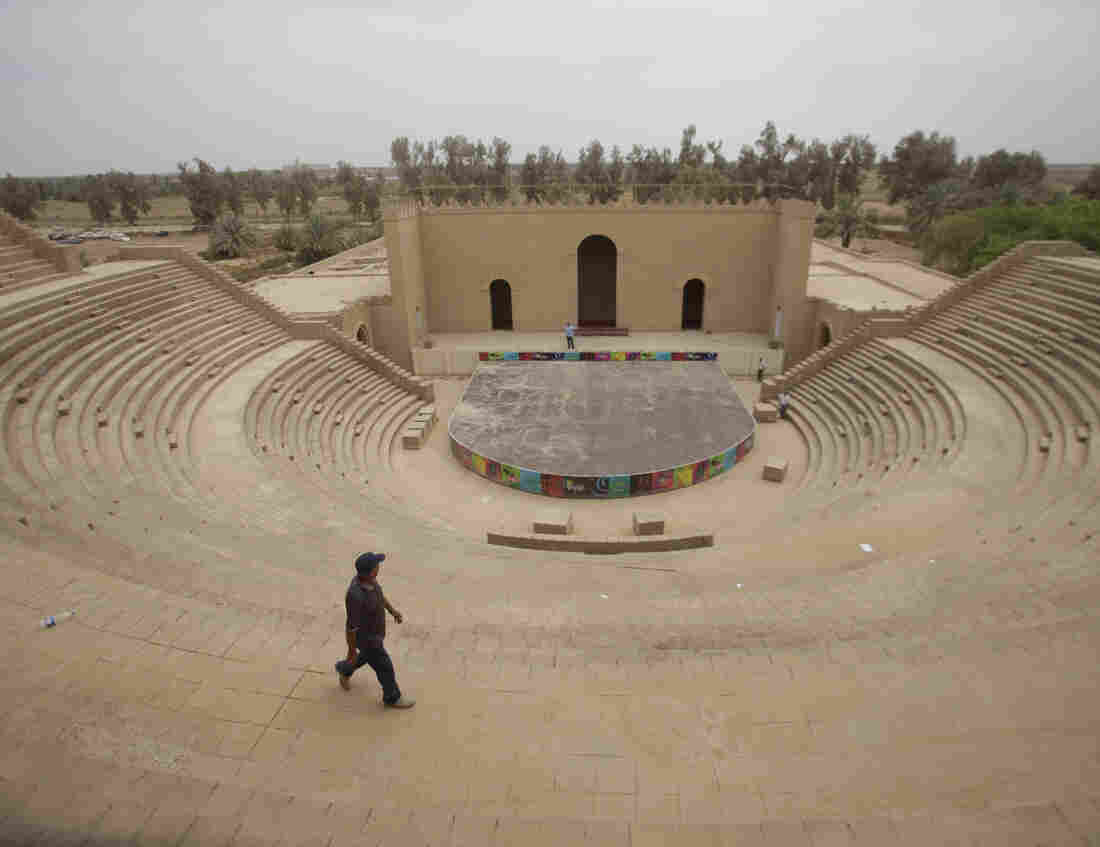 A man walks at the archaeological site of Babylon, Iraq, in 2012. Iraq is celebrating the historic city of Babylon's being named a World Heritage Site by UNESCO's World Heritage Committee. Khalid Mohammed/AP hide caption 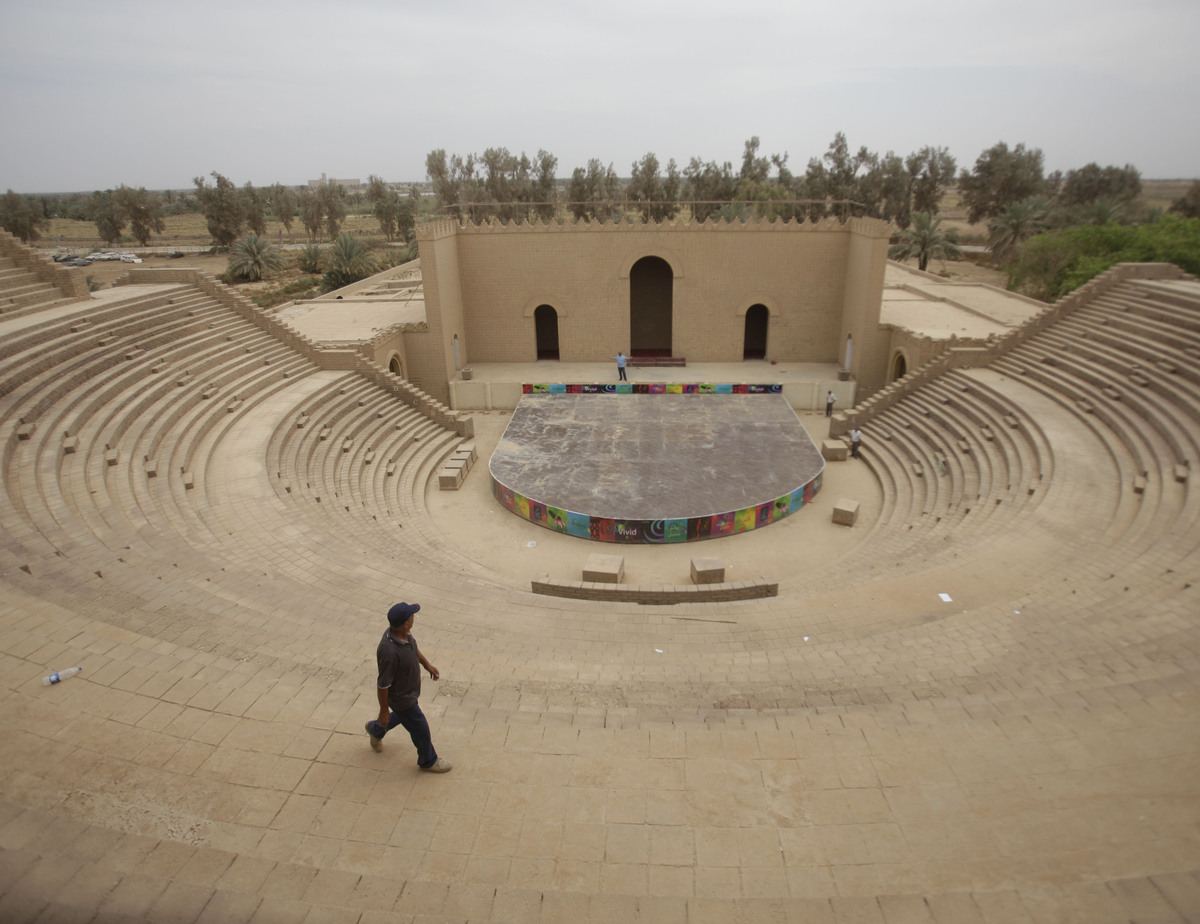 Iraq's ancient heritage has earned a recognition that archaeologists and Middle East experts have long sought: Babylon has been added to the United Nations' list of World Heritage sites.

UNESCO said its World Heritage Committee voted Friday to add Babylon, located south of Baghdad, to its list of about 1,000 World Heritage sites worldwide. The more than 4,000-year-old site was once the capital of the Babylonian Empire.

"It includes villages and agricultural areas surrounding the ancient city. Its remains, outer and inner-city walls, gates, palaces and temples, are a unique testimony to one of the most influential empires of the ancient world," U.N. officials wrote in their announcement, which set off jubilation in Iraq on Friday.

"There were a fair number of people around the entrance of Babylon tonight who just wanted to be near the place. There was a bus full of local government officials who showed up to get their picture at the site," said American conservationist Jeff Allen with The World Monuments Project, speaking from Babylon.

"They're having a bit of a celebration in the streets. People are out and about town, riding in their cars, being happy and glad that they're Iraqi. And that's a wonderful thing that this is doing for them," he said.

Babylon, a city condemned in the Bible and a source of black magic in the Quran, has been ravaged by war and neglect. For decades, preservationists have pushed for the site to be restored.

In the 1920s, the British built a railway through the historic site. Oil and gas lines have also been laid through the area in recent years.

Saddam Hussein attempted to rebuild some of the ruins of Babylon with modern bricks, which was criticized by archaeologists. He even built an immense palace on the ancient site overlooking the Tigris River. After the U.S. invasion of Iraq in 2003, military helicopters landed directly on the site.

UNESCO said in a 2009 report that U.S. troops and contractors in Iraq inflicted extensive damage on Babylon, driving heavy vehicles over sacred paths and bulldozing hilltops on what the U.N. called "unquestionably one of the most important archeological sites in the world."

The site has also been subjected to decades of looting. 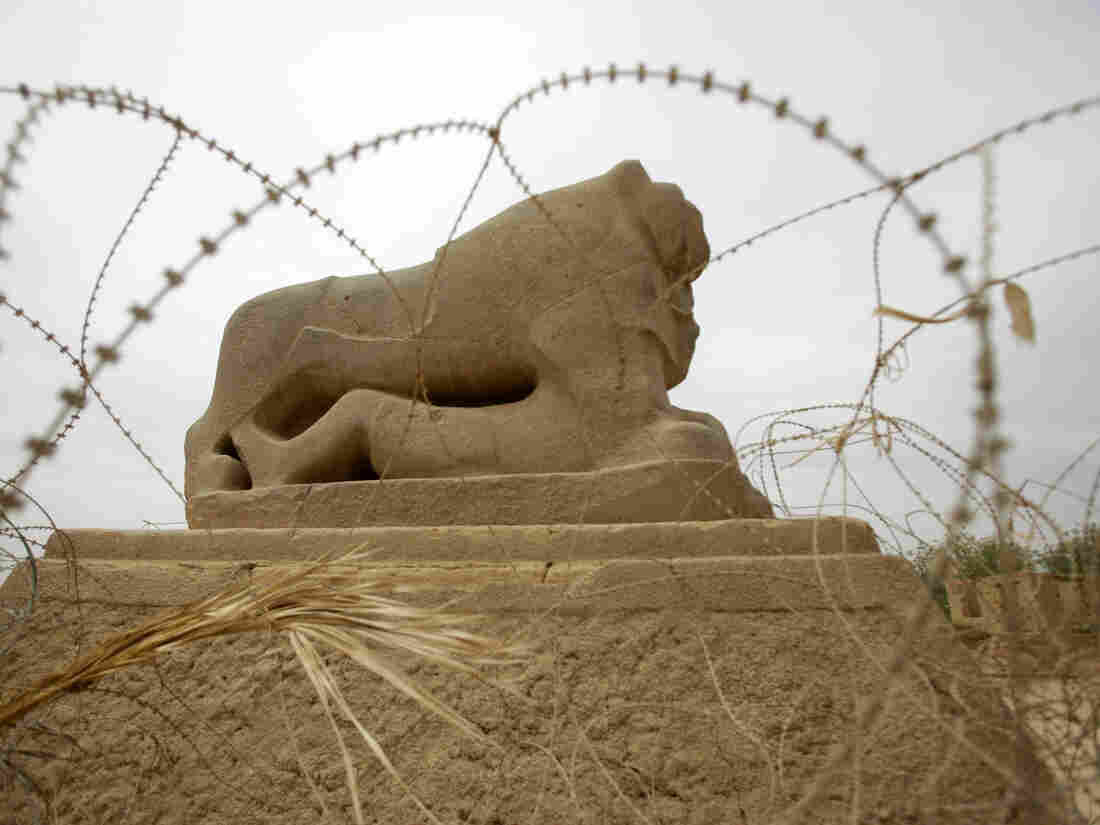 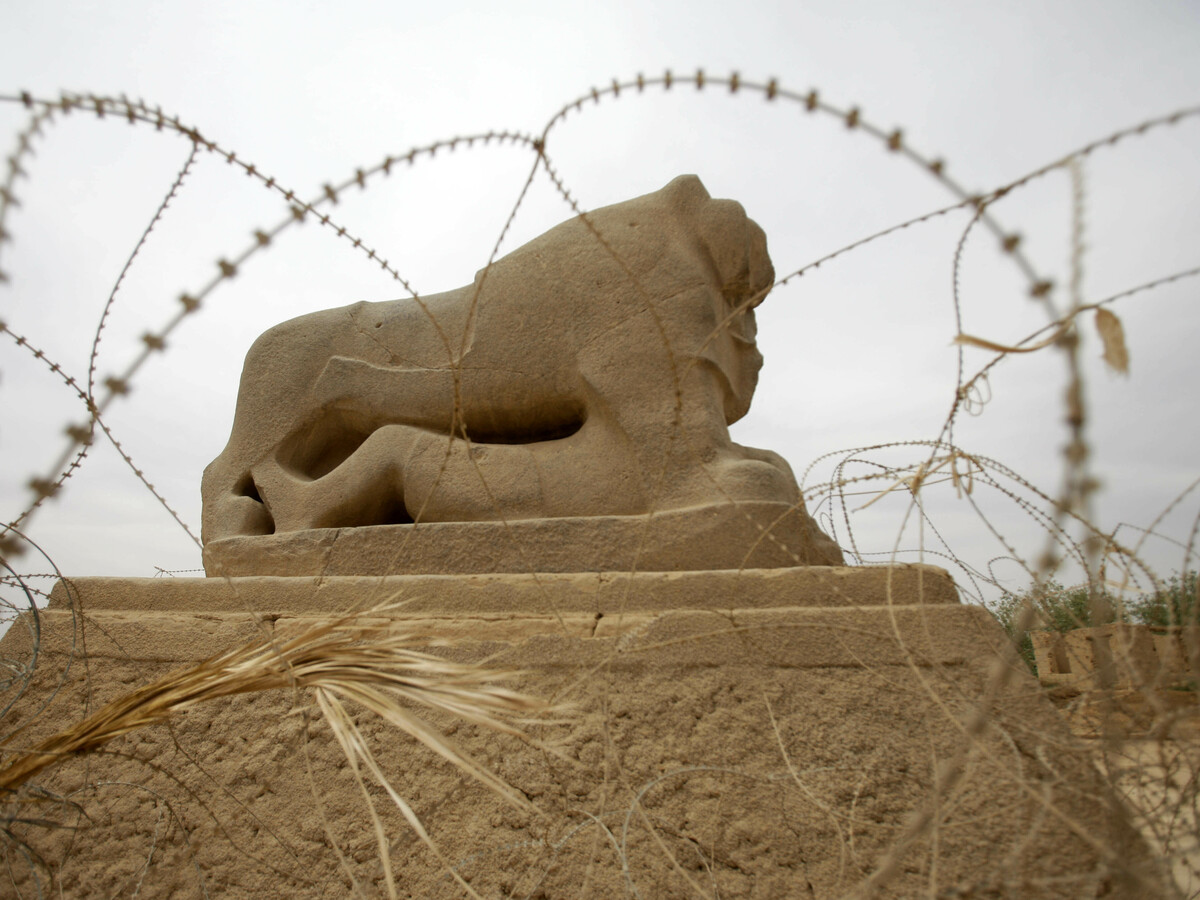 Groups including the World Monuments Fund have been working for over a decade to protect and restore Babylon and its mud-brick ruins, but the fund notes there have been many challenges, including "repairing damage caused by military occupations, assessing effects of twentieth-century reconstructions, halting illegal encroachments."

Iraqi authorities have long hoped the treasured historic site could became a go-to cultural hallmark both for Iraqis and for international tourists, part of a push to draw visitors to Iraq's thousands of heritage sites after the government declared victory over the Islamic State in 2017.

Large-scale exploration has not been launched in Babylon in a century, and the 2009 UNESCO report says archaeologists believe a great extent of the city's history remains to be discovered.

"Some parts of the city have been uncovered but much remains buried beneath the earth," officials wrote. "There is still a great deal to discover about ancient Babylon."

Because of incorrect information provided by The Associated Press, a previous version of the photo caption at the top of this story incorrectly described the structure in the photo as Ishtar Gate, which it is not. Additionally, we mistakenly said the ancient site of Babylon features hanging gardens. The existence of those gardens has not been definitively established. And we incorrectly said that Babylon had been listed as an endangered World Heritage site. Babylon was recently added as a World Heritage site, but it's not on the List of World Heritage in Danger.