Accessibility links
Iran Will Surpass Uranium Enrichment Limits, Officials Say Iranian officials announced Sunday that the country would take its second step away from the 2015 nuclear deal by beginning to enrich uranium above permitted levels. 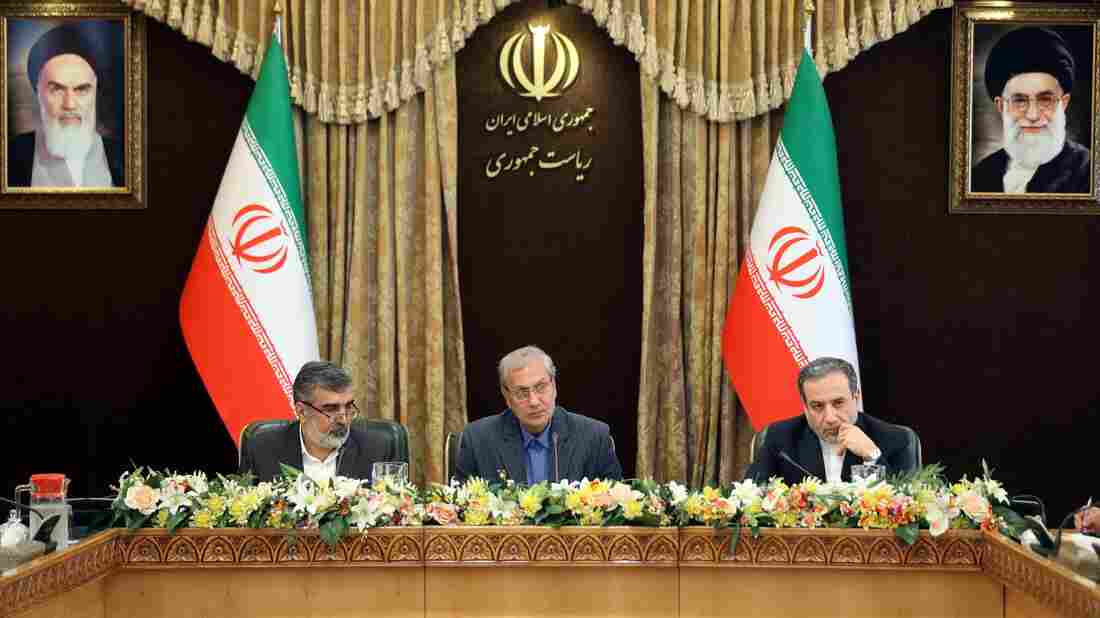 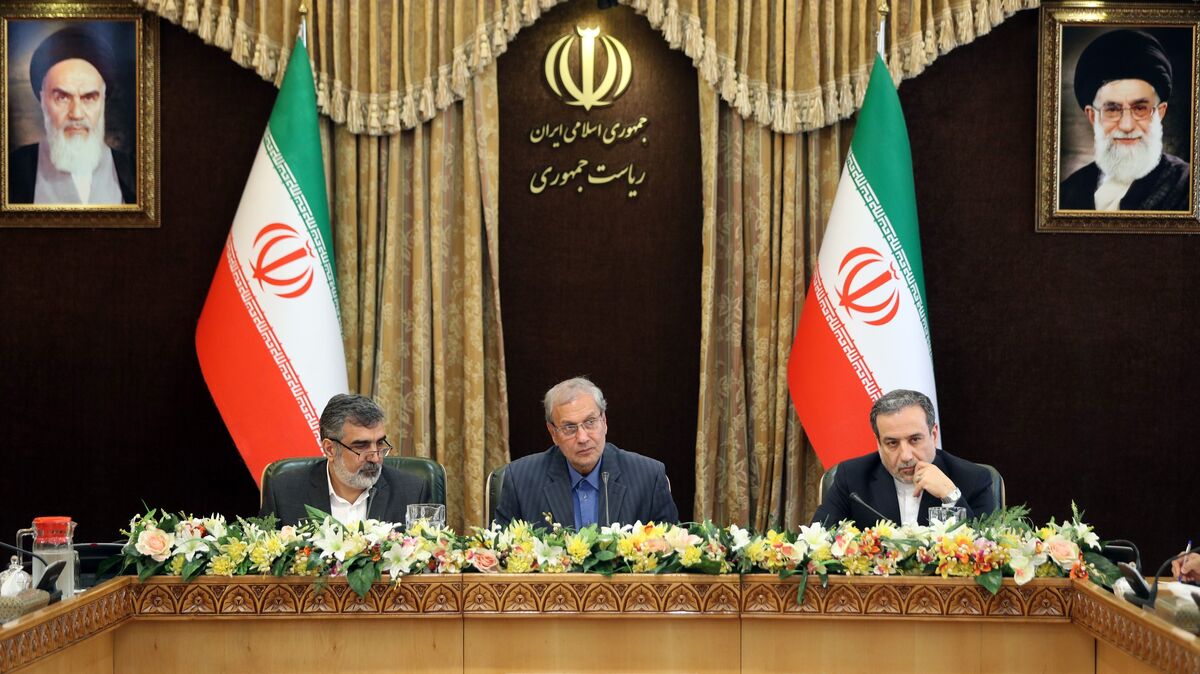 Iranian officials said Sunday that for the second time the country will exceed limits set in the 2015 nuclear deal, this time enriching uranium beyond levels in the agreement.

"Today we went beyond the 3.67% ceiling of uranium enrichment, and the level of purity will be fixed as per our need," Iranian government spokesman Ali Rabiei told reporters, according to state-run IRNA news.

That percentage, 3.67, was the percentage to which Iran had agreed to limit uranium enrichment and is far short of enrichment needed for making nuclear weapons.

Iran's deputy foreign minister, Abbas Araghchi, said Iran will take another step back from the deal in another 60 days.

The move is part of Iran's campaign to get economic benefits under the deal that it failed to realize because the U.S. pulled out of the deal last year.

At a news conference in Tehran, officials said the country was taking this second step back from reductions to Iran's nuclear program since the country had not seen benefits from the deal.

Iran blamed European leaders, who had pushed to salvage the deal, for not protecting the country from reimposed U.S. sanctions.

In May, Iran set a 60-day deadline for France, Germany, the U.K., Russia and China — the other countries signed on to the 2015 nuclear deal — to take measures to protect Iran from those damaging sanctions.

Sunday was that deadline.

But Araghchi said Iran considers the 2015 deal to be valid and wants it to continue, according to The Associated Press. Iranian officials said Sunday they are open to diplomacy.

The increase in enrichment levels on Sunday is Iran's second violation of the nuclear deal. Iran has already exceeded the limit, also set by the 2015 deal, for its stockpile of enriched uranium.

Velayati said Iran would go back to following its commitments under the 2015 accord if the U.S. and European countries "go back to fulfilling their commitments."

After the U.S. abandoned the deal in 2018, European countries have since had trouble maintaining their commitments under the accord as a result.

NPR's Peter Kenyon explained Saturday on Weekend Edition that Iran is "nowhere near weapons grade fuel," which is 90% enriched (the enrichment limit set out by the 2015 deal is 3.67%, an amount that is only useful in nuclear power reactors). But the combination of Iran having more fuel than the deal allows, plus possibly enriching it to a higher level, has been enough to cause significant anxiety over the country's nuclear program.

NPR's Geoff Brumfiel has reported that holding Iran to a 3.67% enrichment limit was meant to help ensure that if Iran ever decided to make a bomb, it would be about a year away from getting the uranium needed to do so.

The U.S. withdrew from the Iran nuclear deal — also known as the Joint Comprehensive Plan of Action (JCPOA) — in May 2018, and has reimposed sanctions it had previously promised to lift. The Trump administration is seeking to pressure Iran into negotiating a tougher nuclear deal and changing its behavior in the Middle East. Iranian Foreign Minister Mohammad Javad Zarif has said that as a result, Iran no longer has the responsibility to uphold the restrictions on enriched uranium set out in the deal.

The U.S. has called a meeting of the International Atomic Energy Agency, the U.N.'s nuclear weapons watchdog, to discuss the situation with Iran on Wednesday in Vienna. "The international community must hold Iran's regime accountable," the U.S. mission said in a statement.

The level of tension around Iran was exemplified on Saturday, when a U.K.-flagged supertanker came to a stop in the Persian Gulf and, according to NPR's Kenyon, set off concerns across social media. U.K. Maritime Trade Operations later weighed in to say that the ship, called the Pacific Voyager, had simply stopped so that it would arrive at its intended destination on time and not early.

The BBC reported earlier this week that British Royal Marines had seized a ship suspected of carrying oil from Iran to Syria — a violation of EU sanctions. An adviser to Iran's supreme leader Ali Khamenei then threatened to seize a British oil tanker in retaliation.

The U.S. Defense Department has deployed thousands of additional troops to the Middle East "for defensive purposes." The U.S. has also sent an aircraft carrier strike group to the region, along with Patriot missile batteries. The Trump administration has accused Iran of executing a series of attacks on oil tankers in the Gulf of Oman.

Last month, the White House imposed additional economic sanctions with the goal of targeting Khamenei and cutting his office off from financial assets — but as NPR's Franco Ordoñez has noted, it was not immediately clear what this latest round of sanctions can be expected to achieve.

Khamenei responded to the recent sanctions by saying they had caused "the permanent closure of the path of diplomacy."

Other economic sanctions imposed by the U.S. have had a significant impact on the lives of the Iranian people. The country currently faces double-digit unemployment, and inflation is estimated at around 40%. A health care worker in Tehran recently told NPR's All Things Considered that food prices "have soured three or four times," and sanctions have affected the availability and price of medicine and medical equipment.