Accessibility links
Cori 'Coco' Gauff Continues Sensational Wimbledon Run The 15-year-old was down a set and two match points, but she defeated Slovenia's Polona Hercog to advance to the tournament's round of 16. She is the youngest woman to advance this far since 1991. 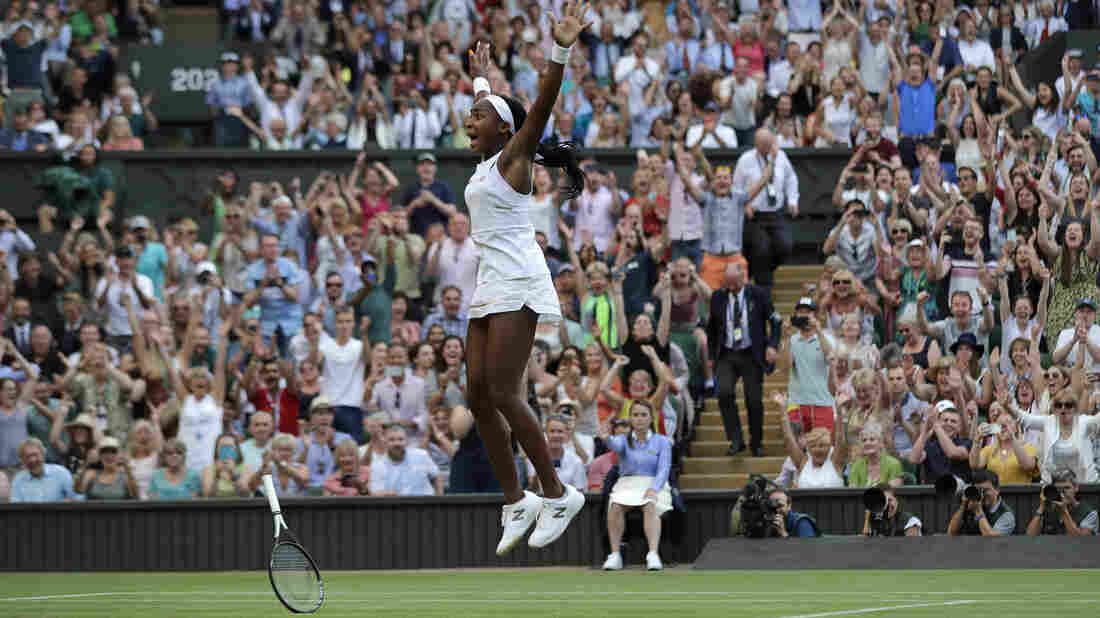 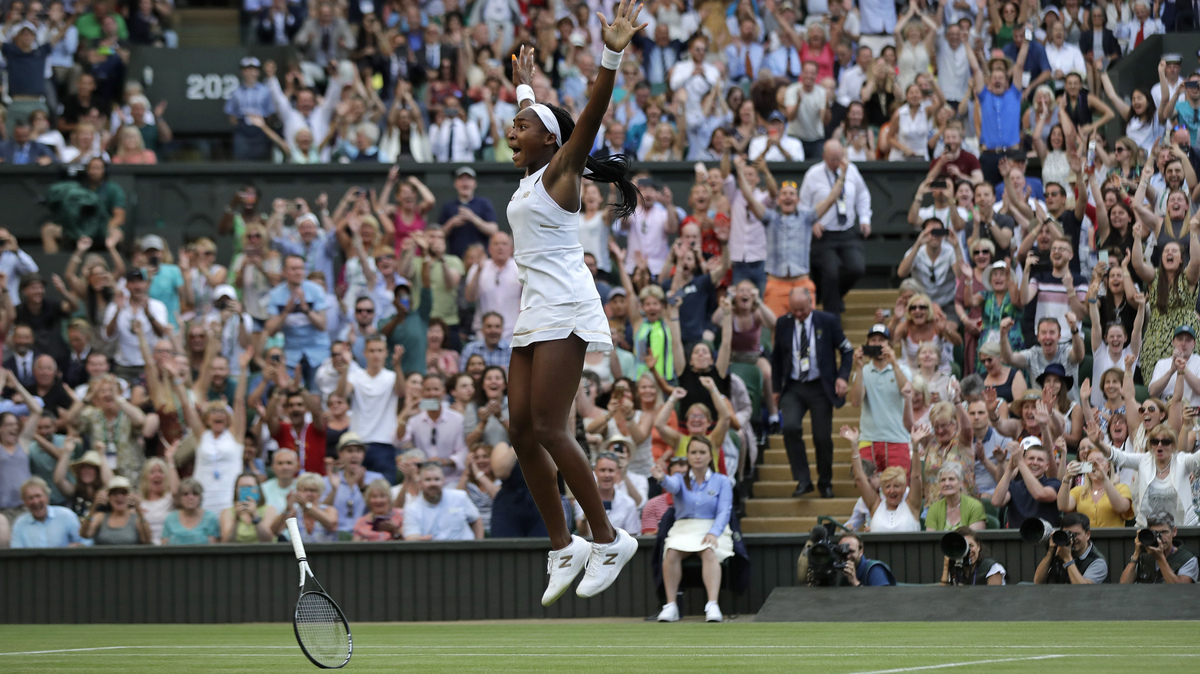 Cori "Coco" Gauff, the 15-year-old tennis player who defeated Venus Williams in her first-round match, has now advanced to the round of 16 at Wimbledon. She is the youngest player to advance this far in the tournament since 1991, when Jennifer Capriati made the semifinals as a 15-year-old.

Gauff was down a set and two separate match points in her third-round match against Polona Hercog of Slovenia on Friday, but she came back to win 3-6, 7-6 (9-7), 7-5.

In a press conference after the match, Gauff said she knew she could win, even when she was down 2-5 in the second set.

Gauff, the youngest woman to qualify for Wimbledon in the modern era, is playing the most high-profile matches of her career. She committed 43 unforced errors in Friday's match against Hercog, but she had just 18 unforced errors in her first two matches combined.

The comeback kid - and then some! 👏

"I wasn't really tired," Gauff said after the match against Hercog, which lasted two hours and 47 minutes. "I'm young. I have a lot of energy, and I'm used to playing two matches a day [in the junior tennis circuit]."

Gauff's age means that the Women's Tennis Association (WTA) restricts the number of events she can play. According to the New York Times, the WTA put the rules into effect in 1994, in response to burnout struggles faced by young tennis stars — including Capriati. A 15-year-old girl is typically allowed to play 10 professional tournaments in a year, but Gauff's successes have earned her a merit-based increase of two additional events.

On Monday, Gauff will face the tournament's No. 7 seed, Simona Halep. Halep won last year's French Open title and has reached four Grand Slam finals. Gauff said she has never played against Halep or practiced with her, but she's "familiar with how she plays just from watching her a lot."

Gauff, currently ranked 313th in the world, has been a dominant presence in the junior tennis circuit. In 2018, she won the Junior French Open and in 2017, at 13 years old, she became the youngest player to make the finals of the Girls' singles at the U.S. Open.

Venus Williams had won two Wimbledon titles by the time Gauff was born. Gauff said beating Williams, who she considers an idol, a real turning point for her in terms of fame.

"It was pretty surreal how life changes in a matter of seconds," Gauff said.

But Gauff has long been clear about her tennis ambitions.

"I want to be the best ever," Gauff said as a 14-year-old on the show No Days Off. "I want to be better than Serena, and I want to have that Grand Slam record one day."

Serena Williams, who has won 23 Grand Slam titles and holds an Open Era record, will face Carla Suarez Navarro in a round-of-16 match on Monday.

Friday's victory means Gauff has now earned almost $200,000 in Wimbledon winnings. When a reporter asked her how she planned to spend the money, she said she wasn't sure.

"I mean, I can't buy a car, because I can't drive," Gauff said. "I hate spending money to be honest, so I don't really know." She said she would maybe buy some hoodies from Jaden Smith's line of apparel.

The most unexpected attention Gauff said she had received came from Miss Tina Knowles-Lawson, mother of Beyoncé and Solange Knowles.

"[She] posted me on Instagram and I was screaming," Gauff said. "I hope Beyoncé saw that. I hope she told her daughter about me, because I would love to go to a concert."