Accessibility links
Suspected Gas Explosion Injures At Least 21 People In South Florida Shopping Center No fatalities have been reported in the immediate aftermath of the explosion, which occurred Saturday at a shopping complex in Plantation, Fla. 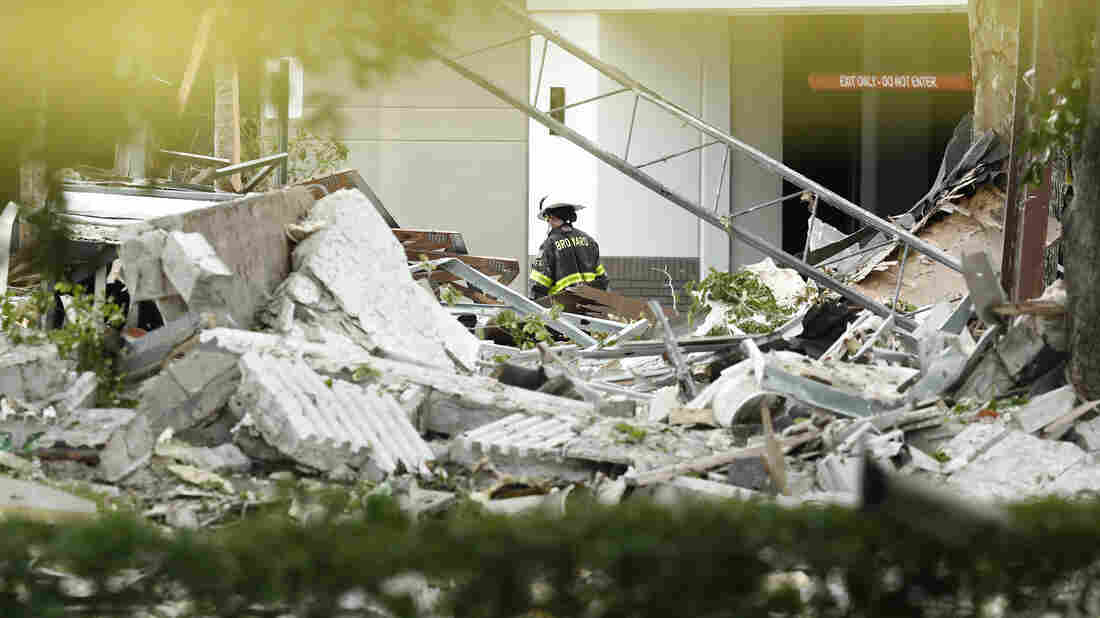 An official walks near debris after an explosion on Saturday in Plantation, Fla. Approximately 20 people are reported to have been injured in the blast. Brynn Anderson/AP hide caption 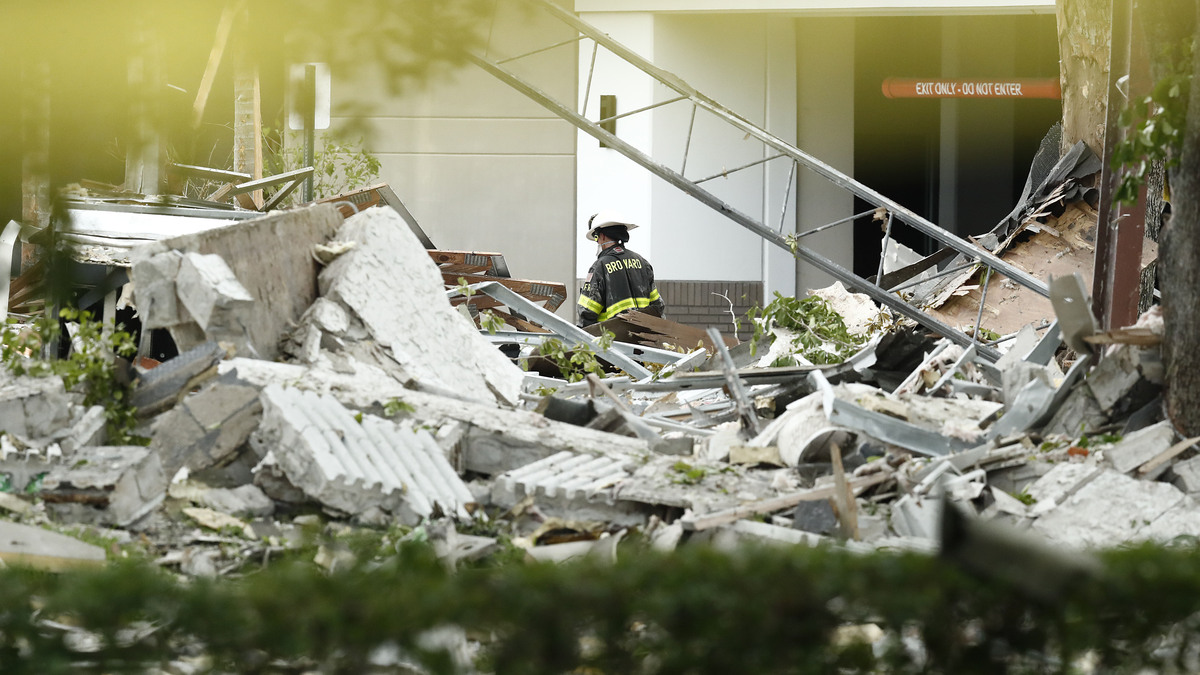 An official walks near debris after an explosion on Saturday in Plantation, Fla. Approximately 20 people are reported to have been injured in the blast.

A shopping center in Plantation, Fla., was rocked on Saturday by an event the town's fire department is calling a "possible gas explosion." It injured approximately 21 people and caused significant damage to multiple businesses. No fatalities have been reported in the immediate aftermath of the explosion.

DEVELOPING: Police and fire crews are responding to an explosion with "multiple patients" at a shopping center in Florida, officials said Saturday. https://t.co/XpM9jxGPcy pic.twitter.com/irj1FSEOGY

NPR's Wade Goodwyn reported that the blast, which occurred at the Market at University shopping center, scattered debris for hundreds of yard and blew the roof off one section of the complex. It was reportedly heard and felt from miles away.

After the explosion, only part of a vacant pizza restaurant's metal frame remained; an L.A. Fitness gym next door, which was occupied at the time of the explosion, had its windows blown out.

Guillermo Villa, who told ABC's Victor Oquendo he was in a nearby parking lot at the time of the explosion, said pieces of the building began to fall on his head.

"I went underneath my car, because there was so much debris flying, falling from the sky," Villa said. "It was raining big pieces of the roof, the walls, bricks, everything."

Joel Gordon, Battalion Chief for the Plantation Fire Department, told reporters in an afternoon press conference that the department received a call about the explosion at approximately 11:28 a.m. ET Saturday.

Gordon said that his department had "an approximate count of about 15 to 20 patients," but had not officially confirmed the number of injuries. He said two of the patients had serious injuries, and one of them had been categorized as a Level 1 trauma.

"A search has been completed of the building itself," Gordon said. "We're still searching the collapsed area for leftover victims, but at this point we believe we've accounted for everyone."

Gordon said there's uncertainty about the number of injured individuals because authorities are still encountering people who left the scene and then returned.

Gordon said there was an active gas leak when authorities arrived on the scene, where they found ruptured gas lines among the rubble. But officials have not yet determined that a gas leak was the cause of the explosion. Gordon also could not confirm where the explosion originated. Authorities have shut off the gas to the area surrounding the blast.

"As bad as it is, it could have been a lot worse," Gordon said, noting that no fatalities had been confirmed as of Saturday afternoon.

Gordon said that there were no visible flames. He said the structure ignited, and then the fire quickly went out.

A previous version of this story incorrectly stated that the Plantation, Fla., explosion took place at The Fountains shopping complex. The blast occurred at the Market on University shopping center.