Accessibility links
João Gilberto, Master Of Bossa Nova, Dies At 88 The Brazilian singer and guitarist, who won wide acclaim for his abundant technical skill and minimalist style, was behind one of the best-selling jazz albums of all time, 1964's Getz/Gilberto. 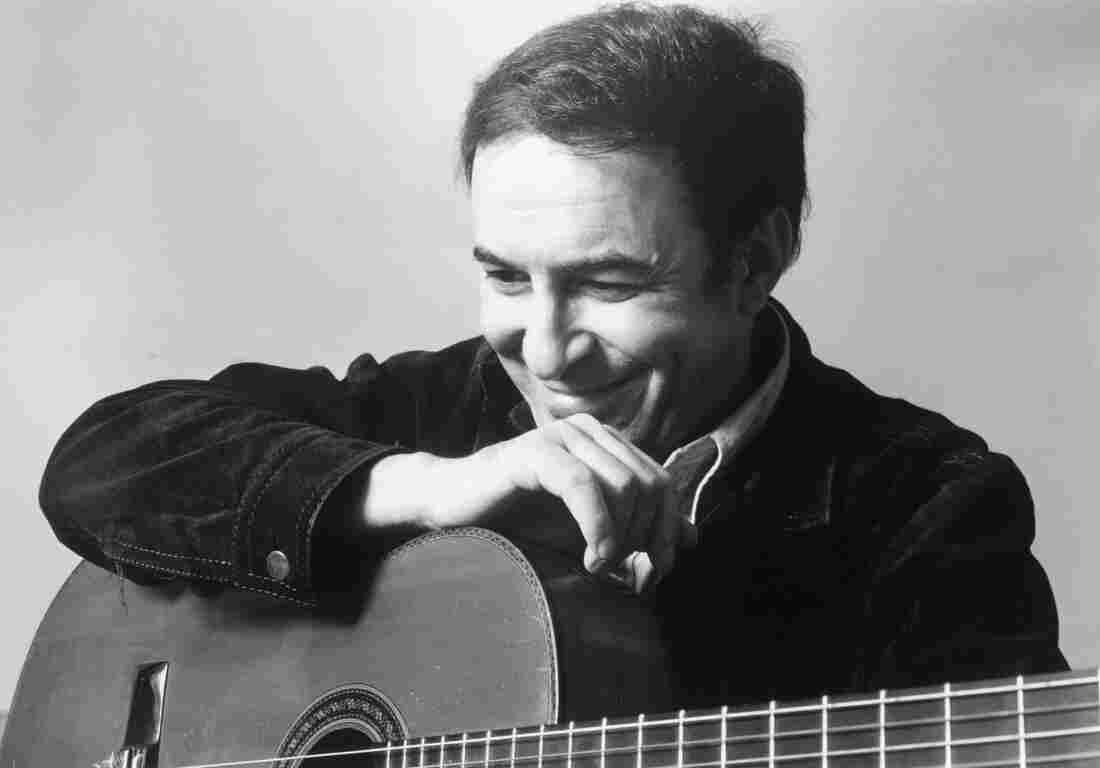 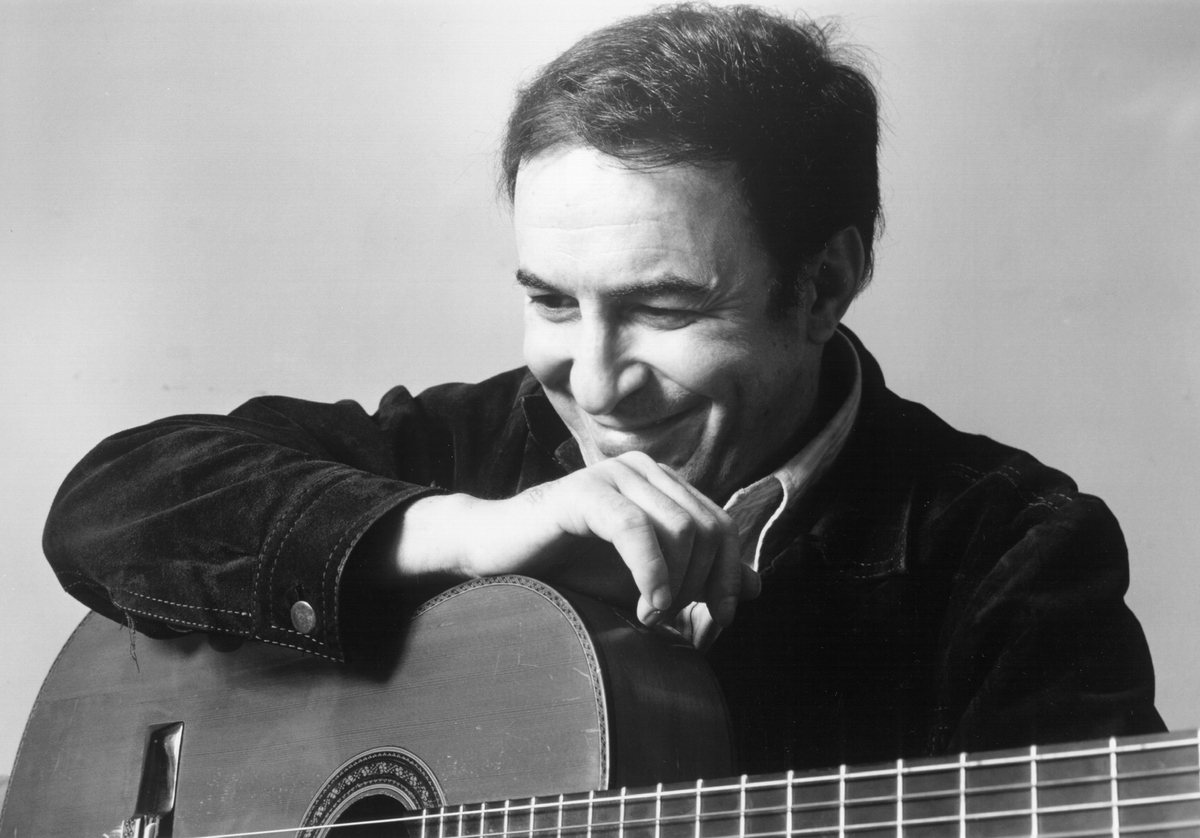 João Gilberto, one of the principal architects of the Brazilian musical style bossa nova, has died at his home in Rio de Janeiro, according to a Facebook post by his son. João Marcelo Gilberto wrote that his father, who was 88 years old, died following an undisclosed illness.

João Gilberto is credited by some with writing the first bossa nova, or new beat. This mid-20th century musical gift to the world drew on Brazil's African-influenced samba tradition, but was performed without the usual battery of drums and rhythm instruments, and at much lower volumes. Gilberto's intimate and nuanced style of guitar playing and singing, eventually central to the bossa nova sound, were reportedly developed in 1955 when he sequestered himself inside of a bathroom at his sister's house so as not to disturb her family and to take advantage of the acoustics provided by the bathroom tiles.

In the mid-1950s, Brazil was in the midst of a post-WWII modernization inspired by a new president who wished to move the country out of third world economic status. Gilberto's "Bim-Bom," often named as the first bossa nova song, came from that period, and soon thereafter, the style began to sweep Rio's cafe's and bars. Bossa nova's sophisticated sound became popular with a new moneyed class eager to move away from the more traditional samba sound of explosive drums and group singing. Rio de Janeiro was ground zero of the country's cultural explosion; Gilberto, composer Antonio Carlos Jobim and poet Vinicius de Moraes were the key architects of a culture shift that forever changed their country's musical point of reference.

The breakthrough came just before the end of the decade. In 1958 Jobim and de Moraes had collaborated on a recording of the song "Chege de Saudade" by another vocalist, but the song didn't become a phenomenon until Gilberto's version, with his softly percussive finger picking technique on an acoustic guitar and breathy vocals that matched the soft curves of the music. Gilberto's version became a hit in Rio and internationally, and launched the bossa nova movement.

Brazilian born pianist Jovino Santos Neto described the influence Gilberto's technique had on the music of that era as profound. "His uncanny ability to syncopate his vocal delivery, while keeping a simple groove was his trademark sound," Neto wrote to NPR from his home in California. "Several others tried to imitate him, with no success."

In 1961 the U.S. State Department had organized one of its goodwill musical ambassador tours to Rio and jazz guitarist Charlie Byrd caught some of the music and took the style back home, where he shared it with jazz saxophonist Stan Getz. Their 1962 album Jazz Samba was an immediate success in the US. The next year, Getz invited Gilberto to record together. The resulting album, Getz/Gilberto, featured compositions by the Jobim/de Moraes writing team, many of which became jazz standards over the decades, including "Corcovado," "Desafinado" and "Doralice."

The album's breakout hit featured Gilberto's then-wife Astrud on a sultry vocal of the song "Garota de Ipanema (Girl From Ipanema)." João sang lyrics in Portuguese, Astrud sang in English and Getz added an now-iconic tenor sax solo. It was a worldwide hit and won the 1965 Grammy for record of the year. Getz/Gilberto won album of the year and would go on to become one of the highest-selling jazz albums of all time, helping to cement bossa nova's soft, lulling beats and intimate vocals across the global musical landscape.

In the mid-1960s, less than a decade after the movement started, the music was pretty much silenced by a military dictatorship that clamped down an all outside political and cultural influences. Gilberto, who had moved to the United States after recording Getz/Gilberto, remained until 1980. Upon his return to Brazil he was heralded for his contributions and recorded with many of the younger musicians who had been part of the Tropicalia movement that incorporated rock and psychedelia into the subversive music aimed at the dictatorship.

Pianist Jovino Santos Neto says that Gilberto's restless musical spirit was reflected in the music he made upon his return: "When people started to think that he was a bossa nova singer of Brazilian tunes, he challenged their assumptions by applying his style to boleros, Italian songs, Gershwin and later to the pop music of Brazil."

Gilberto continued to perform well into the 21st century and has been recognized by every generation since his debut as a Brazilian musical pioneer. Well known to be a recluse, he spent the last years of his life alone in his apartment in Rio, trying to sort out various legal problems that had accumulated over the course of his storied career, while still holding a place of highest honor in his country's cultural legacy.

A previous version of this story suggested that in the recording of "Girl from Ipanema" by Stan Getz, João Gilberto and Astrud Gilberto, English lyrics sung by Astrud were a translation of the Portuguese lyrics sung by João. They are distinct verses.