Accessibility links
Total Eclipse Hits Chile, Home To Half Of World's Telescopes A lot of important astronomy is being done thanks to telescopes stationed in the mountains of Chile, where researchers are studying developments in space.

A lot of important astronomy is being done thanks to telescopes stationed in the mountains of Chile, where researchers are studying developments in space. 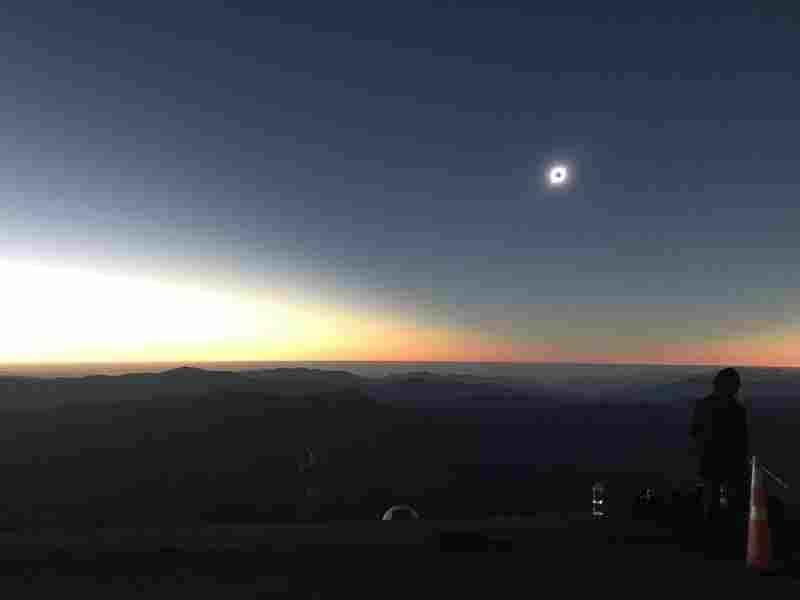 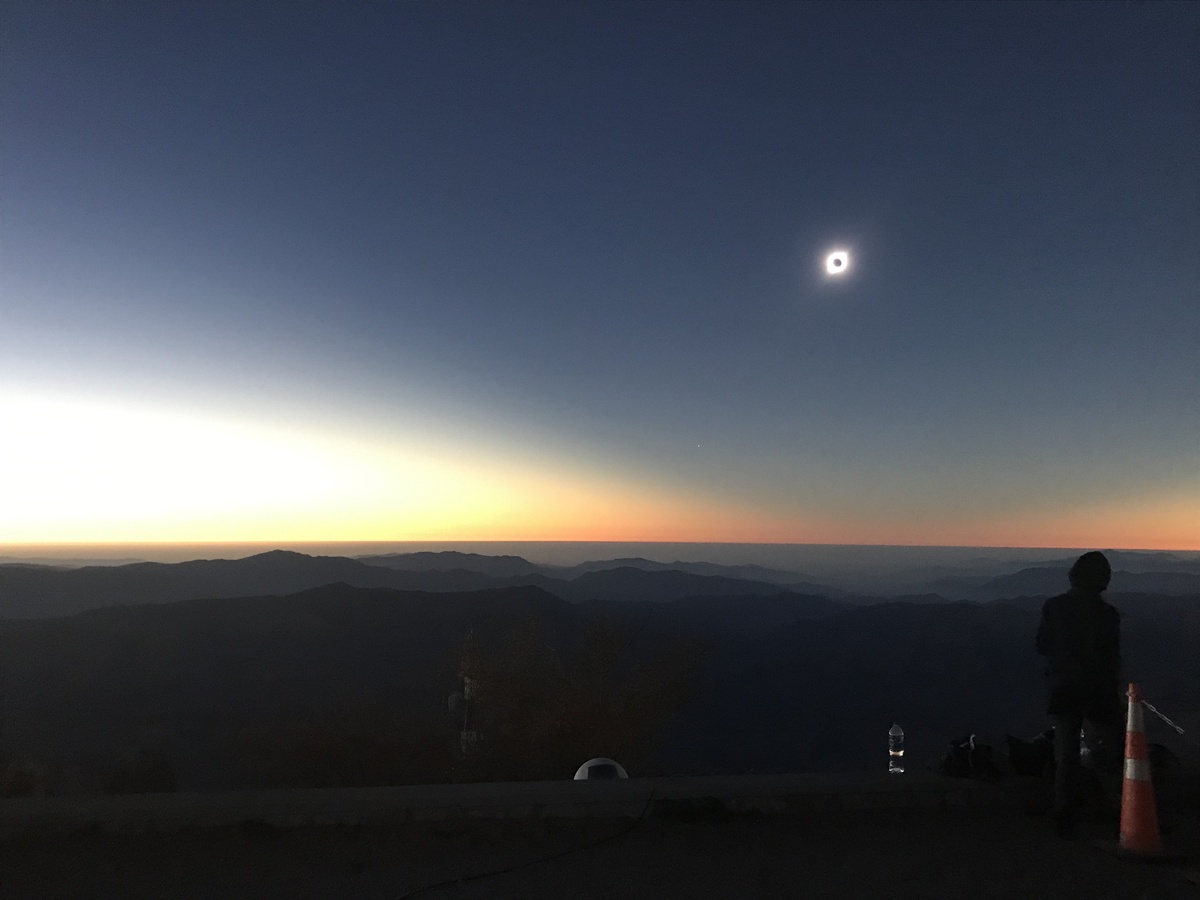 Sun over Pacific Ocean during total eclipse as viewed from the Cerro Tololo Inter-American Observatory.

Much of South America experienced a solar eclipse this week. NPR's Joe Palca went to Chile to see it in its totality. And because half of the world's major telescopes are in Chile, he decided to stick around and see what researchers are studying. And Joe Palca is with us now from 17,000 feet.

JOE PALCA, BYLINE: Hey, Michel. How are you doing?

MARTIN: OK. So where are you right now, exactly?

PALCA: Well, yes. As you said, I'm at 17,000 feet in the Atacama Desert. And this place is wonderful for viewing because it's so high, so the - most of the atmosphere is - well, it's not most below us, but a lot of it is below us. And the air is very dry, and the wavelengths that people want to study, the stars and galaxies at - up here, there's very dry air, and the wavelengths are not - they're coming through clear because water vapor absorbs wavelengths that they're interested in, so they want to get as far away from water vapor as they can. So they're up high. And there's other places here besides the Atacama that are in the Andes - very high, very good viewing - or seeing, as they call it in astronomy.

MARTIN: And is that why, as you told us, that half of the world's major telescopes are in Chile? Is that why they're all there?

PALCA: Well, yeah. It's because it's a great location. And the one I'm at right now is not one of the major telescopes. It's a smaller one. It's called CLASS - the Cosmology Large Angular Scale Surveyor. And what it's doing is looking for signals, traces of the earliest moments of the universe that were laid down in something called gravitational waves. Those gravitational waves have a certain property known as a polarization, and it should be possible to see that polarization left behind in the wavelengths that they're studying at CLASS. That's what they're doing here.

MARTIN: So where else have you been on this trip?

PALCA: Yesterday, I was at a telescope which I can actually see from here. It's not a single telescope. It's actually 66 dishes - like, you know, large satellite antennas - scattered across the Atacama Desert. And it's called ALMA - the Atacama Large Millimeter Array. And that's an international collaboration involving several countries - Europe, Japan, the United States National Science Foundation. This array can image dust.

Now, why do you want to look at dust? Well, it turns out that dust is what makes planets form. And so if you can observe the dust that forms around a young star, you can actually see where the planets are forming around that star. And it's kind of cool.

MARTIN: It sounds pretty cool. You know, when people think of telescopes, they think of something that shows, like, a tiny part of the sky. Is there anything there that allows you to see the big-screen version (laughter)? Let's call it that.

PALCA: Yeah. Yeah. Well, that's where I was a couple days ago - at the Cerro Tololo Inter-American Observatory. That's where I actually watched the eclipse from. But there's a telescope going up called the Large Synoptic Survey Telescope - LSST. And that looks at the whole sky, and it looks for things that are changing from one night to the next. And so it's sort of looking for things that go bump in the night. You can see maybe some star exploded, or a planet swam into your field of view or something lit up. So it's things that are changing over the night sky, and you can see the whole sky because it takes two nights for this telescope to image the entire southern sky.

MARTIN: You know what? You're just having so much fun, I'm afraid you might not come back.

MARTIN: So before - so just in case that happens, you were there for the eclipse. How was it?

PALCA: The eclipse - you know, people say, how was the eclipse? It was fantastic. How did it compare to others? I have no idea. It was the first one I ever saw. But the scientists seemed pleased that were watching it with me both as a scientific event and as a spiritual event. So it was a really good example of a total solar eclipse.